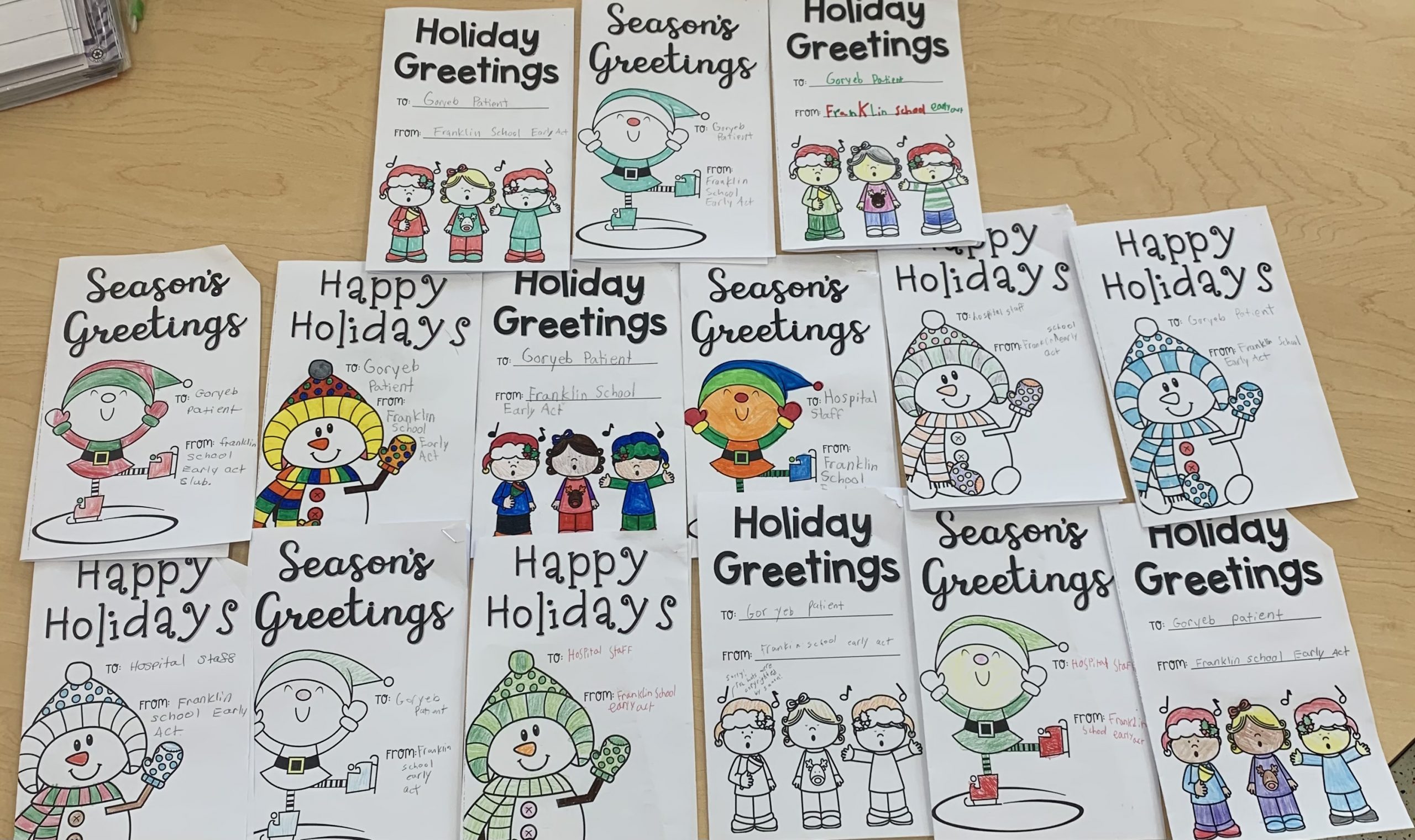 The four elementary schools in Roxbury Township each have their own Early Act Clubs comprised of third and fourth-graders who help volunteer to reach out to the community and to the world. This service club of elementary students is sponsored by the Roxbury Rotary Club.

At Franklin School, those fourth grade Early Act members created about 50 holiday cards before winter break for the staff and patients at Goryeb Children’s Hospital in Morristown, NJ.

According to the Franklin Club advisor and Kindergarten teacher, Jennifer Maurer, “The students brainstormed messages to write in the cards and colored holiday pictures. The cards arrived at the hospital on Christmas Eve.”

Across town, the Jefferson School Early Act Club completed two service projects in recent months. The first back in November. The Jefferson Early Act invited the whole school to make Veteran’s Day cards for veterans in the Veteran Hospital of Delaware. Jefferson Club advisor and Kindergarten teacher, Meghan Storm shared, “We were able to mail the cards to the vets and put huge smiles on their faces.”

Then in December, Early Act Club members decided to help out Roxbury Social Services during the holiday season by hosting a penny war among the students at the school. “We planned to use the money raised to purchase gift cards to help Roxbury families in need,” said Storm.

The class that raised the most money received a special Pajama and Stuffed Animal Day. Kasey Fox’s second grade class won the competition by raising $210. Overall, Jefferson Elementary School raised a grand total of $792 to help local families in need.