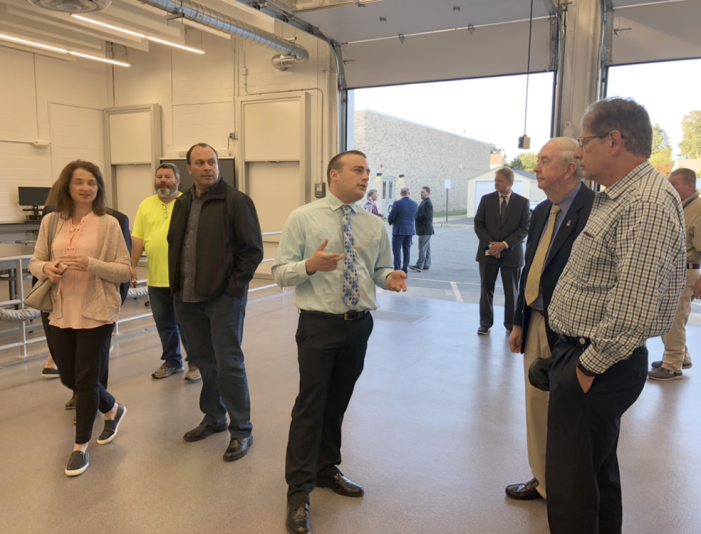 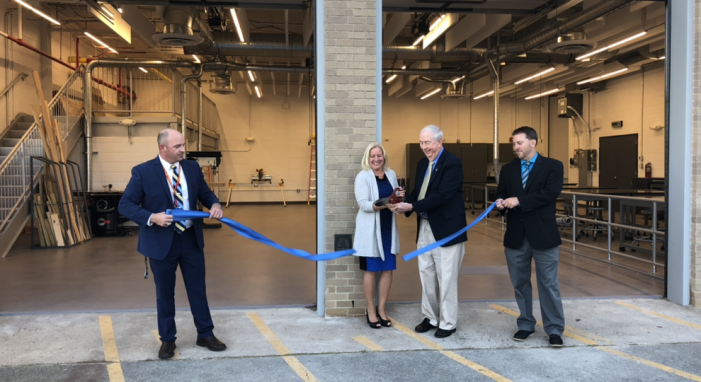 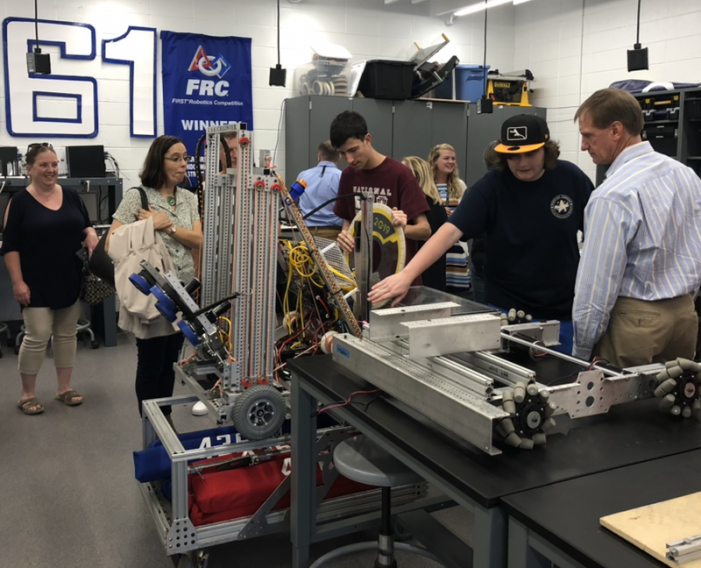 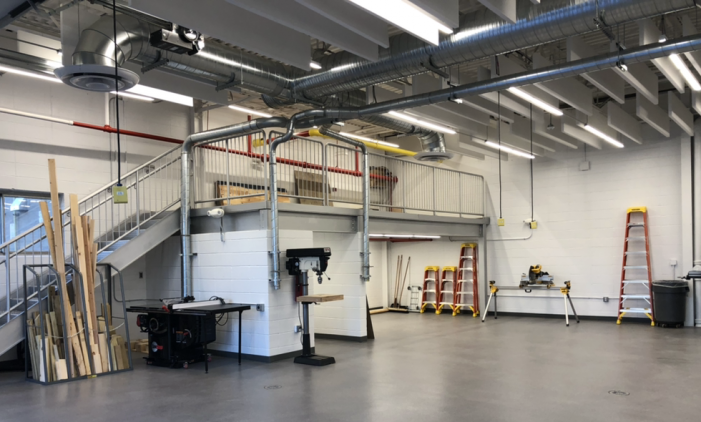 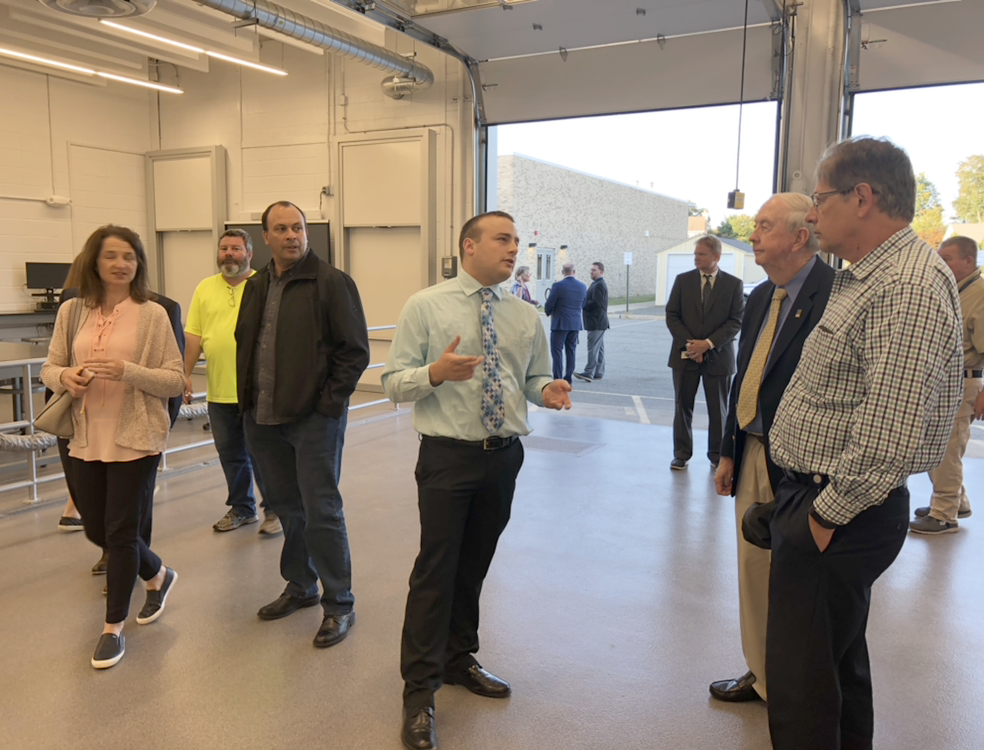 “About 2-3 years ago, the community was asked for input regarding a project called Roxbury ReImagined,” says Dominick Miller, second-year Principal at Roxbury High School. “After surveying the community, it was decided that our garage area would be ‘ReImagined’ to create Tiny Houses. The Tiny House program became our Structural Design and class.  As part of ‘Roxbury ReImagined’, the decision was made to create a Robotics lab to accommodate our growing program.”

Frank Caccavale, who is in his first year at the school as its Structural Design & Fabrication instructor, also alludes to the survey Miller mentions.  “’Roxbury ReImagined’ began several years ago with a survey of the community asking, ‘What are we not teaching in our schools that they would like to see?’ Skilled Trades and Robotics were at the top of the list. Our assistant superintendent of curriculum and instruction took that idea and ran with it, working with an architect to design the space and worked with other district administrators to begin to develop the curriculum and what the new program will look like.  I was hired last spring and was involved with the specifics and taking the course the final steps to implementation.” 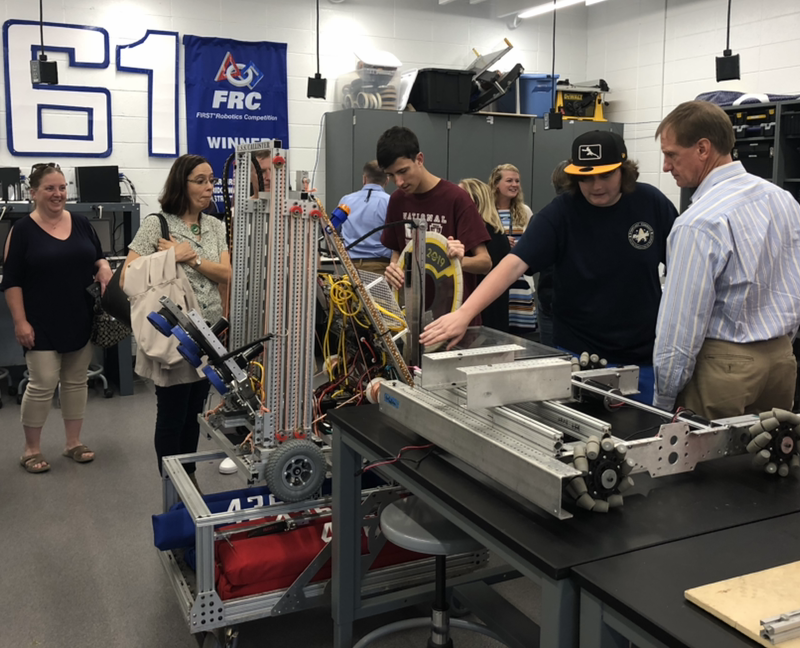 The lab, which is used primarily by the robotics team and the robotics elective classes, consists of two rooms. For both the team and the elective, for whom there was no lab, both working out of two computer science classrooms, the space is refreshing. Lee Hayden, the school’s Computer Science and Robotics instructor, describes the new, beneficial room. “One is the size of a large classroom, and the other is considerably smaller.   The larger room contains six workbenches with electrical outlets that can be pulled down from the ceiling, two desks, a data projector, shelves, and closets. Handheld power tools are used at the workbenches. The room also has four desktop computers and two 3D printers. Aside from the robotics team’s fabrication needs, this room also serves those of the robotics elective. The smaller room has the team’s free-standing power tools, including two drill presses, two miter saws, a band saw, a router-based CNC table, and a plasma CNC table.   There is a very large milling machine in the adjacent structural design lab.” The new space has obvious advantages. “One of the best things about the robotics lab is that it has an external door opening to the outside, and the adjacent structural design lab has a set of double-doors opening to the outside. The robotics team has many large unwieldy pieces of equipment and its competition robot usually weighs 120 pounds. With the lab, the team will no longer need to drag all of this equipment through the hallways of the school and up and down the freight elevator.”

Miller feels the new addition complements perfectly all Roxbury High School has to offer. “We are very excited about 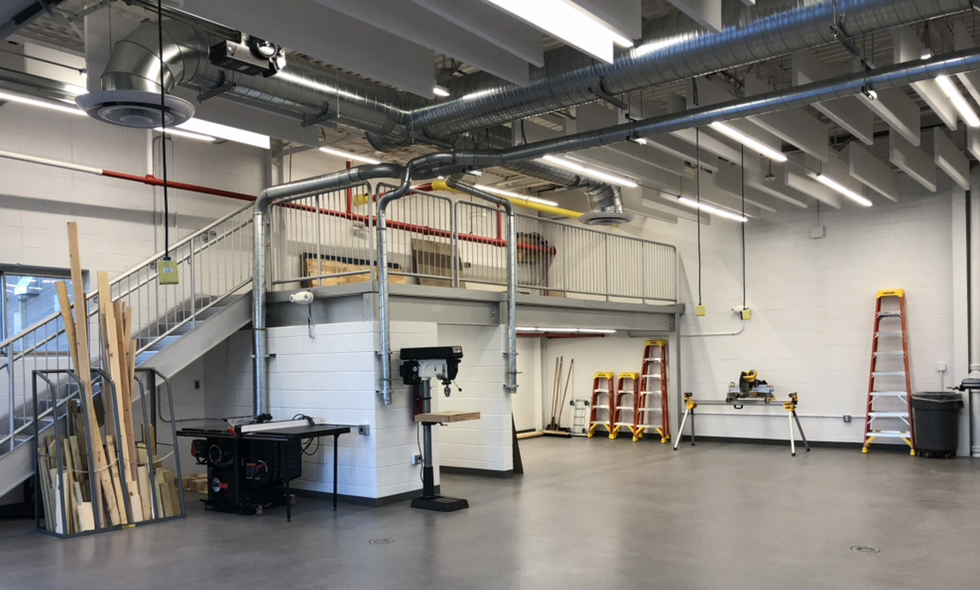 the new programs we are offering to our students.  Along with the Structural Design and Fabrication Room and the Robotics Lab, we also have created an Athletic Training and Physical Therapy Lab. This year we started a partnership with the Morris County School of Technology to bring students throughout the county to Roxbury High School for our Athletic Training and Physical Therapy Academy.  We have great programs to support Medical Sciences and it was a great fit.”

Hayden adds, “The motto of the Roxbury school district is ‘Preparing the students of today for tomorrow’, and the new robotics and structural fabrication programs represent the ongoing effort by the school district to fulfill its stated mission.”