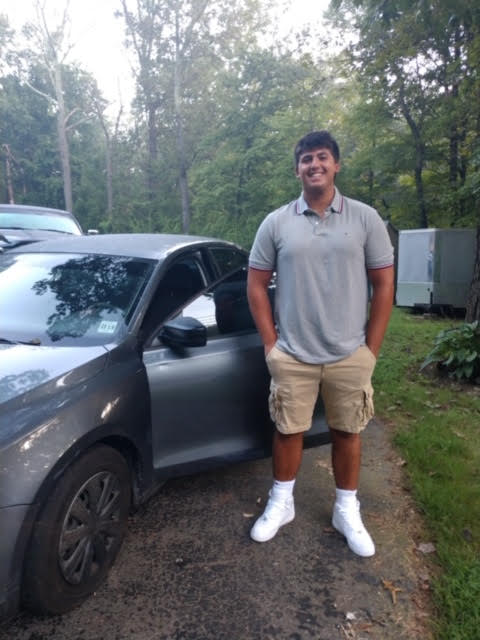 Christopher Caccavella, 17, was driving to Morris County School of Technology when he encountered a car that was blocking his lane on Route 80. He saw that the driver’s body was slumped over the steering wheel, pulled over immediately and called #77. The driver was barely breathing. Just then another driver, Denville attorney Matthew Troiano, pulled over.

Caccavella said he was nervous because he had never been in a situation like that but knew he had to do something. “I was just at the right place at the right time. I knew the driver needed help so I decided to help him. I didn’t know how serious his condition was when I stopped.”

Fortunately, Dr. George Mazpule, a gastrointestinal robotic surgeon at HUMC and The Valley Hospital, also stopped to investigate the situation. The car doors were locked so they broke the car window with a golf club that Mazpule had in his car, pulled the man out through the window and performed CPR on the unconscious motorist until the paramedics arrived.

The motorist who was slouched over his steering wheel is a 24-year-old deliveryman for Hansel ‘n Griddle in Denville. Although Mazpule’s position as a robotic surgeon doesn’t involve CPR and reviving patients like the one he was presented with, he knew from medical school that when a person’s face is purple, they are cyanotic–suffering from oxygen deprivation. The man had no pulse but his body was warm so Mazpule knew that the man had recently suffered a cardiac arrest.

The surgeon started doing chest compressions and explained to Troiano how to administer oxygen. Soon the police arrived and gave the motorist Narcan, an opioid antagonist that partially or completely reverses an opioid overdose.

The driver began to regain consciousness and started moving a bit, but Mazpule knew they had to continue the CPR for a while. Mazpule took the oxygen from the police officers’ emergency kit and administered it to the motorist. By applying an Automated External Defibrillator, Mazpule determined that the man did not need defibrillation.

After ten to twenty seconds the victim had a pulse and began coughing so Mazpule pulled him up into a sitting position.

During questioning, the police learned that the man had taken Kratom which is a psychoactive herbal extract that stimulates the same opioid brain receptors as morphine does. The effect of the herb was still apparent. The victim was taken to St. Clare’s Hospital in Denville.

The motorist was very fortunate that Caccavella, Troiano and Mazpule pulled over to see what was wrong. All three were modest and just happy they could play a part in helping the man. He’s also fortunate that one of the concerned fellow motorists was a doctor.

Caccavella doesn’t see himself as a hero but is glad he was there to assist the surgeon. By pulling his car over and calling #77, he was able to summon the ambulance (and Mazpule) quickly. The doctors at the hospital agreed that the motorist would have died if he hadn’t received treatment when he did.

The Roxbury police officers called his school to explain why he would be late for class.