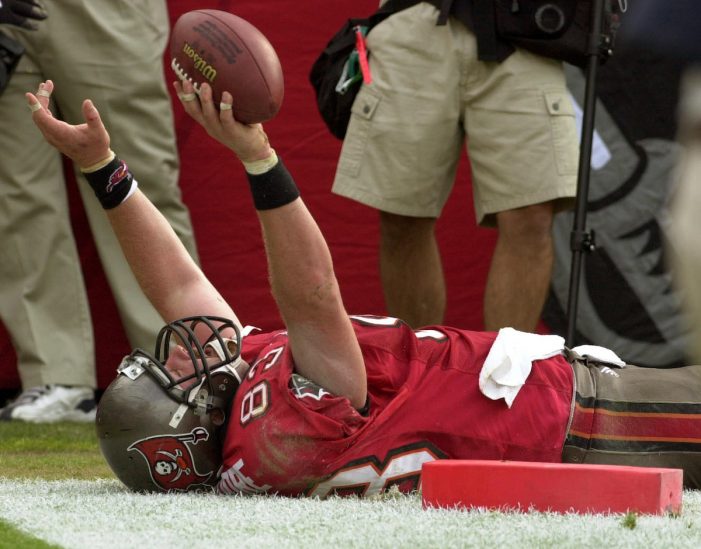 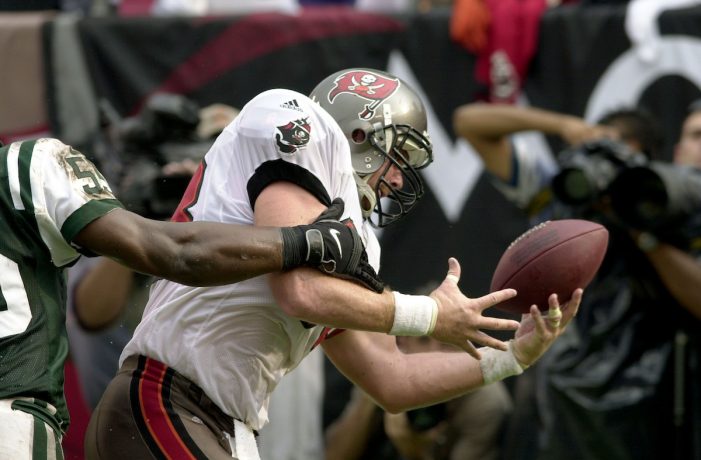 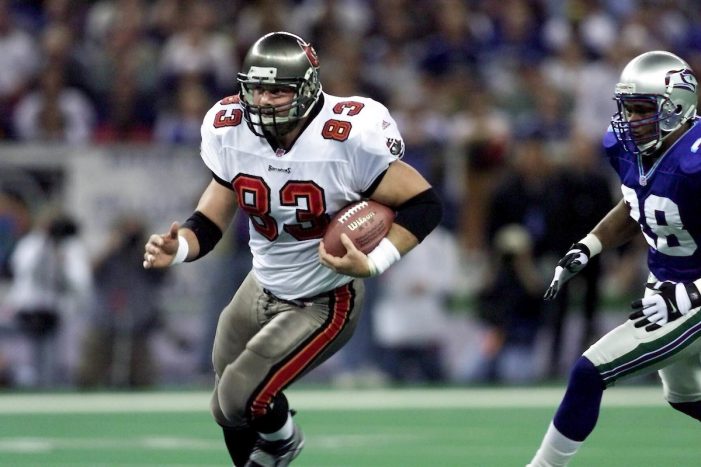 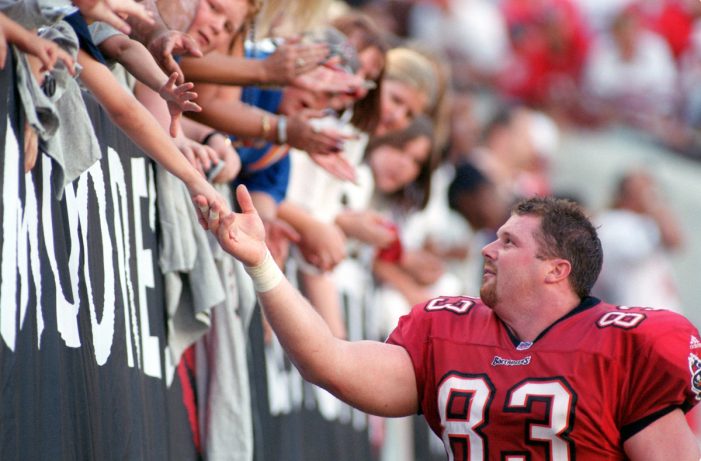 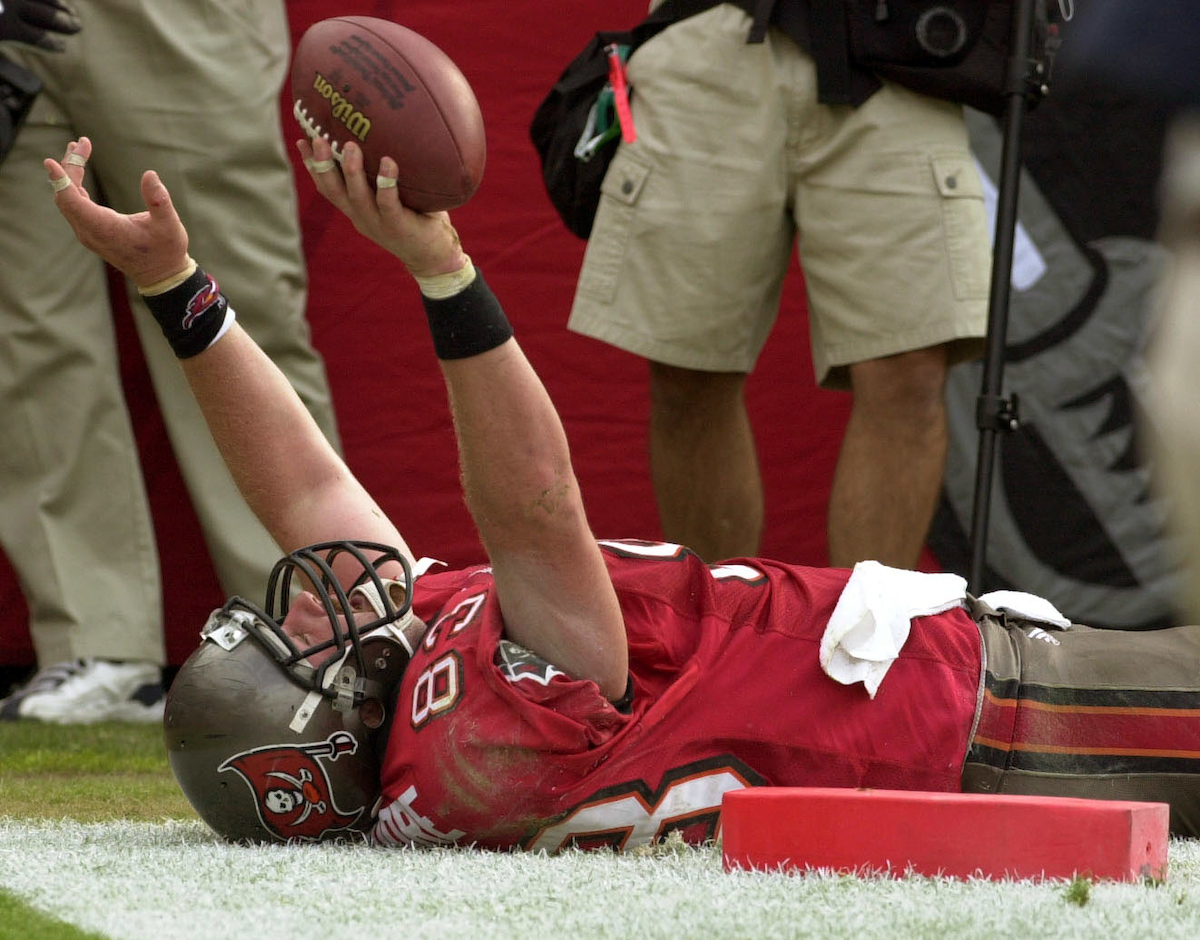 However, as paramount as the above is, so are his past gridiron exploits. Moore played sports locally at Roxbury High School and  was a tight end for 15 seasons in the National Football League, lining up at scrimmage for the Miami Dolphins, Tampa Bay Buccaneers, and Buffalo Bills.

Moore, who played for the Roxbury High School football team from 1985 – 1987, was both a New Jersey All-State player, as well as an All Tri-State (Connecticut, New Jersey, and New York) performer. He also took part in basketball, baseball, and track and field.

Moore has been a radio analyst for the Buccaneers since 2007 (his contract was recently extended through the 2021 season) and is also a partner in a seafood restaurant, the Island Way Grill in Clearwater. He and his wife, Ann, have lived in Florida for 25 years, and they are parents to a daughter, Halee, and a son, Jake. Even though 1,000 plus miles away down the eastern seaboard in a state he has lived in for 25 years, Moore is still fond of where he was raised. “Roxbury was a great place to grow up,” he says. “I actually lived in Port Morris, and it was great for us as kids because it was right on Lake Musconetcong, and it was by the railroad tracks. You had the Musconetcong River that connected Lake Hopatcong and Lake Musconetcong, so it was great for us with the woods and the lake, and we had a park in the backyard where we played every sport you could play.”

Moore went through the school system and then he and his football team attained  success together. “Those years 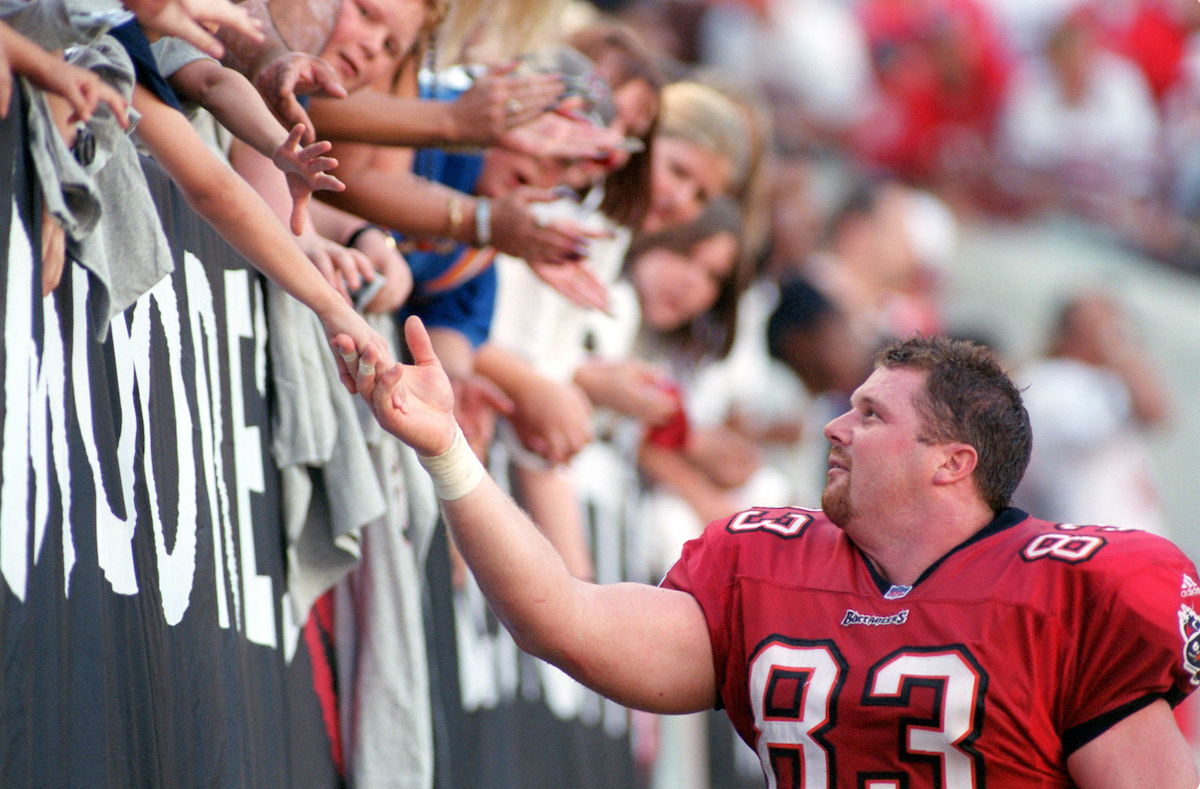 growing up in Roxbury, I don’t care who you are, they really define who you are and everything you carry with you for the rest of your life is really defined and molded. For me, it was a great experience; I still talk to my buddies from up there, and we still talk about the Roxbury days. We had a pretty good run in high school in football.” Moore also did not taste a title in Roxbury, the club losing in the state championship game two years in a row to gridiron powerhouse, Union – the second loss coming in overtime. “We had a close group of guys on that team.” He then adds, “And it was funny, even when I went on to college (the University of Pittsburgh) and the pros, when they (his high school coaches) were watching games on TV, they could always tell where I was by my stance, that they taught me while I was in high school.”

Moore, who was selected to the NFL Pro Bowl in 2007, and for his career caught 207 passes for 2,028 yards and 28 TDs, is asked about one commentator coining him “reliable” during a Tampa Bay game, and he agrees. “Yeah, I wasn’t a guy who would get a ton of passes. You’ve got the wide receivers, and at that time, the Bucs were primarily running the football – you had (Mike) Alstott and we had Warrick Dunn – you had a really good defense, so we really didn’t throw it a ton. But for sure, when they needed a first down or needed a touchdown in the red zone, I was definitely on the top of their list.” Moore never played for a Super Bowl winner, but he and the Buccaneers came close, falling in the 1999 NFC Championship game to the St. Louis Rams, 11 – 6. 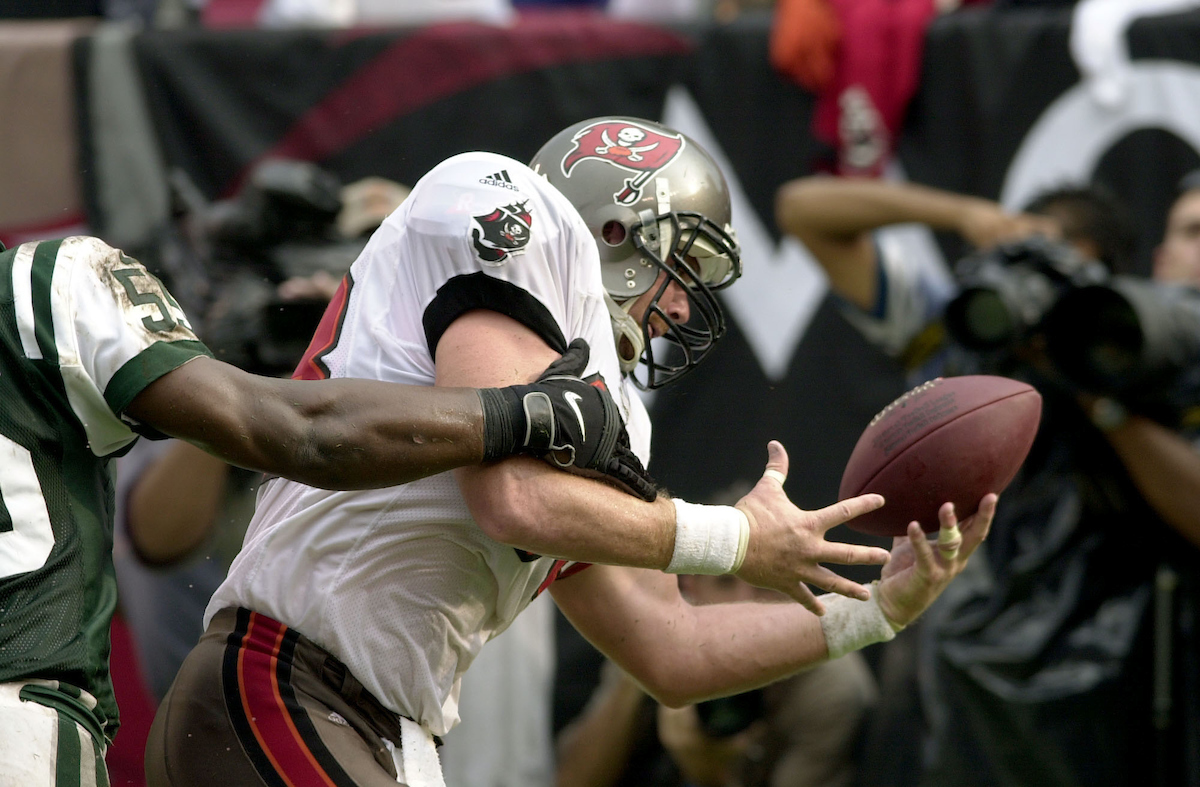 Moore was on the receiving end of passes from two Super Bowl winning quarterbacks, Trent Dilfer and Brad Johnson, and two others who made it to the big game, Drew Bledsoe and Dan Marino. The best of the four, he feels, was the one he spent the least amount of time with as a teammate. “Dan Marino. I caught the most touchdowns from Trent Dilfer – who won a Super Bowl with Baltimore (Ravens) – but I seem to be on the same page the best with Brad Johnson. I also played with Drew Bledsoe up in Buffalo. I played with a lot of quarterbacks,” he says while laughing. As for the toughest opponent to face and a specific individual, Moore doesn’t hesitate. “The opponent that was always rough was Green Bay. The division we were in was the NFC Central back in the 90s, and I think I played up there 12 times and only won once. Reggie White was by far the toughest guy to block. And I tried a lot of times, but when he really wanted to go, he was a tough guy to stop. If you look at his highlight film, he was throwing around 320 lb. guys.”

Moore is most grateful for the experience to play professional football. “I’ve had 15 surgeries, a few broken bones, a collapsed lung, some concussions – all of these things along the way,” he says. “But the opportunity to play, and the experience you had with the other players – that’s the stuff you miss.”

“Yeah, some of the memories of catches and games were great, but you miss the guys that you do it with. That’s for sure the high mark that you’re grateful for.”