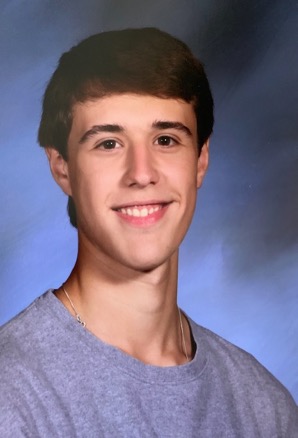 Since he was only 11 years old, Succasunna teenager Landon Monro’s Stand Up to Cancer Baseball Tournament (SU2C) in Roxbury has raised more than $24,000 for cancer research, and that his tournament is back on June 15th at the Righter Road baseball fields.

The fundraiser is open to players of all ages – adults can play softball – and costs $26 per player. As its purpose is to raise as much money as possible, the tournament is more about fun and support, and not so much about competing and winning in order to encourage more people to come and help in this great fight.

Monro, now a 17-year-old Roxbury High School junior, and his family and friends in the community anticipate the June 15th fundraiser will be greater than the previous five due to its increasingly educated and popular local support.

“I’m overwhelmed at the response that Landon continues to get from our community,” shared Landon’s mom, Dayna Monro.

Landon, who plays catcher for the Roxbury High School Baseball Team and the Sussex County-based Miners travel team, and is entirely devoted to baseball, was inspired to help however he could, at the youthful age of 11, while watching a Los Angeles Angels game on TV. During the baseball game, fans in the stands held up homemade signs that displayed the names of people in their own lives who fell victim to cancer – a popular activity promoted by Stand Up to Cancer, a non-profit group that establishes grants for inventive and combative cancer research.

He was so affected by this showing of support against cancer, that Landon asked his mom right then and there if maybe he could figure out a way to help in this great cause.

“I said, ‘Landon, you’re only 11 years old, isn’t this a little too big of an idea? I have no idea how we would begin,” shared Dayna.

“But Landon thought we could go to local businesses and restaurants and ask the people there if they would help,” she said. They wrote a letter to SU2C, who responded with such acclaim and support that the idea of an informal charity baseball tournament was conceived, and with help from Rick Warsaw of the Roxbury Baseball Association, they made it happen, and each year the donations continue to grow.

“If I can help in some minute way by running my baseball event each year, then at least I know I’m doing my part to conquer this disease,” Landon said.

Sadly, the fight against cancer became personal for young Landon and his family a few years before. Landon’s 53-year-old uncle, Keith Monro, died less than two weeks before the first tournament began.

“Cancer affects so many people. I believe we must research everything we can about cancer to discover a cure. Doing so is costly but necessary,” shared Landon.

Both Landon and his sister, Lindsay, have been working hard all winter in preparation for this year’s baseball fundraiser, hoping for more sponsors and an even bigger turnout this June.

“Through this process, I found there is no better feeling that every penny I raise is a small step to fighting a big cause. I’m proud to be a part of this fight,” said young Monro.

“To say I’m proud is an understatement. He took it on at such a young age and has kept going with it. He won’t quit. And after the first tournament, he learned how to get it done each year by himself, on his own. It’s more than just reaching $10,000 or $20,000 for him, and when people tell him how great it is that he has done and keeps doing so much, he shrugs it off because he doesn’t want credit and doesn’t care about accolades, he just becomes more dedicated and wants to help,” shared Dayna.

The Roxbury Stand Up to Cancer event is seeking contributions from non-players in the form of donations and sponsorships, as well.