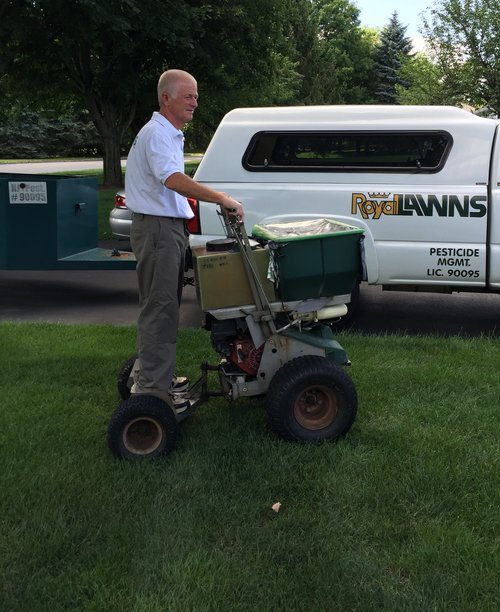 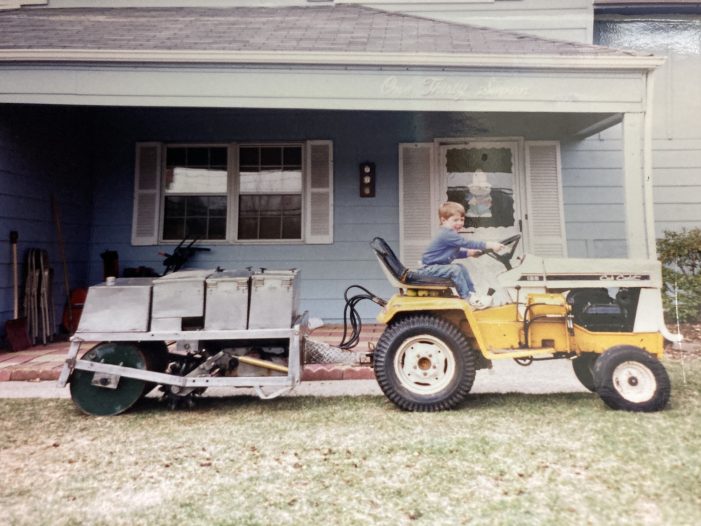 Over 50 years ago, Joseph DeSantis, who had an accounting background, was working for Popular Club Plan, but was tiring of the corporate world.

He exited the indoors and headed outdoors, initially owning a part of and working for Lawn King, and then parted ways with them and in April, 1972, started Royal Lawns.

“He was looking to get out on his own,” says Jim Drury, current owner of Royal Lawns along with his wife, Annemarie, who is Joseph’s daughter. “And some Lawn King people came along, and shortly after that, they were dividing up areas, and that’s when he decided to do a different company, and they became Royal Lawns.” The new name was the brainchild of Annemarie’s mom, Yolanda.

DeSantis covered a lot of ground in the early days. “He had the Morristown area, Boonton area and Clifton area,” Annemarie says. She and Jim met in 1983, and when the Royal Lawns coverage area increased, DeSantis asked his daughter, “Do you have a strong enough relationship? Do you think I can ask him to work for us?”

Jim joined the Royal Lawn team in the spring of 1985, he and Annemarie married in 1988 and, when DeSantis was ready to retire, they bought Royal Lawns in 1991. “We’ve technically owned it longer than my father had, which I find amazing,” Annemarie says.

Over the years, as other lawn care treatment folks retired, Jim bought out their businesses, thereby increasing his coverage area. Royal Lawns of New Jersey currently has about 1,200 customers, and the biggest areas are the Chatham, Clifton, and Morristown locales, and Morris County itself. “We have four total,” Jim says when asked how many people work for Royal Lawns. “We have one office person, and we have three of us out on the job including myself. We will be hiring another person this year because we grew tremendously last year.”

Royal Lawns does no lawn cutting or mowing, just the seeding and fertilizing end of it. “My little spiel I use is, ‘We do the seeding, fertilizing, weed control; everything to make your lawn nice and green for somebody else to cut,’” Annemarie says.

But there’s much more. “What makes us different than the other companies out there is we offer a complete program,” Jim says. “We seed the lawn, we fertilize the lawn, we aerate the lawn. Everything that we do is in our costs, and other companies charge extra. That’s the big, big difference between us and most companies.” He also adds, “If there’s a problem, we’ll take care of it. It’s not bits and pieces; we’re giving you the whole thing. I’ll walk away from somebody if they say, ‘My lawn doesn’t need this or doesn’t need that.’ I will tell them, ‘If we’re doing your lawn for five years, it’s going to need these things. You may not think it right now, you may not have grubs this year, but you may get it in the next two years.’ And sure enough, most of the people come back to us a couple years later saying, ‘You were right with that comment.’”

Royal Lawns tackles many lawn issues, including weeds, fungus and insect control, and also offers a deer repellant program, but there’s one issue that Jim Drury and Royal Lawns see most often. “Crabgrass is probably the number one issue that people care about. In our case, we’re going to seed your lawn first and then we’re going to get the crabgrass control down. We’ll do all the seeding in the fall, and then as the lawn gets better, they’ll get the two crabgrass controls early in the year.”

And then there is the longevity part of the equation. “We have people with tremendous experience,” Jim says, adding that some Royal Lawns lawn care experts are in the business over 25 years. “What we give you is a lot of experience coming to your lawn.”

In addition to the Royal Lawns knowledge and experience, honesty is an important part of the way they do business. “We don’t nickel and dime people,” Annemarie says. “They know what their cost is.”

Jim adds, “The one thing that I’ve learned over the years is you want to be as honest as possible with the people, because they just want to know that somebody is coming to their lawn who’s going to be able to take care of their problem when they have one. There are very few people who don’t have a problem during the year. We’re going to come and do their service, but if it needs something extra, we’re going to do it then. They don’t have to call again.”