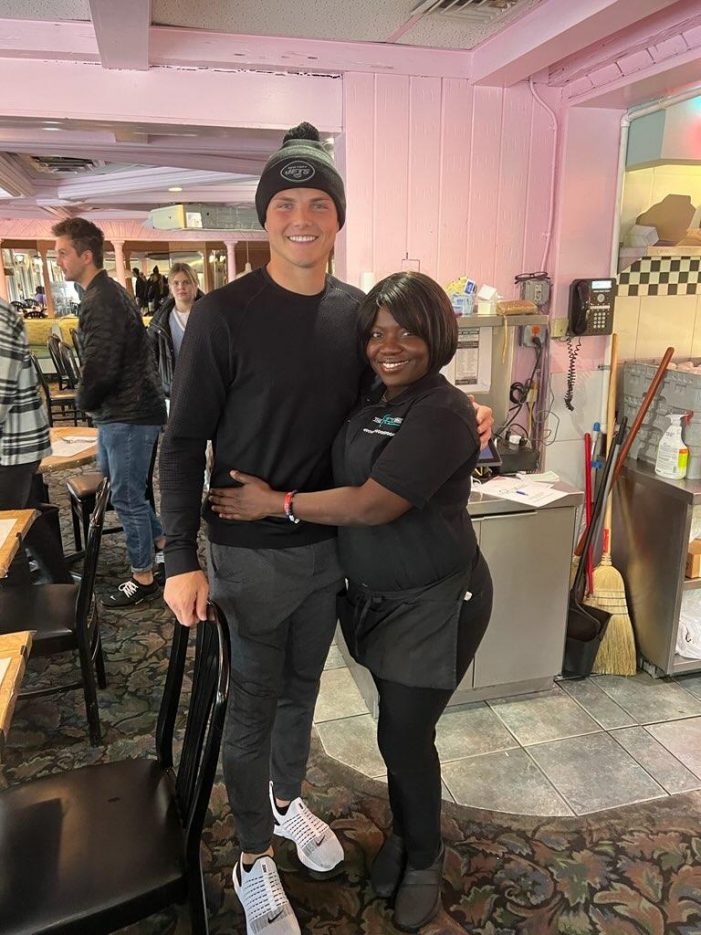 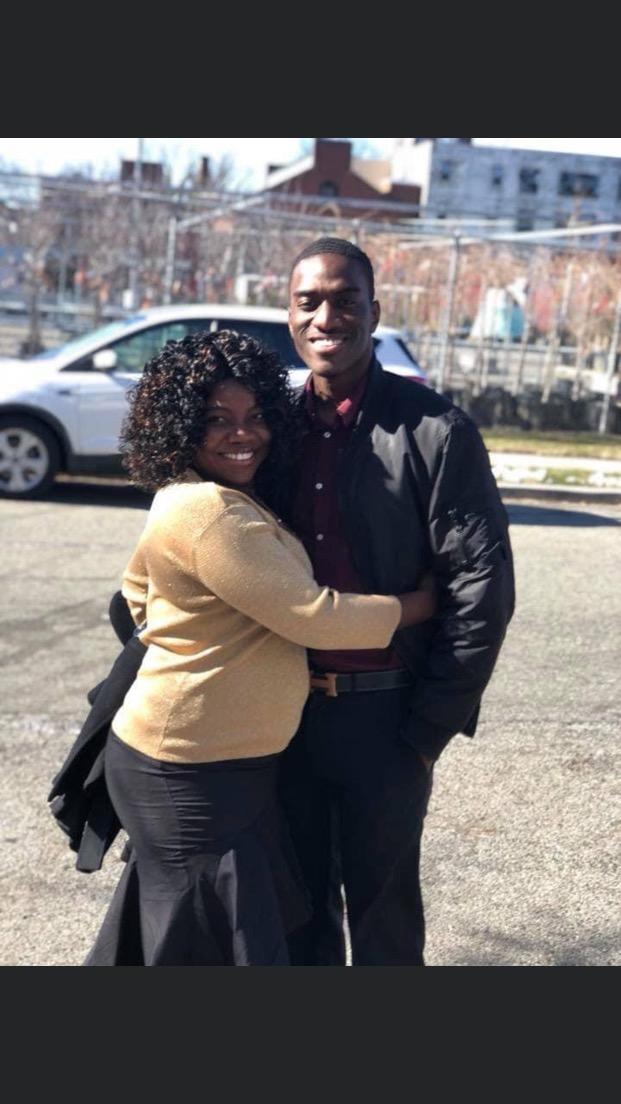 When Kensia Thelusma on Christmas Day, 2021, arrived to her waitress job of 12 years at Livingston’s Ritz Diner, little did she know that she and her son, Scott, would be recipients of a very special gift.

Oh, and by the way, Santa Claus now wears green! More to come.

Thelusma that morning had a special customer she was serving at one of her tables, although at the time she was unaware of it. She started talking with the mom in the group about the big family she had, and said to her, “Oh my goodness, one day that’s going to be me.” She also mentioned to the woman that her son had just hosted his first Thanksgiving at his new apartment, and she envisioned her big family taking many seats around the dining room table one day. “We were talking,” says Thelusma, “but at the time, I didn’t know who they were.”

She was about to find out. After she dropped off their meals, a regular customer of hers called her over, and said, “Kensia, do you know who that is sitting at that table? It’s the quarterback of the (New York) Jets.”

I said, ‘What?! Are you kidding me?!’ Thelusma says with a laugh. “And he said again, ‘Yeah, that’s the quarterback of the Jets. That’s Zach Wilson.”

Wilson, the first year starting quarterback out of Brigham Young University, was breakfasting at the diner with his family. Thelusma, whose son, Scott, has been a big Jets fan since elementary school, got very excited. “When I went back over to the table, I asked, ‘Are you Zach Wilson?’ And he said, ‘Yes, I guess I am.”

Thelusma explained to Wilson that Scott was a huge fan of the AFC East club, and then left he and his family to enjoy their meals. “However, when you’re done eating, you’re going to be mine,” Thelusma told him, “so I can take a picture and get an autograph.” At that time, she also FaceTimed her son and excitedly said, “Guess who’s sitting with me?” and extended her phone to him (Wilson). “The reason that nobody could hear my son scream is because my phone is not good. But my son said, ‘Oh my God, Zach Wilson…I’m a big fan of yours!’”

After their meal, Wilson approached Thelusma to take the picture and sign an autograph. The QB had another surprise for Kensia and Scott. “After we finished taking a picture, he said, ‘How would you like to go to tomorrow’s Jets game?’ and handed her two tickets to the next day’s game against the Jacksonville Jaguars.

Scott went to the Sunday afternoon contest with his girlfriend while his mom was serving at the diner. It was a great day for the Jets. They defeated Jacksonville, and Wilson scored a touchdown on a run of 52 yards, the longest run for a quarterback in Jets history. Scott even called his mom from the stadium to report the news. Wilson’s 82 total yards rushing was also a Jets quarterback game record.  This was also the first game in Jets history where they had a run from scrimmage of over 50 yards and a kickoff or punt return of over 100 yards. Braxton Berrios, Wilson’s key target at wide receiver as well as being a return man, contributed the latter.

Thelusma speaks with gratitude of that holiday morning. “I was working on Christmas, and as a parent, it’s something that I’ve always wanted to give my son. I wanted to give him a ticket to go see the Jets, but I was never able to afford it. So, when he presented them to me, I said, ‘Stop it. You’re lying to me!’ And then he said, ‘No, I’m not lying.’”

“It was priceless!” she says.