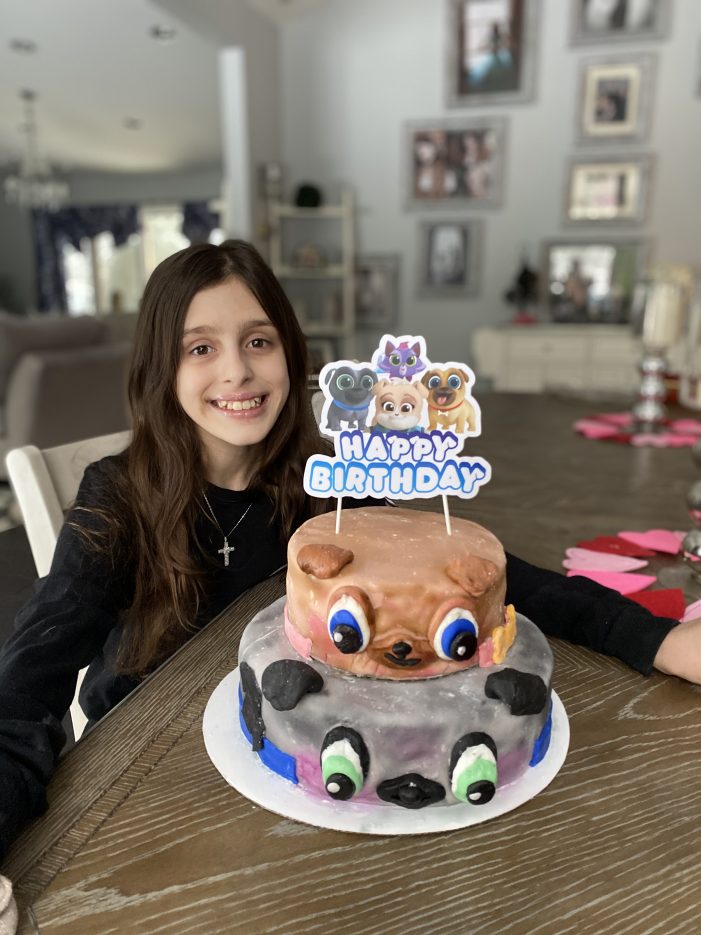 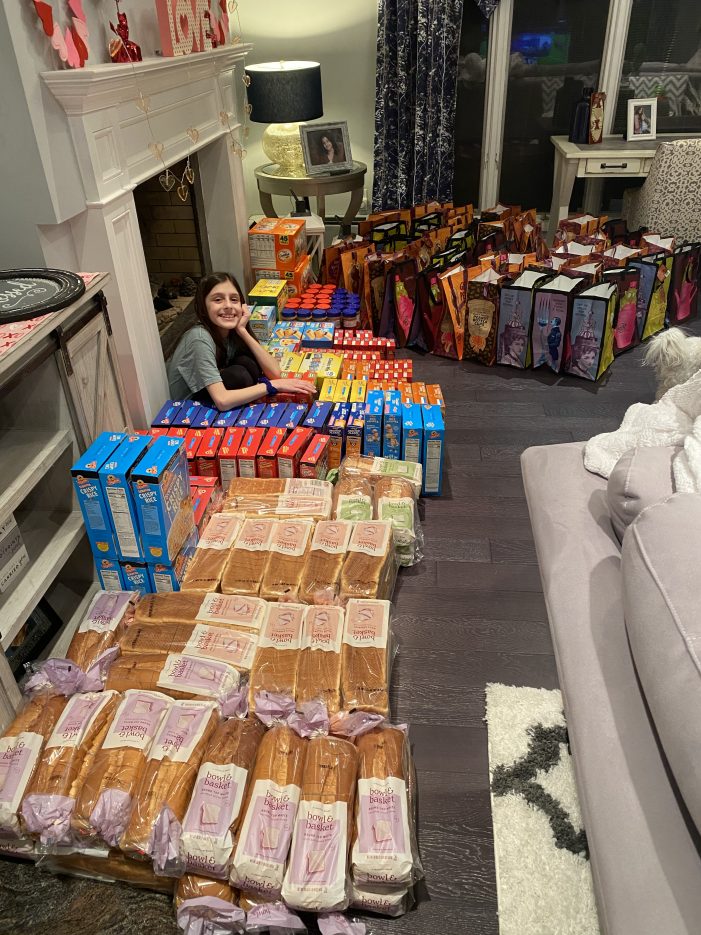 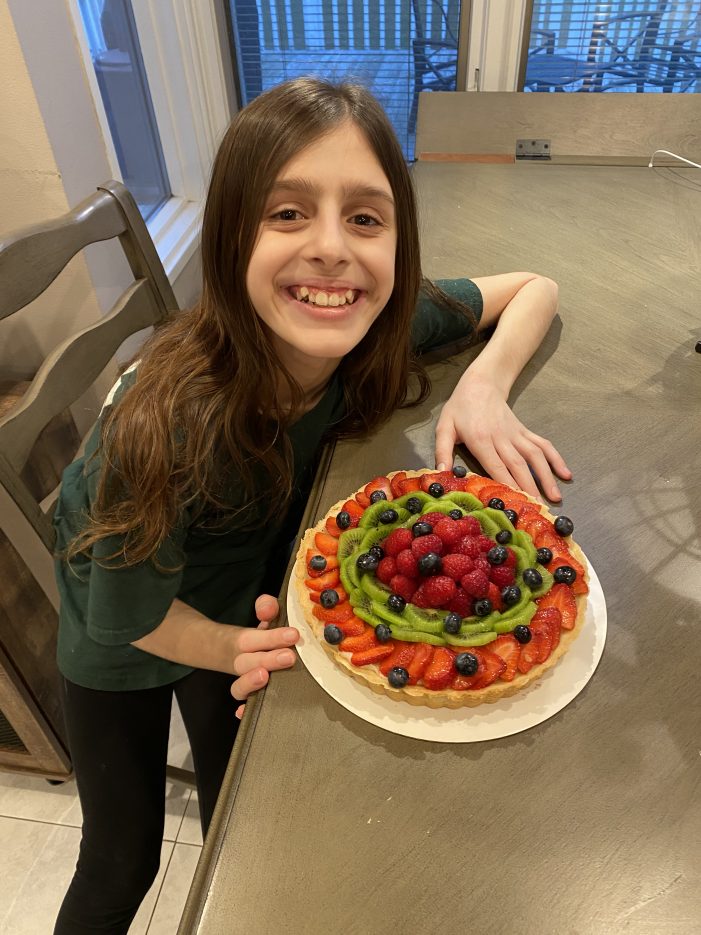 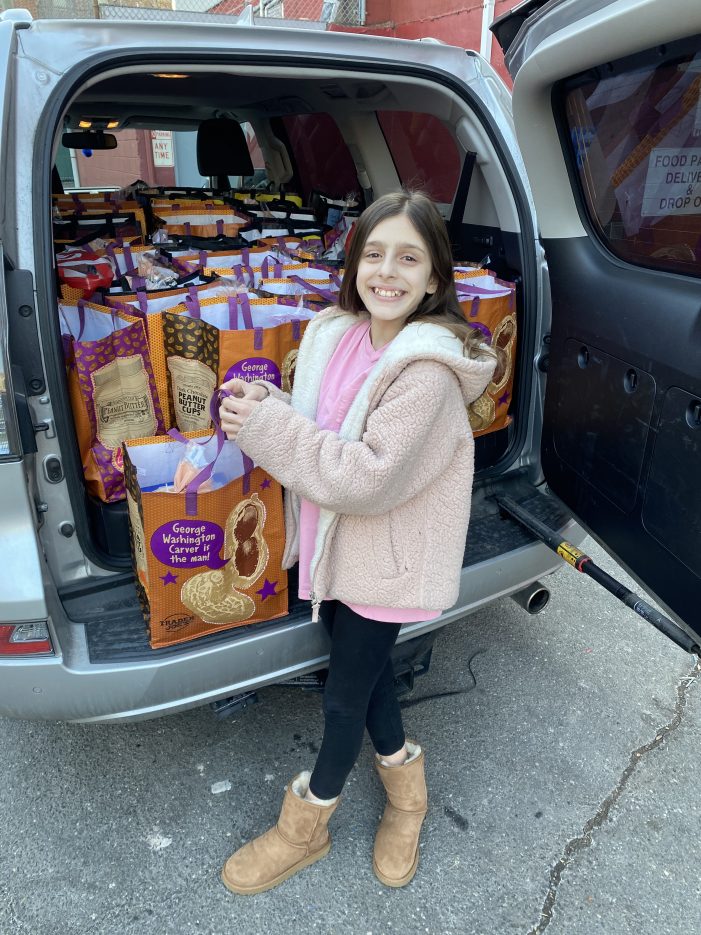 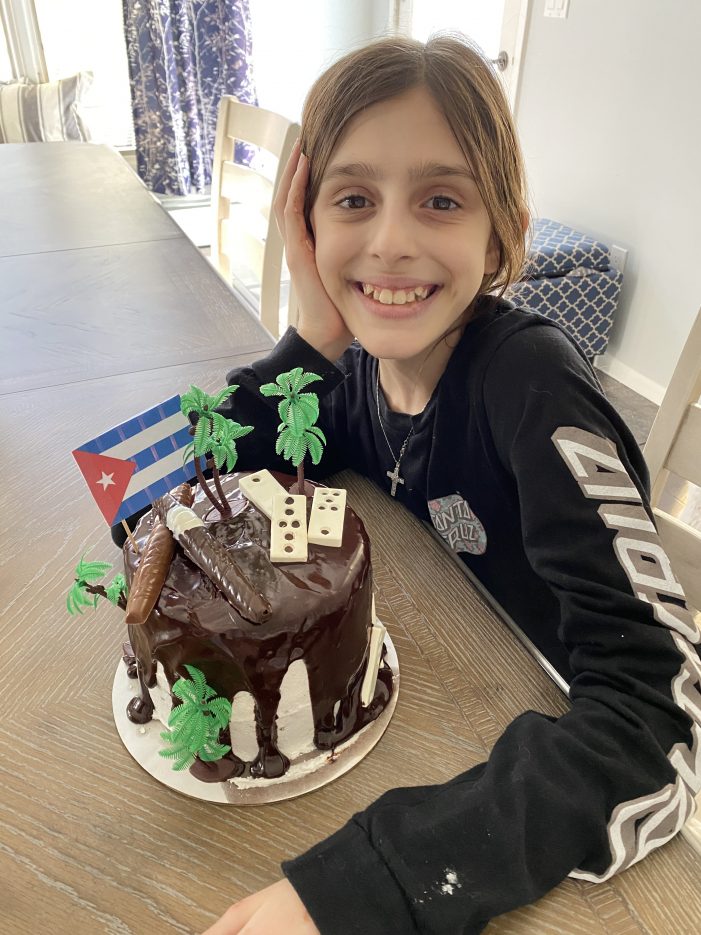 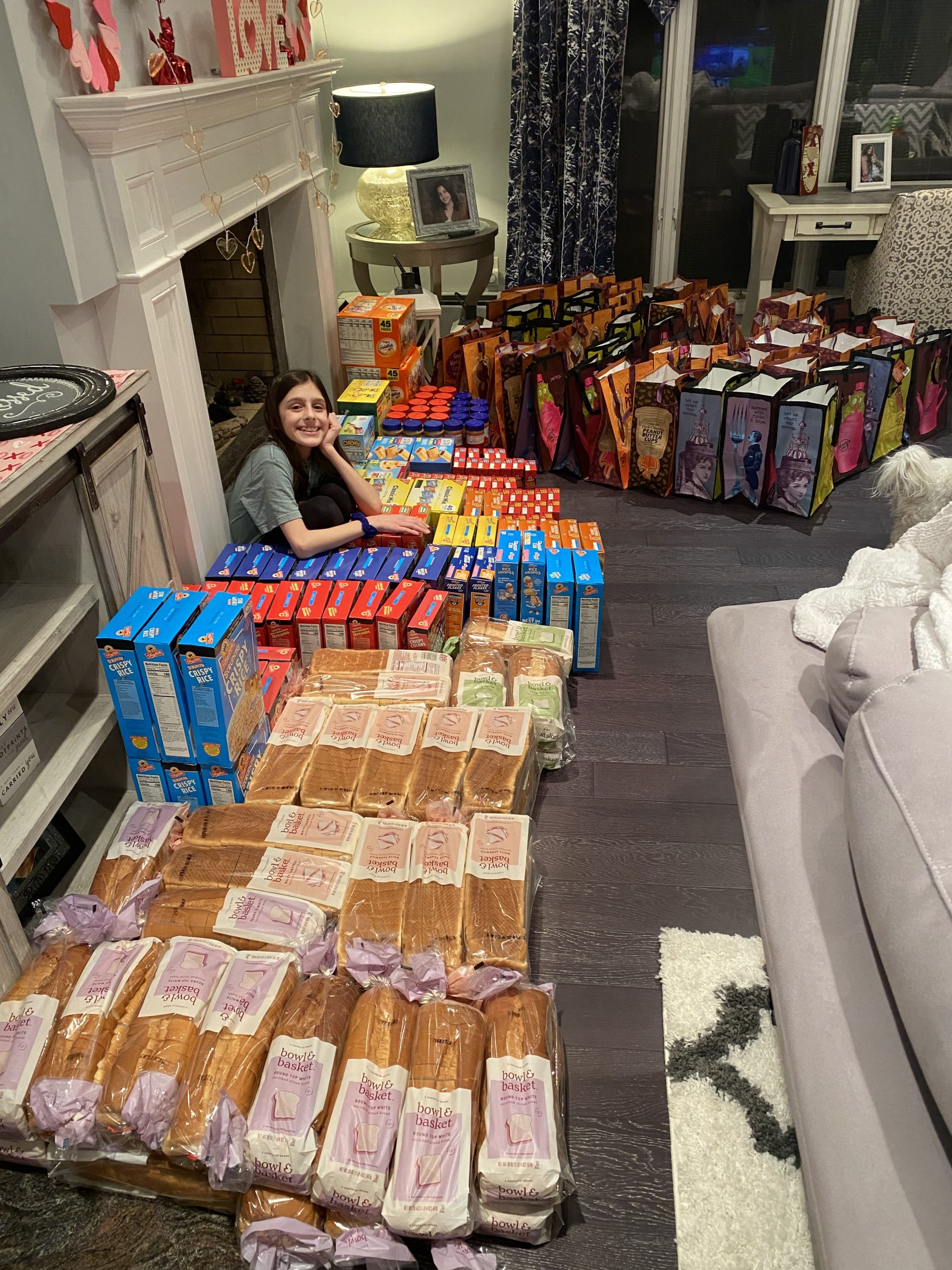 When it comes to philanthropy, at only 12-years-old, Peyton Triano already knows the secret to living — making a life of giving, and in this new normal that’s more than ever.

After seeing her friend cook, the Kinnelon 7th-grader set out to learn how to whip up delicacies herself.

“Then when COVID hit nobody could go anywhere, she was home with nothing to do (and) would spend everyday making different orders. She even started giving Zoom baking lessons to other kids,” says her mother.

Peyton began accepting donations in exchange for her special treats and using the money to create kid-friendly food bags for the Father English Food Pantry in Paterson.

“I wanted there to be food that I like and all my friends like and the other children would be excited about,” Peyton says.

She would bake treats so every family could take some treats home, and bake cakes or cupcakes for the kids of the food pantry who were celebrating birthdays, according to Jenna Triano.

So there was always a reason for Peyton to bake.

She went from wanting to learn how — to she can ‘do them in her sleep,’ where the 12-year-old didn’t need the recipes anymore.

Some weeks she’s slammed, other weeks not as busy; regardless, Peyton finds the time to  concoct something almost 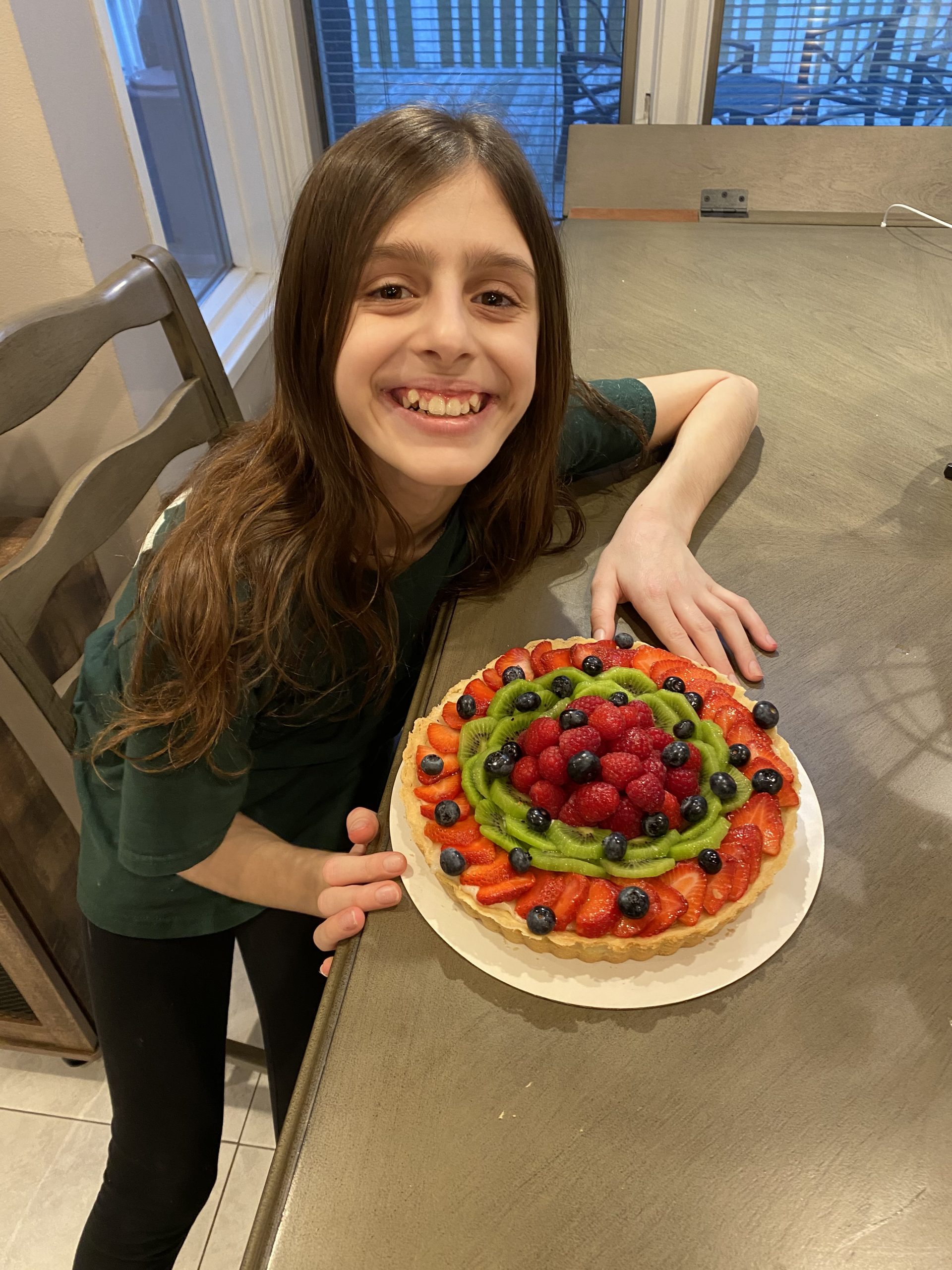 “I fit it in my schedule,” says the self-taught baker, adding that she is able to fulfill bigger orders, as long as she has a few days notice.

From cookies to cakes to gnosh, Rice Krispies treats, various fruit tarts and much more, Peyton was born to be a baker and has always been a benevolent spirit, according to her mother.

On a family trip to Texas, the 12-year-old saw a homeless man outside the restaurant.

“And insisted on — we bought him dinner and we had to deliver it outside to him and we went out to say hello,” Jenna Triano says. “I try to drop the hints that they’re lucky and they’re blessed and you spread it around and you don’t turn away when people need help or when you could do something; do something. It’s okay if you can’t change the world, but you can change your little corner of the world.”

It was December 2020 when Peyton first made pita bread.

“I was thinking that I was just gonna bake a few things as a hobby,” she says. “I never thought of it as a business until later.”

At the time the young entrepreneur brought the goods to school with her mother, who worked there.

“The kids were high school basketball players and would just eat through everything she made,” Jenna Triano says. “She had an excuse now to keep trying new stuff and it just exploded from there.” 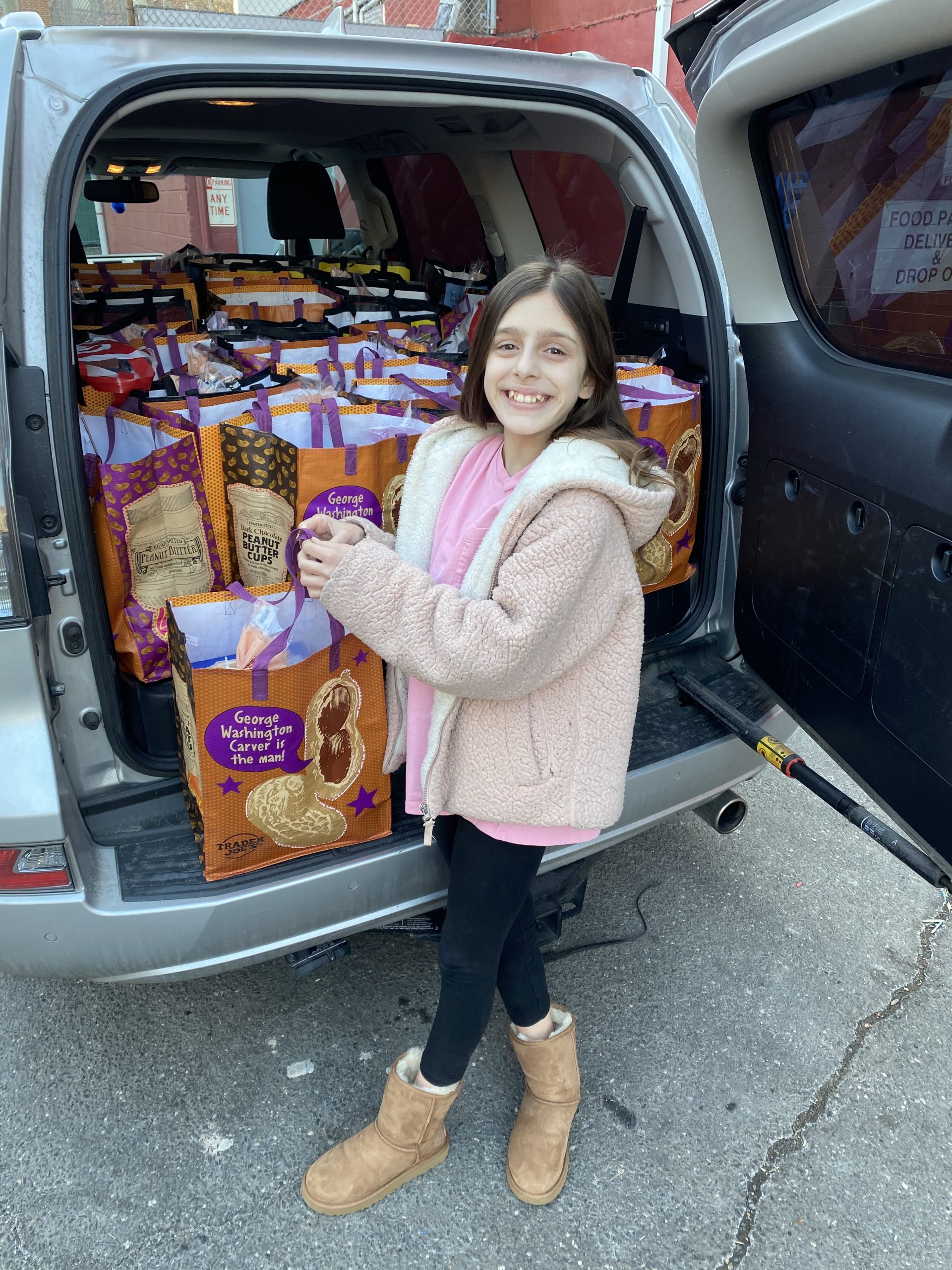 According to the teacher, when people saw pictures of Peyton and her treats on her mom’s Facebook page — they wanted to know how they could get some.

“She gets up at 5am and will bake an entire order before school even starts at 8:15,” Jenna Triano says.

There is always disbelief when folks find out who’s behind all those treats.

“Cause it’s a kid who can do that,” the 7th grader says, with Jenna adding, “It’s kind of a well known fact around here that Peyton’s a baker and the rest of us are just helping her get ingredients home from the store.”

Once she started getting paid for her baking, the 7th grader really wanted to expand on her charity work, enlisting the help of her parents and sister, Finley — to start her own foundation.

“This way people would understand everything they bought, where the money was going,” says Jenna Triano. “Cause every dollar that she gets, she buys toys for the underprivileged kids, she donates to the food pantry.”

She is all about kids supporting kids.

“The best part about this is not only because I really like to bake — but I like to know that I’m helping other people and they’re going to get to experience that food,” the baker says. “Most memories from your childhood are through food, so if they’re able to realize that, that makes me happy.”

She gets emotional knowing how people have embraced her venture.

“Because I’ve seen how sad the families are and the children of the families,” says the 7th grader, noting that the food pantry staff told her one of the kids came in shivering.  “But when he got his coat he was able to be happy. So I know the food can do that to a starving kid, and that means a lot.”

When it comes to starting a business, Peyton wholeheartedly encourages her peers to follow their passion.

“Do one that you’d be happy to do; don’t start one just for the money — and you’re never too young to start one,” she says.

There’s no stopping the baker. Peyton has created birthday parties, complete with her cupcakes, balloons and gifts 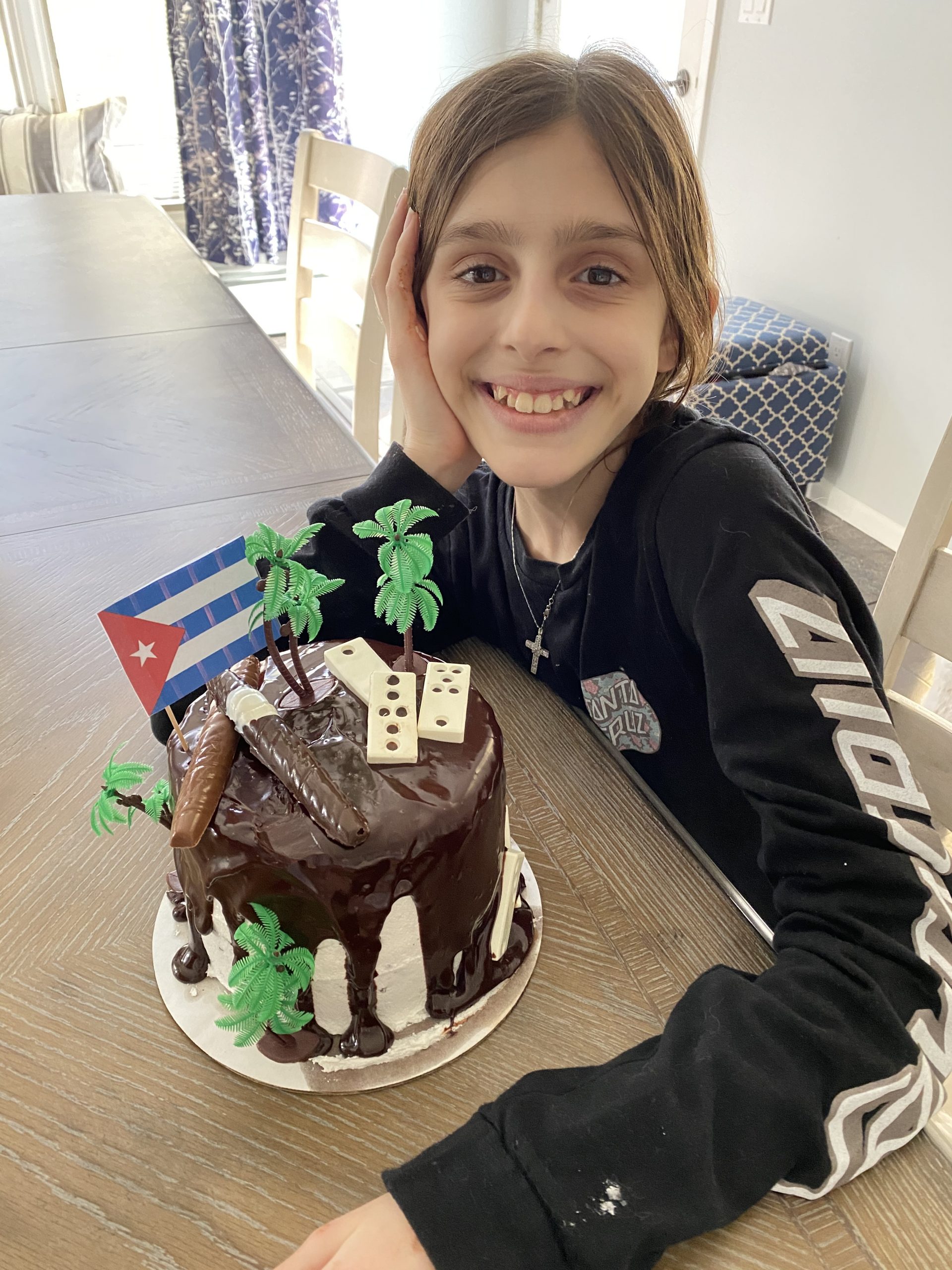 for the poorest of the poor and most vulnerable of the Father English Center preschool children.  She is doing all she can to help.

To say Jenna is a proud mother is an understatement.

“There aren’t words,” says the teacher.  “I’m proud she feels for other people and she sees something that feels wrong and wants to do something about it.”

“I get the front row seat to just watch her do good, and if she’s doing it at 12; I can’t wait to see where high school and college take her.”

The 12-year-old is never going to stop baking and plans to go into public policy.

“Because I want to change some laws about people below the poverty level and for the people of the food pantry,” Peyton says. “And to address the hunger.”