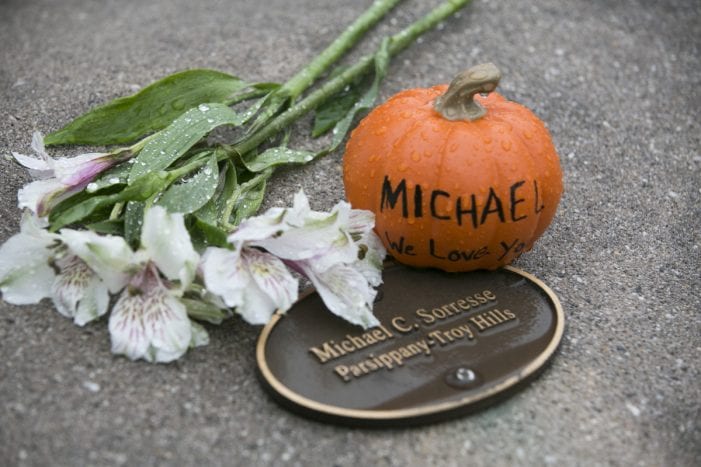 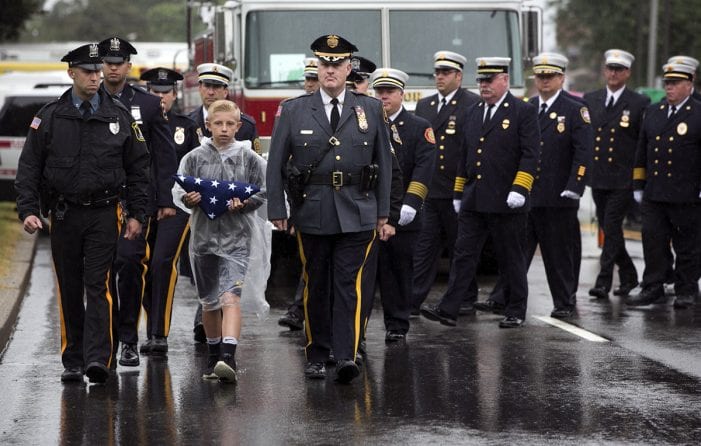 A host of county residents joined the families of 9/11 victims last month at the Morris County’s September 11th Memorial in Parsippany to observe the 17th anniversary of the Sept.11, 2001 terrorist attacks against our nation.
A ring of Morris County fire, police, and EMTs formed a ring of honor around the memorial, standing at attention for 75 minutes in the rain, as speakers and singers and pipers honored the memory of the nearly 3,000 people who died in attacks on 9/11, including 64 Morris County residents. 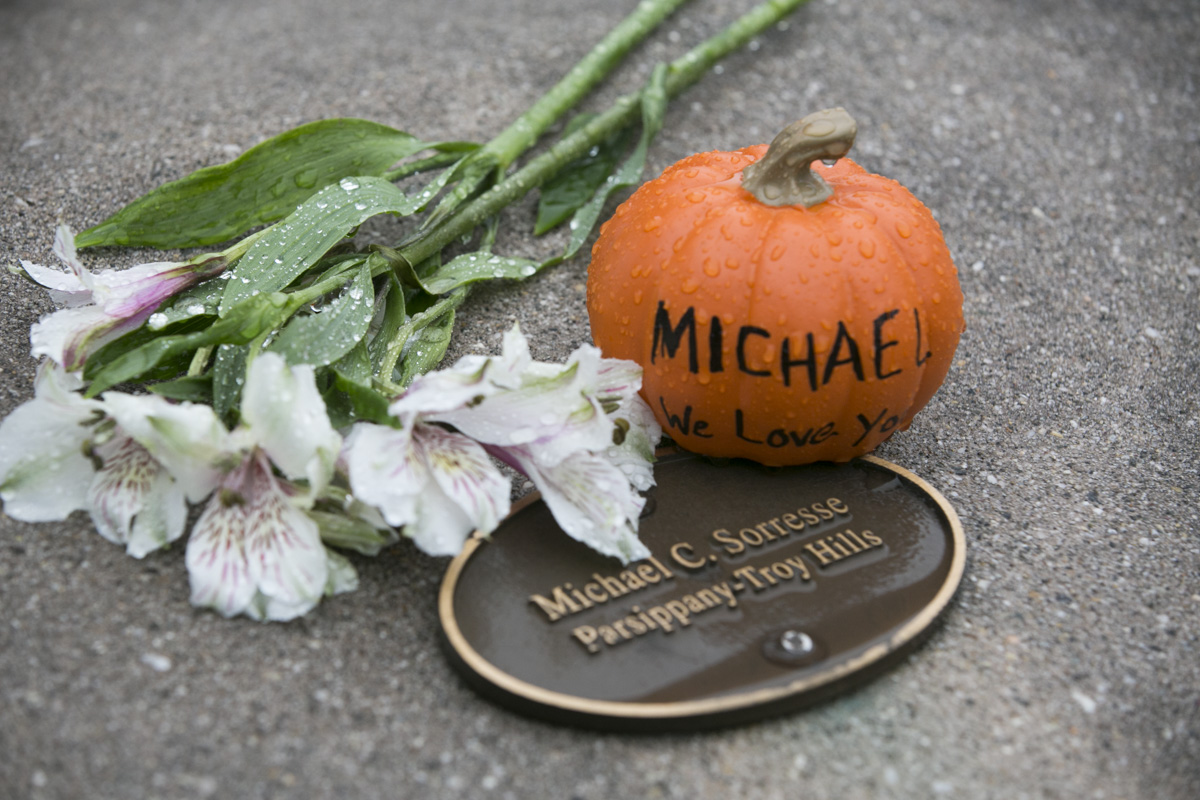 “We still mourn those who were so suddenly taken from us, but our goal tonight is to come together – not to reopen wounds – but to show the families of the victims, some of whom are with us this evening, that we have not forgotten,’’ said Morris County Freeholder Director Doug Cabana. “By doing so, we repeatedly demonstrate to those who tried to tear this nation apart that we are united.’’
Port Authority of New York and New Jersey police officer and Chester resident Will Jimeno told an inspiring tale of his survival at the World Trade Center site, after he and his partner, PAPD Sgt. John McLoughlin, were buried in the rubble after the collapse of the South Tower of the Trade Center.
He spoke of the “faith, hope and love’’ that pulled him through, how he battled with thoughts of his likely death as he was entombed, and how he challenged those thoughts with a stronger desire to live, to do all he could to survive for his family and for his colleagues.
“I will tell you that there is a constant battle between good and evil, and that good people cannot idly sit by
and let evil triumph,’’ said Jimeno.
Public Safety Training Cadet Ryan J. Lathrop of Cedar Knolls was the flag bearer for the parade of first responders who marched to the county memorial. State Sen. Tony Bucco led the contingent in the Pledge of Allegiance. Morris County School of Technology students Brooke Shanley and Meghan Muth sang the National Anthem. Pastor Sidney Williams of Bethel A.M.E. Church of Morristown gave the invocation.
In addition, the Morris Choral Society braved the weather, as did the Police Pipes and Drums of Morris County, bugler Michael DelVecchio, and officers of the Morris County Sheriff’s Department, which fired a 21-gun salute.
“We also come here this evening to remember the courage demonstrated on 9/11 by countless firefighters, police, EMTs, and other rescue workers,’’ said Morris County Sheriff James M. Gannon.
“We here in Morris County are truly blessed to have an exceptional group of first responders,’’ Gannon said.
“These police officers, firefighters and emergency medical service members regularly put their lives at risk to
protect and save ours.’’
Morris County’s September 11th Memorial, which is located in Parsippany at the Morris Township border, pays tribute to all of those who died in the terrorist attacks in New York, Pennsylvania and at the Pentagon on Sept. 11, 2001, with a special emphasis on the 64 victims from Morris County whose names are etched in plaques affixed to the Memorial.
Freeholders Christine Myers and Tom Mastrangelo read each of the 64 names at Sunday’s event, with a bell sounded for each victim. The names of all of the nearly 3,000 people who died on 9/11 are engraved in ruby-colored paving stones that have been set in the ground as a walkway surrounding the memorial.