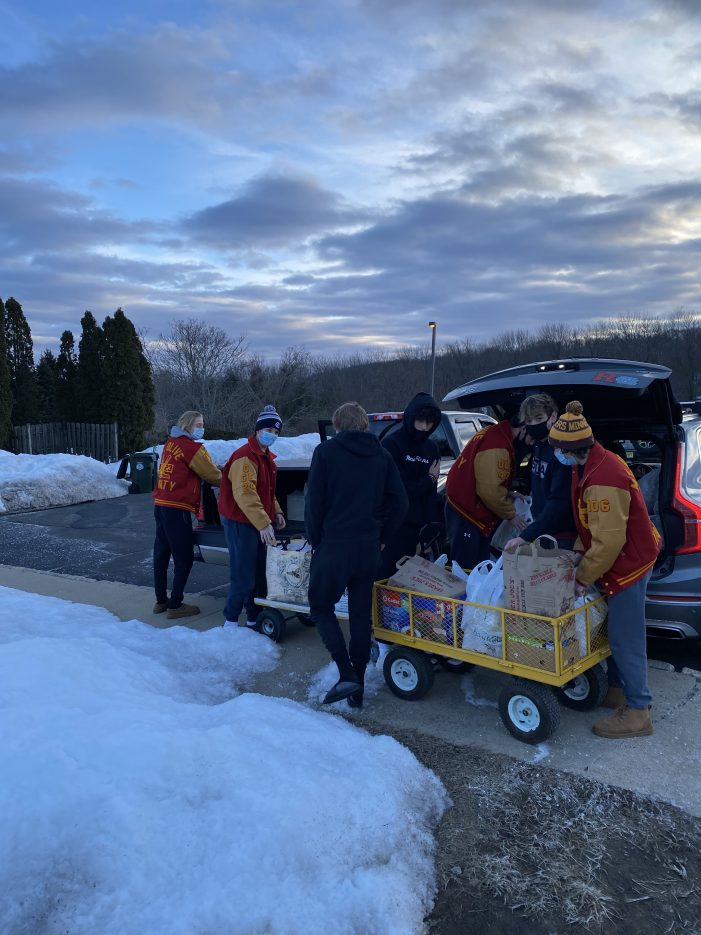 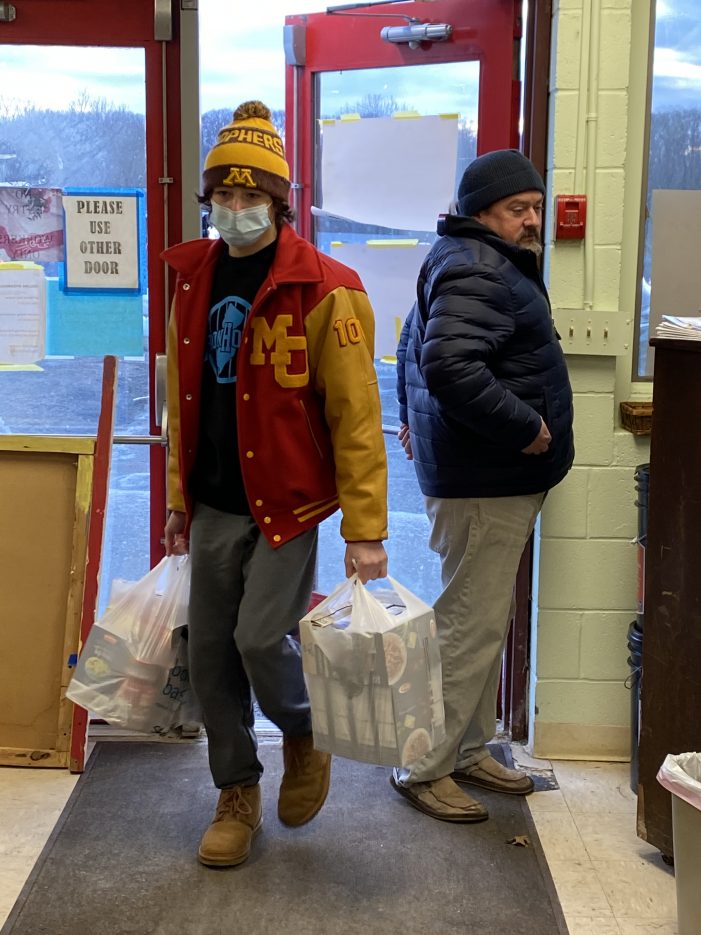 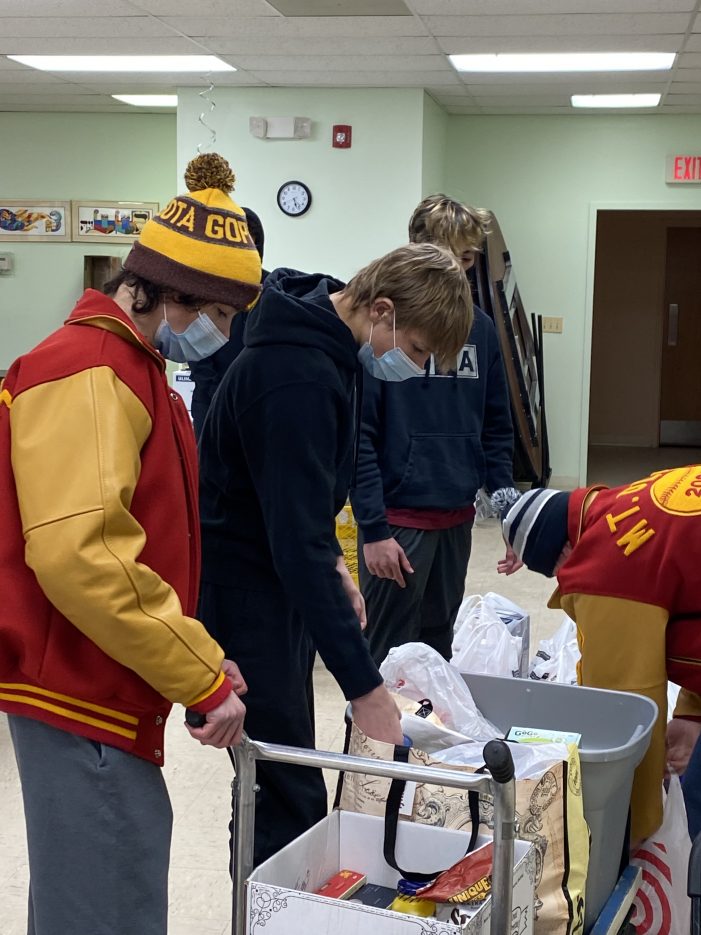 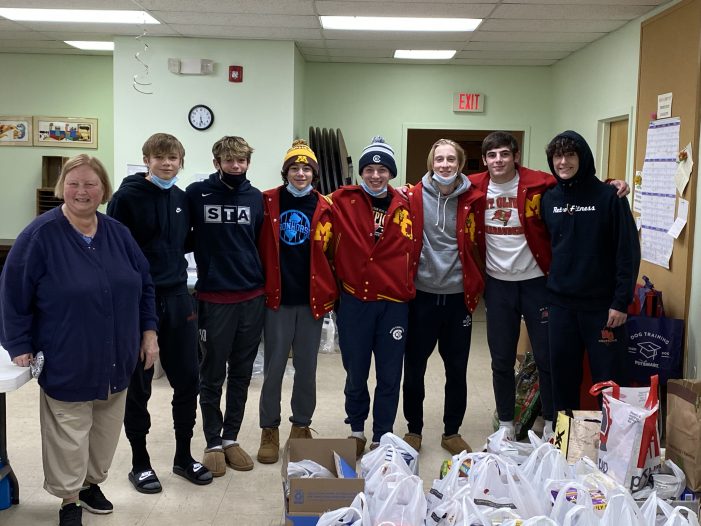 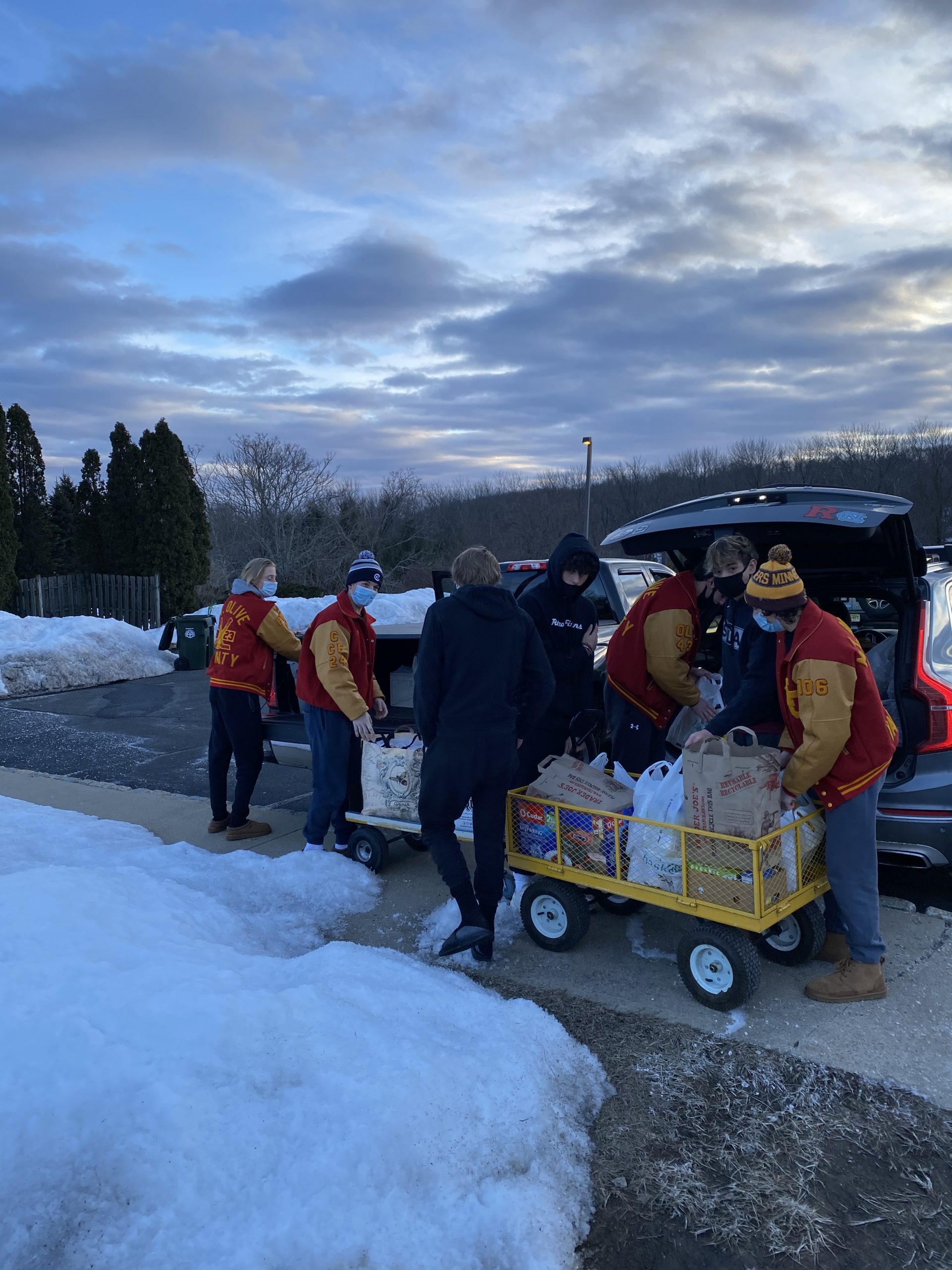 After months of distance learning wore thin, septuple young Mount Olive athletes knew they wanted to step outside that bubble and give back to those in need.

“They’re so sick of doing virtual stuff after being online all day for school,” Jill Bastarrika says, of her son Jack and his friends enduring an unprecedented year. “So we were brainstorming things to do that would impact the community and help people,”

“I think it also came from like, ‘let’s get these kids a little bit busy’ because it’s so difficult with how things are right now that they fell into a little bit of a funk.”

COVID’s collateral damage to children’s education and their psyches cannot be underestimated — and Jack Bastarrika and his buddies were definitely not immune.

That was back in January when ‘Marauders in Action’ was born and the 15-year-old first posted about the charitable organization on their Instagram page.

“It keeps everyone who follows up to date on what events we’re doing, whatever we may do  in the future,” Bastarrika says, adding that parents also share the posts on Facebook and various social media platforms.

The boys pretty much organize and implement everything and Jill Bastarrika says it’s nice because they can do it when it works for them and based on what they’re interested in.

“It gives them a lot of independence and freedom,” she says.

Fifteen-year-old Jack Bastarrika loves spending time with his friends; including Anthony Moscatello, Christian Hertzig, Tyler Bienus, Joseph Abrusci, Aidan Wright and Joseph Drew — Mount Olive High School students and they always have a blast. So it made complete sense to ask if they wanted to start a group.

“We realized that others need opportunities like this,” says Hertzig, 16, adding that it’s a great way to help your neighbor as well.  “We thought it was just a perfect idea.”

It’s cool because it allows those who aren’t yet a part of ‘Marauders In Action’ to contribute, according to Jack 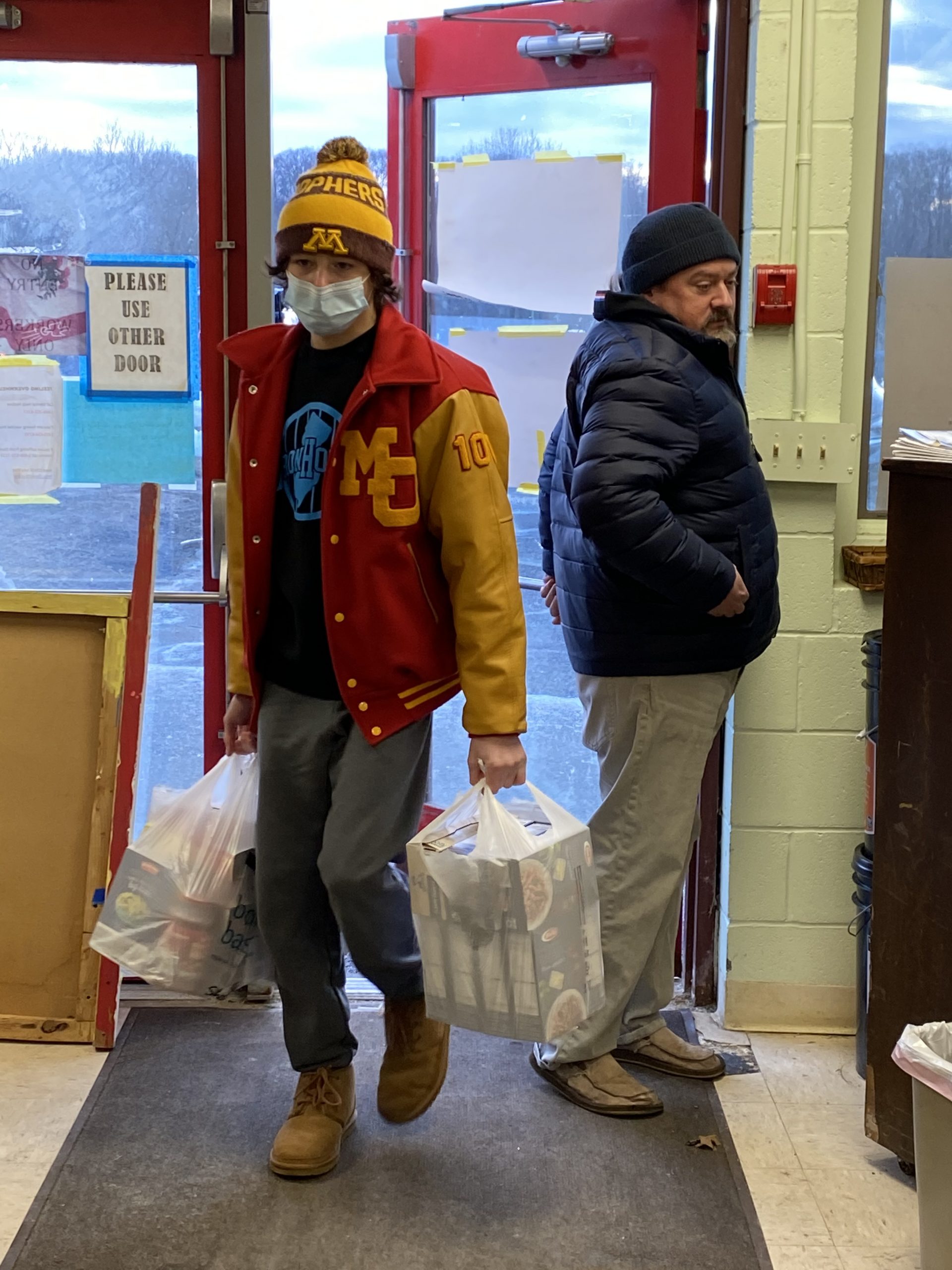 The boys have since undertaken Valentine’s Day cards (for St. Jude Children’s Research Hospital) and collected food for the Mount Olive Food Pantry.

“The food drive wasn’t just our group who brought food to the food pantry; it’s many others from our town as well,” Bastarrika says. “We ended up having like three full trucks of deliveries.”

There’s been a lot of news lately about food insecurity so Jill Bastarrika reached out to the  Pantry’s Sue Morse, who said they’re feeding more families than ever. The timing was right for the boys to volunteer for folks in need.

“I think they have something else in the works but wrestling season just started for Jack and three other boys,” Jill Bastarrika says, noting that they might wait a couple more weeks before starting  another project because it’s a little intense right now.

If they make goodie bags (with socks, snacks and necessities) for the homeless they can involve a lot more students who can pitch in, according to Jack Bastarrika.

“Also, when the weather (is) a little bit better we’re probably gonna try to get all the students to get a community cleanup going,” he says.

The next event they can hopefully get some kids from their grade and other grades in the high school to participate.

“We can help them with their volunteer hours, as well as ours and help the community in the process,” says 16-year-old Anthony Moscatello.

The seven go way back through the ranks of school sports (wrestling, football, lacrosse, etc.), so they say it’s super fun to volunteer with familiar faces. 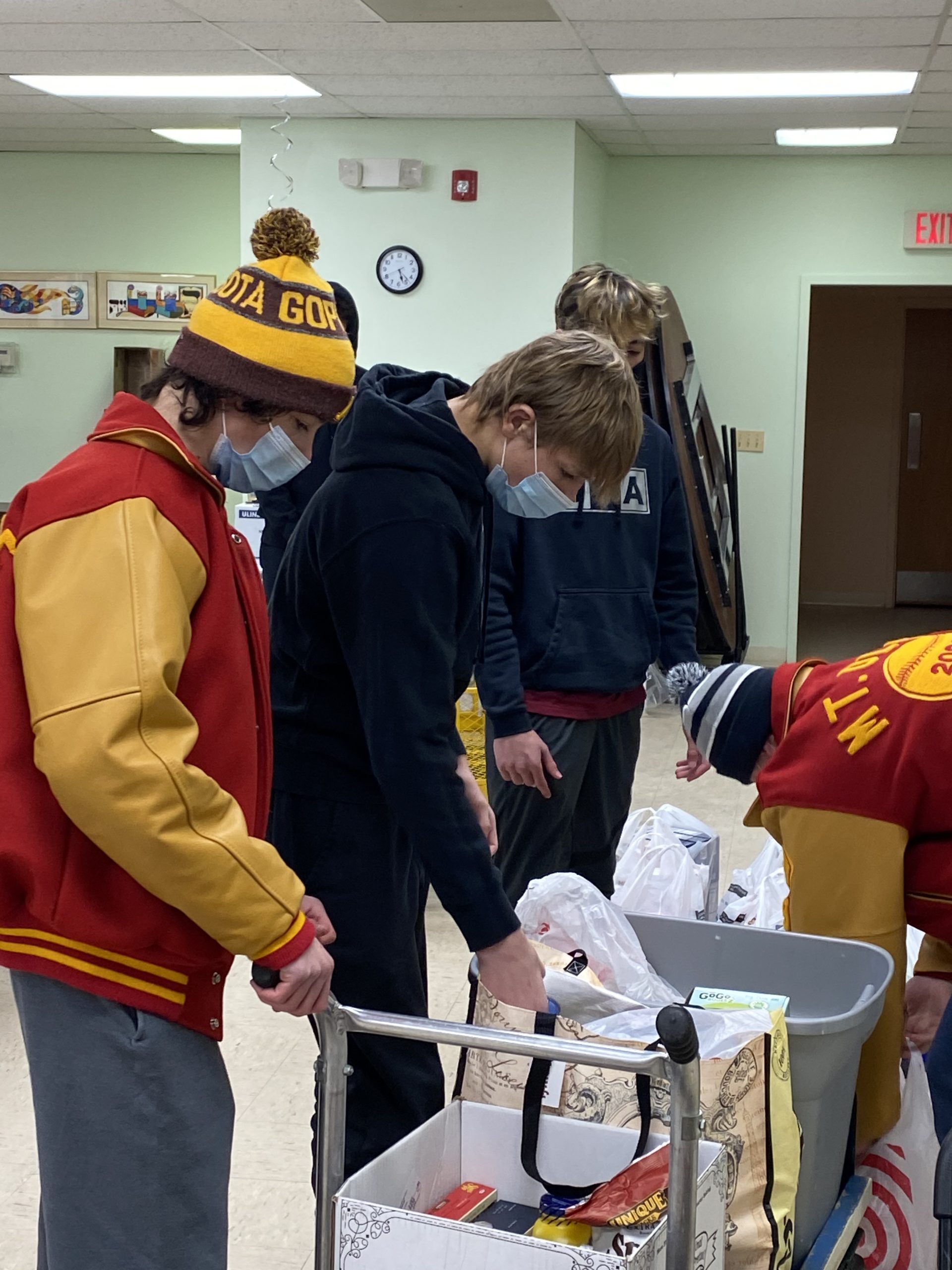 They hope their charitable organization aids as many as possible, especially during these scary times.

Jack’s mom calls it wonderful that the boys launched their own (selfless) endeavor and also because some volunteer organizations in the high school are heavily female populated.

“Since these boys are so tight and have such a connection; they’re all athletes and they just adore each other; it’s really meaningful for them to be doing things like this and making a difference together,” Jill Bastarrika says.