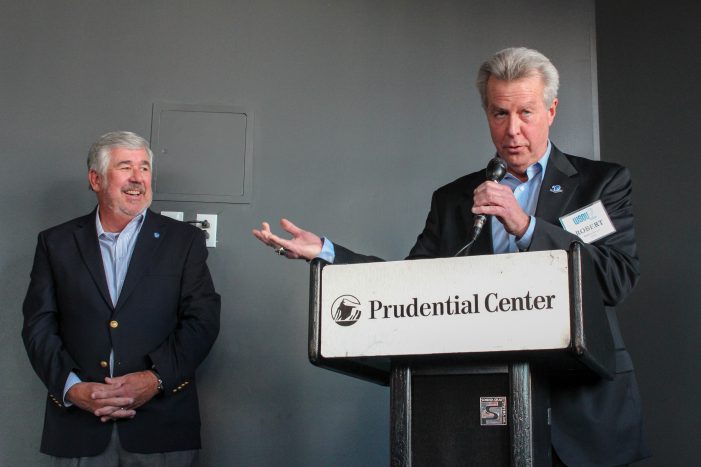 Bob Ley and Bob Picozzi during the reception at the Prudential Center.  Photo Credit: Wilnir Louis 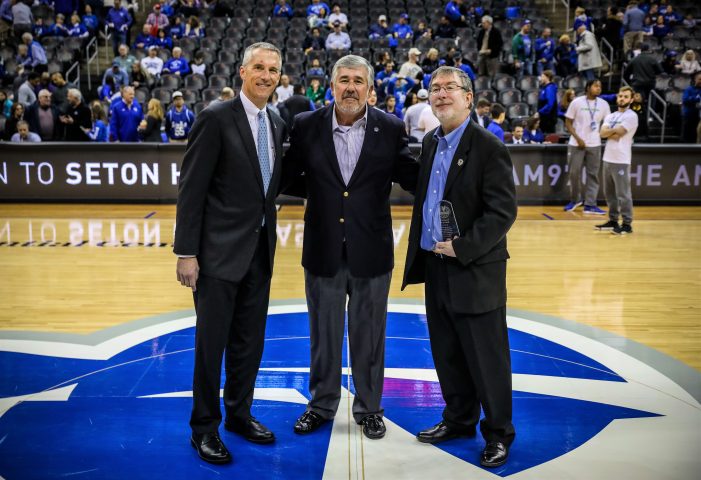 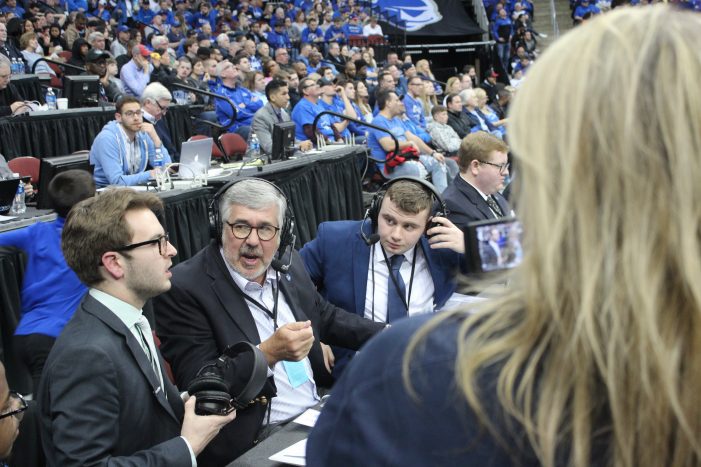 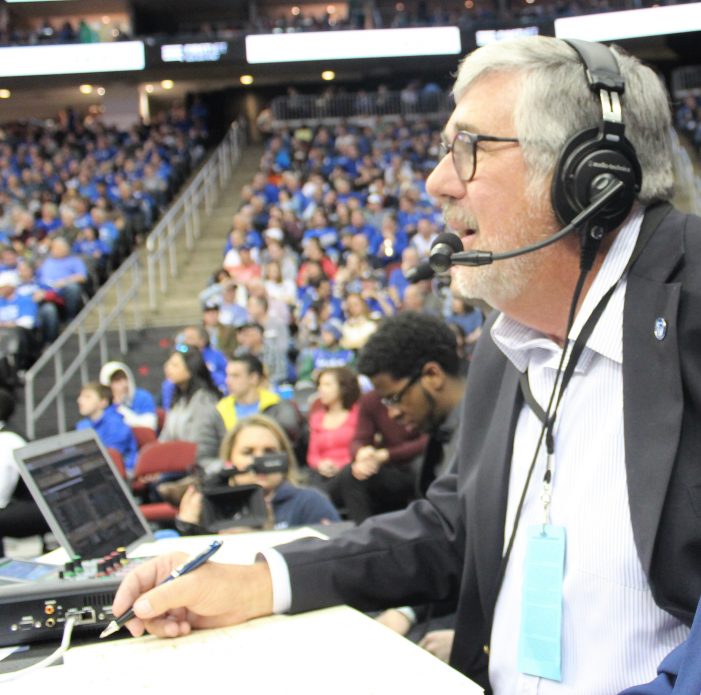 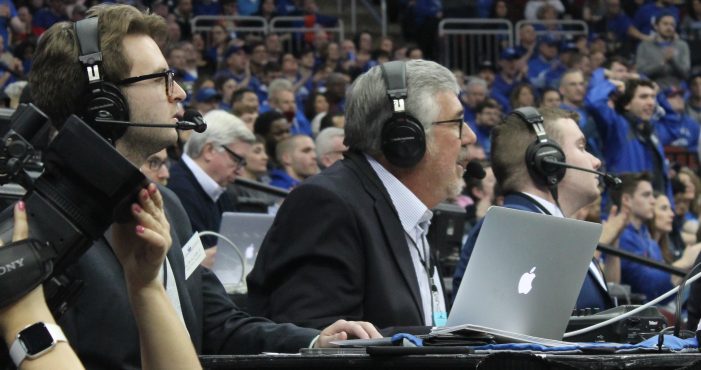 Left to right is Dalton Allison, Bob Ley, Michael Daly.  This shot was taking when Bob was on the air calling the game.  Photo Credit: Wilnir Louis

While he’s won many awards and gone on to major networks and has anchored many major sporting events, Bob Ley has never forgot where he came from. The Bloomfield, NJ native got his start at Seton Hall University and he was recently honored by the folks at the school’s radio station, WSOU.

Ley fell in love with the journalism profession long before he entered the classrooms at Seton Hall. From his early beginnings, providing commentary as a correspondent for local newspaper, the Bloomfield boy knew that he wanted to be on the radio. A first-generation college grad, Seton Hall was where it all started.

“I was into sports and I was doing a little sports work about Seton Hall on a small radio station and I was a correspondent for lots of local newspapers on high school sports. I knew I wanted to study journalism and WSOU was the most visible arm of the school that I could see. WSOU is the entire reason I went to Seton Hall,” Ley said.

Ley began his freshman year at Seton Hall in 1972. After joining WSOU, he involved himself fully in the station, taking on many jobs and responsibilities. During his years at WSOU, Ley has served as sports director, program director, and engineer. He also produced play by play content for basketball and baseball games. After graduating, he landed several jobs in the New York and New Jersey area and also served as the PA for the New York Cosmos soccer team. In 1979, Ley began with a new sports channel start up, leaving his comfortable job at Suburban Cable TV 3. That sports channel start up? The network now known as ESPN.

to where we were winning major awards. I saw the benefit of being with an organization from the drop and having a blank canvas and having the chance to do whatever your abilities and see where the experiences will take you. I took the ESPN offer which now would have been a no brainer, but 40 years ago, it was a no brainer in the other direction,” Ley said.

Ley returned to his alma mater on Feb. 23 as the Seton Hall Pirates took on the Saint John’s Red Storm to provide commentary on the game played at Prudential Center. This was Ley’s first time back in the broadcast booth since he graduated in 1976. Ley was joined on the broadcast by current WSOU Sports Director, Dalton Allison, and commentator Michael Daly.

“I was so excited to have Bob join us at the broadcast booth,” Allison said. “Just sitting next to him and working with him, I was so impressed by his cadence and play by play work. The day was a great day for the WSOU family. To be able to have a brother like him in the professional industry, made the day so awesome. It was a great day to be a Pirate. For me personally, this was a dream come true. I grew up watching Bob Ley on SportsCenter and then to see me on SportsCenter with him, it was absolutely wild. It was a surreal moment for myself and also for my family as well.”

Before the game, Ley was honored with a reception where alumni gathered to thank him for all his service through the years. Amongst attendees were classmates that he had not seen in over 40 years. The folks at Seton Hall also held a pregame ceremony on the court to recognize his career.

When he retired from ESPN in June of 2019, Ley had notched many holes in his career belt. Ley has anchored a number of World Cups, covered the World Series earthquake in 1989, called the World Cup in Paris when the French team was victorious, being part of SportsCenter and Outside the Lines since the beginning, and so many more. While he has had an incredible 40-year career with the network, Ley has always remained true to the Seton Hall student run radio station, WSOU.

“It was a great experience to be sitting at the WSOU desk and to be calling a game. There were also so many people at this event to honor me, some of them I haven’t seen in years. It was also great to see the students on the current staff and young alums. It made me feel overwhelmed and what I tried to leave with them was that we all have something to offer to this world and to this school. It’s all about staying involved and helping those who come after you and giving values to the programs there.” Ley said.

why honoring Ley was so important.

“I hear alum after alum tell me that no matter what they have gone on to do, their experience at WSOU has been

extremely helpful to them in their careers. I think that reflects the high standard that everyone at the station holds themselves to. Bob speaks often about the critical role WSOU played in launching his career and through the decades he has taken the time to mentor and encourage generations of students who were following in his footsteps at WSOU,” Maben said. “With Bob entering retirement, we felt it was important for the station to honor him for both his extraordinary career and all that he has done for the station and the campus community.”