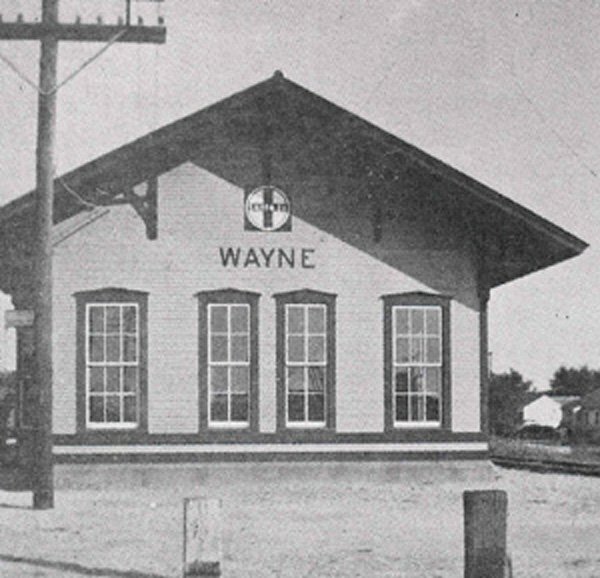 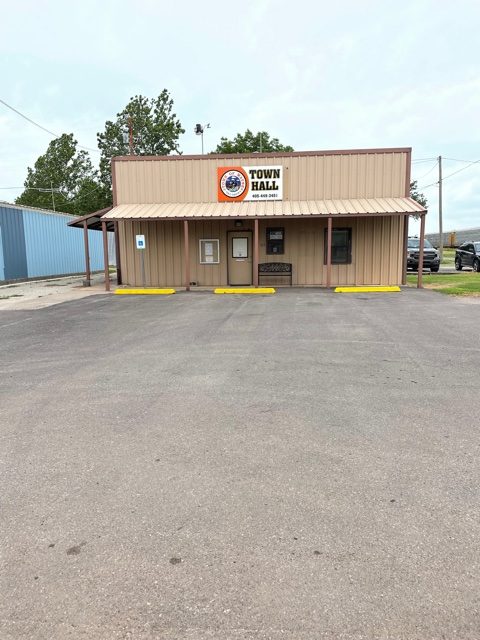 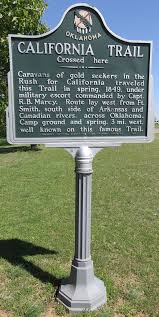 Photos courtesy of the Town of Wayne, Oklahoma 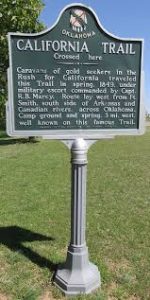 If you really want to learn about Wayne, Oklahoma, speak to Miss Elaine Arnold, a former school teacher and Mayor of the town.

When mentioned that there are significant differences between her little town and Wayne, New Jersey, she responds while laughing, “Oh my, you don’t know!”

Here are some rough numbers. Wayne, New Jersey is about 25 square miles. While in Wayne, Oklahoma you can walk the whole, one square mile length in 15 minutes. “That’s exactly right,” Arnold says.

“I have records that show that we started having meetings at the City Council in the 1890s,” Arnold says about her town’s humble beginnings. However, Wayne, Oklahoma was officially platted in 1902, so perhaps a special 220th anniversary celebration is in order.

Arnold, who is originally from Wayne and after a brief period away moved back in 1977, speaks to the sister city’s early years. “When the railroad came through, the men who worked on the railroad were from Pennsylvania, and they named the town from where they were from. And so, they had a Wayne, Pennsylvania, and you can see it on the map. People wanted to believe that it was from Mad Anthony Wayne, but they said it really wasn’t. It was just from the railroad workers.”

Wayne, Oklahoma is nestled in McClain County. Route 77 runs through it, Route 59 along the southern border. “Since I’ve lived here most all my life, I know so many people,” Arnold says. “I know several generations of people, and I just like the feel of a small town. I like the little businesses here. We try to trade here as often as we can.”

Wayne, Oklahoma is still a very rural place, while our Wayne is a major location with plenty of roadways and eateries of every kind. Not so in Wayne, Oklahoma. There is no lodging in town (you have to travel outside of town), but there is a new, nifty little place to eat. “It’s somewhat recent,” Arnold says of The PitStop Café, which is owned by Robert and Barbara Harper. “It just came in the spring, and we needed it so badly for somebody to just get a hamburger. And now we have it, and everybody is so pleased about it that we don’t have to drive seven miles to Purcell to get something to eat.”

“We sell only fresh local beef from a independent butcher shop,” Barbara Harper says. “I shop each day for the 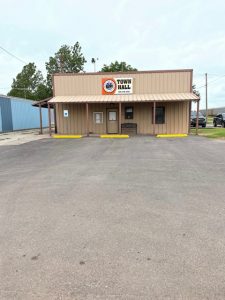 freshest vegetables I can find. We love the town of Wayne and the community around us. Our message is, ‘Remember Jesus loves you, and so do we. We were called to Wayne by God to spread his word and to show his love.’”

Wayne, Oklahoma is also home to a wonderful farmer’s market. “Just certain times of the year, and they have very good products,” Arnold says. “They have not only their fresh squash and cantaloupe and watermelon and things like that, but they also have things that the women have made. There’s one woman that makes the most wonderful salsa in the world. People come here from quite a distance to buy it when she has it. And she’s one of my students, too. We have something called Chow Chow. We don’t like relish – we like Chow Chow.”

There are no nature areas in Wayne, but there is a town gathering spot called Linville Park. “(Named) just for a lady that lived here,” Arnold explains. “And she was a real community worker, and we named the park after her. We put up our Christmas display usually days after Thanksgiving. We decorate the park and then we turn on the lights and have a little ceremony and the countdown.”

Miss Elaine Arnold reflects proudly about her home. “Back in the 1800’s, a group of people came through here with covered wagons and horses from the East. They were on their way to California because they just had the ‘49 Gold Rush and they wanted to go out and get a bite of it. And so, they came through the town on what is now highway 59, and as they went through the town, history says that they said if they didn’t strike it rich in California, they would come back here because they loved the land. We’re near the river and the land is very good for farming. And some did; they came back here and started little farming plots. They said this is a place they’d want to be, and I guess if that was true in the 1800s or 1849, I guess it’s the same today. I like to think of it as this is the place for those of us who’ve lived here so long, that this is the place we want to be.”