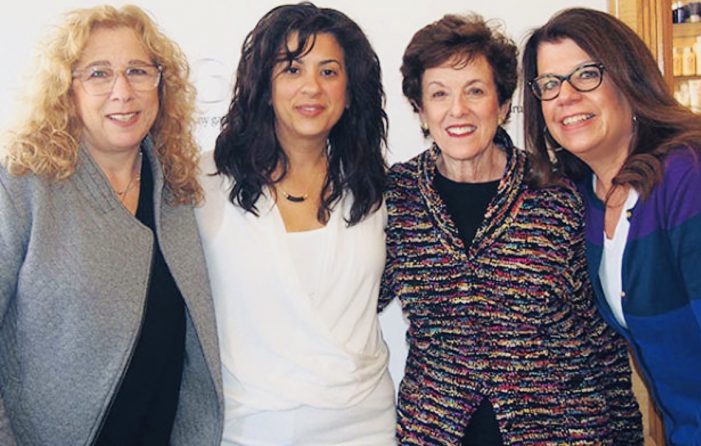 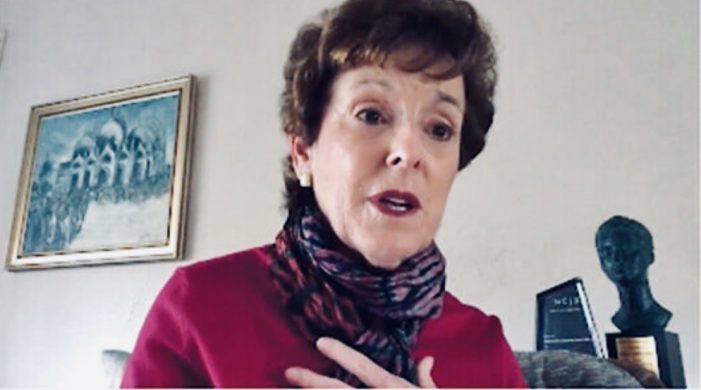 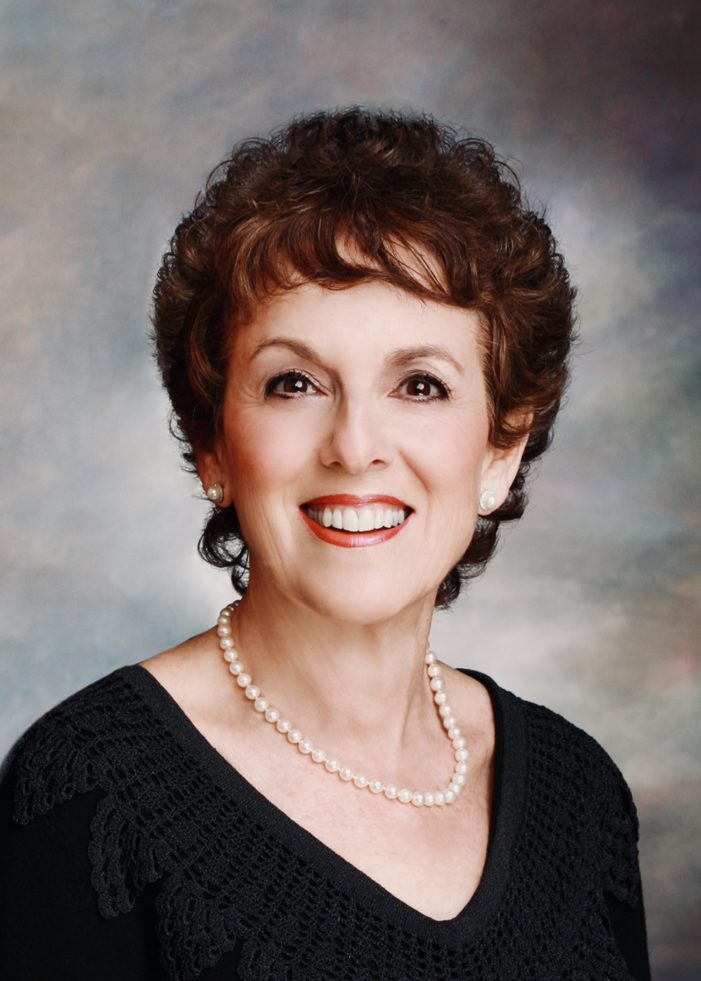 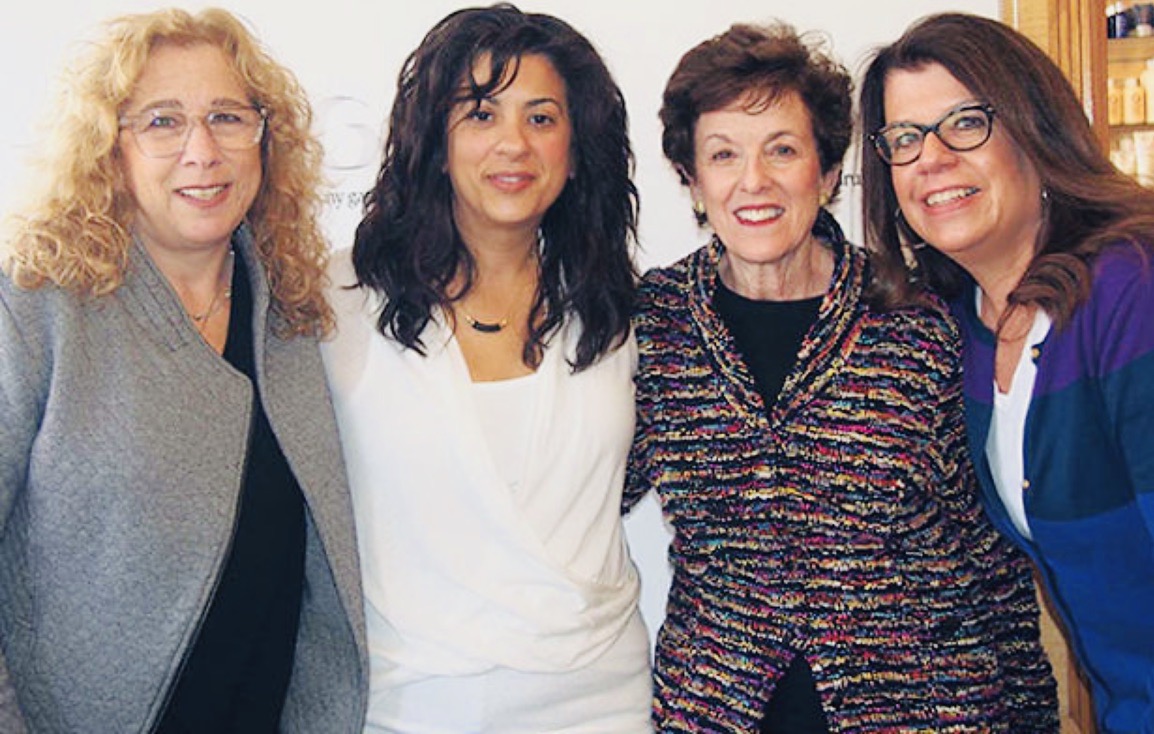 Myrna Wertheimer’s need to give back meant a lifetime advocating for equal rights for all and endless contributions to the Essex County Section of the National Council of Jewish Women, earning her this year’s Enduring Advocate for Social Change Award from NCJW National.

“This award means so much to me as a recognition for my entire body of work,” Wertheimer says, adding that it is very humbling. “I was honored for my leadership in 2003 and was absolutely shocked that the National organization would give me another award because there are so many women across the country doing these kinds of things. It’s a huge honor.”

She started her NCJW career in 1974 joining the North Hills Division of NCJW/Essex, quickly becoming a Vice-President and ascending to the Presidency.

But it was her stint as Community Service Vice-President that hit a nerve and she began a lifelong journey of wanting to serve the community and advocate to help improve the lives of women, families and children in that community.

“Because that was the time I could really have an impact directly on people,” says Wertheimer. “On people who couldn’t help themselves.”

In 1987, she ran a hugely successful community-wide forum, ”Behind Closed Doors” for NCJW to blow domestic violence in the Jewish home out of the closet.

“Because back then nobody thought domestic violence could happen in a Jewish home,” she says. “NCJW gave me a platform. With NCJW/Essex behind me and the National organization behind me — when I called and said I was Myrna Wertheimer from the National Council of Jewish Women, people spoke to me.”

They worked for a year writing the script for the program and tried a woman for the murder of her husband.

She networked across the country with domestic violence folks and also had the opportunity to study with the head of the New Jersey Division on Women. 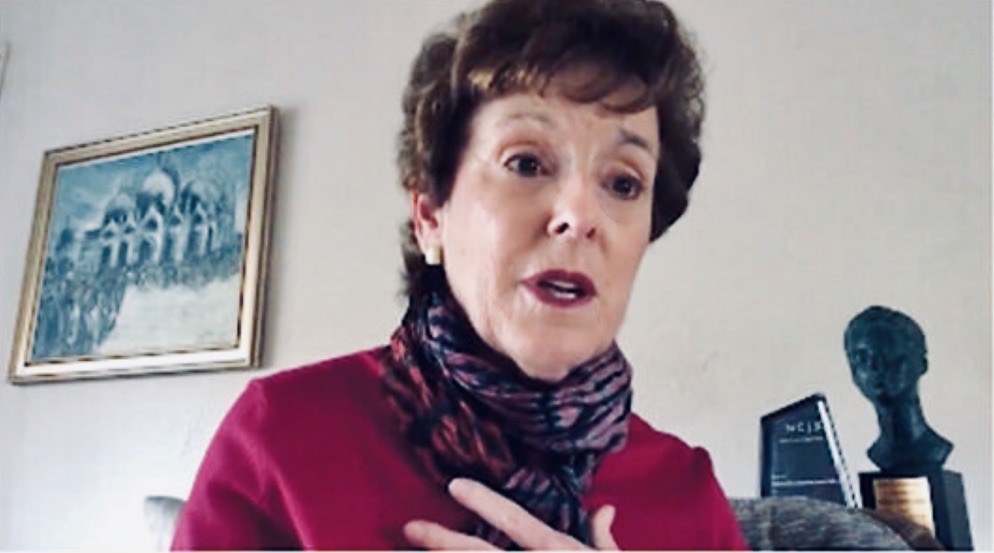 violence,” Wertheimer says. “When you study that hard and that long you become an expert and no-one around me knew anything about this because we didn’t know this existed.”

According to the advocate, all she wanted was to see services for the victims of domestic violence in the suburbs.

“I kept pushing for that,” says Wertheimer. “But there were none. There was a shelter in Newark, another shelter somewhere else but we didn’t have anything here because no-one thought it happened here.”

So she became the voice and was in demand, publicly speaking out on television locally.

That led to NCJW/Essex wanting to focus on the prevention of domestic violence through education and they called on Wertheimer, who founded the Teen Dating Abuse Awareness Project that goes into all the local high schools public and private.

“To teach the difference between healthy and unhealthy relationships,” she says, adding that three community organizations at the time (including NCJW/Essex) made the decision to start services for the victims and we teach everyone how to approach it if they know someone. It has since grown to eight partnering organizations and recently celebrated its 20th Anniversary.

“As I like to say, ‘they’re victims of domestic violence but we help them become survivors,’” Wertheimer says. “And then The Rachel Coalition (non-sectarian) was born; the Metrowest community’s response to domestic violence — I was one of the founders and it is based in the suburbs and that was new.”

People regularly approached the advocate because of her expertise.

“I didn’t care about that, I always made myself available to anyone who needed my help,” says Wertheimer, who has spent a lifetime advocating for equal rights for all and will continue to do so.

“I can’t sit home idly when I can be helping someone who needs help,” she says. According to the advocate, 95 percent of victims are women and domestic violence happens in any kind of home because it’s a matter of one partner wanting to have power over the other.

“Rural, suburban, urban — and it starts as young as the teenage years,” she says. “So that was a major turn for me, I started really fighting for women’s rights in every forum I could and really made an impact on the community.”

In 2007, she brought The Vagina Monologues to town, where 31 women from local organizations, beyond and including NCJW acted and empowered each other for two sold-out performances.

And in 2017, upon hearing about NYC’s “SLUT The Play” that combated sexism and sexual violence, Wertheimer continued her long reign of advocacy with another very successful theatrical performance for NCJW/Essex that resulted in positive change in the community.

These current COVID stay-at-home times have increased the danger for domestic violence victims.

“As a person who lives in a violent situation in the home, it’s always a scary place to be,” Wertheimer says, “because you never know what person you’re going to get and what’s going to set that person off. But I like to hope that we’ll come out of this and eventually help people come out.”

The advocate recalls a personal story of a woman breaking free that stuck with her all these years.

“Through my work, way before Rachel Coalition — I met a woman (volunteer) who worked with me and I started seeing signs,” says Wertheimer. “And one day I said, ‘I see something’s going on, I just want you to know I’m here for you, I understand — here’s my number, call me anytime day or night.’”

The woman called a month later and the advocate put her in touch with all the resources she had at the time.

“I gave her support, told her how fantastic she was, how valuable she was,” Wertheimer says. “When she got the nerve to leave — because there were guns in her house and she thought that her husband was going to kill her and her children, I even scrounged around in my house and gathered up sheets and towels and lamps, toys for her kids, anything I could fit in my trunk. I met her in a parking lot, gave her everything and I said goodbye and prayed for her.”

She also checked the obituaries everyday.

“Because when a woman leaves it’s the most dangerous time,” Wertheimer says. “Many years later, I was doing a program and she attended. At the end, I see that one person’s standing behind. And she says, ‘do you remember me.’”

The advocate looked at her and it clicked.

“We hugged and then she stood back and said, ‘Myrna, you have God in you, which just shook me to my core,’” says Wertheimer. “She said, ‘Because of you, not only am I alive but my children survived and they have children. And I’m leaving this room right now — I’m gonna burst into tears.’ She ran out of the room and I was in a puddle.”

According to Wertheimer, she cried on and off for six months.

“So I always tell people when you do this kind of work, you have no idea who the people are that you are reaching — but trust me, you are saving lives,” the advocate says.

To reach Myrna Wertheimer, contact the NCJW/Essex County Section at