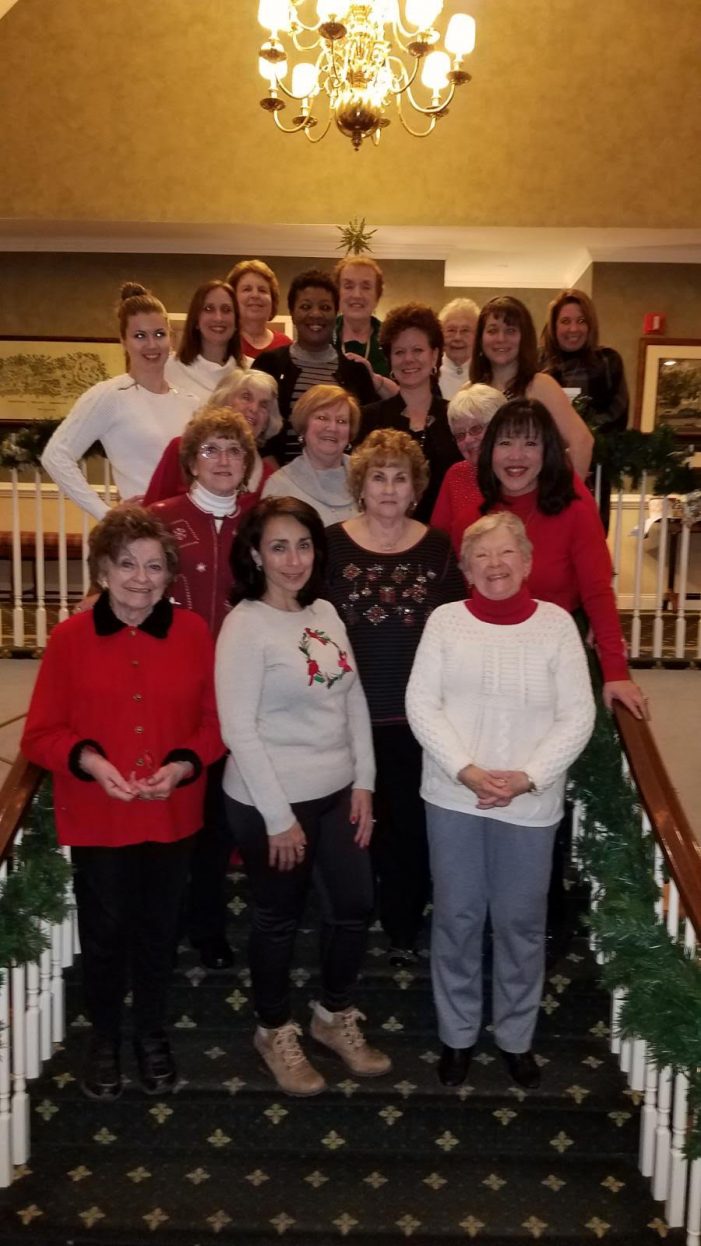 Soroptimist translates literally to “best for women”, it began by professional women to help other women enter the workforce in 1921. While it began as a global organization, this branch was begun in Hackettstown headed by Betty Lake and Joan Cruise in 1975. The original mission was to give to women struggling to enter the workforce, other professionals would donate interview clothes for women who were seeking to become financially independent. Since then, they have branched out to help several girls and women find confidence and empowerment through education. The Hackettstown chapter is led by Jannie Pelcher, and Beverly Fuchek, professional women, leaders of the Hackettstown chapter, and mothers. Pelcher, the president of the chapter claims that early on in her life, she was a struggling single mother, and Soroptimist International had “smacked her in the face”, as a result, she sought out to return the favor, and now runs it with Fuchek as her right hand.

The two women devote their spare time to seeing that the pillars of the group are upheld. Their morals as a group emphasize their community, education, and empowerment are upheld through their socials and events, along with their monthly meeting on the fourth Wednesday of every month. It should be noted that women of all kinds are welcome as they are not affiliated with political or religious opinions; they are simply in it for the good.

It is a common misconception that those who live in the developed world, where young women are not only welcome but entitled, to everyday luxuries. Things such as access to a driver’s license, an education, and divorce are all things that seem commonplace in countries such as the United States, therefore many dismiss the need for such a club insisting that the real issues are overseas in the Middle East in particular. While Pelcher and Fuchek agree with this claim, it is because of this misconception that causes women’s issues in the developed world to be minimized, almost forgotten. This is where groups like Soroptimist International comes in; they remind those who think that these vital issues for women in the developed world simply do not stop at voting rights and a degree. They remind those in their environment that statistics for domestic violence against women are still very much devastating in this country. As a result, their pillars remain standing and their doors open in order for the woman trying to better herself would not have to look farther than her own backyard.

Their educational goals involve both social awareness as well as academia. Including but not limited to, a campaign in which bookmarks were distributed to high school girls written with “He loves you/He loves you not” in which red flags for toxic relationships of all kinds are highlighted. In order to attract and entice younger members, they do work with the Hackettstown SHINE program, in order to guide and counsel high school students in order to figure out which path they want to take. Their work with academia involves combing through several applications for women of low income, looking for financial aid once they have been accepted to a higher education institution or a trade school. As a result, they have helped pave the way to get several women in nursing programs and the like.