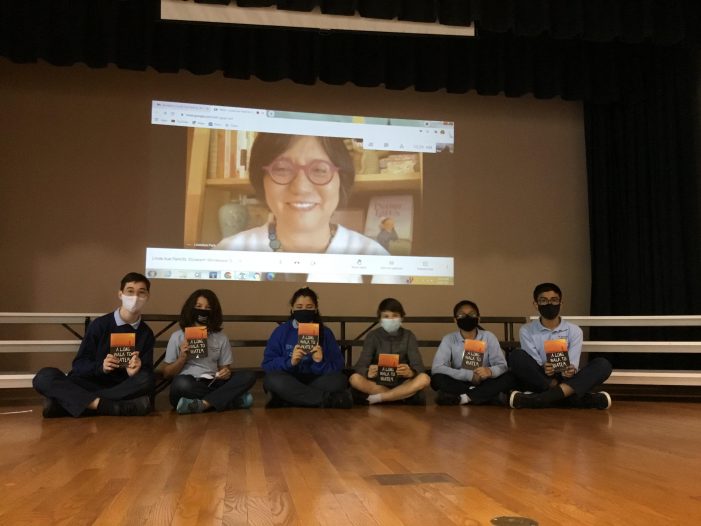 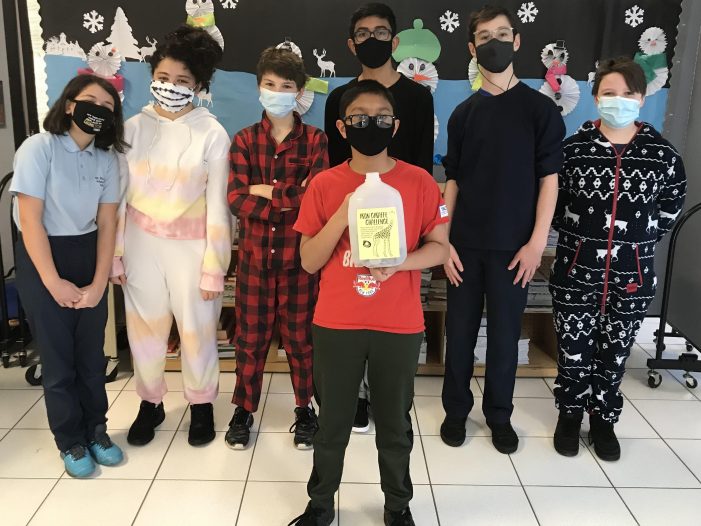 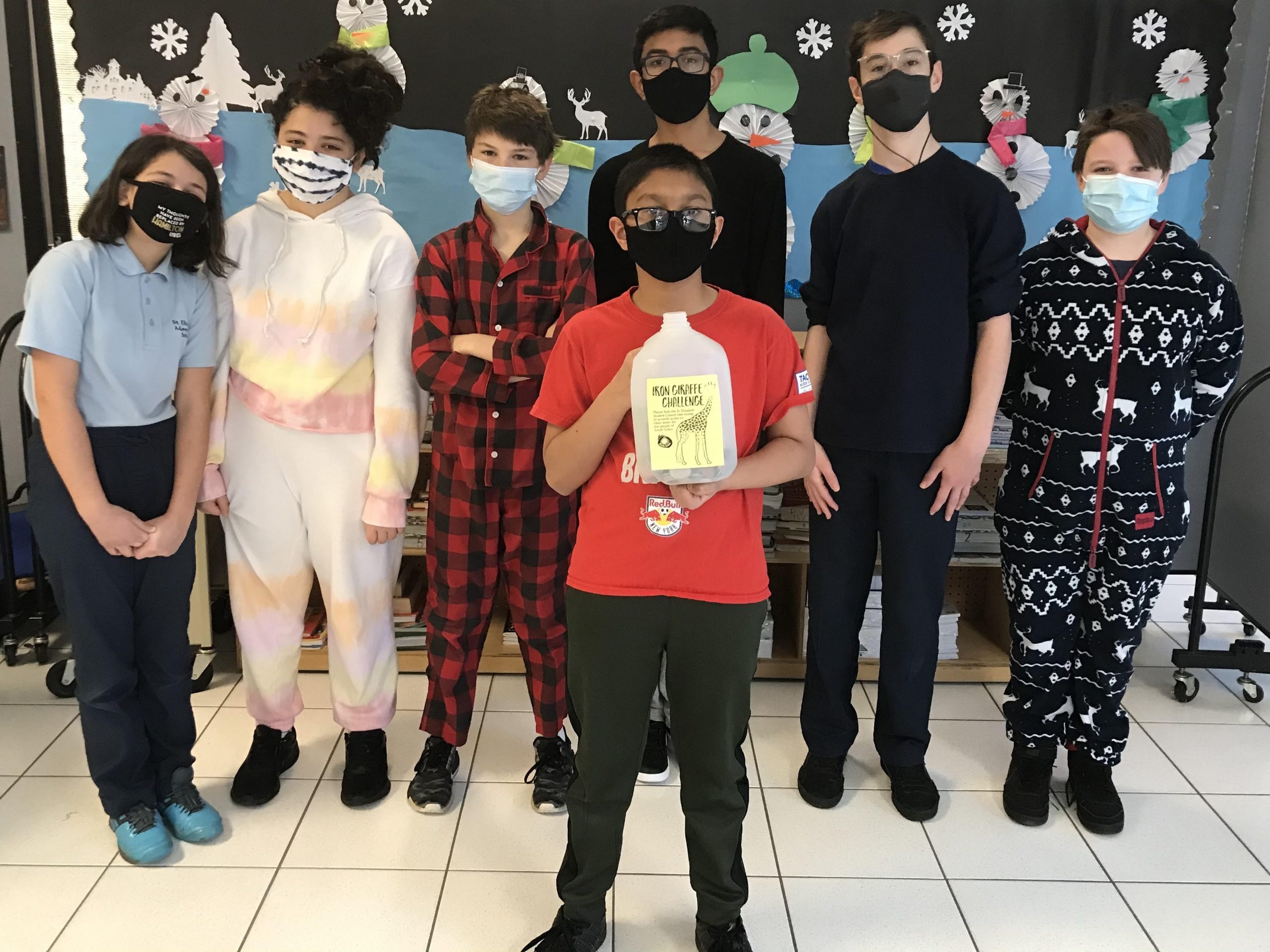 St. Elizabeth Nursery & Montessori School in Parsippany, working with its 6th grade student council, has succeeded in some very encouraging fundraising for the 2020-21 school year.

Donna Saric had been teaching art only at the school for 11 years, but this year she added 4th, 5th, and 6th grade reading to her resume.

“And this year, I also took on being advisor for the Student Council,” Saric says. She then explains, “We started off the year without the Student Council, and then in reading class I chose the book “A Long Walk to Water. It’s a true story. It just kind of looked like a good first read. So, we read it together as a group and the story is just incredible.”

Reading the book with her seven 6th graders, who became the Student Council, inspired Saric, the class, and the school itself to join the Iron Giraffe Challenge, a fundraiser which helps provide finds for drilling for wells, hygiene education, and training for the people of South Sudan. Further interested in the Water for South Sudan organization, founded by Salva Dut (whose story inspired “A Long Walk to Water”), the school’s initial goal was to raise $1000 for the organization.

The families of St. Elizabeth Nursery & Montessori School did better, collecting more than $3700, all of which was donated to Water for South Sudan.

However, since the deadline for the Iron Giraffe Challenge wasn’t until April, the school wanted to do something for the holidays, and they did. In December, organized was a school-wide fundraiser to collect gift cards for the New Jersey Battered Women’s Services of Morris County. “One of my students suggested that we do a fundraiser for JBWS, because her mother had done some things with them,” explains Saric. “I contacted them and asked them if there was any type of holiday drive that they could use or need. And they have a Holiday Shop for Families.” JBWS also mentioned to Saric that they were overrun with toys for kids, but also that older children were also part of the equation, and they suggested gift cards. “We did a gift card drive where we asked each classroom – we have a large early childhood program and then we have our elementary program – so this was something for the entire school. My student council went to each classroom to explain what this was for and the importance of giving. And in a week and a half, because we were a little late to start and they needed it before the holidays, we raised almost $2,300 in various gift cards.”

The Iron Giraffe Challenge was kicked off in February. The Student Council created a PowerPoint presentation, again visited each classroom to explain why they were doing the challenge, and the initial kind of motivator for each classroom was called a “Loose Change Challenge,” and that there would be a winner among the early childhood and elementary classrooms where the class that raised the most money would get a dress down day.

The school collected a total of coins and also bills in the amount of $3,776 for Water for South Sudan, which well exceeded the school’s initial goal of $1,000. The latter amount when reached entered St. Elizabeth Nursery & Montessori School in a prize drive, one being a private audience video call with “A Long Walk to Water” author, Linda Sue Park, which they won and had on Monday, April 23.

For Saric and the school, however, it wasn’t about the win, but the giving. “I really encouraged my students that winning that was not at all the point. I said to them, ‘We far surpassed what we set out to do and, and so we need to really remember that that’s why we did it, and we didn’t do it for a prize.’”