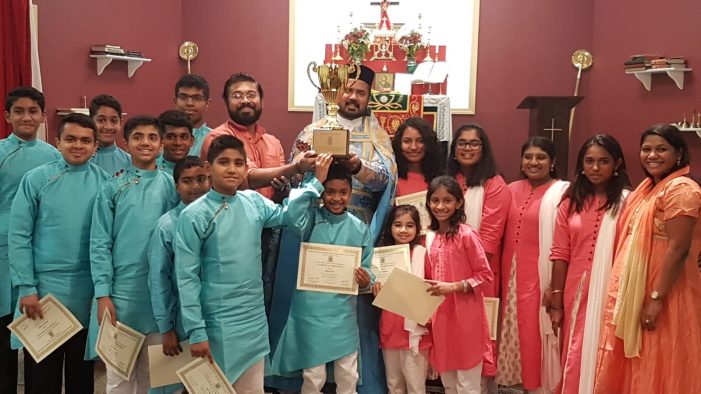 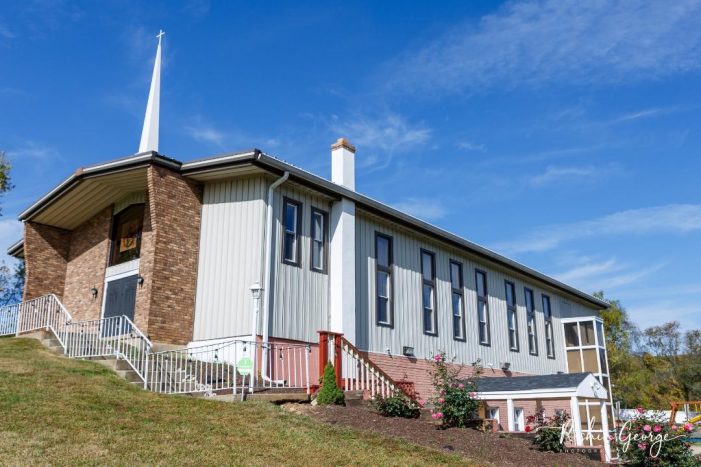 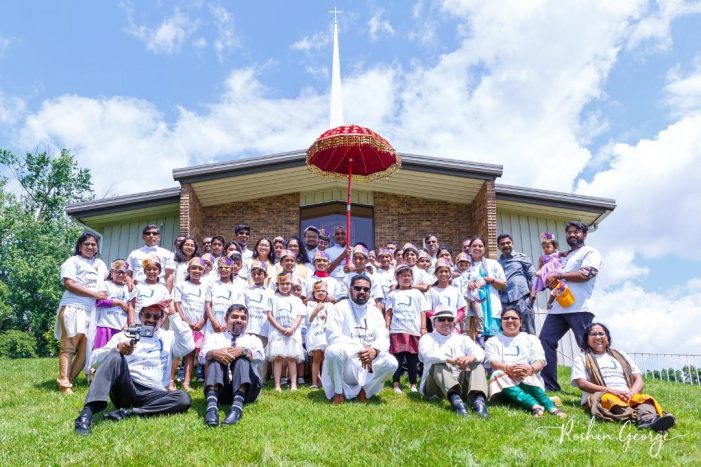 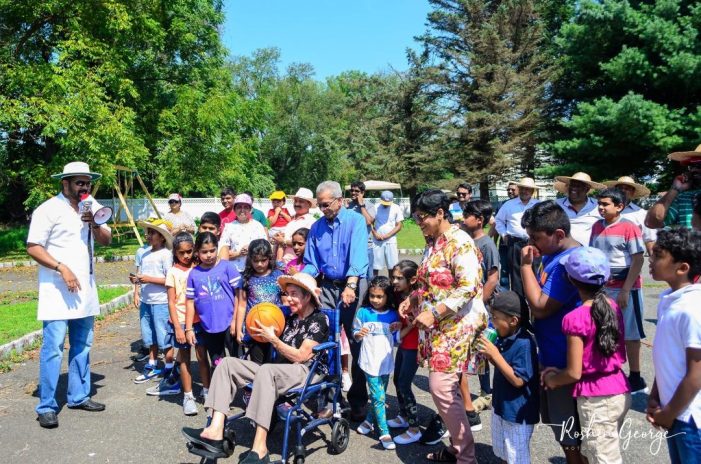 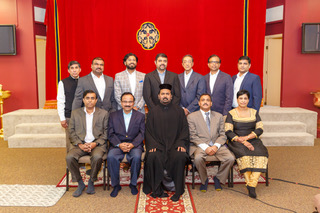 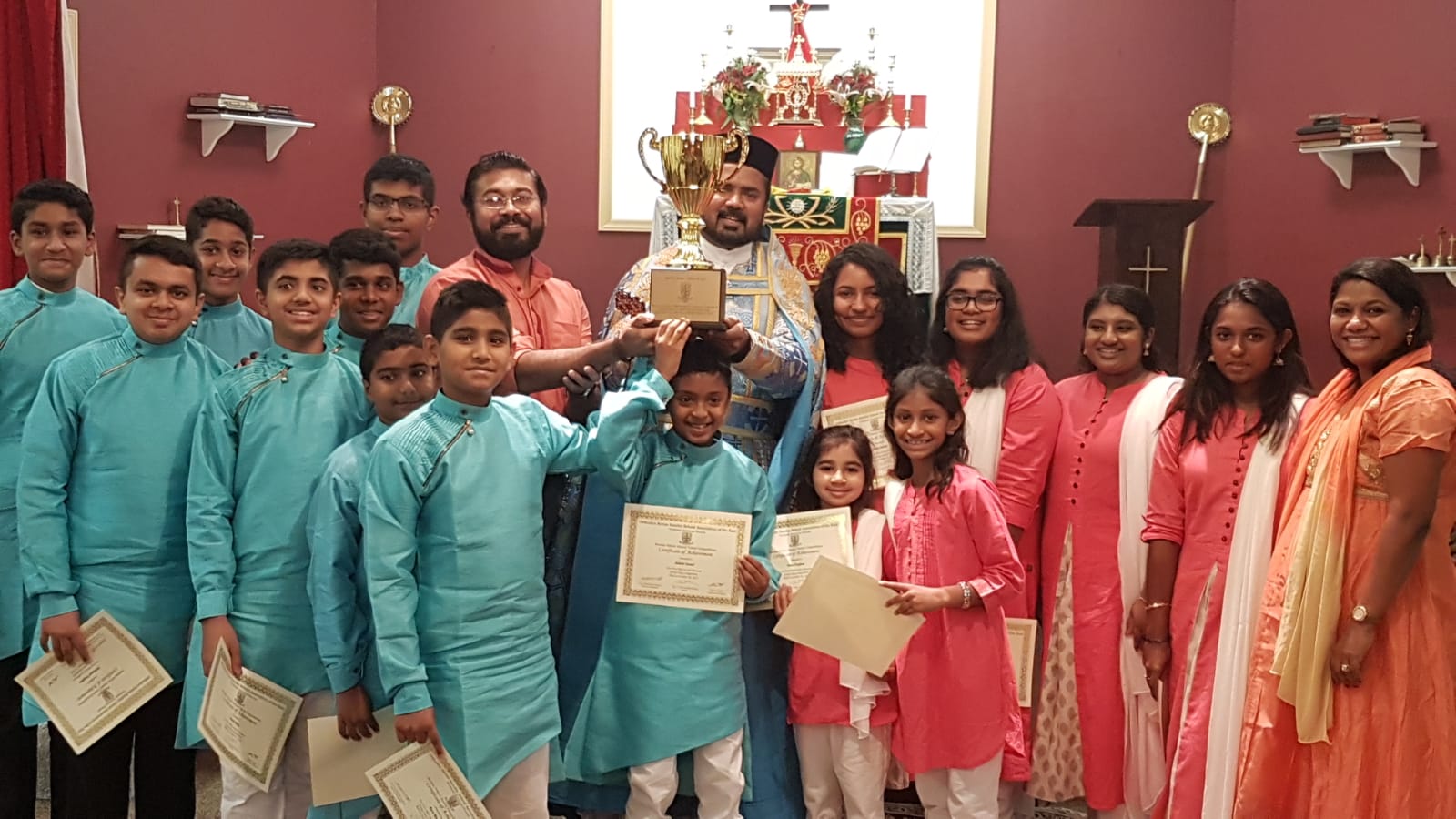 In December 2018, a fire broke out at the St. Thomas Orthodox Church, which at the time was located in Dover.  The fire destroyed the altar and made the building unusable. However, in what it has called, “God’s divine intervention for our church to blossom under a new roof”, the congregation  found that five days after the fire, the building of the Hope Baptist Church on 50 Flanders-Bartley Road in Flanders went up for sale. St. Thomas Orthodox Church decided to buy the Flanders church and went through getting the needed approvals and set out to raise funds from other churches in its Diocese.  On March 14, 2019, 100 days after fire had struck its church in Dover. the congregation was able to secure its new home. This month marks the church’s first anniversary in Mt. Olive.

Looking at this past year, the church’s vicar, Rev. Fr. Shibu Daniel said he thanks God for this opportunity of being in Mt. Olive. Daniel noted the church is enjoying “the beautiful, serene area and how nice the people are.”

Daniel has been the vicar of the church for about 10 years. Daniel studied at the Orthodox Theological Seminary, Kottayam, India from 2001 to 2006 and was ordained as a priest in 2007. He has a wife, Smitha and a son, Ashish.  Daniel noted that he was interested in ministry even as a child. He was inspired to become a pastor by the priest in his community. Also, Daniel noted, “I’m a people person.” He shared, “The best gift we can give someone is to be there when they need it.”  The vicar’s hobbies include reading and an interest in sports.

Within the local church, a Managing Committee is elected every year by the parish General Body, and that Managing 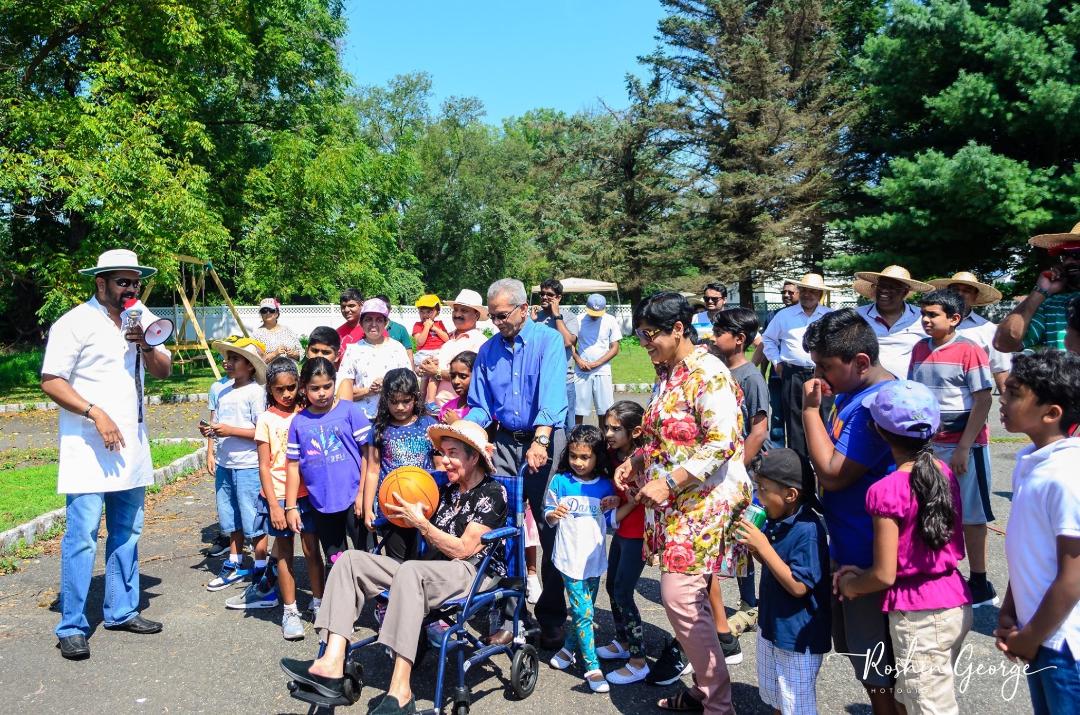 Committee, along with the parish coordinators, under the presidentship of the Vicar, take care of the daily activities, administration and events of the parish.

St. Thomas Orthodox Church is part of the Malankara (Indian) Orthodox Church, which has about 2.5 million members worldwide.  It has two Dioceses in America: the Northeast American Diocese and the Southwest American Diocese. (St. Thomas Orthodox Church is in the Northeast American Diocese.) When asked to give some background on its denomination, members of the church’s Managing Committee, shared this summary: “The Malankara Orthodox Syrian Church was founded by St. Thomas, one of the twelve apostles of Jesus Christ, who came to India in A.D. 52. At least from the fourth century, the Indian church entered into a close relationship with the Persian or East Syrian Church. From the Persians, the Indian church inherited the East Syrian language and liturgies, and gradually came to be known as Syrian Christians. In the sixteenth century, Roman Catholic missionaries came to Kerala. They tried to unite the Syrian Christians to the Roman Catholic Church, and this led to a split in the community. Those who accepted Roman Catholicism are the present Syro-Malabar Catholics. Later, Western Protestant missionaries came to Kerala and worked among the Syrian Christians. This also created certain divisions in the community. In the seventeenth century, we sought help from Antiochian church; thereby, several bishops and fathers came to India and we welcomed them wholeheartedly. Later, this Antiochian association took the nature of invasion and rule over our church. Our church resisted this authoritarian attitude and established our own identity as an indigenous autonomous church, which led to the establishment of “Catholicate” in 1912.  At present, the church is using the West Syrian liturgies and practices. The faith of the church is that which was established in the three Ecumenical Synods viz; Councils of Nicea (A.D. 325), Constantinople (A.D. 381) and Ephesus establish (A.D. 431)…. The Church is in good ecumenical relationship with the Eastern Orthodox, Roman Catholic and Protestant Churches.”

Each Sunday, St. Thomas Orthodox Church has a prayer meeting at 9 a.m. At 10 a.m., there is Qurbana (mass) which includes celebrating the Holy Eucharist every week. Being an orthodox church, they follow a traditional style of worship.

After worship, the children and youth through high school, go to Sunday School. They first meet as a group for prayer, song, etc. and then go to their classes which are divided by grade level.  Sunday School is held during the school year and takes a break during the summer months.

The church holds an Orthodox Vacation Bible School (OVBS) in the summer which includes crafts and activities.

In addition, Beno Joshua, Joint Secretary of the church’s Managing Committee shared the church has a choir of children, 7th grade through high school. Joshua noted that the denomination holds choir competitions each year, first at the area level and then, those who win at that level, go on to the Diocese level.  He noted that the choirs sing liturgical songs in the completion and that for the last two years in a row, St. Thomas Orthodox Church has won at both the area and Diocese levels.

The spirit of giving is instilled in the Sunday School children. Secretary of the Managing Committee, George Thumpayil, shared that rather than use the allowance money they receive from parents. the children hold car washes “to make their own money to donate” to church outreaches.  The church pays for the car wash supplies, so that all the monies the children make go right to their outreach.

Also, after worship is a time of fellowship for the church. Among the fellowship opportunities at the church is the 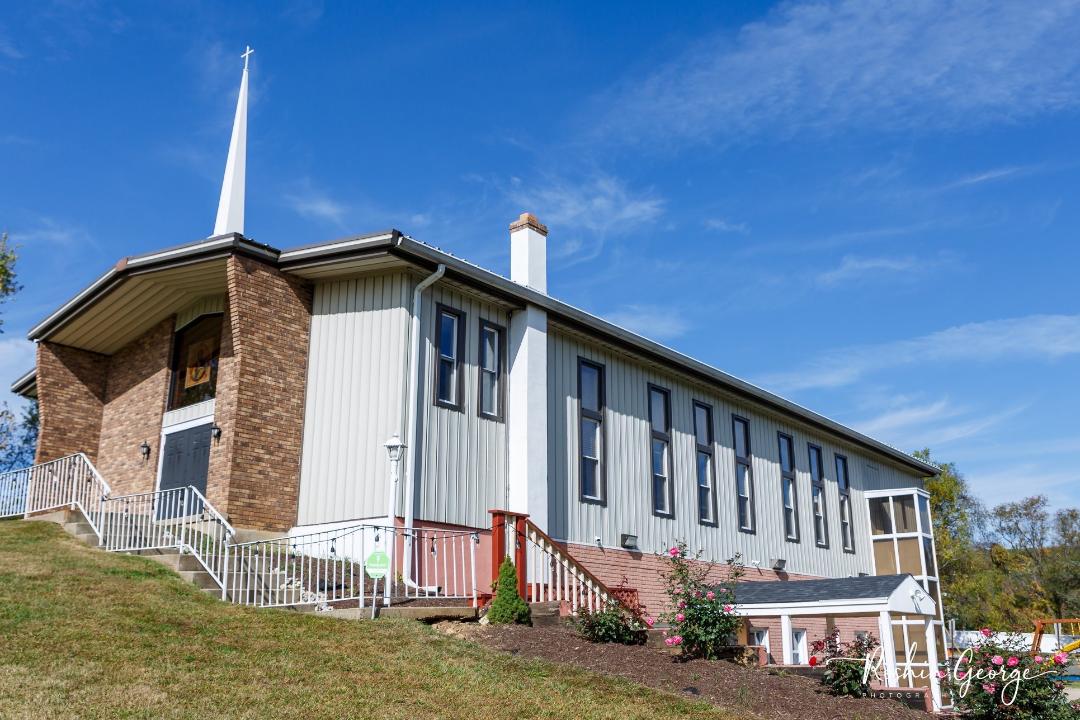 women’s league or MMVS (Morth Mariam Vanitha Samajam).  The MMVS is the St Mary’s Orthodox Women’s League of India, the women’s wing of the Malankara Orthodox Church of India.  Its founders named it “Morth Mariam Samajam” after the Blessed Virgin Mary whom they accepted as their interceding saint. The league meets to pray,and study the Bible and is involved in a variety of outreaches throughout the year including a blood drive and helping Hope House (in Dover).

Another fellowship opportunity is the Mar Gregorios Orthodox Christian Student Movement (MGOCSM).  Named after the first Indian Orthodox saint, Mar Gregorios Geevarghese of Parumala, it is a worldwide student spiritual organization started in India.   Young adults and college students meet to talk about social questions young people face, get religious education and are given direction and support in following in the Christian way.

Managing Committee Treasurer, Thomaskutty Daniel noted that fellowship after church can last until 3pm or 4pm.  Daniel shared that many want to “spend quality time together”.

He noted that there are also fellowship opportunities outside of those on Sunday.  There is a monthly prayer meeting held in a member’s home. Group gatherings also include a yearly family picnic, a family night, and a Diocese family conference.  The conference is for members of the churches in the Diocese to gather in one spot. This gives them the opportunity to mingle and fellowship with each other.

Another type of fellowship is educational seminars held at the church during which members can learn from experts about a variety of subjects, such as how to write a will, CPR, and health issues.

Outreach is important to this church and Thumpayil noted the various ways the church gets involved in helping others.

The church does a school supply drive during the summer getting pencil, note books, “everything that the students need,” said Thumpayil.  In the past, the drive has benefitted needy students in Dover. Now that the church is in Mt. Olive, it hopes to help needy students in this area.

Every year, the church has a summer blood drive, working with the Blood Bank of New Jersey.

For Christmas, the church participates in the Operation Christmas Child program of Samaritan’s Purse. Through that program, shoeboxes with goods for needy children are distributed throughout the world.

The church also helps Hope House Catholic Charities in Dover by collecting non-perishable food items. In addition, the church does a winter coat drive for “lightly used” items to give to Hope House. Speaking of clothes, the church has donated used clothes to an international relief organization.

When made known of needs through its diocese, the church has reached out to help.  For example, in 2019, the church raised money to help a family in Pennsylvania where the husband, the breadwinner, had died suddenly, leaving the family in need. Other examples are donating monies for disaster(flood) relief in part of India and for a house destroyed in the flood.  For the church’s jubilee in 2018, it donated a dialysis machine to a dialysis center in India to help the poor who cannot afford such care.

Talking about the church’s coming to Mt. Olive one year ago, Rev. Fr. Daniel reflected on the area’s name.  He noted that the Mount of Olives was the location of Jesus’ ascension and the place the second coming is expected.  Thus, “Mt. Olive” seems like a perfect location for a church.