Tewksbury Author, Long-Time Lover of Animals, Out with New Book 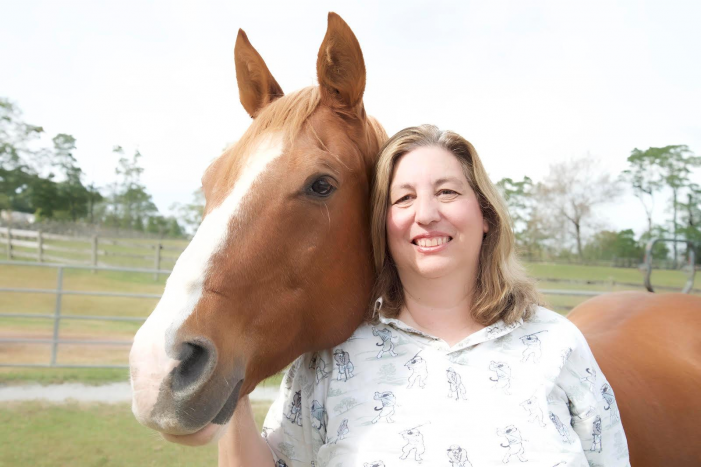 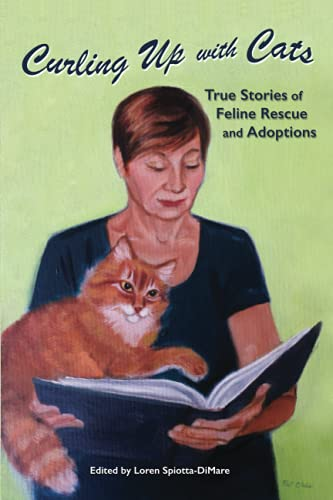 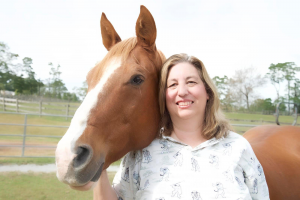 Loren Spiotta-DiMare, Tewksbury-based author of animal-themed works, has come out with a new collaborative anthology of short essays called Curling Up with Cats: True Stories of Feline Rescues and Adoptions.

To identify her as simply an author of books on animals, however, would be a simplistic reduction of who she really is, which is clear to anybody that happens to chat with her for ten minutes. At her core, beyond her beautiful home in Tewksbury, beyond her books, and her warm smile and openness, Spiotta-DiMare is an enchanted witness to the animals she documents in her work, as enchanted by them as astronomers are by distant galaxies (only with a lot more love). Underlying each of her literary undertakings—whether pamphlets, illustrated children’s books, articles, or anthologies—is a profound wonder for the animals she writes about. Before ever writing a word of any of her published works, she surrendered to the sheer mystical beauty of these creatures, specifically dogs and horses, each of which she sees as unique beings with internal worlds as nuanced, as full of feeling and mystery, as our own. It is this sense of wonder that feeds her contagious enthusiasm, which in turn feeds her work.

Speaking by phone and surrounded by pets—including rabbits, a parrot, horses, and her beloved dogs—Spiotta-DiMare recalls how her writing career began for her. “When I was young, in my teens and early 20s, I was an assistant in a dog salon. I would hold and bathe the dogs for the groomer while she worked, and that sparked my very first article, which I wrote on dog grooming for the pet section of the Star-Ledger.” Before long, she was working with seeing-eye dogs and began writing about them too. She was developing both her writing and her growing knowledge and passion for dogs.

Horses played a major role in that development, as well. The Short Hills native says she learned everything she knows about horses from her grandfather, including how to ride. She recalls her days of riding horses with a sense of nostalgia, and wishes she would have kept up with it more consistently, especially over the twenty-year span where she focused heavily on her writing and on building what would become an impressive professional portfolio.

She not only wrote the books for which she is known but also contributed to newspapers and magazines; wrote for real estate companies and engineering firms; and worked for eight years as the public relations director for the Somerset County Chamber of Commerce. She went so far as to start her own publication house as well, J. Pace Publications, in 2008, which now publishes her books.

In the end, however, it is her own personal writing which is dearest of all to her. Recalling writing her first children’s book, Chelsea and the New Puppy, published in 1997, she laughs as she recounts the inspiration behind the story: “It was early in our marriage. We got our first dog, a Welsh springer spaniel named Chelsea. About five years after we got her, we decided she needed a friend, so we brought in a field spaniel, Smoky. We were so excited to see the two become fast friends, but Chelsea was super jealous, and showed it for a full year. Absolutely a sibling rivalry.”

As she recounts these memories, it appears as if though Spiotta-DiMare is reliving them. Joy pours forth from her in cascades, and it’s a daunting task to hold back an ear-to-ear grin. “When all was said and done, Chelsea lived to fifteen years, and Smoky to sixteen, and I am absolutely certain that the fact that they had each other for most of their lives contributed a lot to their longevity.”

It is only a matter of time after telling a story of her cherished dogs from years ago before she returns to the topic of her horses, her way of neutralizing any possible misconception that one animal species owns a bigger chunk of her heart than the other.

She points out another of her children’s book, Sergeant Reckless: Hero War Horse (2021), and how she dedicated it to her father, Robert A. Spiotta, who served as Marine Corps captain in the Korea War. The book tells the fascinating story of how a Korean racehorse adopted by a marine unit ended up helping American troops carry ammunition, food, and other essentials over long, dangerous distances as they battled communist forces during some of the most ferocious battles in the whole war.

Asked whether she prefers dogs or horses, she pauses again. “I would have to say ‘dog’, but it really is a close tie with ‘horse.’ I had dogs for most of my life, and had a horse for twelve years. We called him Elwood; he was a Quarter Horse. While liberty training him, I’d stand in the center of the ring, of the pen. He’d be loose in that ring with me, and I’d be giving him commands. Canter, walk around me, etc. He got so good at it that he got it with hand signals. He’d trot at the drop of my hands, he’d stop when I gave him a different gesture. Towards the end of his life, we did spoofs on him, calling him Mr. El—a pun on Mr. Ed—and putting these big sunglasses on his face, having him talk into a telephone.”

One of Spiotta-DiMare’s favorite activities is to visit schools, where she presents some of her work to the student body. The principal or school librarian will usually highlight which of her books to focus on, as well as let her know which age groups will be present for the discussion. She typically will give three presentations in a given visit, each of which includes a series of PowerPoint slides. The kids have a blast when she puts up the slides, she says, “because the animations and illustrations look so lovely up on that big screen.”

It seems, however, that for all the fun the kids are having, Loren Spiotta-DiMare is having more of it. Spiotta-DiMare’s books are available for purchase at www.lorensreadingroom.com.