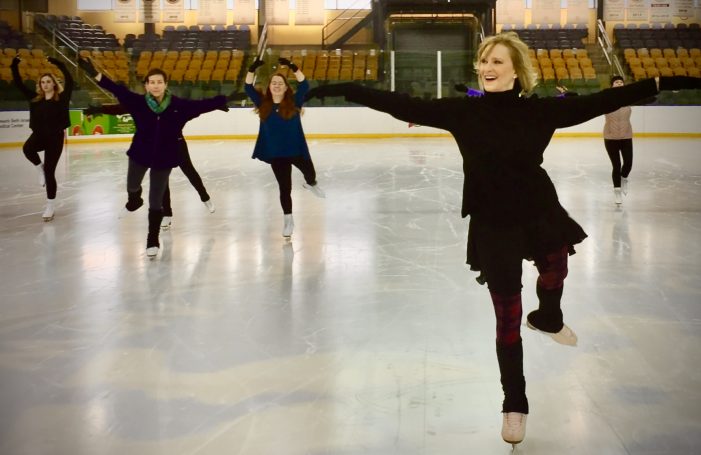 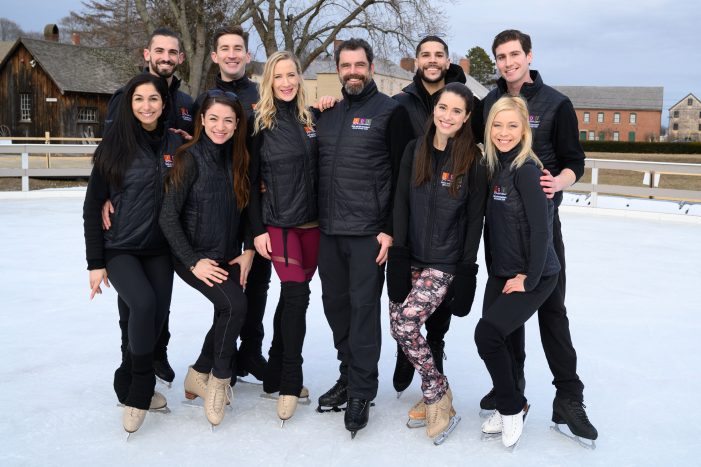 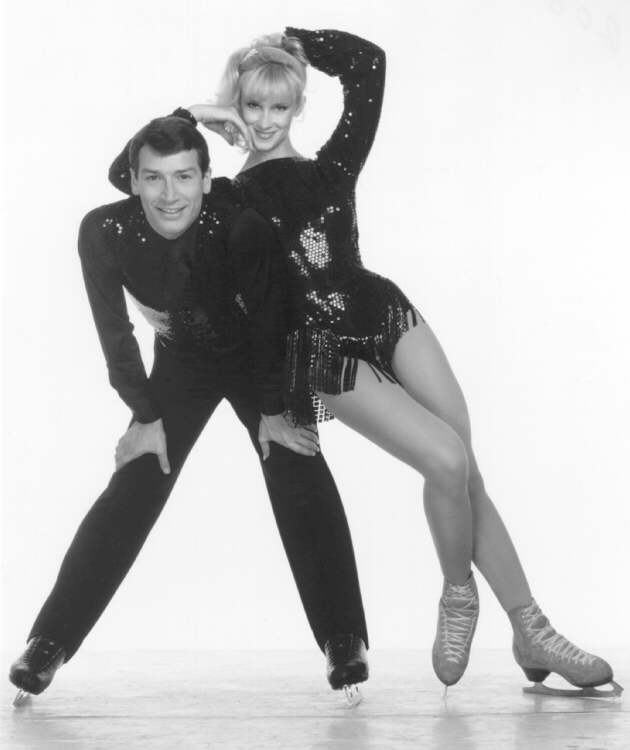 West Orange’s Codey Arena is home to two NHL sized rinks, but aside from public skating sessions, figure skating and hockey practices, this arena is filled with much more than meets the eye. On March 1, Ice Dance International came to the West Orange area, showcasing award winning ice skaters and treated the public to one stellar performance.

Ice Dance International, which is based in Maine, rolled in on the morning of March 1. As preparations were underway for In Flight: Live, a mix of world-premiere pieces and previous works, blending emotional and stirring performances set to familiar classical music and contemporary artists including Thom Yorke, Ben Kweller, Max Richter and Artie Shaw, excitement was buzzing around the arena.

Ice Dance International, in its sixth year as a company, decided to tour after a ground-breaking 2019 performance that made it the first ice dance company invited to the Jacob’s Pillow Dance Festival site in Becket, Mass. They have also had two popular television specials in regular rotation on PBS stations nationwide bringing their artistry and athleticism to millions of viewers around the country.

Executive Artistic Director for Ice Dance International, Douglas Webster, has been an accomplished choreographer who’s work can be seen in stadiums and arenas across the country, shared that the cast and crew who make up In Flight: Live have been nothing but wonderful to work with.

“You want to provide people with an opportunity to see beauty and to get out of the insanity that is happening in the world today. Our show allows people to take a moment to breathe and see some beauty. People sometimes watch our rehearsals and often cry. I hope that people really enjoyed our show and we’d love to hear from them with comments.” Webster said.

The show, which was a massive hit, brought awareness that ice dance is still very much alive and well. That was just one of Webster’s hopes when he started this journey with Ice Dance International.

“I don’t see ice dance in a competitive term, I see it as dancing on ice. I want Ice Dance International to grow as a company so that we’re able to have a spring and fall season.  Ice dance is a very powerful experience, it’s extraordinary and it’s very personal to each audience member. To see that we do glide and flow, to see the artistry, people love to watch that. To bring world class ice dance to a major audience, that’s ice dance in my mind. It’s grace, it’s beauty, it’s flight.” Webster shared.

West Orange has a special place in Ice Dance International’s heart. With some of their Board of Directors based out 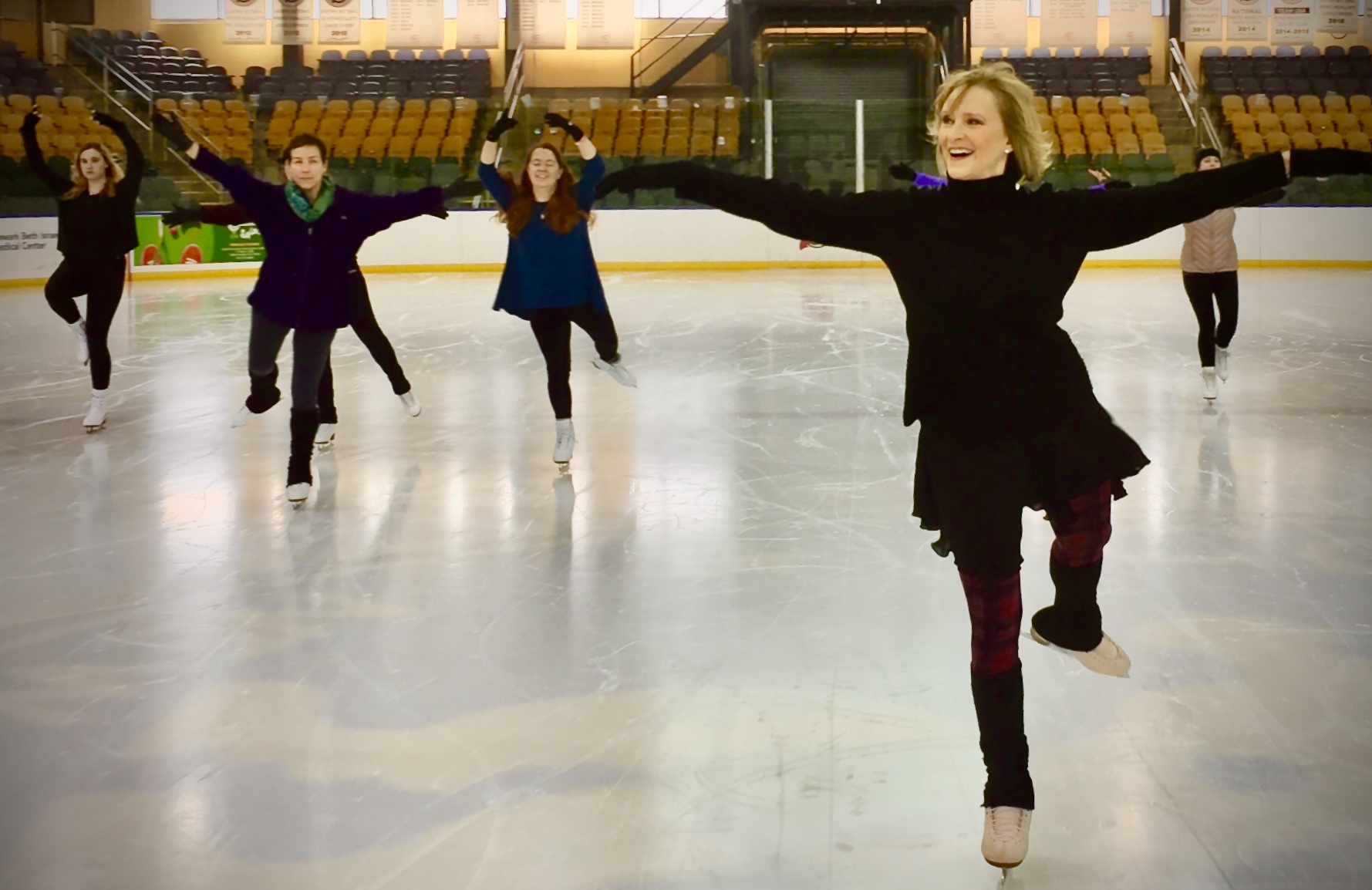 of the West Orange area, Webster and his team have created many routines at Codey Arena, held practices, and much more. March 1 was Ice Dance International’s second stop in West Orange after visiting in 2016 on their national tour.

“The only place you can see elite figure skating these days is during a competition, where there are judges, and scores, and technical elements that many people don’t always understand. Ice Dance International, they are not burdened with all the judging and all that scoring, there is music, a composer, a choreographer, that creates beautiful pieces. It’s like going to a ballet, but it’s on the ice. The top notch Olympic and world class skaters are there, but now they are just skating for the beauty and the exquisite sensibility of their art.” Starbuck said.

Starbuck had quite the career in skating. When she started as a little girl, the Olympics were far from her mind. After taking a few recreation classes in skating, she was paired up at the age of seven with her partner for more than 40 years, Kenneth Shelley.

“When I was growing up in Southern California, I was a real tomboy but also really theatrical. I was always making up little plays in my garage that I would make my neighbors come and the other neighborhood kids would be in it. I was producing these little plays, but I also couldn’t stop climbing things and I couldn’t go fast enough. My mom discovered the Downey School of Ice Skating and she bought me some secondhand skates and I would go there after school.” Starbuck said.

Starbuck fell in love with skating quite fast. Skating gave her the ability to go fast and feel the wind in her face, but also at the same time, allowed her the ability to be theatrical. Skating started very innocently for Starbuck, finding the rink to become her second home over the years.

“I didn’t even know what the Olympics were at that age, you don’t start out saying ‘I’m going to be an Olympian’, you just take one day as it comes and then I would see these ice shows, and I just knew I really wanted to be in one of those shows. That was my real motivation initially.” Starbuck said.

“Making the Olympic team was probably one of the highlights of my entire skating career. When Ken and I turned pro was also one of the best moments, although we longed to make the Olympic team, we always wanted to become professionals, and to be part of that, you have the brightest people in Hollywood producing you and doing your costumes, and setting you, and doing the production numbers, it’s all built around you. Being asked to skate with John Curry at the MET and on Broadway is also a wonderful memory.” Starbuck shared.

After a majorly successful professional career with Shelley, skating and touring with famed Olympic Champion and British Figure Skating star John Curry, Starbuck now teaches at Codey Arena and Rockefeller Center. Her love for skating still remains just as strong. She is grateful for all the life lessons that skating has taught her, and she hopes that her adult skating/fitness classes, JoJo’s Cool Workout, at Codey Arena and Rockefeller Center help others realize the benefits of skating.

“Coaching is a natural evolution, because people see your work and they admire your work and they want a piece of that. One thing leads to another and it’s been an amazing journey. I love the little kids and the senior citizens; it’s been an incredible experience. Skating really does last a lifetime and it gives you so many life lessons.” Starbuck said.