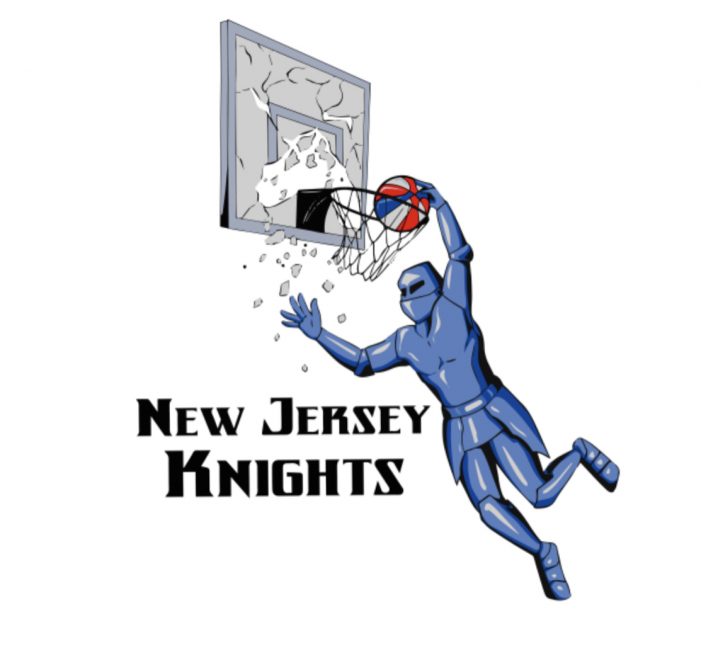 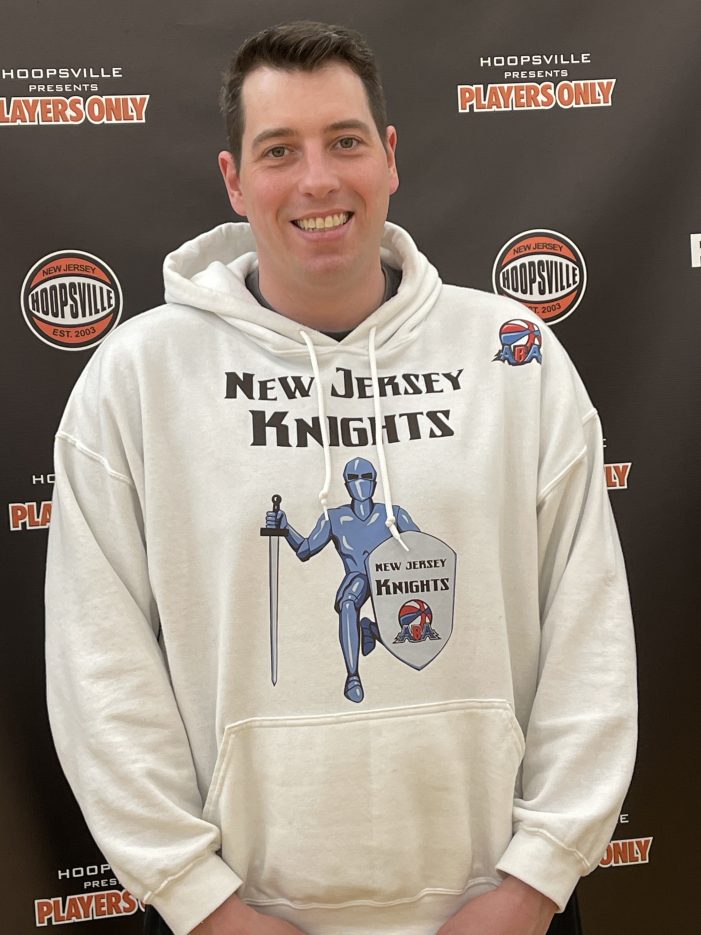 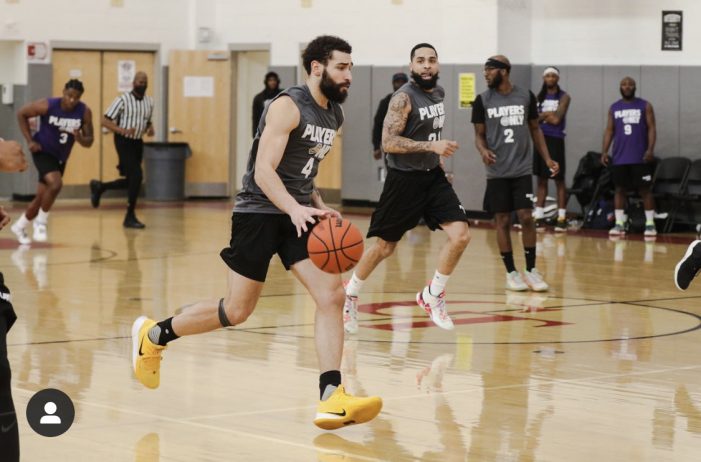 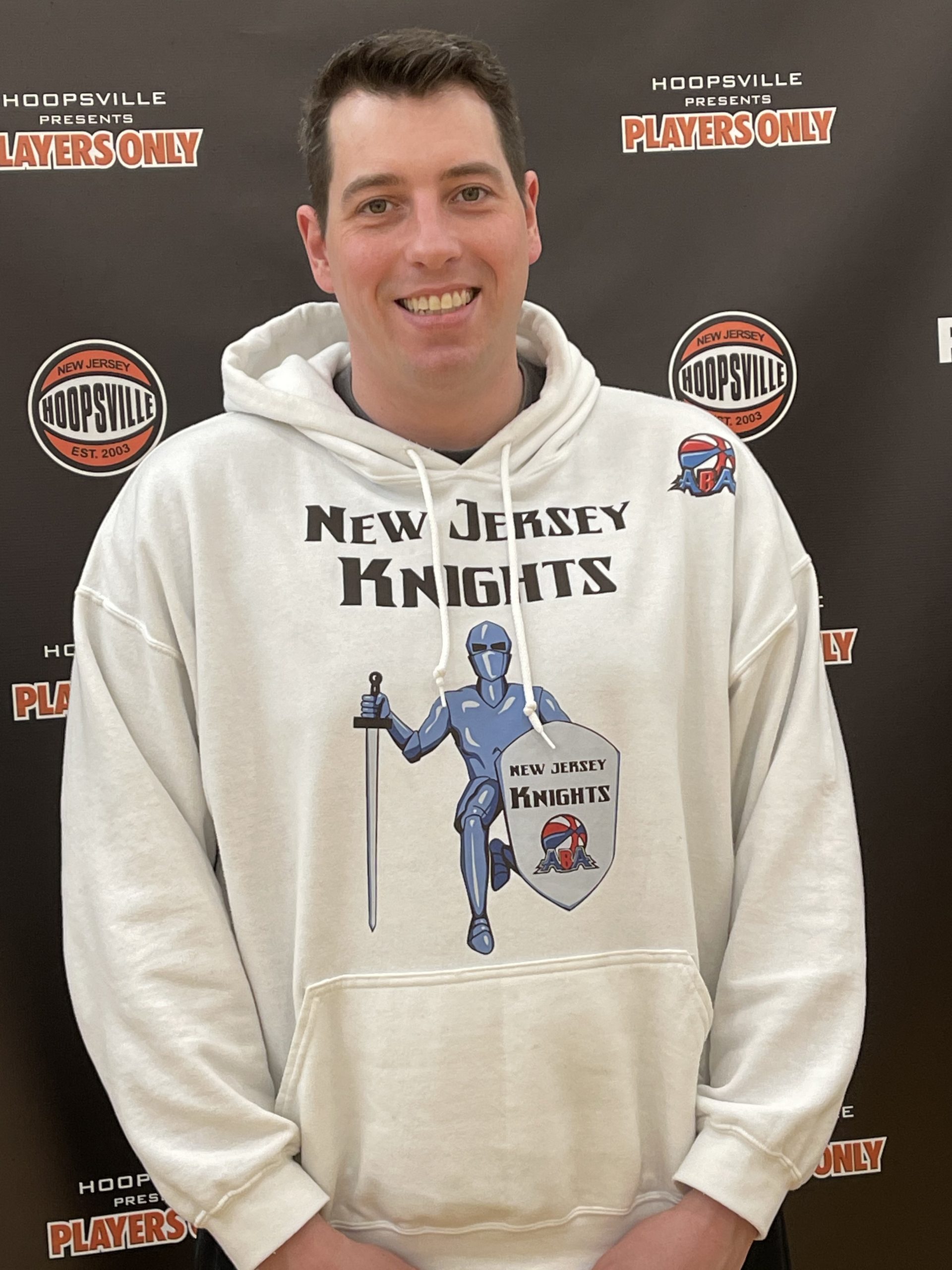 37-year-old Robert Whetham is the founder and owner, General Manager, and Head Coach of the New Jersey Knights, the newest member of the Northeast Division of the American Basketball Association.

“I buy the groceries and I cook the meal,” says Whetham, who has created all the social media pages and marketed the young club since its January inception.

The Knights will begin play next October for the ABA’s 2021-22 season.

Whetham, who grew up in Totowa and played high school and collegiate basketball at Passaic Valley High School and William Paterson University respectively and then moved into the broadcast booth, had a nice introduction to the league. “I ran into a player on the Jersey Express ABA team named Jason Smith while I was refereeing adult league basketball games. He invited me to come meet Marsha Blount, the team owner, and play with and against some of the players on the team in a practice/scrimmage type of situation. I did well enough to be invited back so I stuck around in and out of the lineup as a player and as an assistant coach for parts of three seasons.” Whetham learned a lot about the ABA and how things worked from Blount and the Express organization. “I appreciate how they have given players an opportunity to do what they love to do at a high level for such a long time, myself included. So, without them there is no New Jersey Knights, but I knew that now was the right time for me to start my own franchise because I believe that fate pushed me in this direction.“

In February, Whetham got an early look at his club as they participated in and won the NJ Play Men’s Advanced League Winter Season. The Knights swept all five games and won the championship game over the defending Fall season champions by 14 points. The spring league began on April 1st. In March, the Knights took part in Hoopsville, which Whetham calls “the best professional-amateur basketball league in New Jersey. This is the league where the competition is similar to, if not exceeding, the level of competition that is in the ABA and other comparable basketball minor leagues.”

Whetham is searching for a home venue for the Knights, who will play about 22 total games, 10 of them at home. He’d like familiar stomping grounds. “My goal is to be able to come to an agreement with William Paterson University and use their Recreation Center for my home games. I would also like to use WPU students as interns at my home events to give them the chance to build their resumes as well.”

The roster is still up in the air in terms of the ABA team in October. “It’s not going to be easy,” Whetham says, “but 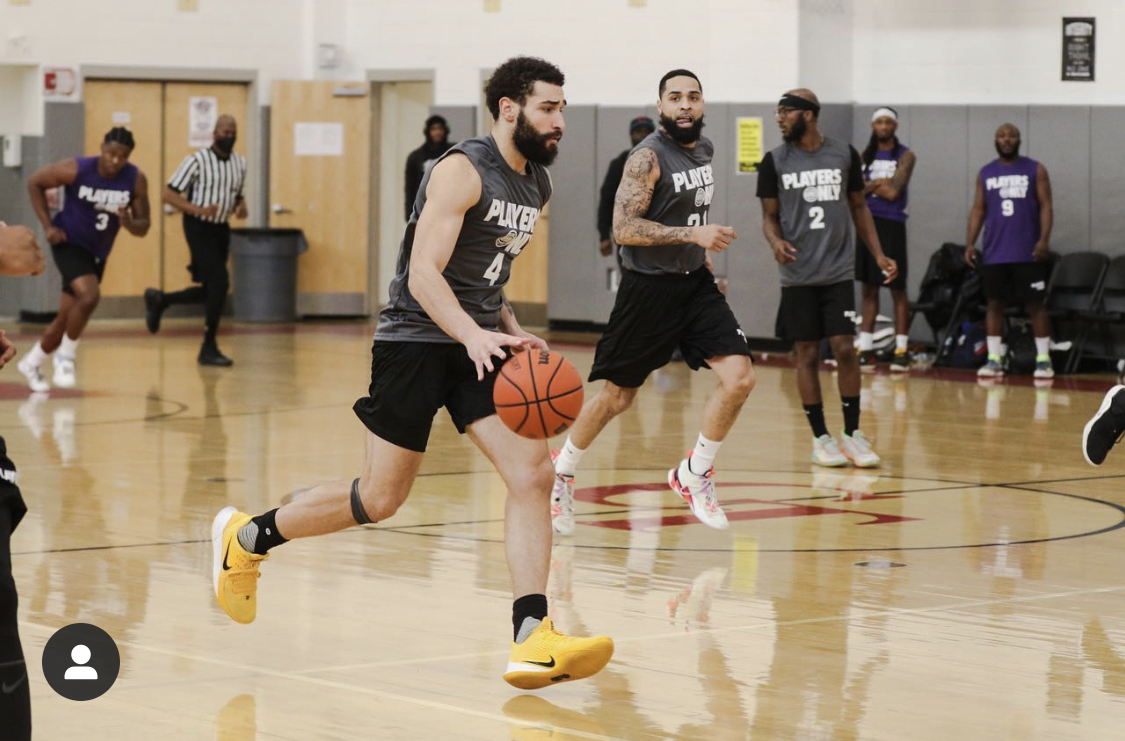 that is why it is important for me to identify the talent that I want to be a part of the organization now and build a core group of guys that are all on the same page, so when we do face challenges, we can work together to overcome them.”

Aside from the early goal of building of brand awareness, Whetham would like to accomplish a bunch of long-term goals such as winning the ABA championship, starting an AAU program for high school and middle school players, and placing a Knights player in a paid roster spot overseas. “The possibilities are limitless and I’m all in,” he says.

For more information about the New Jersey Knights, visit www.NJknightshoops.com.