The Odd Journey of ‘Birches in Winter’: from Chester to Florida and Back Again 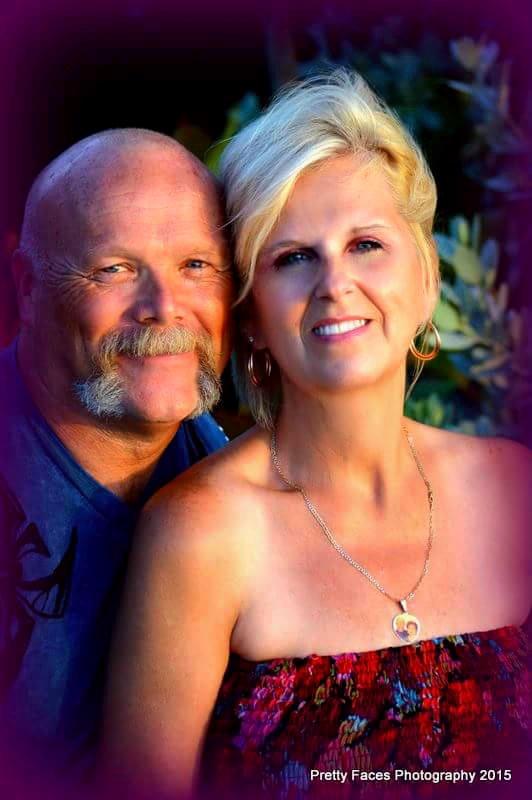 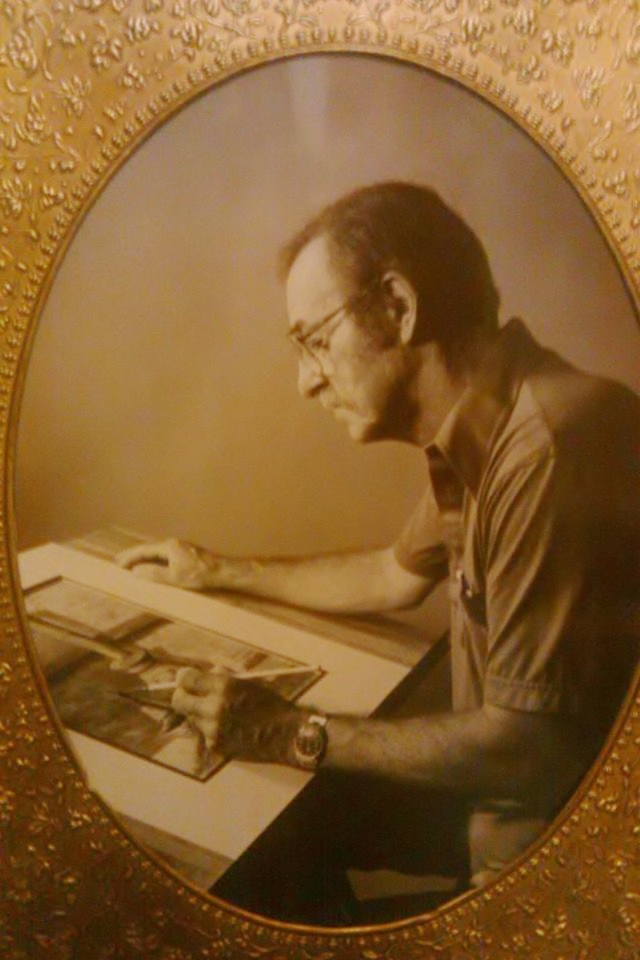 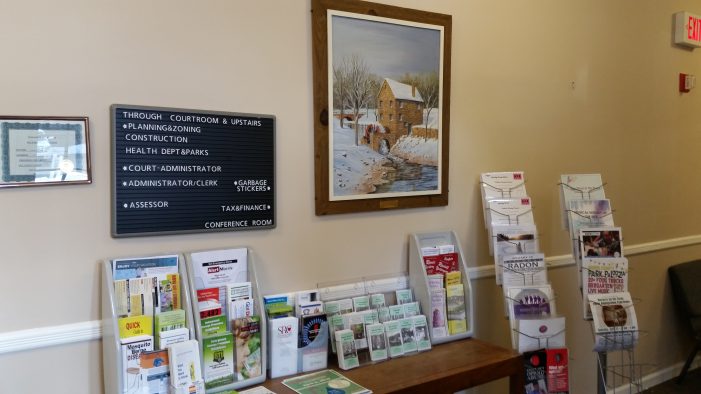 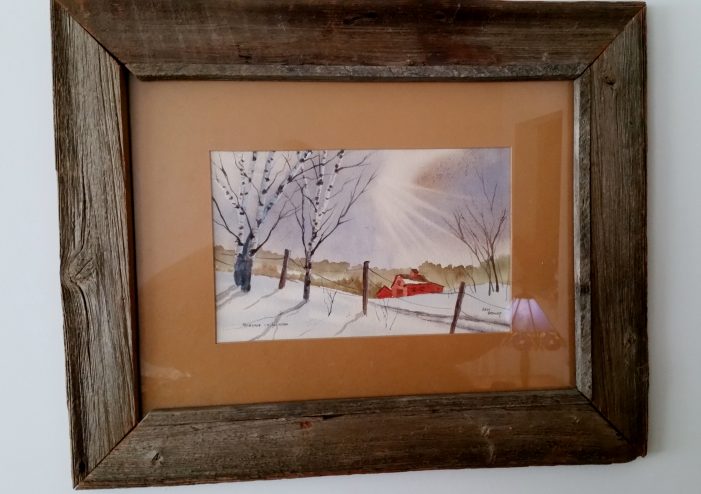 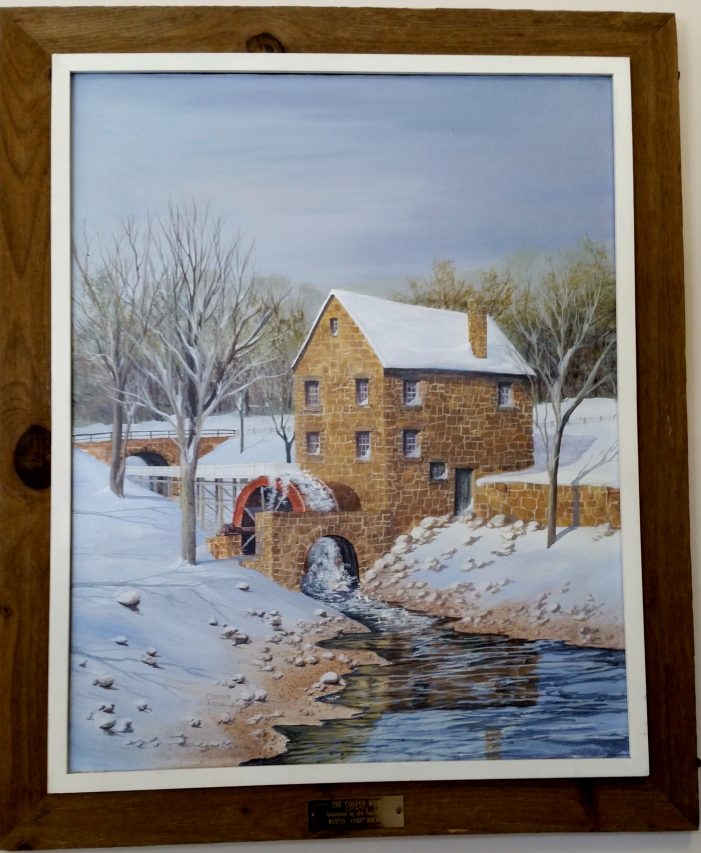 Nearly four decades after it was painted, sold, and seemingly lost to history, a rural landscape by the late town artist 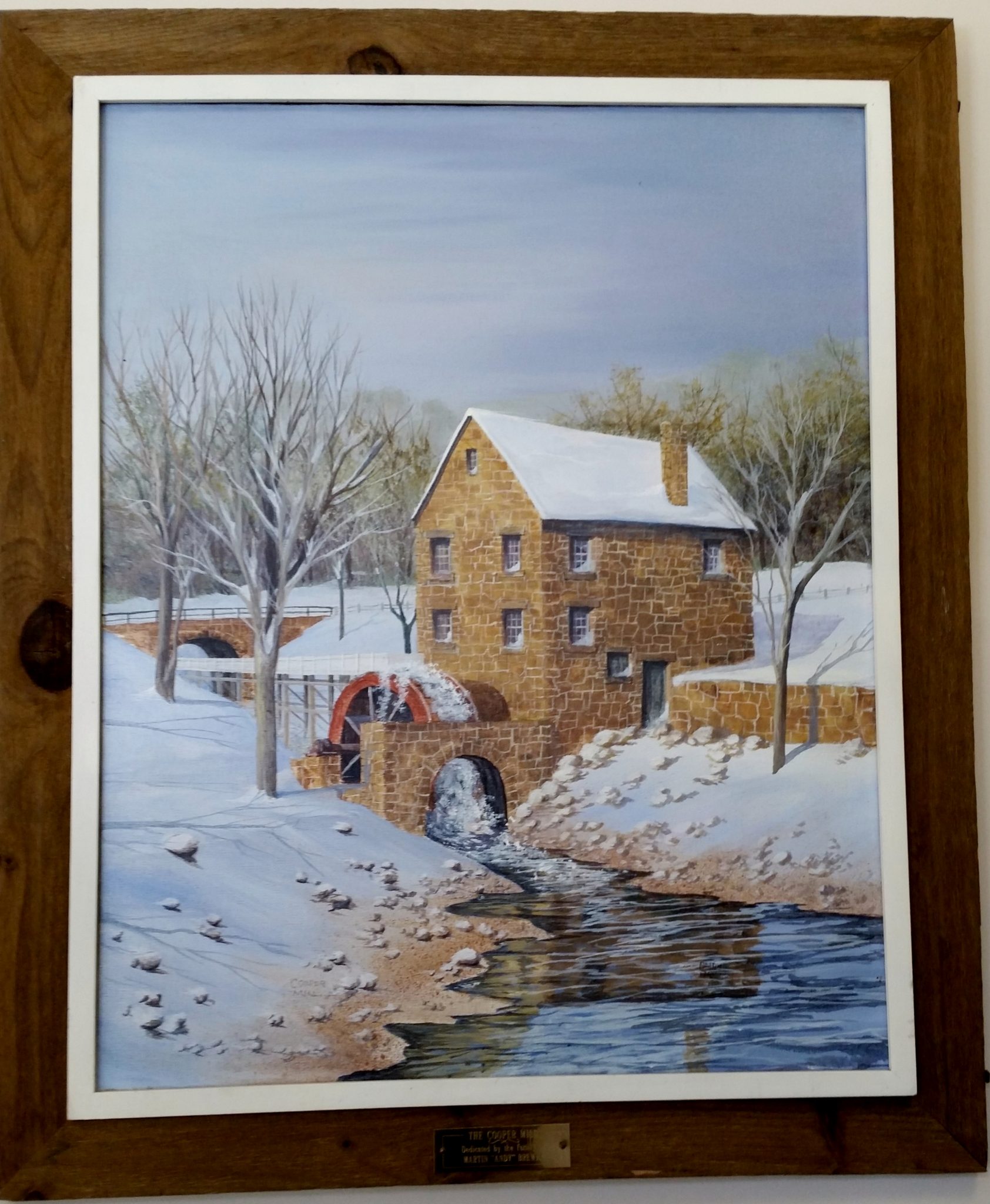 Martin “Andy” Brewer has found its way home to his 93-year-old widow.

Its 35-year journey took the small acrylic watercolor, which features a snowy red barn with sun rays bursting through darkened clouds, from New Jersey to Florida and back to New Jersey in a strange twist of coincidence, loss and love.

It all started last autumn when Kelley Glass of Budd Lake, the artist’s daughter, launched a Facebook page dedicated to his art. Her intention was to create a central place where owners of his work—hundreds of rural landscapes and seascapes depicting the Chesters, the surrounding area, and the Jersey shore—could post and share their photos of the paintings.

“I just wanted him to be remembered,” Glass says. “I’m afraid people have forgotten him.”

Brewer was the unofficial town artist of Chester during the 1970s. He formed the Chester Art Association in 1974 and was its first president, and launched the annual Chester Art Show in May 1976, which ran through the 1990s.

A production manager at the former Mennen Co. plant in Morris Plains by trade, Brewer moonlighted nights and weekends with his art and other local passions. Aside from managing The Brewery art gallery on Main Street in Chester, he also was active in the borough’s bicentennial celebration; held painting classes in his basement studio; worked with the Chester Playhouse; and was twice elected school board president.

But he was best known for his acrylic watercolor paintings of sprawling farmlands, lazy shorelines and lonesome barns. Brewer had one of his most successful art shows in the summer of 1982, selling most of his work. He died that same weekend.

What was left of his art was given here and there to family members over the years. The family even donated one of its favorite paintings, ‘The Cooper Mill,’ to the town, where it still hangs in the township municipal building.

That left his widow Rita with a couple of small paintings and sketches, but little else to remember a lifetime of her husband’s work.

Enter David Miller of Newton, who was cruising Facebook one day this winter when he found the page dedicated to Andy Brewer’s art. He realized that he had one of Brewer’s paintings hanging on the wall, which he and his wife Betty had acquired after a recent family death in Florida.

Betty Miller says much of her family, including her parents, had moved down to Port Charlotte, Fla., over the years, and now, many of them were gone. Birches in Winter was originally in the hands of Betty’s sister-in-law’s mother, “But I don’t know how she got it,” she says.

A note on the back of the painting reads, “Given to me in 1980 by the bank in Flanders,” plus the name “Lori.” Banks and businesses near Chester often bought and sponsored Brewer’s artwork because of the local countryside depicted. But who was Lori?

Coincidentally, the Brewers also had a relative in Florida named Lori, who did have some of Andy Brewer’s art, and who also had recently passed. Could this somehow be associated with their own late cousin?

It turns out that Betty Miller’s in-laws had saved the painting for their own Lori—no relation to the Brewers—but in the end, another of Miller’s relatives fell in love with it and took it home.

“When [the mother-in-law] died, they gave all the stuff to my sister-in-law [Linda],” Betty Miller says. “Then within the year, she passed.”

Miller says she went down to Florida to help the family take care of Linda’s things. “They asked, ‘Is there anything 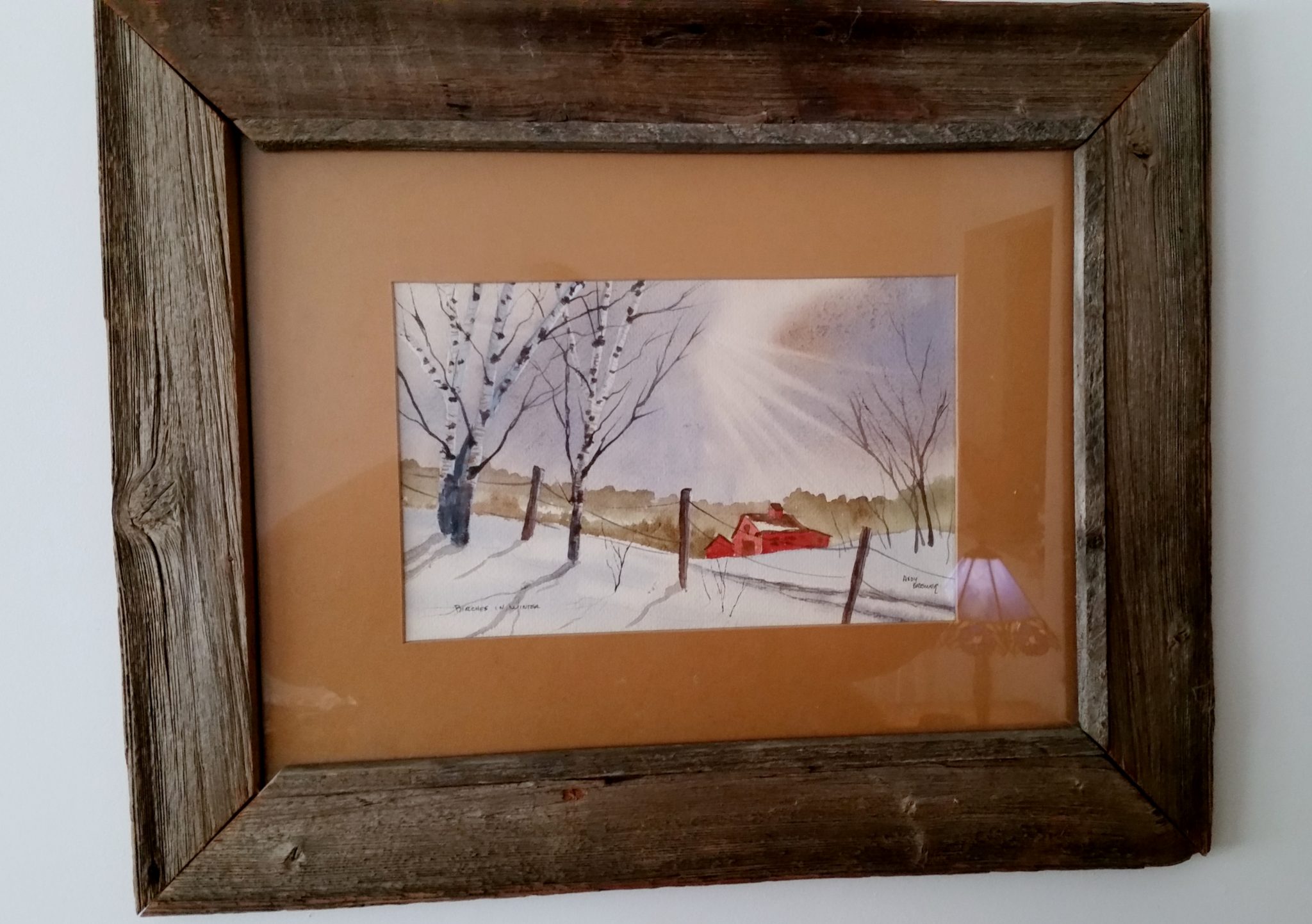 else that you want?’”

Betty Miller loves angels, and gladly took a few for her collection. Then she noticed a rural barnscape that reminded her of her home in New Jersey and her love of country decorating.

“This just talked to me,” she recalls. “It looked like New Jersey to me, and it said Chester on the back.”

Soon Birches in Winter was on its way to a new home in Newton. “It was meant to go there, I guess,” she says.

Then one day her husband David spent a few moments on Facebook and discovered the artist. After speaking with Kelley and her husband, Matt Glass, the Millers knew what they had to do.

“I said to Dave, ‘Let’s just give it to them,’” Betty Miller recalls. Both she and her husband had already lost their own parents. Getting something of their parents’ back would mean the world to them; how could they not return the painting to its original owners?

The painting now hangs in the living room of the artist’s widow, in her retirement home in the borough. Rita Brewer 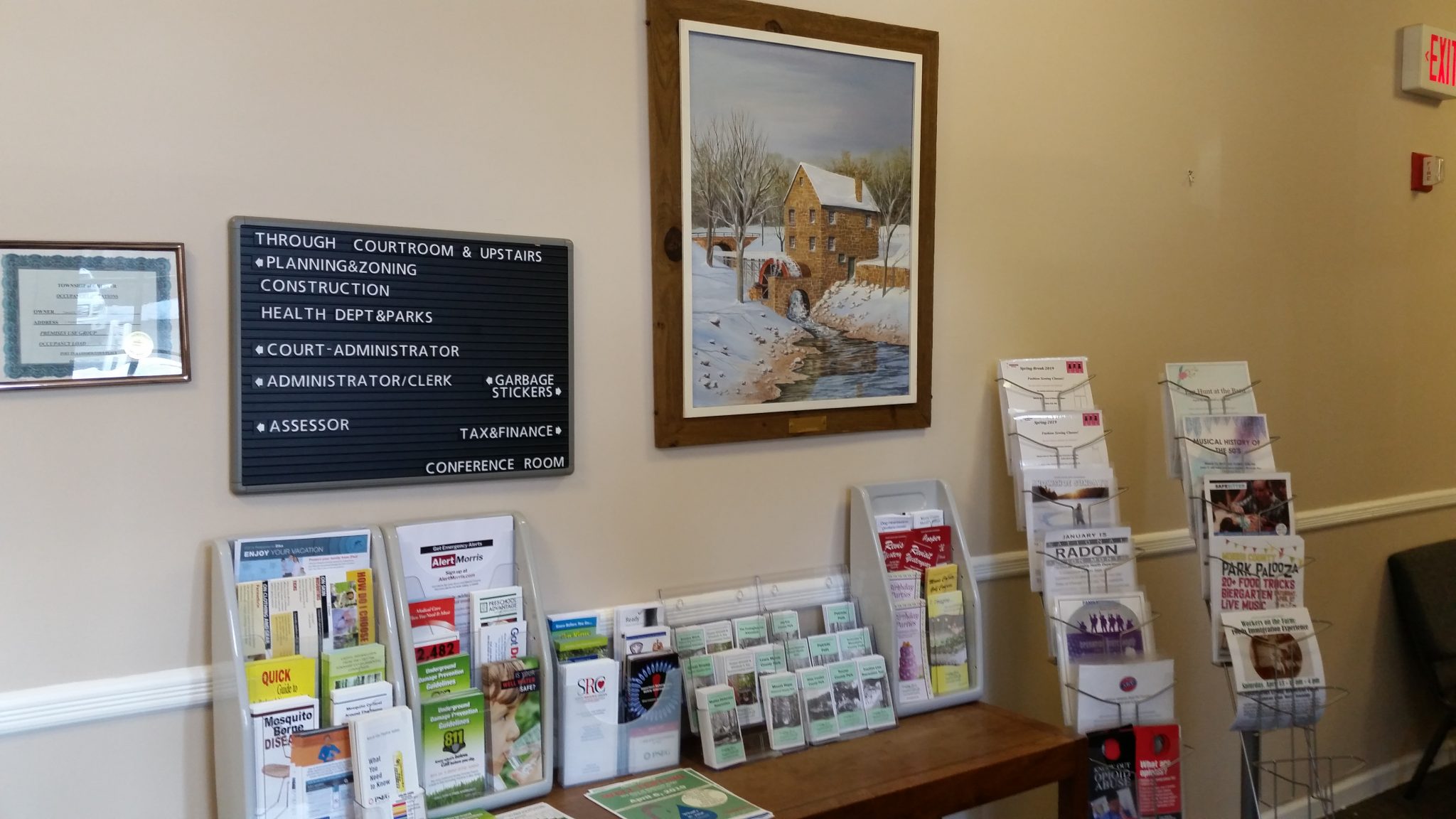 says she is “thrilled” to have it back, and is grateful for the kindness of the Millers—strangers who, somehow, knew her heart.

For their part, the Millers were already sure they did the right thing, Betty Miller says: “I knew something like that would put a smile on their face.”