The Summer of 1969: Autumn Arrives 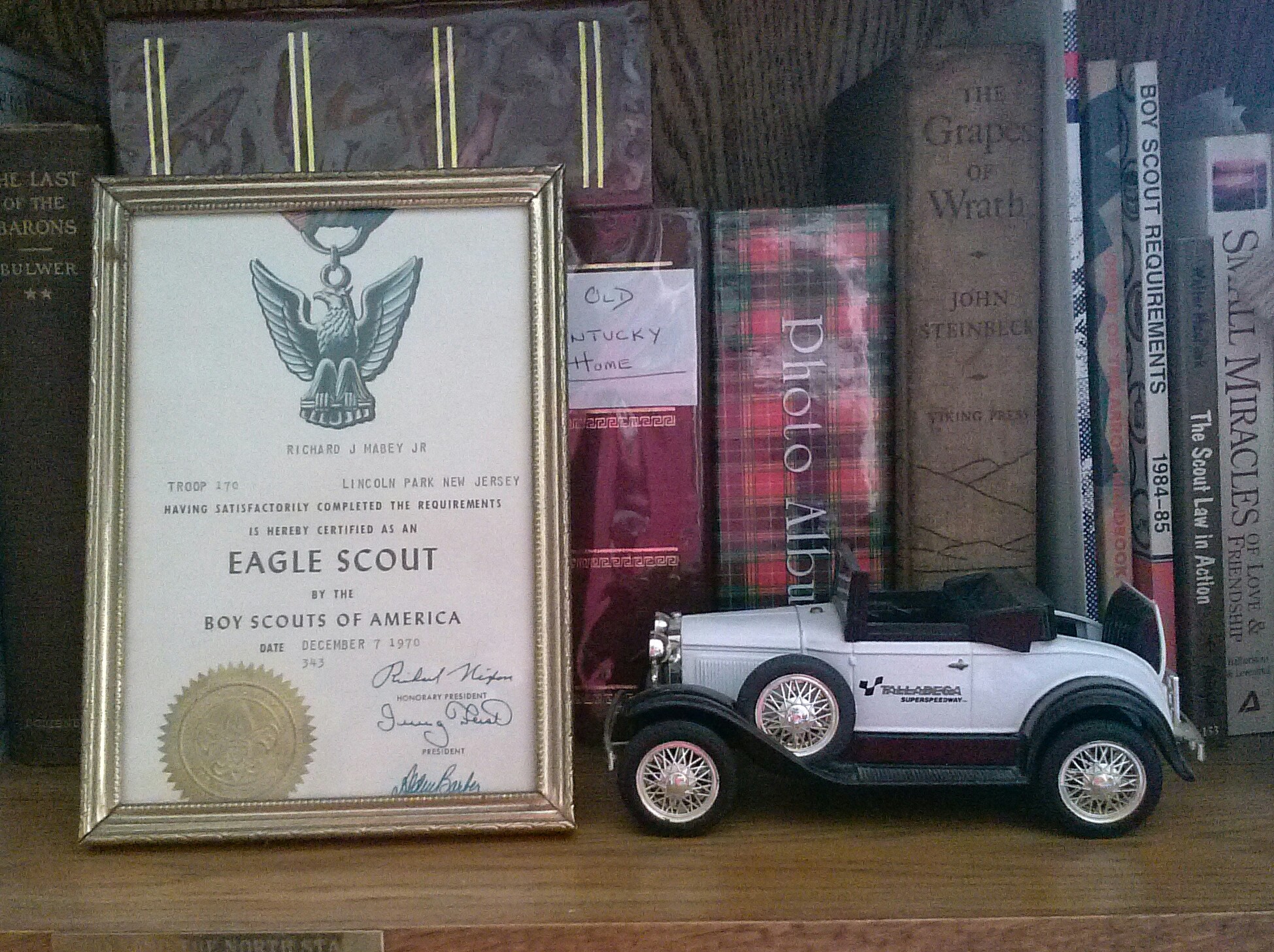 Late August of 1969 came in a seemingly blink of an eye. By the middle of August, by the grace of the good Lord, I completed the requirements for my Swimming Merit Badge. Lisa Ann was so very proud of me, when she signed the blue merit badge form. I had overcome a major obstacle in my life and accomplished something quite grand and wonderful.

I successfully completed the hard work involved in completing my Eagle Scout Project. The painting of Thorpe Hall and all of the Sunday School classrooms of Saint Andrew’s Episcopal Church was a most enduring project. It taught me the power of focusing upon a single goal and putting forth the grit and determination to complete that goal.

It was from about the middle of August of 1969, that I finally had the time and freedom to once again return to Earl’s Meadow, behind the old Mabey Homestead and play baseball with all of my neighborhood friends. Earl’s Meadow was named after my Grandpa Mabey’s brother who was killed in France in the First World War. It was Grandpa himself who first named the grand, one-acre field after his only brother.

Earning my Lifesaving Merit Badge, which was required to earn Eagle Scout, took a little bit longer than I had planned on. Shortly after I earned my Swimming Merit Badge, Lisa Ann quit her job as a Swimming Instructor at the Paterson YMCA. The fellow who took her place was nowhere near as kind and understanding as Lisa Ann had been to me. He was as tough as nails.

While I did develop good swimming skills, with Lisa Ann guiding me and teaching me, the new swimming instructor was very tough and a rigid task master. Still, despite it all, I managed to earn the Lifesaving Merit Badge, which was required to earn the coveted rank of Eagle Scout.

In January of 1971, I officially became an Eagle Scout. It was a most proud and memorable moment for me. I still hold that moment in time, dear to my heart.

In my uphill struggle to earn Eagle Scout, I learned that a person must believe in themselves, to deeply believe in their hidden talents. To dig deep within, to find the strength and courage to continue on the rocky trail, even when the rain is falling heavily upon one’s shoulders.