The Summer of 1969: Rediscovering the Charm and Splendor of Mabey Lane 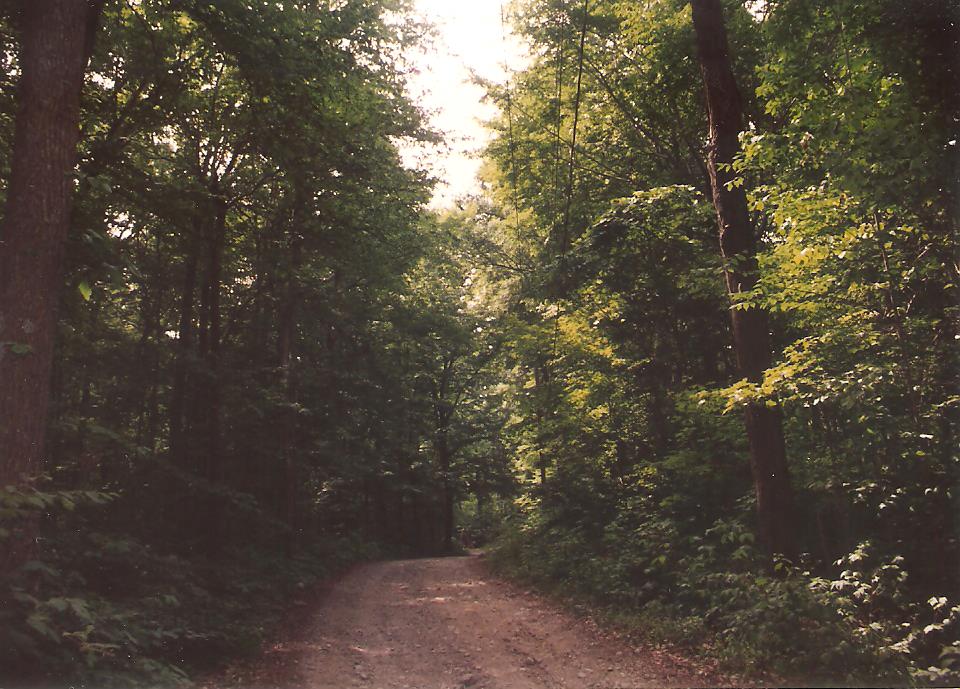 Our true-life story so far: It is now the sixteenth of July of 1969. I had attended my swimming lesson at the Paterson YMCA and hence had missed watching the launch of Apollo 11 on television. Upon arriving home, Mom and I found Aunt Helen and my sister Patti in the living room watching TV. They were both very excited about having watched the Apollo 11 send off. Mom, my sister, Aunt Helen, and I have just eaten lunch together. It is now 1:30 in the afternoon.

As I helped my sister Patti dry off the lunch dishes, while Mom washed the dishes and Aunt Helen tidied up the kitchen, I thought about whether or not to walk down to Saint Andrew’s Episcopal Church, which was also on Main Street about a mile down the road, to finish my painting of Thorpe Hall for my Eagle Scout project. Most of the work was now done. It had been a long haul. I had now spent a few weeks painting Thorpe Hall itself, the stage area, the kitchen, the staircase leading to the classroom section and most of the Sunday School classrooms. But I still had two more classrooms to paint, to complete the big task at hand.

Somewhere between drying off the last soup bowl and drying off the first glass, I decided to give myself a gift of taking the day off. It had been a traumatic morning. I saw firsthand, how badly Lisa Ann, my swimming instructor was treated by her mean and cruel boyfriend. Then, as Mom drove me home from the Paterson YMCA, I thought about how Mary Tafano and I were such close friends in grammar school. Now, an older boy was getting all of her attention. A cloud of loneliness hung over my head and pierced the inner chambers of my heart.

After helping my sister dry off the lunch dishes, I went outside and took a walk down Mabey Lane. The latter third of Mabey Lane was very much a dichotomy of nature. The tall, towering oaks, maples and elms contributed to a beauty and charm of the wonders of nature. Birds sang and flew from tree to tree. Squirrels scurried about, climbing up and down the tall, towering trees. The arc of the big limbs of the tall trees provided shade from the scorching summer sun.

I welcomed the solace, the time to be alone with my thoughts. There, on the right-hand side, at the start of the ending third of Mabey Lane sat an old, gigantic boulder. It was a souvenir of the glacier movement of boulders from the ice age. I sat down upon the old boulder. It was the very same big rock that my grandfather, Watson Mabey, used to sit upon while Grandpa took a bit of a rest before continuing on his trek to visit the site of the foundation of the old Mabey Icehouse.

A sadness fell over my heart, mind, and soul. I missed Grandpa. I missed his wonderful and enchanting story telling. My heart ache as I sat upon the big boulder, mourning the loss of Grandpa. For the Lord had called Grandpa Home to Heaven’s Gate in May of 1968.

As I sat upon the boulder, I saw the old white fence that acted as a fortress to the dirt driveway that led to old Mr. Bligh’s woodshed. The Bligh family had moved away a month ago. They lived in the old canal house on Mabey Lane. As of now, the landmark canal was still empty and so was Mr. Bligh’s woodshed.

Something called me, as if it were a gentle whisper of an angel, to the old white gate. As I walked over to the gate, it seemed so strange not to hear the whining of saws, the murmur of voices coming from Mr. Bligh’s woodshed. Mr. Bligh made a living making outdoor furniture, from the fallen trees that graced the deep woods that bordered Mabey Lane. He also made coffee tables and end tables from the fallen oaks, maples, and elms. It was against Mr. Bligh’s philosophy of life to cut down a live tree.

I walked the few yards from the white gate to Mr. Bligh’s old woodshed. The door was closed, but not locked. I held the doorknob, slowly turned it, opened the door, and looked into Mr. Bligh’s woodshed. It was a most eerie and haunting moment. It was as if Mr. Bligh had just walked up to his home for lunch and would soon be back to work on finishing his work on a coffee table.

The shelves abounded on the walls of the big room. The interior of Mr. Bligh’s woodshed was about the size of two average living rooms. The shelves, which covered all four walls, were used to store tools, paint cans, shellac, paint brushes and the little toy cars and trucks that Mr. Bligh had made out of scrap wood.

Suddenly an idea came to my mind. This could be my little office or something like that. But then, as if once again an angel whispered into my ear, the thought of making this building a little library gently came upon me. I could turn Mr. Bligh’s woodshed into a little library. I really could.

I walked out of Mr. Bligh’s woodshed and walked around it. Suddenly, a sense of hope, a feeling of purpose, overflowed in the chambers of my heart. Mr. Bligh’s old woodshed could be a little neighborhood library and I could be the Librarian!

I walked the few yards of the dirt driveway that led from Mr. Bligh’s woodshed to the lonesome latter third of Mabey Lane. A sense of having great purpose filled my heart.