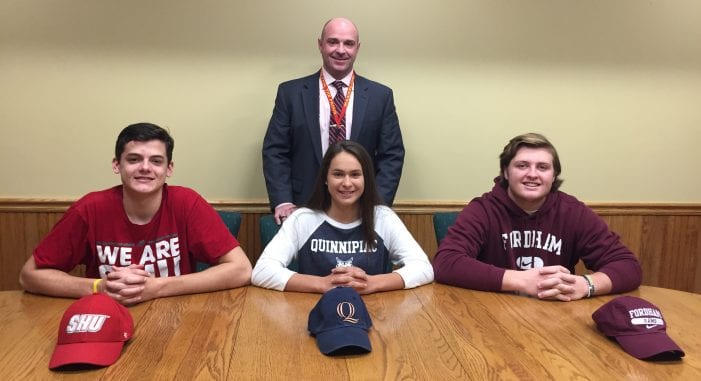 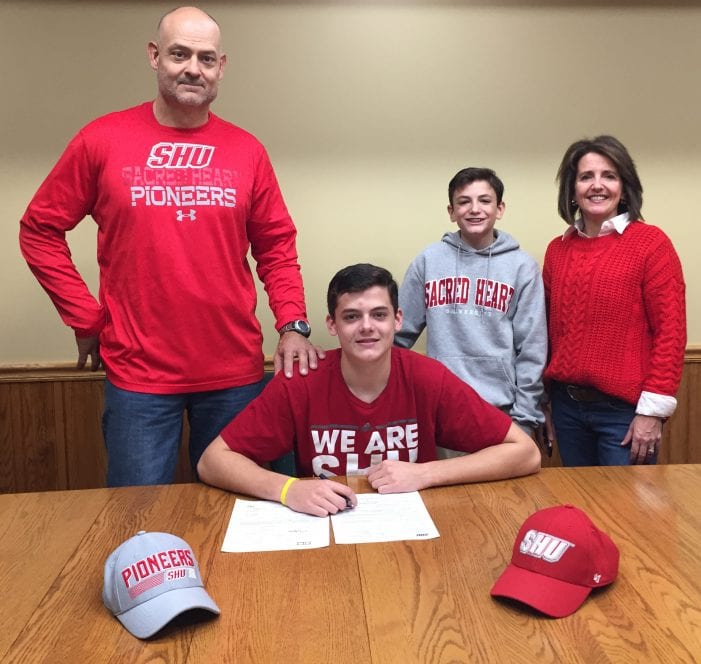 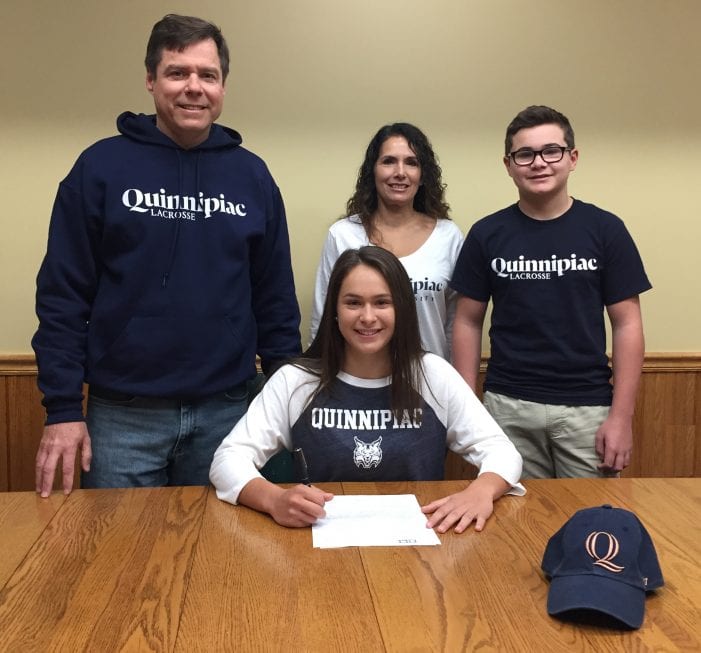 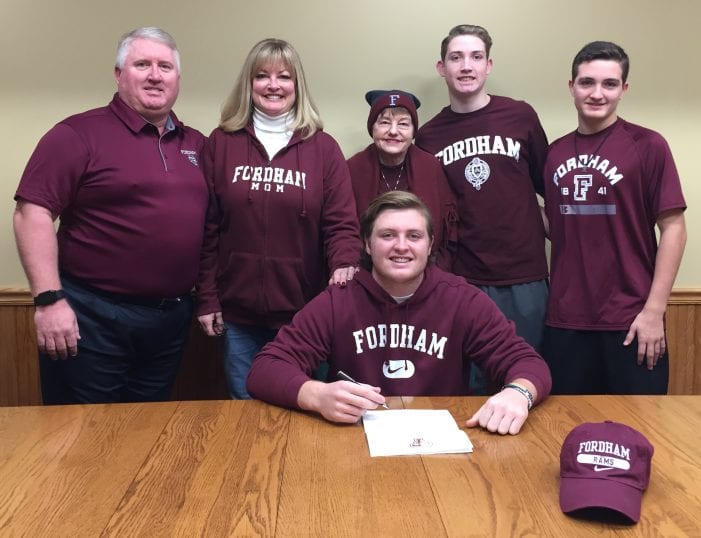 ROXBURY TOWNSHIP BOARD OF EDUCATION 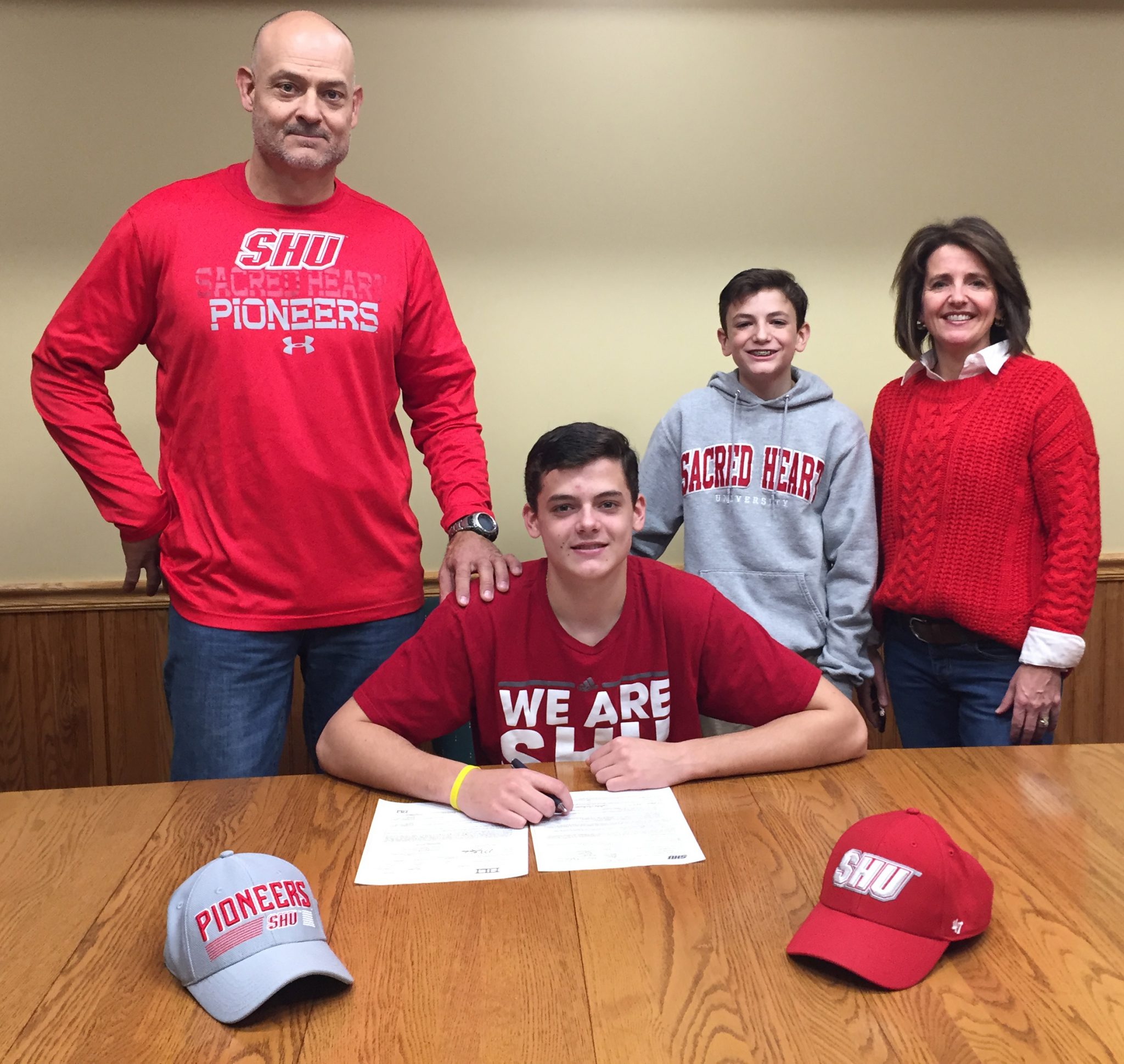 Palanchi was there with his parents, Marc and Kristin and his brother Joey. His older sister Reghan (Class of ‘17) couldn’t make it as she’s currently away at Ben’s soon to be alma mater, Sacred Heart.

In looking back on his time playing lacrosse, he noted, “It has taught me some of my greatest lessons and has given me some of my most unforgettable memories. It has taught me that no goal is out of reach and that no single player is more important than the team. Coach Blough, Donnelly, and Falco have been tremendous influences on me and my career, and life for that matter. I am forever grateful for them and their wisdom about this game and I can’t thank any one of them enough.”

Adding, “I have had some of my highest highs and lowest lows as a member of this program and I can genuinely say that I would not change one single thing. It has made me appreciate my talent and maximize it. I also want to give a special thank you to Mr. Spero and Big Jake for seeing my potential at a young age and pushing me to become the man and player that I am today. Go Gaels!”

Ben’s Coach, Christopher Blough shared that “He is a great lacrosse player who possesses a high skill level and knowledge of the game. He is a returning all-state player on defense and is also a threat to score. Most importantly, Ben brings a great mindset and attitude every day in practice. Ben is a competitor and is always looking to improve his game from defense, to shooting the ball, to taking face offs. He wants to fully understand everything happening on the field in all situations. We will be looking for him to fully display his leadership skills this coming season and expect he will continue his high level of play. Ben exudes everything we as coaches try to instill in Roxbury Lacrosse players. We are excited to see his game evolve as he moves on to Sacred Heart next year and wish him the best of luck when he gets there.” 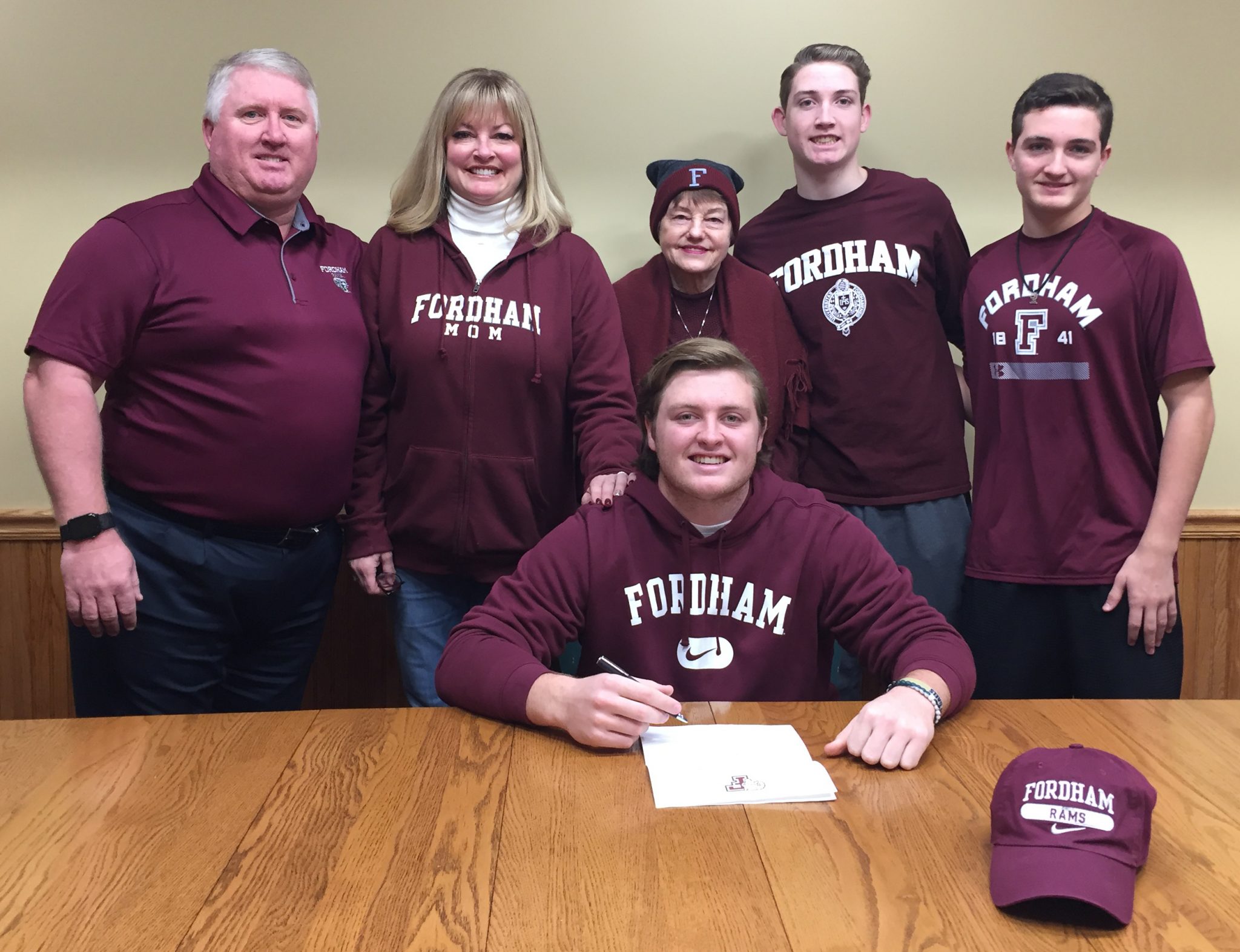 Following Palanchi, Findlay committed to join the Rams at Fordham University with his parents, Sharon and William and brothers John and Cal by his side. Findlay has been with the Gaels the past three years and will play once again this spring.

Findlay shared how Roxbury baseball has brought him to this point in this life saying, “Roxbury baseball has made me not only a better player but a better person. The coaches teach each player to be a leader and have their teammates back, which translates to success on the field. My three years with Roxbury baseball have given me some of my greatest memories like winning the section championship at home and making great friends. I would not want to play for any other coaches or with any other teammates.”

Coach Greg Trotter commented on Will’s talent. “Will Findlay is one of the most talented players to come through our program. Offensively, Will has become of one of the threats in the state. He has power to all fields and is a tremendous situational hitter. Defensively, Will has done anything that is needed to help the program. Through his time at Roxbury, he has played catcher, pitcher, third base, and shortstop. Will’s tremendous arm strength and soft hands allow him to excel at all those positions. Aside from all those physical attributes, Will also has a competitive edge that sets him apart from other talented players. We are extremely lucky to have Will in our program and look forward to him having another great year as a senior.” 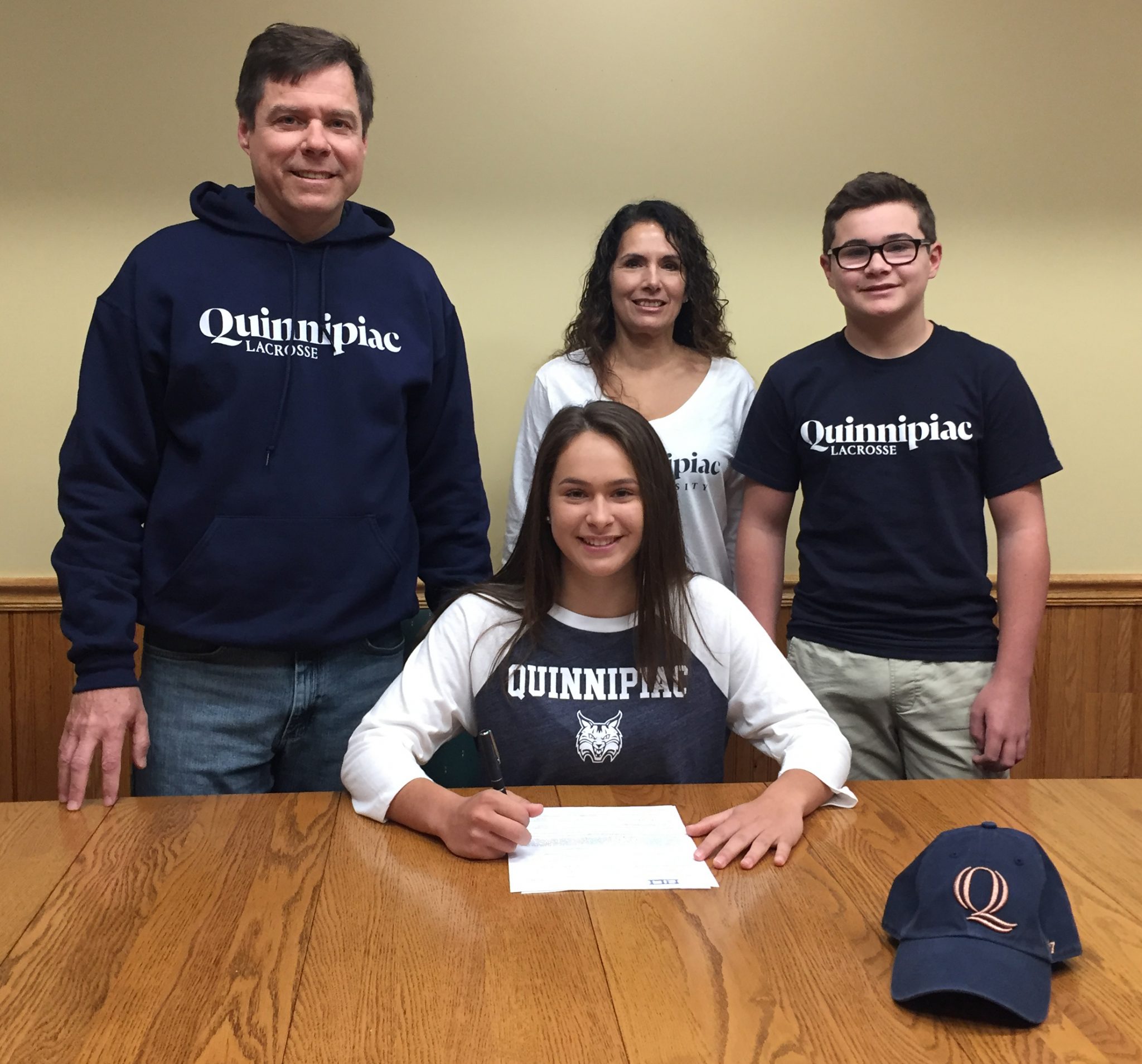 Not to be outshone by the boys, Melissa Murphy too signed to continue her lacrosse career next year. Her parents Michelle and Brian, and her brother Michael were there to support her as she signed.

Murphy will be a Bobcat next year but still has one season to go as a Gael. According to Coach Kevin Bewalder, Murphy will be one of the captains this upcoming season. He praised her skills on and off the field sharing, “As a freshman, she got a little taste of varsity during the final weeks of the season. As a sophomore, she was one of our stronger defenders who anchored one of our best defensive seasons in the program’s history, and as a junior, she proceeded to continue to grow her game and took on an even larger role as one of our midfielders. As a result, she was not only one of the reasons we were successful on defense, but she was also a second leading scorer with 48 goals and 18 assists. She received accommodations as all-conference first team last year and second team all-county. She received honorable mention as a sophomore.”

Adding, “She is a smart young woman who continues to get better in the classroom much like the way she does with lacrosse. She is one of the most talented players I’ve ever coached when it comes to passing the ball accurately and catching just about everything that is within a stick’s length from her. She is very crafty around the goal with quick, accurate and deceptive shots. She had some of her best games when we needed her most, including a couple of games where she scored five or six goals. She will be Roxbury’s third player to advance to the D1 level.”

For Murphy, she says playing lacrosse at Roxbury High School has been such as great experience. “Over the past three years, this program has made me a better player and person. I am thankful for Coach Bewalder and my teammates who helped me to build my confidence and skills along the way. I have made so many memories on and off the field that I will never forget. I’m really looking forward to having a great last season with my team!”

Roxbury Public Schools is a K-12 school district preparing the children of today for tomorrow. As a dynamic and thriving district, in partnership with a supportive and collaborative community, Roxbury Public Schools inspires and empowers all learners to flourish as ethical and global citizens in the 21st century. The district serves students throughout Roxbury Township, New Jersey, including the areas of Landing, Kenvil, Succasunna, Ledgewood, Mount Arlington, Port Morris, Flanders, and Wharton. Connect with us online at www.roxbury.org or on Facebook at www.facebook.com/RoxburyPublicSchools.