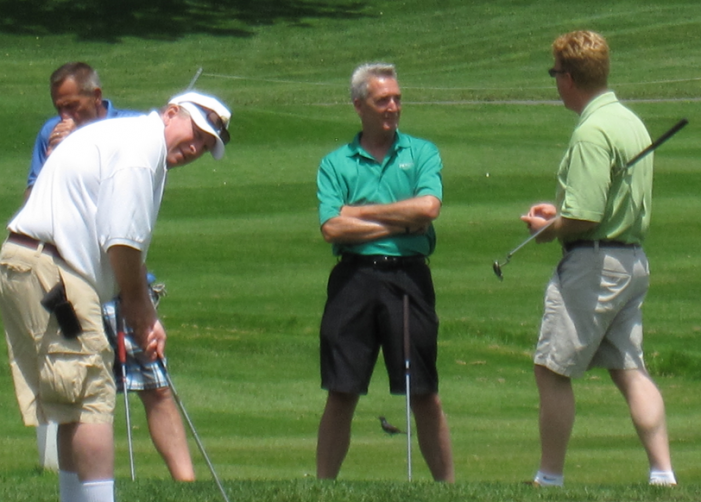 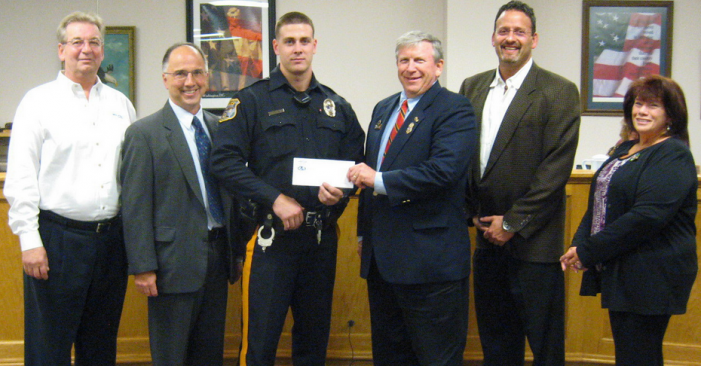 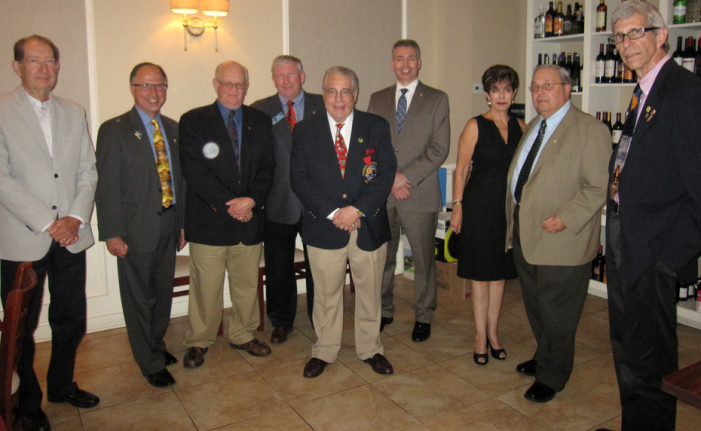 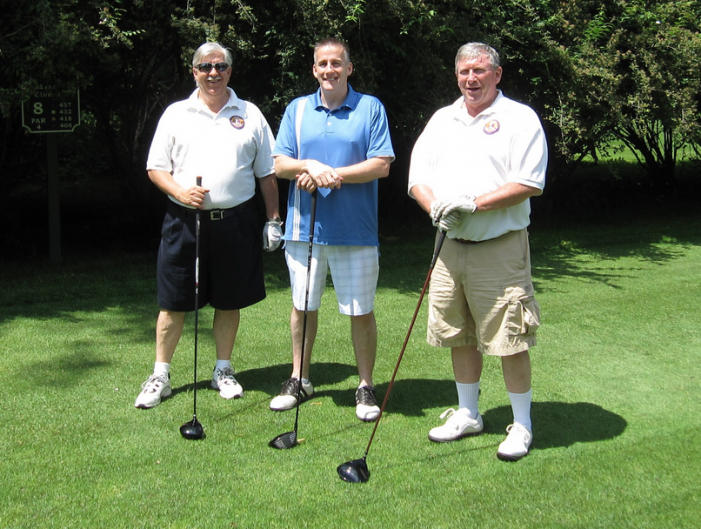 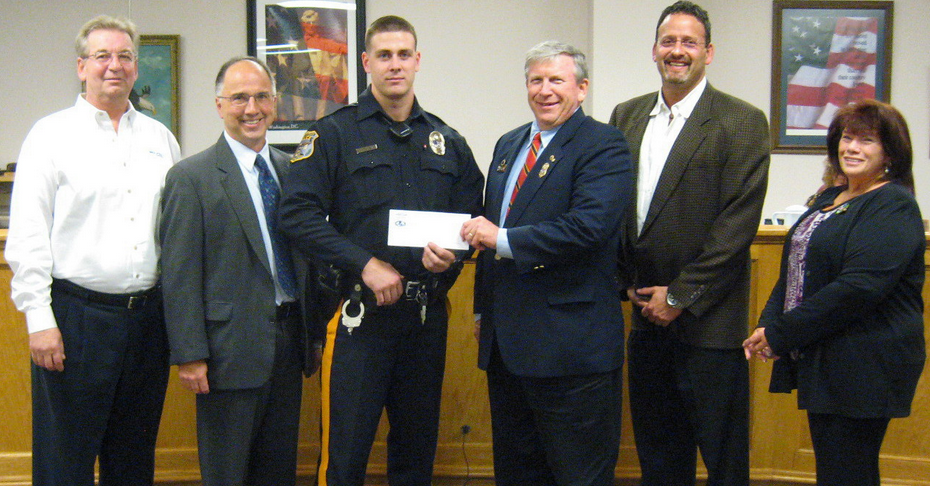 Coming to the aid of their fellow neighbor is what the Mount Olive Lions Club is all about. So when our world turned upside down, they went into high gear — rising to the immense challenges facing humankind.

And things did get bad — they lost one of their own and Gentile’s good friend to COVID in December 2020.

“His name was Lion John J. Cutrone, who was in the club close to 40 years. He was also my sponsor who helped me come into the club almost 35 years ago. We will all miss him. His wife Lion Joan Cutrone is still a great member,” says the club president.

According to Gentile, this pandemic couldn’t care less about age, religious faith or economic position in life.

“We all had to be aware of getting sick and possibly dying,” he says.

With Cutrone in their hearts, they made sure to keep the lines of communication open among members by speaking regularly on the phone, and emailing to ensure everyone was staying safe.

Lion Drew Van Dam was able to put together a few fundraisers to benefit the club’s treasury and keep members active, including their annual golf outing in September (delayed from June due to COVID) and a successful Charity Auction, donating more than $400 to Toys for Tots.

“In addition we donated gift cards to Mount Olive Social Services (needy families) of $1,000 and another $1,000 at 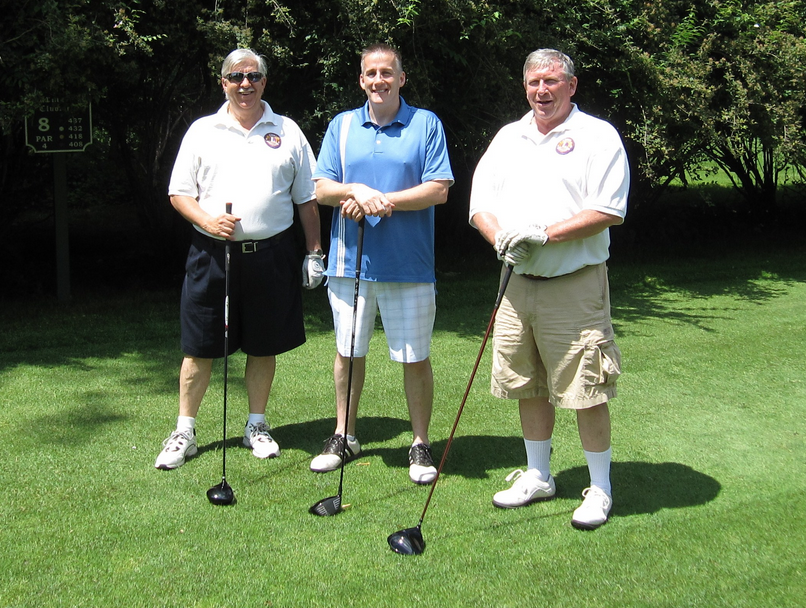 Christmas,” Van Dam says.  “And we sponsored three graduating students with scholarship awards, that will be going on to a college/vocational education.”

According to the Club President, all the money they accrue stays in the town and the area.

“We do not collect any money through our fundraisers that is used for any club dues, dinners or anything,” he says. “The money we take in goes out 100 percent to the different activities.”

For 50 years they have looked for ways to answer the call to service — and the Mount Olive Lions Club has been a force for good right here at home by offering everything from free eye screenings for the township’s school children, to scholarship funds, to senior support and so many have benefited from their altruism.

“A lot of times we find out someone is on hard times,” Gentile says. “We work very closely with the senior and health department in Mount Olive.”

Take the ten to 15 percent who have serious eye problems most parents were not even aware of because when you take your child to the pediatrician, they only perform a simple eye exam.

“You’d be surprised how many children as early as first grade had a wandering eye, poor vision or even worse — that we caught because of this eye screening and they’re able to get treated,” says the Club President.

It translated to more than 18,000 children screened over the past 20 years, thanks to Lion member and licensed optician Dr. Jeanine Labrada, who connects other Lions with the nurses at each one of the schools to assist. 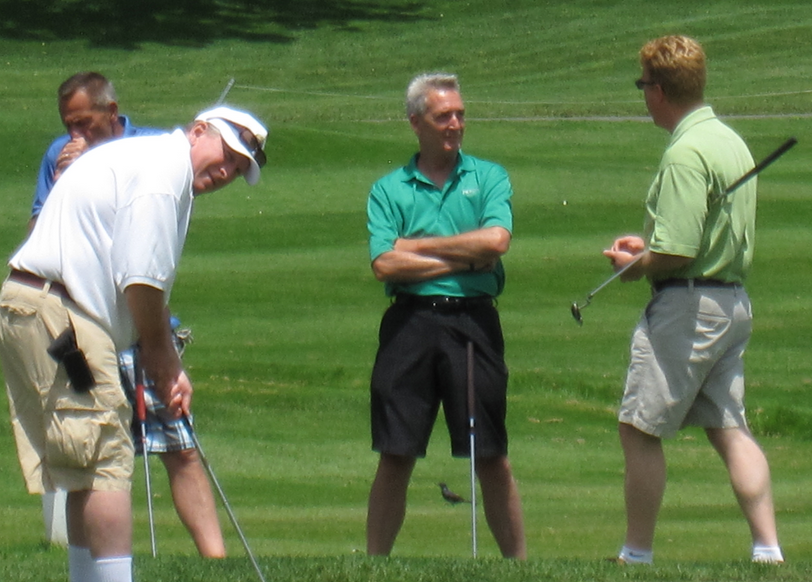 The Lions Club is an international non-political service organization founded in 1917 in Chicago by insurance salesman, Melvin Jones.

Jones had a successful career when he and others got together with the purpose of giving back to the community and to those who needed financial help.

“They really didn’t have a goal at the time of what they were all about until Hellen Keller approached them at one of their conventions (1925),” says the Club President.
“Eye diseases leading to blindness were rampant in the 1920s so the author and activist challenged the Lions to become “knights of the blind in the crusade against darkness.”

Ever since, their work has included sight programs aimed at preventable blindness.

Globally, the Lions Club serves over 200 countries and geographic areas. Their 48,000 clubs and more than 1.4 million members are on the frontlines — from food delivery for healthcare workers to providing medical supplies where they’re needed most. They are actively showing how kindness matters.

“I would like to thank all our members in the Mount Olive Lions Club for their hard work, dedication and sacrifice every year,” Gentile says.

According to Van Dam, he’s become heavily involved over the past 20 years serving the community with local, state and international projects.

The Lions often get approached by the town or the Police Department or the Board of Health about a problem or issue.

“They’ll ask if there’s any way we can do it and we will tell them we’ll make a commitment and how much money we have to contribute to the cause,” Gentile says.

One of those causes was providing the first bullet proof vests for the Mount Olive Police.

“It now costs almost $1,000 per vest and over our 50 years experience, we’ve donated to buy over 70 police vests,” says the Club President. “The second vest is paid for by the FOP (Fraternal Order of Police) or the PBA (Policemen’s Benevolent Association).”

Gentile says it gives him and all the Lions members a sense of accomplishment knowing they’ve helped out a fellow resident.

Van Dam has committed himself to service by holding all the officers positions, as well as being a trustee on the New Jersey Lions Charitable Foundation and is currently the club’s treasurer.

“When people donate, a lot of them say, ‘my father, my uncle, so and so I know was in the Lions Club or was helped by the Lions Club,’ that’s a good feeling,” he says.

According to Gentile, for years they have been a proud part of Rockaway’s Camp Marcella, a residential summer campground designed for children and teens with blindness, visual-impairments and special needs.

“Camp Marcella is funded and sponsored by over 25/30 Lions Clubs throughout New Jersey, from Bergen County, all the way out towards the Delaware Water Gap,” he says, adding that those are the kinds of things that they undertake.

The camp is a State Project of New Jersey Lions Multiple District-16.

“They have the chance to go to camp for a whole week free of charge,” Gentile says. “It’s a sleepover camp with bathrooms and beds — we have a nurses station; a full lunchroom/cafeteria where they’ll cook meals for the kids. And for recreation, in the last 10 years we installed a brand new in-ground pool (with) a ramp and lift for those in a wheelchair.”

There’s also a baseball field and playground, a two-lane bowling alley that the blind and visually impaired children can actually bowl, a yearly Lions arts and crafts building that supplies the camp with whatever they need.

For all the good they do and countless people they help, the Mount Olive Lions Club is hurting for members.

“It has always been difficult getting members to join our club and any service club in the past few years but this year was the worst,” says the Club President, of the fallout from the pandemic and a sign of the times in general.

Often husband and wife are working, there are many single parent families, and family values and traditions are not what they were decades ago.

“In terms of donating time, they say, ‘I would love to but I work and when I don’t I’m watching the children and the grandchildren,’” Gentile says. “This generation, the Baby Boomers — we’re also taking care of our parents.”

They do try to get the word out by approaching friends, neighbors and anyone they feel would be a good fit, according to the Club President.

Besides members, donations are always appreciated and having local support also makes a difference.

“Whether we are hosting our Golf Outing, standing in front of ShopRite in Mount Olive or Succasunna or Walmart — as well as our annual Casino Night that we were not able to have last year,” Gentile says. “By attending or donating to these events helps us to help other residents in the area that are less fortunate.”

The club’s dedication to the people of Mount Olive, celebrating its sesquicentennial in 2021 — has never waned.

“Mount Olive Township having its 150th Anniversary is a milestone and our club is very proud of what Mount Olive has accomplished,” says Gentile. “Our prior and current leaders have done a great job with our parks and green acres, sports and recreation, education and giving us a great town to live in.”

For Club President and Van Dam, being a Lion is very rewarding.

“I am always looking to add projects and new members,” says Van Dam. “No Lion relieves any remuneration, only self satisfaction of helping others less fortunate.”

Echoing that sentiment, Gentile says it makes the entire club feel better that they are able to lend a hand on a regular basis… and especially now to restore well-being to Mount Olive.

“Our club and other service clubs, healthcare professionals — along with our police, firemen and first responders are trying to shine a light at the end of this dark tunnel so we can all have better and safe times in the future,” he says.

For more information about how to become a Lions Club member www.e-clubhouse.org/sites/mountolivenj