Tire blowout kills her soulmate. Wayne woman makes sure his death is not in vain 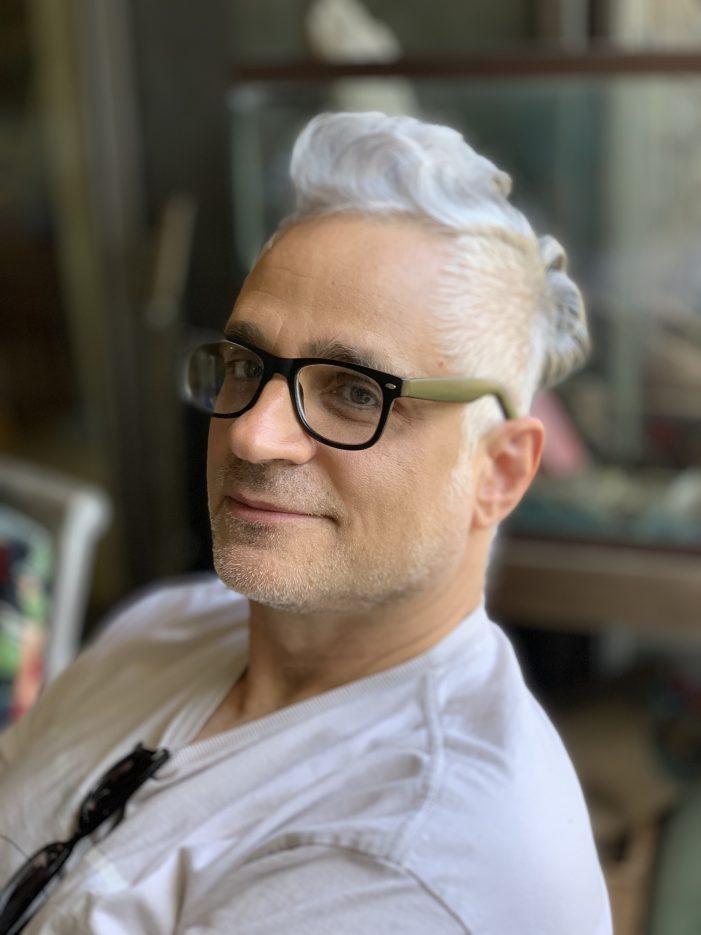 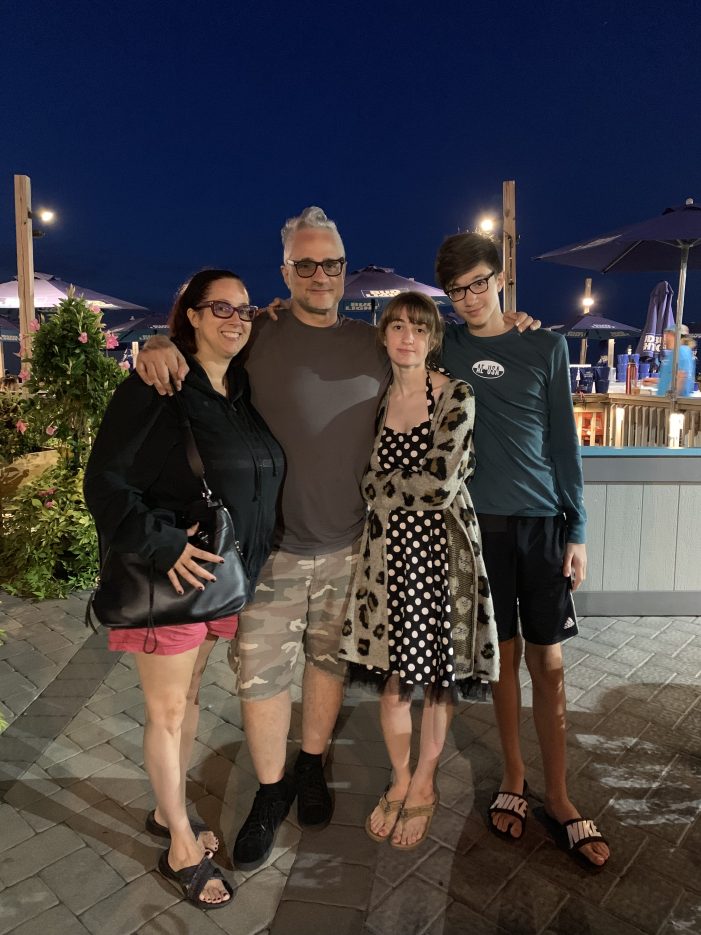 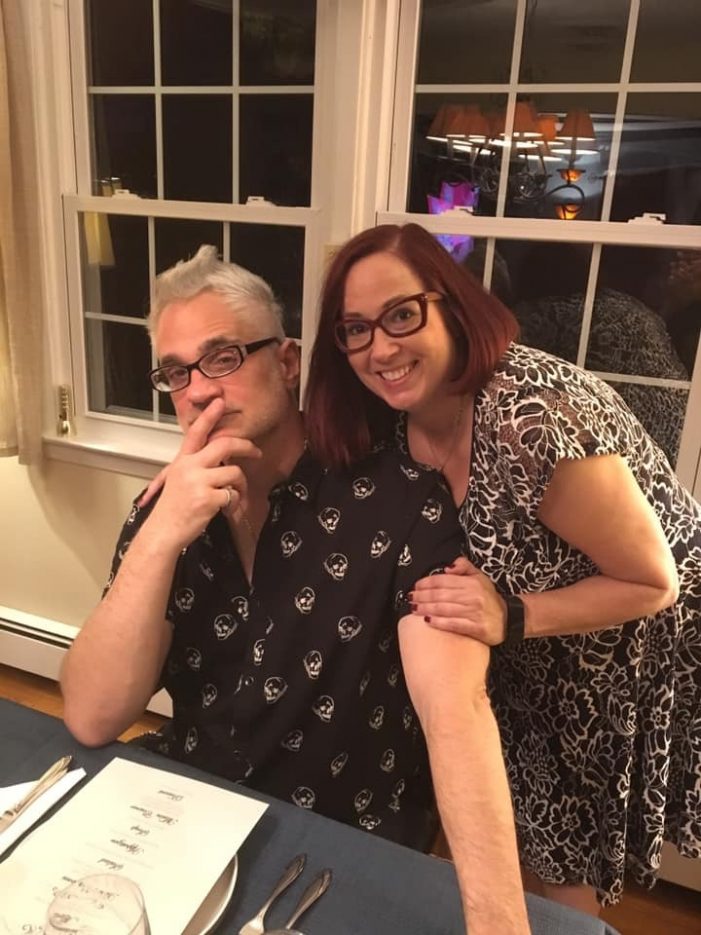 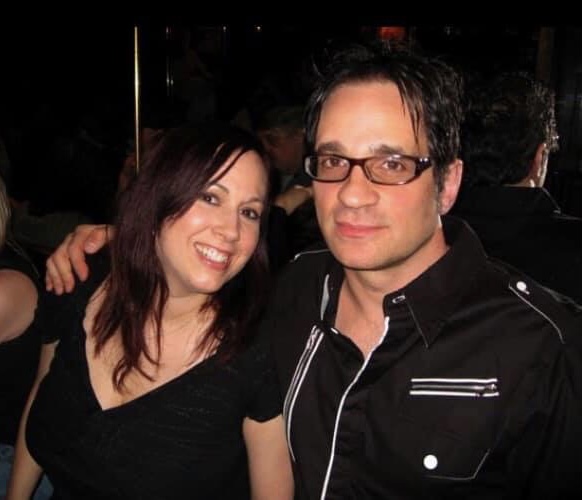 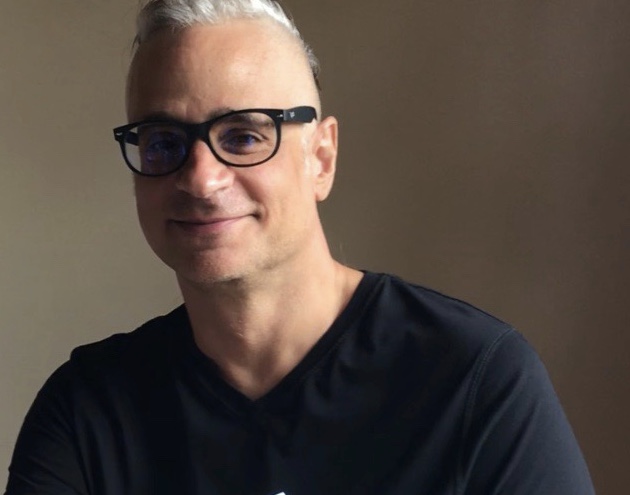 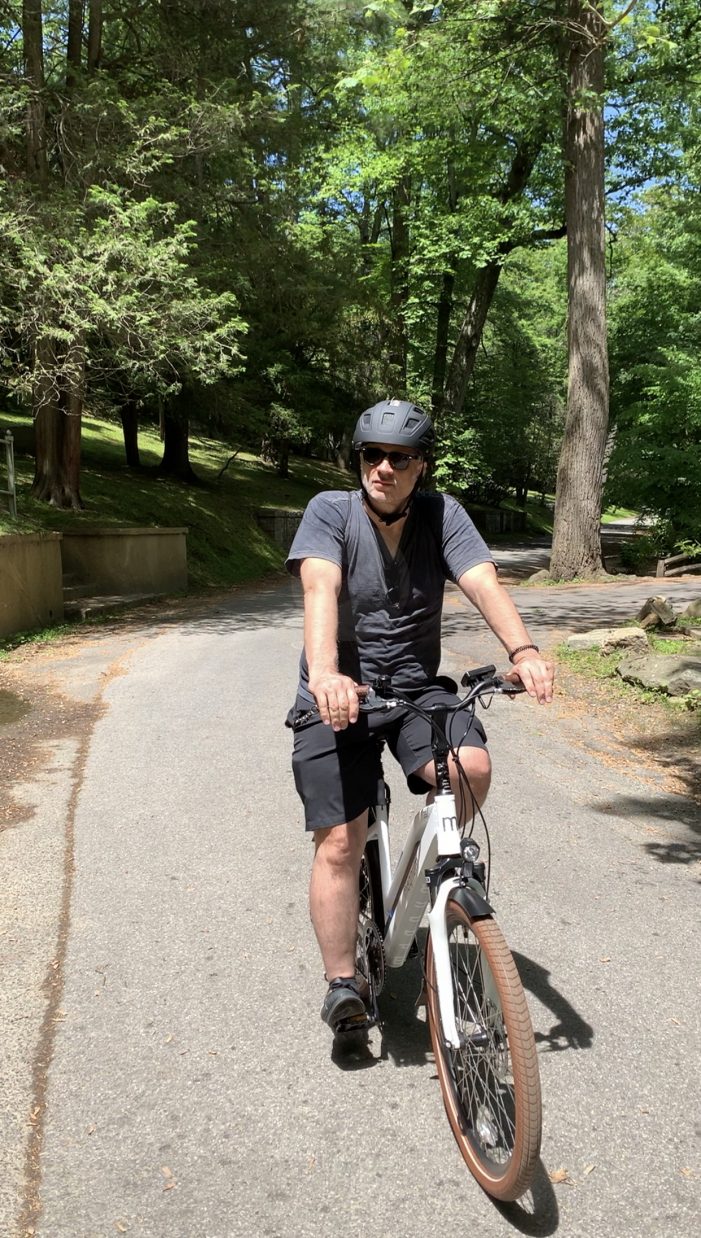 Never go to bed angry or say goodbye without telling each other ‘I love you.’ In an instant life can come careening to a halt without warning. No one knows that better than Catherine DeSalvo.

Her world went dark one week before her 20th wedding anniversary.

“I was working in Stamford, Connecticut at the time,” DeSalvo says. “While sitting waiting for my lunch, I was texting to my husband and playing kind of like a newlywed game, ‘let’s see how well we really know each other after all these years’ — unbeknownst to me that he was fighting for his life at that moment.”

That’s because Jim DeSalvo had been riding his bike on Black Oak Ridge Road in Wayne at 1:32pm on Sept. 11, 2019 three miles from their house. 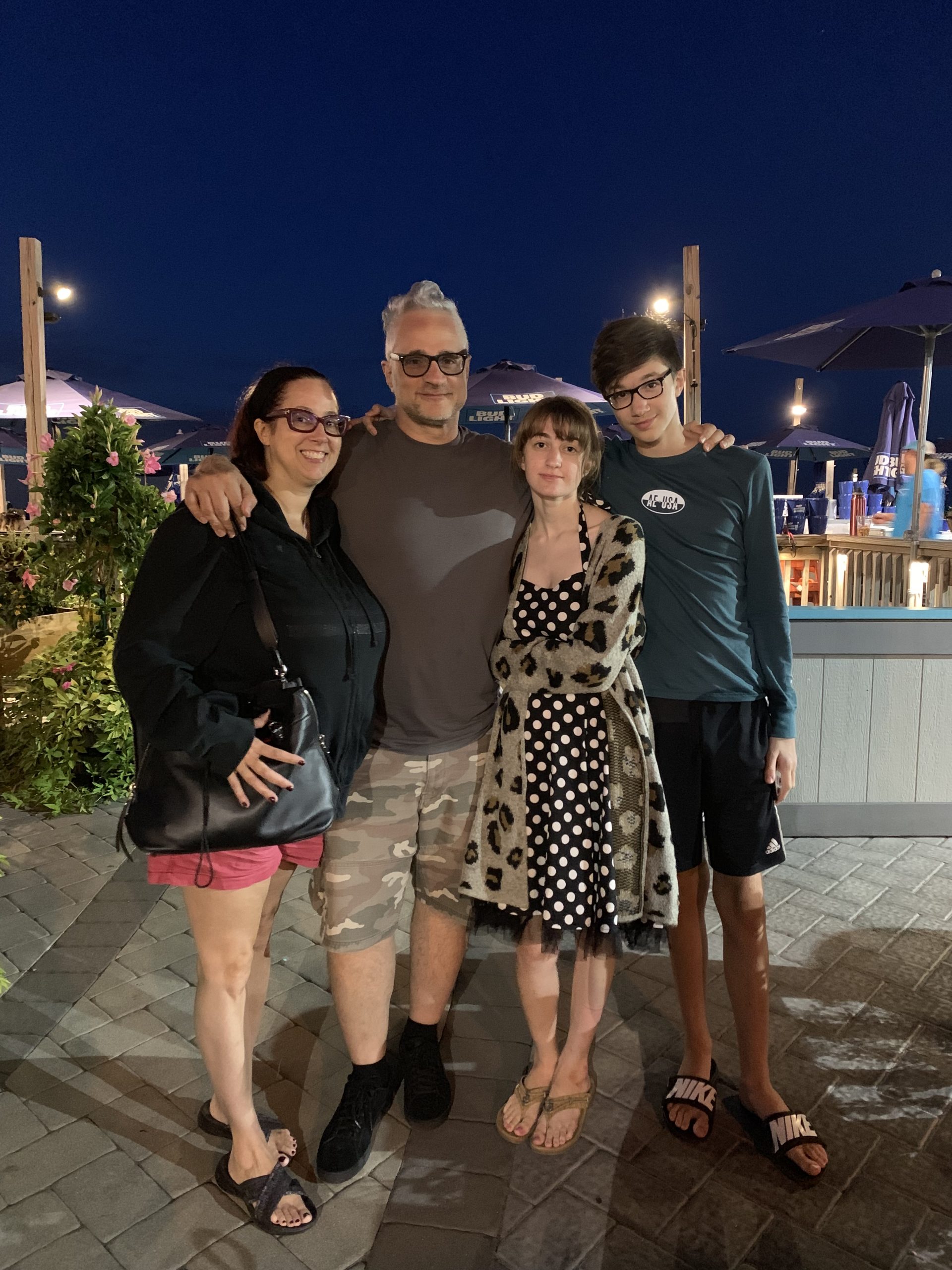 the quarry in Pompton Lakes,” DeSalvo says. “As it was traveling in the same direction, two 300-lb. (passenger) tires blew and one of them knocked the other right off the rim. That tire went flying and knocked Jim off his bike.”

He was rushed to St. Joseph’s University Medical Center in Paterson with severe head trauma and never regained consciousness.

According to DeSalvo, a video editor for ViacomCBS Inc. in New York City — Jim was her biggest fan and continually encouraged her.

“He was always full of praise whether it was the end of a long day and I came home all tired and feeling like crap — he would be there smiling and happy and greeting me with our dog,” DeSalvo says. “Gosh, how lucky am I that I had that.”

And had that she did.

They were a true soul connection that when DeSalvo and her husband first crossed paths back in the 90s in the East Village, New York City, they couldn’t get enough of each other and the rest is history. 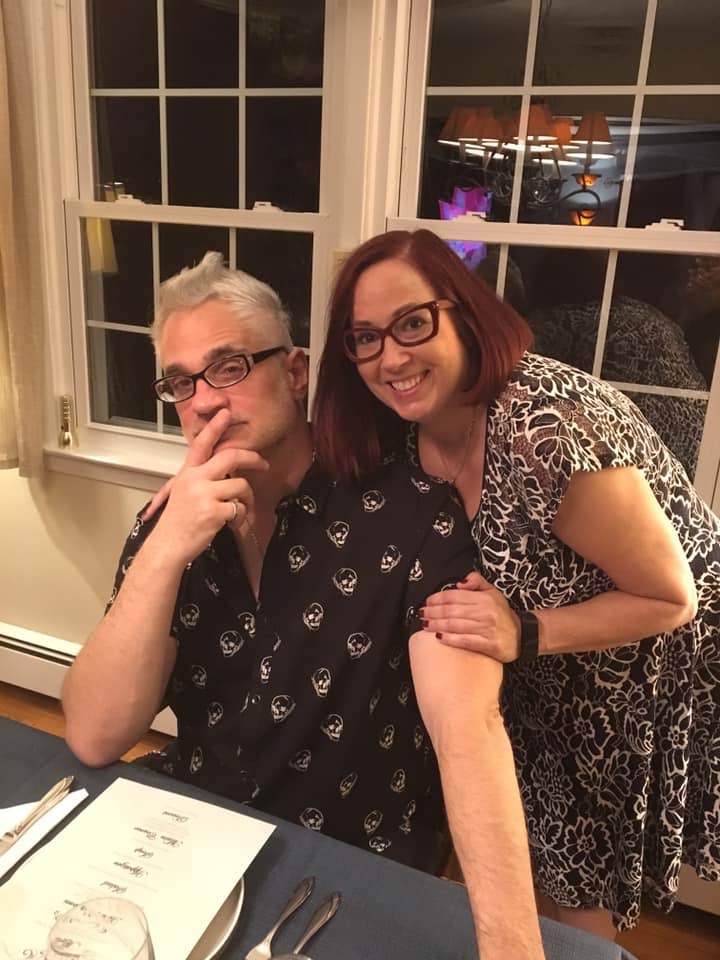 “We met each other’s match,” the video editor says. “He was gentle and sweet and patient but also very strong and loving, nurturing, very smart, very creative.”

They got married in 1999 and on their honeymoon stopped in Ischia (a volcanic island in the Gulf of Naples) Italy, where Jim DeSalvo found the Padre Pio shrine.

“He was really into this saint,” says DeSalvo, adding that she had pictures of him at the shrine. “I remembered him always talking about Padre Pio and it stayed in my mind.”

At the Holy Face Monastery in Clifton she says there’s also a Padre Pio shrine. So DeSalvo asked them if she could get a plaque made in remembrance of her husband since the saint was special to him.

“His name is now on that shrine and it’s so cool — I can always go there; it’s going to be there forever,” she says.

Jim was an accomplished BeanStudio Mastering and Recording music producer, songwriter and vocal coach. He also managed Unseen Rain Records during his almost 35 years in the New Jersey music business.

“He was such a good guy, everybody’s best friend,” DeSalvo says. “Such a giving person and loving.”

In their down time, the couple loved to attend concerts and drive around in the car listening to music. 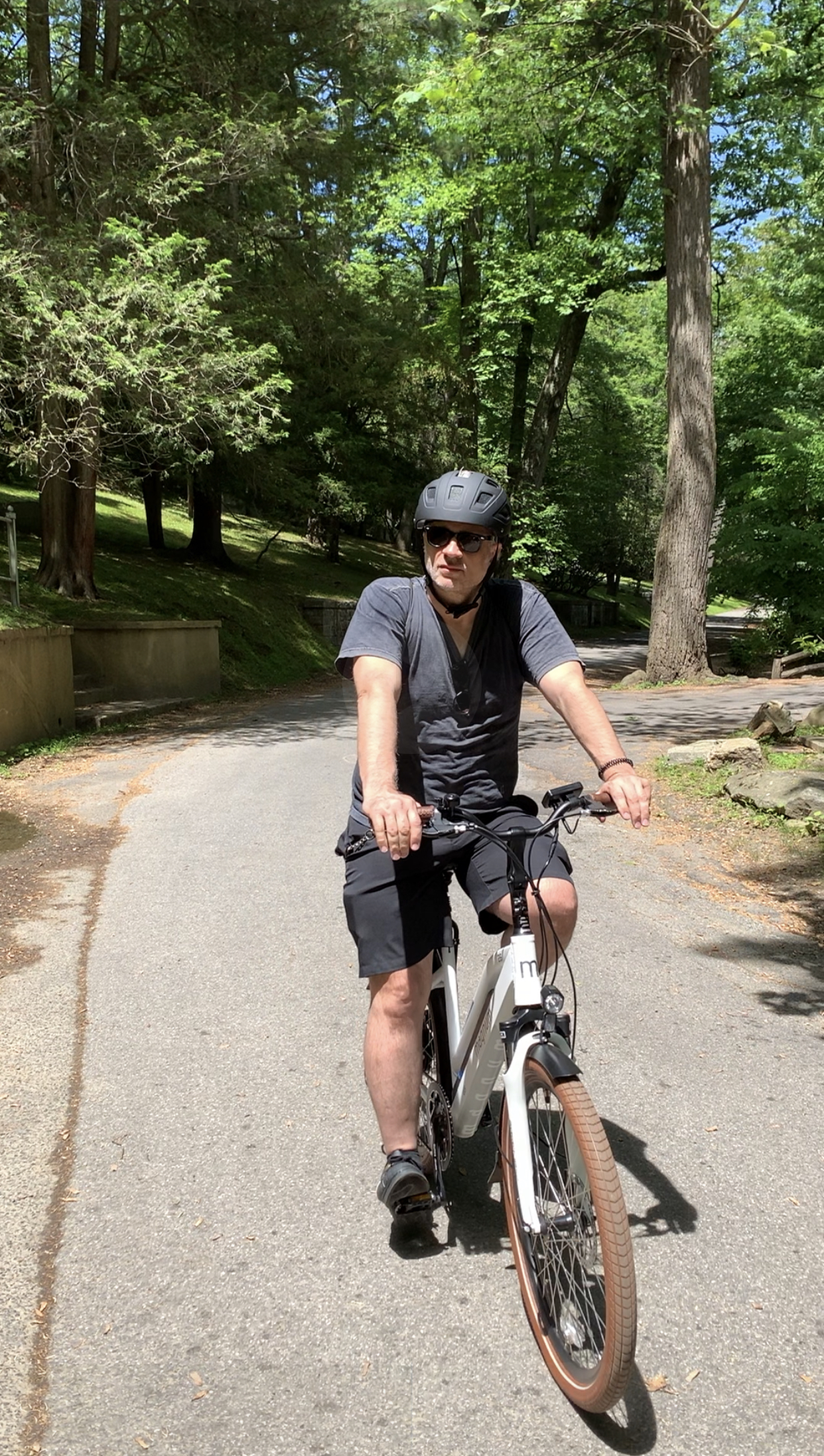 vegan things for him and it was like an adventure every time,” DeSalvo says. “We loved to hang out in the city and go to restaurants. After the kids came along we did more family stuff.”

When it comes to the tragedy, DeSalvo says Black Oak Ridge Road is completely residential the entire way.

The tire blew off with such force, she says that it didn’t stop until it hit a house.

According to the video editor, a tire expert did an analysis on the tires and they were a ticking time bomb.

“Worn out, old, retreads and he believed they were both flat at the time so the overloading caused all this pressure,” says DeSalvo. “The truck should not have been on the road.”

Not much made sense for a long time.

“We’ve come to find out this truck was overdue for inspection by three years and had 14 violations,” she says.

Twice interviewed by the police, the video editor says the driver never expressed remorse or concern.

“It just makes it easier for me to punish these people,” she says.

The New Jersey State Police impounded the truck and inspected it the very next day. 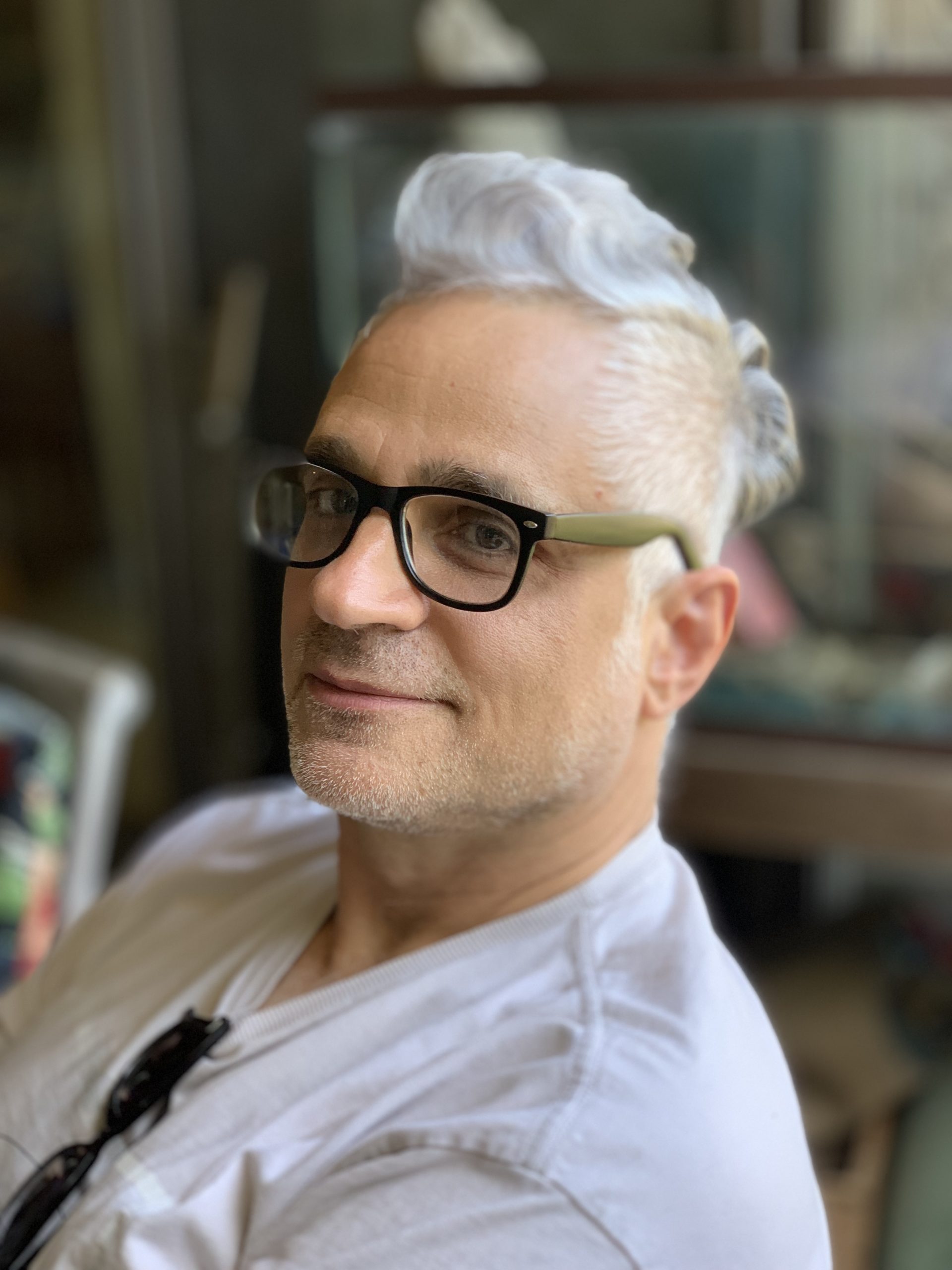 “They weighed the truck with the asphalt in it and they’re only allowed a certain amount on each axle and the center of the truck. They were overweight by 4.5 tons,” DeSalvo says, adding that it’s like putting a big diesel pickup truck on top of the load. “That’s what four-tons looks like.”

Wayne Police said they couldn’t proceed because they were waiting for the State Police to finish their report, according to the video editor.

“But there’s a 30-day statute of limitations,” she says. “Three months passed before they even got the report so it was well past the date of issuing tickets. (The driver) didn’t even get a summons.”

According to DeSalvo, the Passaic County Prosecutor’s Office didn’t find enough evidence to call this a criminal case but that didn’t stop her from filing an auto-negligence lawsuit against several involved parties.

“We’re suing the driver and the trucking company, the quarry and whoever was responsible for maintaining the vehicle. Also, whoever put the tires on — no wonder this happened,” she says.

DeSalvo says the trucking company involved does a lot of work for the town.

“They were actually on a job for the town when this happened,” says the video editor, adding that she hasn’t yet reached out to the town to urge them not to give bids to this company anymore.

“Because that’s such a big thing for me to take on that I just don’t have the energy to do right now,” she says.

But she has found solace and advocacy by connecting with Virginia-based Truck Safety Coalition (TSC), who learned about her husband’s death and reached out. The organization provides compassionate support to the loved ones of truck crash victims.

“When COVID’s over and we can actually go lobby Congress (to make stricter laws for truck safety across the country), I’ll get involved because I feel like it’s really important now and a way of taking action instead of sitting around — try to make things safer for other people,” she says.

First up for tractor-trailers and dump trucks: the Automatic Emergency Braking (AEB)/early collision warning system, a proven highway safety technology that could and will save countless lives and prevent injuries.

“To make a federal law that you have to have those installed,” DeSalvo says. “I have a new car and it has that — I love it; if it comes close to anything it slows down on its own.”

“The requirements for these (truck) drivers are very little. They should be held as accountable as a pilot with an airplane, in my opinion. They’re just death machines on the road.”

“I really feel robbed and like my husband was robbed,” DeSalvo says. “He was 52 and had a lot of years left. We were at a place where the kids were old enough and we started going out with just us — having more and more date nights together.”

Then the unthinkable tore them apart.

“I feel strongly that we need better rules to protect vulnerable road users. Riding a bike or jogging should not mean taking your life in your hands,” Meghan McGrath, an emergency medical doctor in Boston told the Truck Safety Coalition.

There are roughly 500,000 trucking accidents each year in the United States, with 5,000 resulting in death.

“They’re not regulated, they’re not checked and I’ve seen so many of them since,” says the video editor. “I never noticed them before, now I can’t not notice them — every time I go out I’m like, ‘Oh God there’s another dump truck, is its tires gonna blow, is that a responsible driver.’”

DeSalvo holds tightly to the beautiful life she and her husband built together and honors his memory any chance she gets.

“There’s no-one I would rather be with on this ride,” reads the sentiment on the anniversary card she chose for him that fateful day; with the cover image a Bicycle Built for Two.

“My husband was a gem, a real prince, the love of my life.”