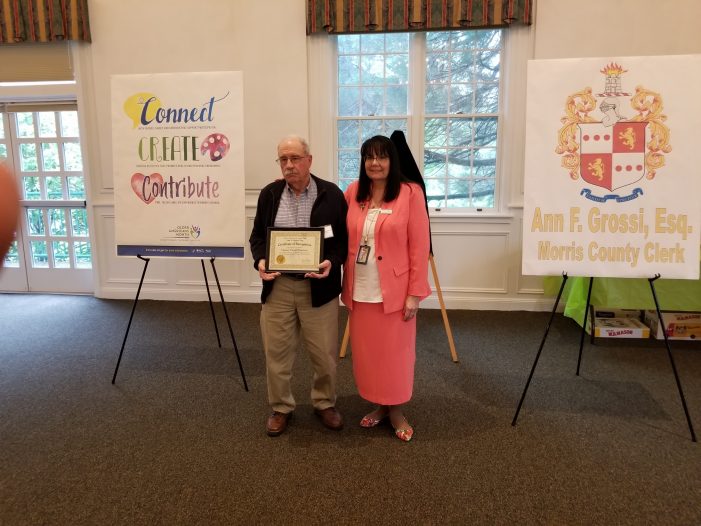 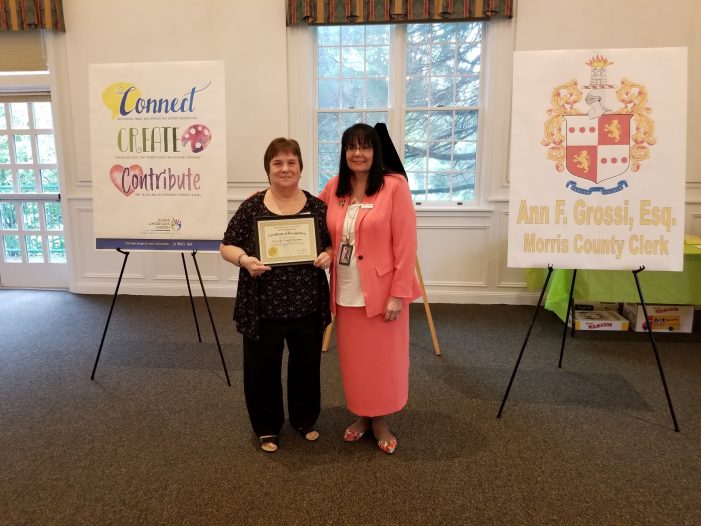 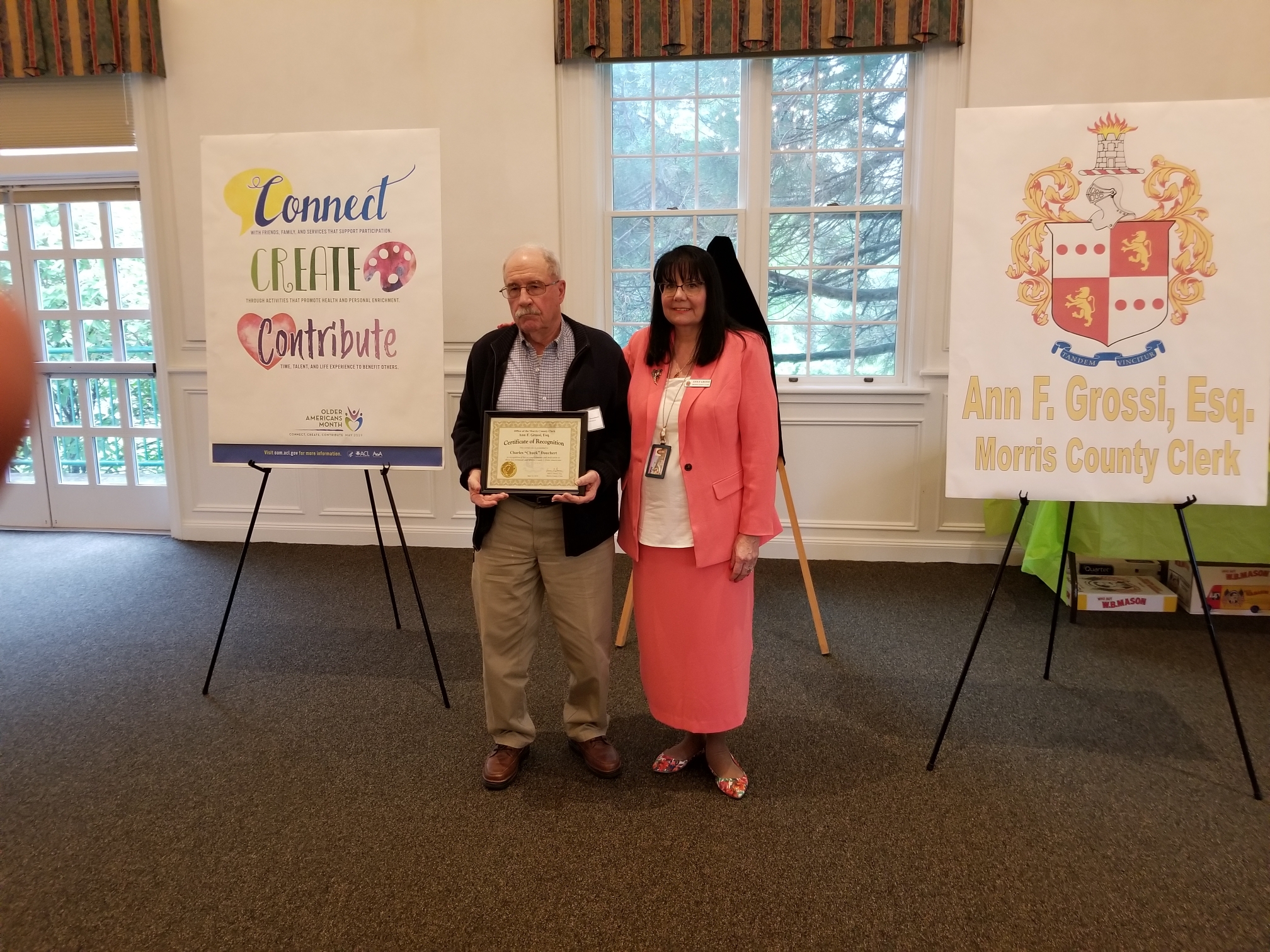 Chuck Dauchert was nominated as the “2018 Senior of the Year for Washington Township.” He’s a Vietnam Army veteran who was stationed at an air base near Saigon, and then at Ft. Sill, Oklahoma.

After serving his country, he became a member of the rapid response team at AT&T.  He led Boy Scout Troop 436 for many years and he guided numerous boys through the levels of scouting to earn its highest rank of Eagle Scout. He still serves as a consultant on merit badge projects, and just recently participated in a scout project of “Oral History of Veterans.”

He’s coached little league and soccer and directed drop off and pick-up for the CCD program for Our Lady of the Mountain parish.

A few years ago he arranged for delivery of more than 1,000 books that were tagged for disposal after a home renovation project to a shelter for homeless veterans.

He’s events coordinator for Veterans Post 1776, a Charter member of the Washington Township Community Emergency Response Team, and is part of the Township Land Trust.

His friends say his numerous “acts of kindness” include looking in on and assisting Veterans who are homebound and doing residential maintenance for people in need. They also say he’s all about helping the neighbors!

Gertrude Zielensky” better known as Trudy, was named Washington Township Senior Citizen of 2019!   She was an Elementary school teacher for thirty-eight years, with thirty-five years in the Dover school system.

Trudy married Ron in 1966, and has just recently celebrated their fifty-second anniversary the day after Christmas.

Trudy retired in 2005, and got involved in many activities in the township, in particular those held at the Washington Township Senior Center.  She is part of a Scrabble group, a Mah Jong group and, Healthy Bones exercise group, and Yoga group that all meet weekly at the senior center.

Trudy also enjoys the programs and events that are sponsored by the Recreation Department, and is one of biggest recruiters to get people to attend the events.

Trudy is a Lector and parishioner of Our Lady of the Mountain Catholic Church.  She is a member of the Friends of the Library, where she is involved with the Hospitality committee. Trudy truly feels fortunate to have a great library in town because there are so many fine activities offered each month!  Especially the Lifetime Learning courses each Spring and Fall.

Trudy would like us to know how grateful she is to be nominated.