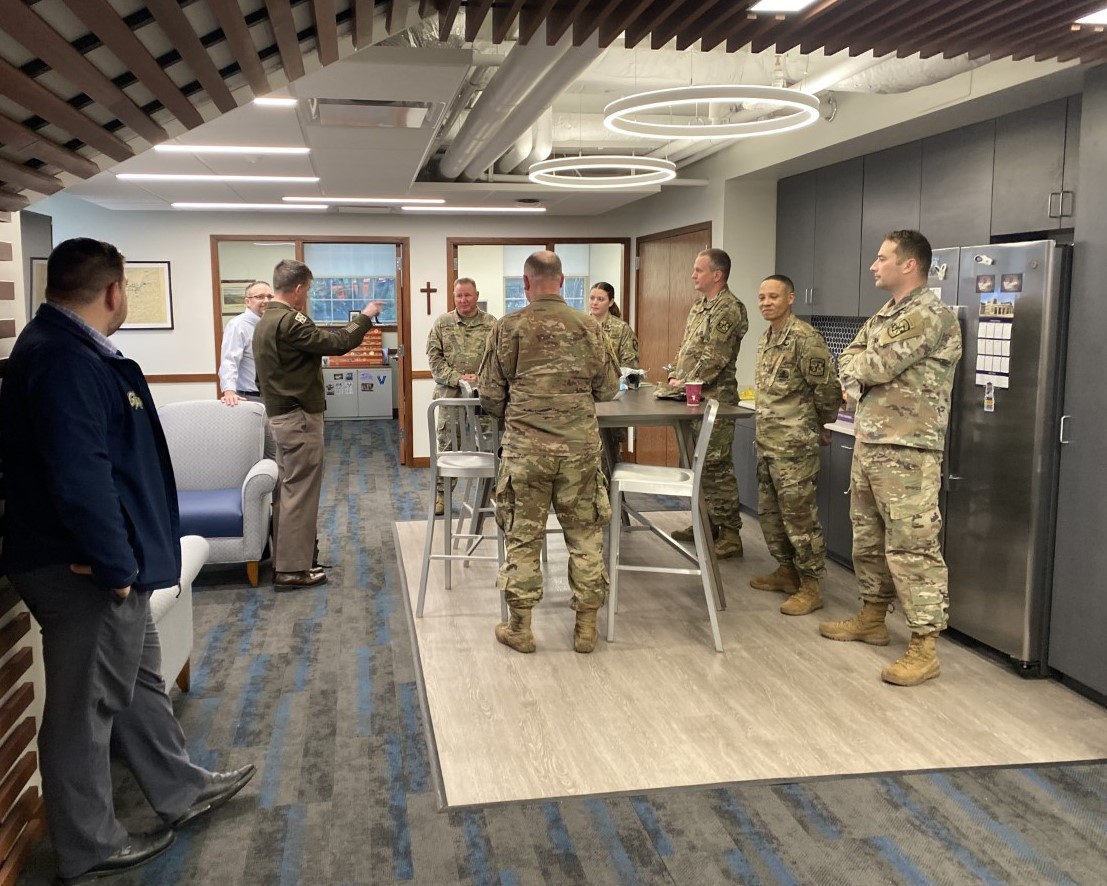 The U.S. Army Recruiting Command is gearing up for their annual March to Service, March 21- 31. U.S. Leaders from across the U.S. Army, are focusing on reconnecting with communities to shape the environment and generate community support for the Army by focusing on organizations and individuals who influence young adults eligible to serve in the U.S. Army.

After two years of minimal face-to-face contact in communities across the country, the Army has seen the divide within society continue to grow. About 75 percent of young people today admit they know little to nothing about the U.S. Army and the career opportunities it offers. During March to Service, Army leaders will work to reconnect communities to their Army through engagements with community and organization leaders, school personnel, and veterans groups across the country to inspire them to know their Army and ensure young people understand their options when making career decisions.

Major General Patrick Donahoe, Commanding General of the U.S. Army’s Maneuver Center of Excellence, recognizes that it takes a community to recruit the future of the Army. For that reason, Donahoe took the time to visit areas of New Jersey and Pennsylvania that he is connected to personally. During his two day visit he engaged with the educators and students at Edison High School, Metuchen High School, Villanova University and Valley Forge Military Academy as well as community leaders including the Mayor of Edison, the Mayor of Metuchen, the Main Line Chamber of Commerce President and Chief Executive Officer, 15 Veterans and 40 Junior Reserve Officers’ Corps (JROTC) Cadets.

Approximately 40 student leaders at Edison High School offered a forum for Donahoe to discuss his career, his formula for success, and the importance of civic leadership. Major Donahoe also took the opportunity to share his ethos “Your physical capability adds to your mental capability”. Donahoe added “a personal campaign of lifelong learning is important when you graduate from high school or college. When you stop reading is when you are going to stop learning, stop progressing, stop advancing, no matter your career choice.”

Donahoe expressed the same sentiments at Villanova University, where he met with the University President and later students at the Veterans Affairs Office. Afterward, students met

with staff from the U.S. Army Recruiting Command to expound on what communication tools and techniques will help recruiters get their message across to the student population.

Community leaders underscored the importance of students’ future professional success and equated it with the future success of the local economy. The leadership skills, education and values that are acquired through time served in the military yield productive members of society that later are sought after by companies large and small.

The U.S. Army continues to seek opportunities to connect with educators, community leaders, Veterans, and civic organizations throughout the Mid-Atlantic region. In an effort to recruit future leaders from local communities, the U.S. Army highlights the professional stability and security it offers. In addition to a basic salary, Soldiers can receive up to $50,000 in enlistment incentives. The Army also provides financial allowances to offset the cost of housing and meals, 30 vacations days annually, comprehensive health care, money for education, family services, and even career support after you serve. With over a 150 different career paths available in the U.S. Army there is something for everyone.

For follow up questions regarding this visit and what the Army is doing in your communities, please contact Ms. Allison Luchnick, Public Affairs Specialist, U.S. Army Mid-Atlantic Recruiting Battalion, at allison.s.luchnick.civ@army.mil.