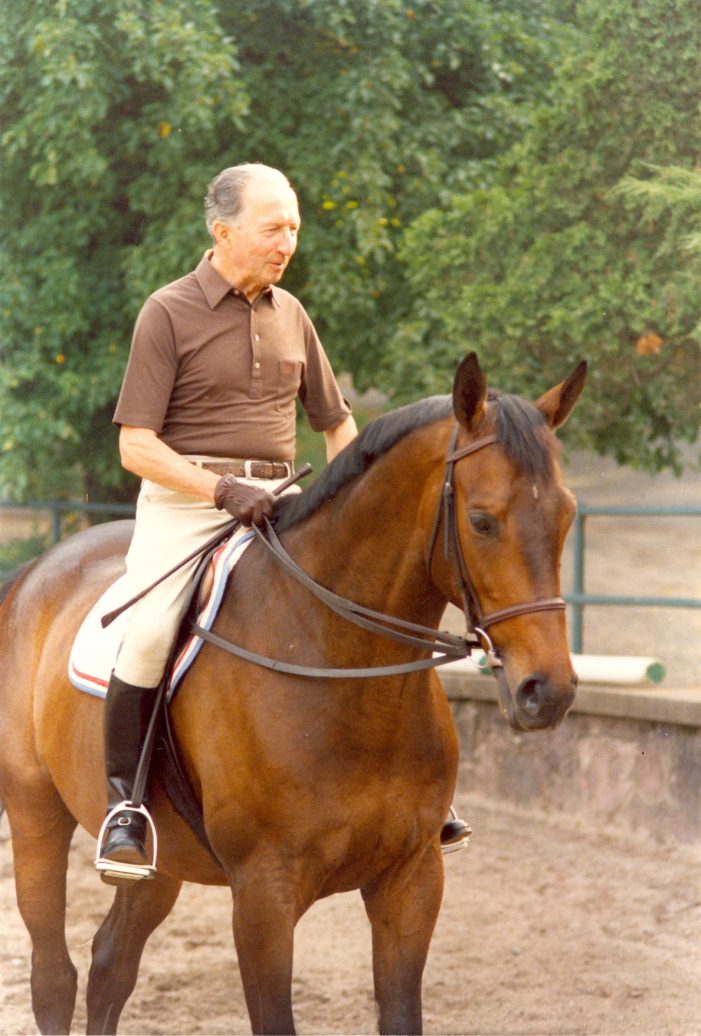 Bertalan "Bert" DeNemethy was an influential figure in the development and success of United States Equestrian Team (USET) in show jumping. He was a cavalry officer in Hungary before he immigrated to the U.S. in 1952 where he later became the show jumping coach for the USET, a position he held from 1955 until 1980. He’s pictured here riding in the main arena at Hamilton Farm. Credit: Courtesy of USET Foundation 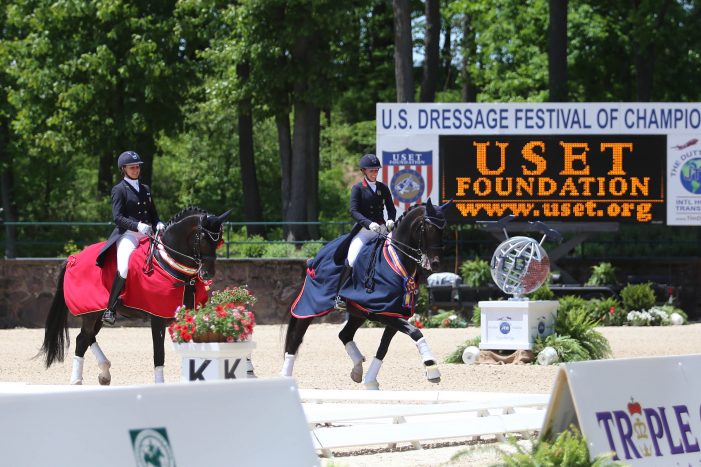 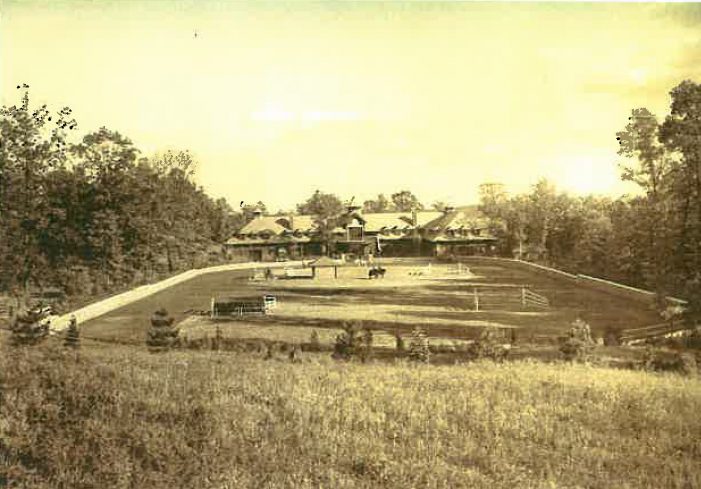 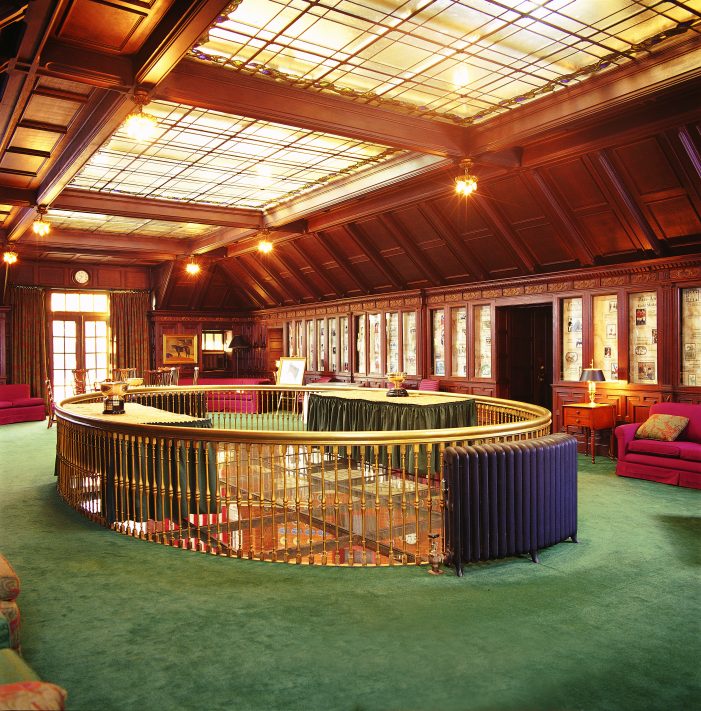 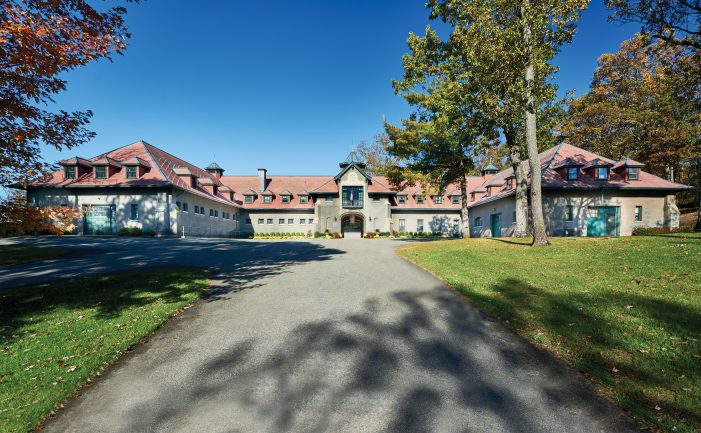 The USET Foundation is headquartered at the historic Hamilton Farm in Gladstone, New Jersey. Representatives of the High Performance division of the United States Equestrian Federation also maintain offices at the facility. Credit: Courtesy of USET Foundation

“Just the facility itself harkens back to a time of equestrianism in Somerset Hills when the very best horses and riders were here,” Jenkins says. “Still, to this day, I think when you drive in here, you feel that tradition, the legacy of some of the greatest riders to ever represent the United States on the world stage in the Olympics, Paralympics, and World Championships.”

“There are two distinct things here,” Jenkins says. “One is this amazing facility, Hamilton Farm, as it’s referred to in the equestrian community of Gladstone and the sport, and our efforts now as a foundation to support our athletes and our teams. They’re both critically important.”

A total of 252 medals have been won by riders and their horses who trained in Gladstone: 49 Olympic and Paralympic medals, 103 World Championship medals, and 100 Pan American Games medals.

A brief history. The Gladstone location dates back to 1911, when New York financier James Cox Brady bought the first 180 acres and started construction later that same year. Cox’s Hamilton Farm would eventually grow to 5,000 acres, and the first stables were constructed were in 1916 and 1917. The USET was formed in 1951, and Arthur McCashin, a Gladstone resident and a 1952 Olympic rider, brought the USET to Hamilton Farm. Bertalan de Nemethy in the mid 1950s was named coach of the USET show jumping discipline, and in 1961, the horse stable and many acres were leased to the USET. After de Nemethy’s retirement, Chrystine Jones Tauber took over. “She was a show jumping rider that rode on a several international teams,” says Jenkins. “When she finished her riding, she became the Director of show jumping for the United States Equestrian Team and managed the Olympic and Pan American teams that represented the United States.”

Jack Le Goff was hired as USET Eventing coach in 1970. “He was a key person,” says Maureen Pethick, Communications Coordinator of USET Foundation. “He was big in the event game, and he really wanted the riders to be good horsemen and horsewomen. I think the event riders had a lot of respect for him. He refined the Eventing program in the United States, and I think he revolutionized the program. There was an era where there was a lot of medals and a lot of success in international competition during his tenure here.”

Prior to 2003, the USET did train at the Gladstone site and selected athletes and teams for competitions. “The USET oversaw the sport side and fundraising of our high-performance teams,” says Jenkins. “Athletes did do training here, and there were National Championships here.” The Federation has some staff and offices at the facility today, but teams don’t have a permanent training center at Hamilton Farm as in the past. “Athletes really all have their own stables and farms and businesses,” Jenkins continues. “If they are selected for a team, they (Olympic and Paralympic teams) come together and they may do some pre-export training and quarantine together before they leave the country to go off for an international tour. But they largely all have their own businesses and are at different places throughout the country, training and competing.”

One rider who trained at Hamilton Farm was Michael Page, who competed and won medals at both the 1964 and 1968 Summer Olympics. In fact, Page met his wife at Hamilton Farm. “They’ve had a very long and loving life together, and stayed in the horse business,” Jenkins says. “We have a commemorative gift naming program where individuals can name a stall in honor of a special horse. Page made a very generous gift to name a stall after the horses that he rode in the Olympic Games. He brought his whole family back for the dedication of the stalls. It was really magnificent. It speaks to what Gladstone means to some of these athletes that really did live and train here many years ago.”

Hamilton Farm is listed on the National Register of Historic Places. “While fundraising to support our country’s high-performance athletes is the organization’s primary mission, it also takes funding to maintain the facility annually and to make current and future capital improvements,” Jenkins says. “It’s one thing that we want to make sure that we are able to do, but it’s largely when you have to look for generous people in the community who really want to see Gladstone’s Hamilton Farm continue to be part of this community and in really top shape so that we can continue to have competitions, training sessions, and community events here,” Jenkins says. “It really lends itself nicely to a whole host of wonderful types of events that can be part of this community, and the equestrian community.”

For more information about the Hamilton Farm, the United States Equestrian Team Foundation, and how to donate, visit www.uset.org.