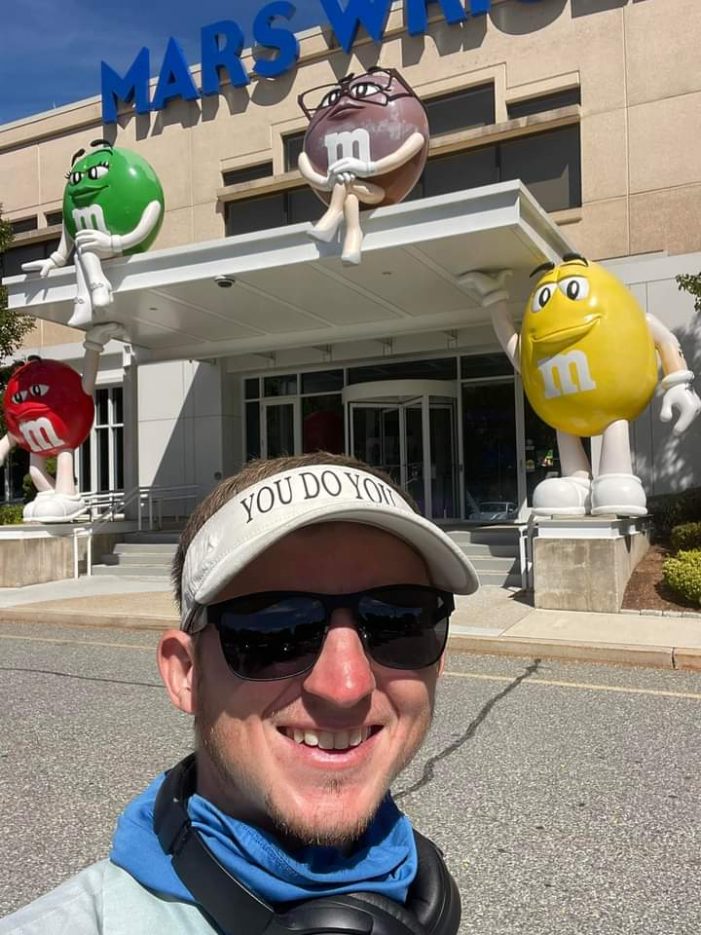 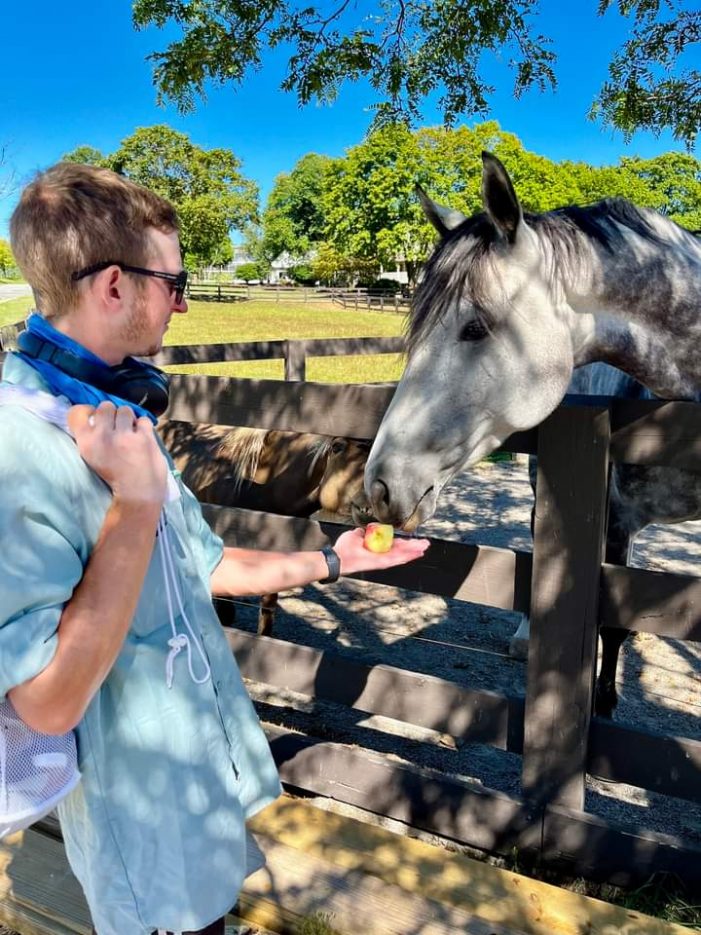 Utah resident, Isaiah Glen Shields, has been walking across the United States for the past 18 months, and recently arrived in New Jersey.

While passing through, he strolled the streets of some of the My Life Publications publication areas, and he met up with some very nice people and beautiful landscape.

According to his Facebook page, Shields passed through Phillipsburg, Hackettstown, Roxbury, Denville, Butler, Pompton Lakes, Riverdale, and Oakland. When contacted by phone, he was on a traffic heavy street in Norwalk, Connecticut, but he had not forgotten stepping through the upper portion of the Garden State.

Shields first entered New Jersey in September by crossing over the Route 22 bridge from Easton, Pennsylvania, and landed in historic Phillipsburg. “I think I had looked at New Jersey on the map to just sort of get the gist of what I was going to be expecting. I guess everybody has a little bit of an inkling of what places look like,” he says. “I’ve never been to India, but when I picture India, I picture the Taj Mahal and crowded streets. I don’t think I’ve ever spent much time in New Jersey, and I saw a picture with a lot of suburban build up. But what I wasn’t really expecting to find was so much nature, and I guess ‘The Garden State’ is a slogan that people haven’t really understood well outside of New Jersey. There’s a lot of really, really beautiful things here.”

Shields’ videos show him walking the industrial area of the city of Phillipsburg, but in contrast also strolling by serene farmlands right off of Route 57 in Washington Township prior to hitting Hackettstown. “No matter where I go, the sunset is visible there if you’re there at sunset, and with the people I met, there’s a lot of value in their story no matter what area it happens to be in,” he says.

“There was no major source of inspiration,” Shields says regarding his reasons to walk across the country. “Everybody has ideas that cross their mind from time to time. Some people have the idea to join a high school football team or to open a popcorn stand, restore an old Corvette in their garage. I was sitting at work one day and I had the idea, got kind of passionate and couldn’t stop thinking about it, and eventually I just left. It was pretty uncomplicated, just really pretty random and arbitrary, and sounded like something I wanted to do.” Shields’ career is what you see. His walk has become a source of revenue on social media for him. “Hopefully I can just keep doing something like this. But prior to me departing, I worked as a corporate finance analyst.”

Shields also has created a You Tube channel titled “You Do You.” “I often tell people that in order to be happy, they need to radically change their lifestyle. My core thing I kind of believe is that ‘You Do You’ is supposed to embody is just to act on those things that speak to you most deeply. I just bought a house, graduated college, had a mortgage, and was sort of on a good path for security. But I had this idea that just kept me up at night and really, really spoke to my soul in some way.”

Shields’ ultimate destination is Lubec, Maine, the eastern-most point of the United States, and will eventually commit his travels to a book project.

Shields also discovered that New Jerseyans can be pretty congenial folks, too. “People told me there might be some people who are less interested in my journey while I was in New Jersey, and I’ll just have a bit of an experience there,” he says. “Really, there’s just as many people kind people in New Jersey as anywhere. I had people open their homes to me, I had people letting me stay on their property, and people inviting me in to show me their lives and their lifestyles.”

Shields met one couple who worked for M&M Mars in Hackettstown. “They met me on the streets of Hackettstown,” he explains. “They didn’t really know a lot about me at the time, but they looked me up later. Then, when I was in New York City, they drove out and gave me a tour of the M&M store there in Times Square. You never know what kind of opportunities are going to come when you do something like this.”