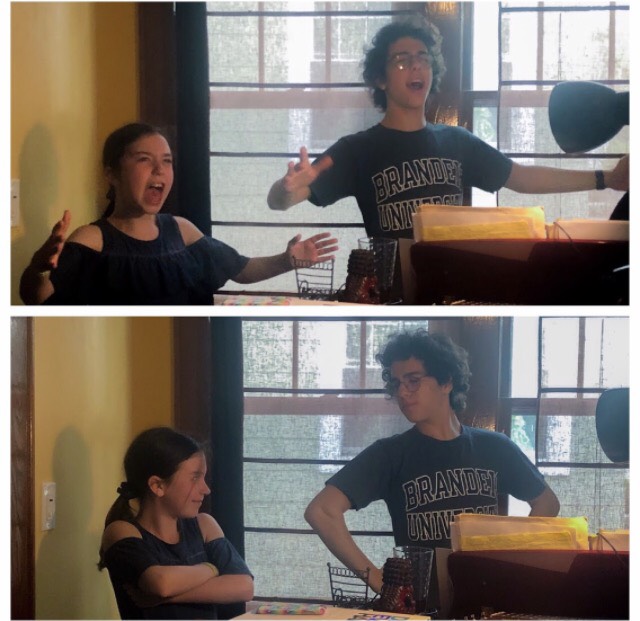 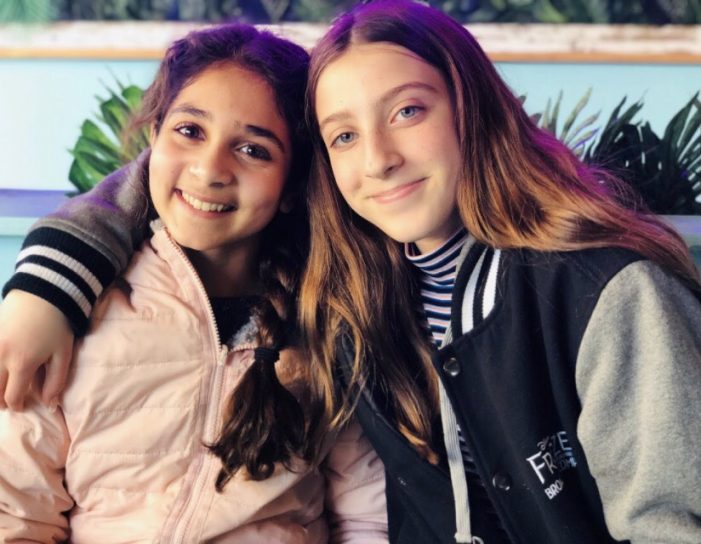 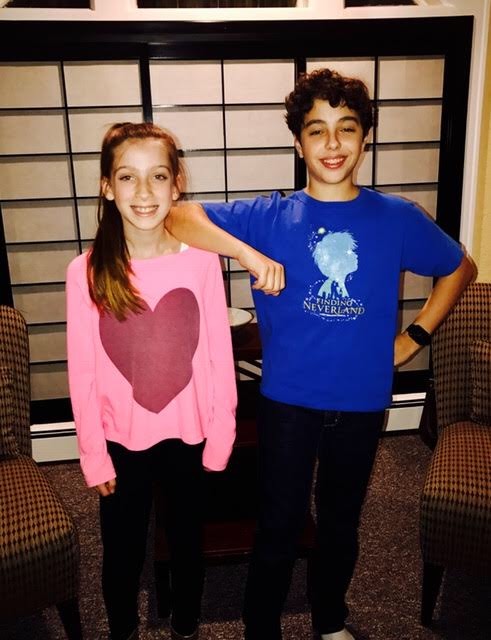 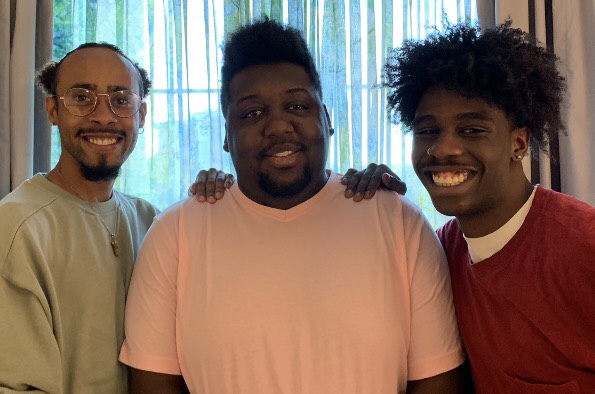 Here are the young men who are on tour who began with Broadway Buddy. They will be on a hiatus  on June 3 and will come and perform one selection at the Broadway Buddy concert. (From left to right) Lawrence Dandridge, Branden Mangan, Aaron Bowes

Broadway Buddy is a 3-month program starting in early March when the mentors and the mentees are first introduced. Mentees prepare questions for their mentors and they even share other bonding moments, such as getting their nails done and going to the museum together or watching their mentors perform.

“All experiences are unique to the pairs,” says Clark.

Around the third meeting is when the mentors and mentees get down to business and discuss what music they would like to perform at the cabaret. They then get together with an accompanist a couple of times to rehearse. On cabaret night, each pair sings a duet, and occasionally, when a mentor books a job and cannot attend the cabaret, he or she prepares a solo for the mentee.

The goal is to form lasting relationships between the pairs so that the mentees could have a mentor to relate to and learn from about the industry.

An alumnus from University of Michigan, Clark moved to the New York area to embark on her career after graduation. One of her credits was the role of Little Becky in “Urinetown” on Broadway, which was where she met her now husband Dwayne Clark, a fellow cast member and a Broadway Buddy mentor this year. She is now taking a backseat from the performance aspect and focusing on the influential, hoping to create more change in the landscape by, as she puts it, shifting herself onto the other side of the audition table. The Broadway Buddy Mentorship Program was partially inspired by her own experiences and she believes that open communication is what helps move representation forward.

ethnicity,” she explains, “I knew how to go into an audition and perform my 16 bars, but when I would received certain questions, like there one casting director that once asked me ‘Okay, great. Can you do it again? Can you do it more urban? Can you do it more street?’ Sometimes I would get this feedback from my agent. If the role called for that, then certainly I would do that, but sometimes I felt like a lot of those questions were based on the fact that I was black. Sometimes there are things that are put on you because of the way that you look. That is a part of the business. I just always wished that I had someone to talk with about this kind of thing because I would just be so confused.”

This year there are 30 mentors and 30 mentees. Each mentee is assigned to a mentor that is similar to the mentee in some way, whether it is personality traits, race and ethnicity, voice types, or similar roles, such as comedic, ingénue, or leading lady. The mentees, usually of ages 12 to about 24 (although this can be flexible, for they have also accepted people aged 10 and 26 in the past), fill out an application detailing why they want to join the program and then audition. The mentors also vary in age, such as young former Broadway Buddy mentee Ayla Schwartz, who is known for playing Young Elsa in “Frozen” on Broadway.

The program is designed for artists specifically looking into a profession in the theater field.

“They have to be at a certain bar from a talent standpoint because the way that we promote this program is that we say that we are putting veteran Broadway performers with aspiring or rising Broadway artists, and so we need to know that they are on a track to really want to do this and really be able to do this from a career standpoint,” Clark says, “The other thing is that there is a certain amount of need out there as well. Some people have access to take classes at Paper Mill from when they were 3 years old until they head off to college. Others don’t have that access, so we want to make sure that we are creating an access point for those who may not have had such opportunities to train.”