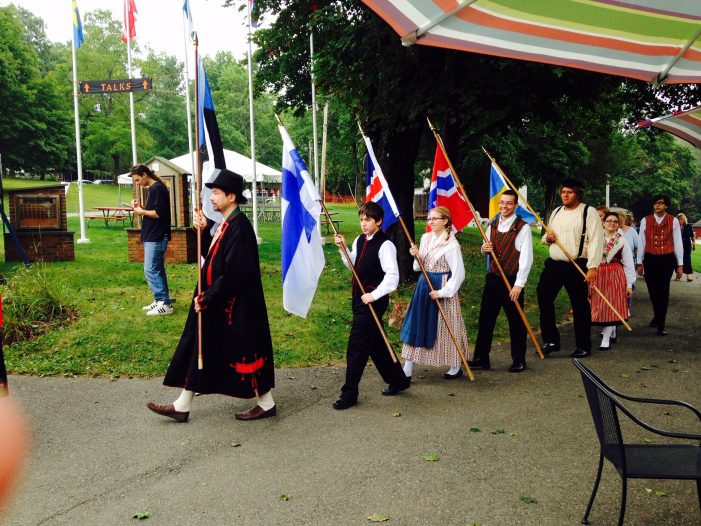 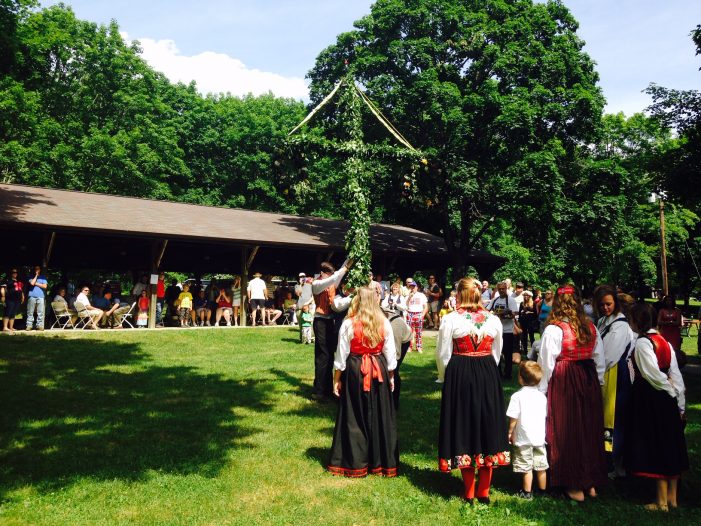 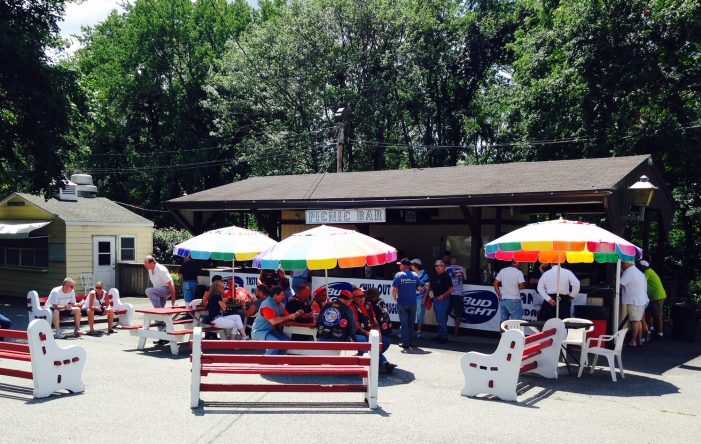 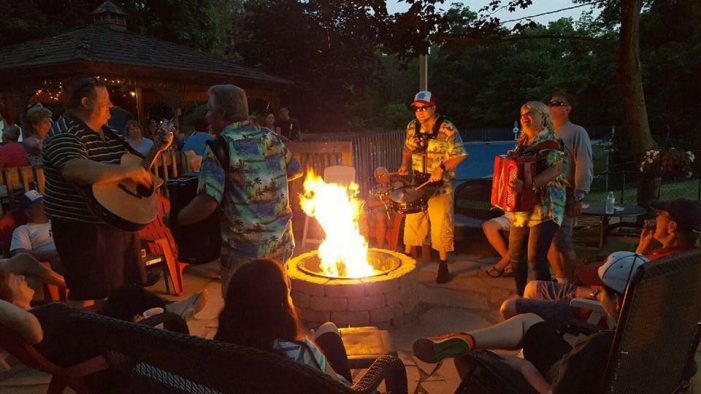 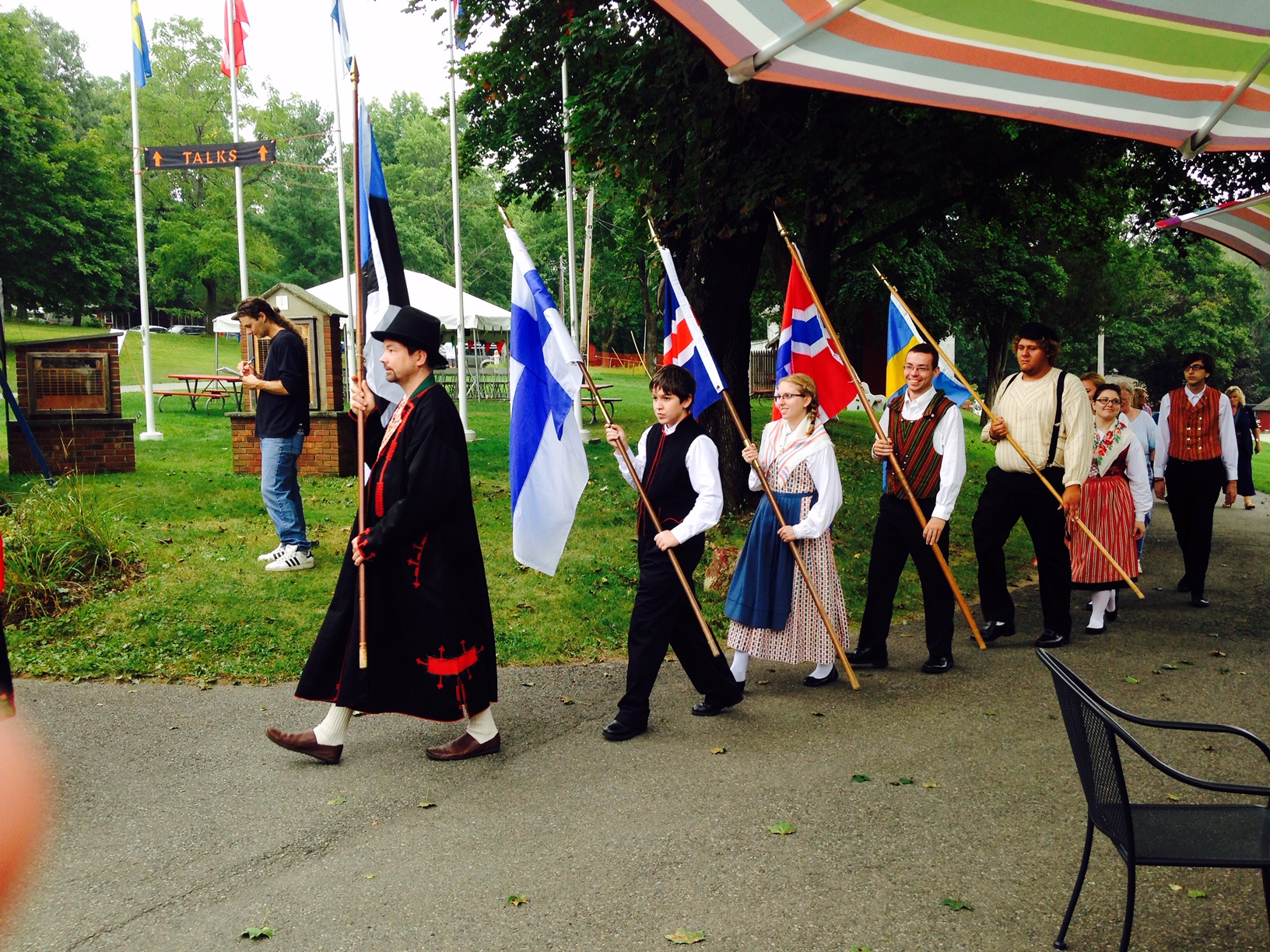 “I came here from Sweden and have been here 40 years.  I’ve been a [VASA]  member for [22] years.  [Vasa Park] is a community.  Many of the people here now are third and fourth generation; people have met and married here.  I think everyone [here] sees it as a big family,” said Inger Hanright, of Mt. Olive, more specifically of VASA Park in Mt .Olive.

What was to originally be an “old people’s” home for VASA lodge members, became a place where members could come and socialize and eventually live.  It is a place where the Scandinavian heritage is celebrated and passed on to new generations and shared with the public through events during the year.  Known as VASA Park, its official name is New Jersey VASA Home. Located on Wolfe Road in Budd Lake, it is the cultural center for the VASA lodges in New Jersey.

In April 2019, three members of VASA Park, Hanright and Helen and Arthur Haumacher of Tranquility, sat down in the park’s archive room and shared the past and present of the park.  What was shared that day follows below.  Recently, Hanright added, “we had to cancel many events last year due to COVID-19, but …we will be back on schedule this coming year and we will in fact be celebrating our 85th anniversary in 2021.”

The VASA Order of America is a Swedish Fraternal organization; VASA orders are also found in Sweden and 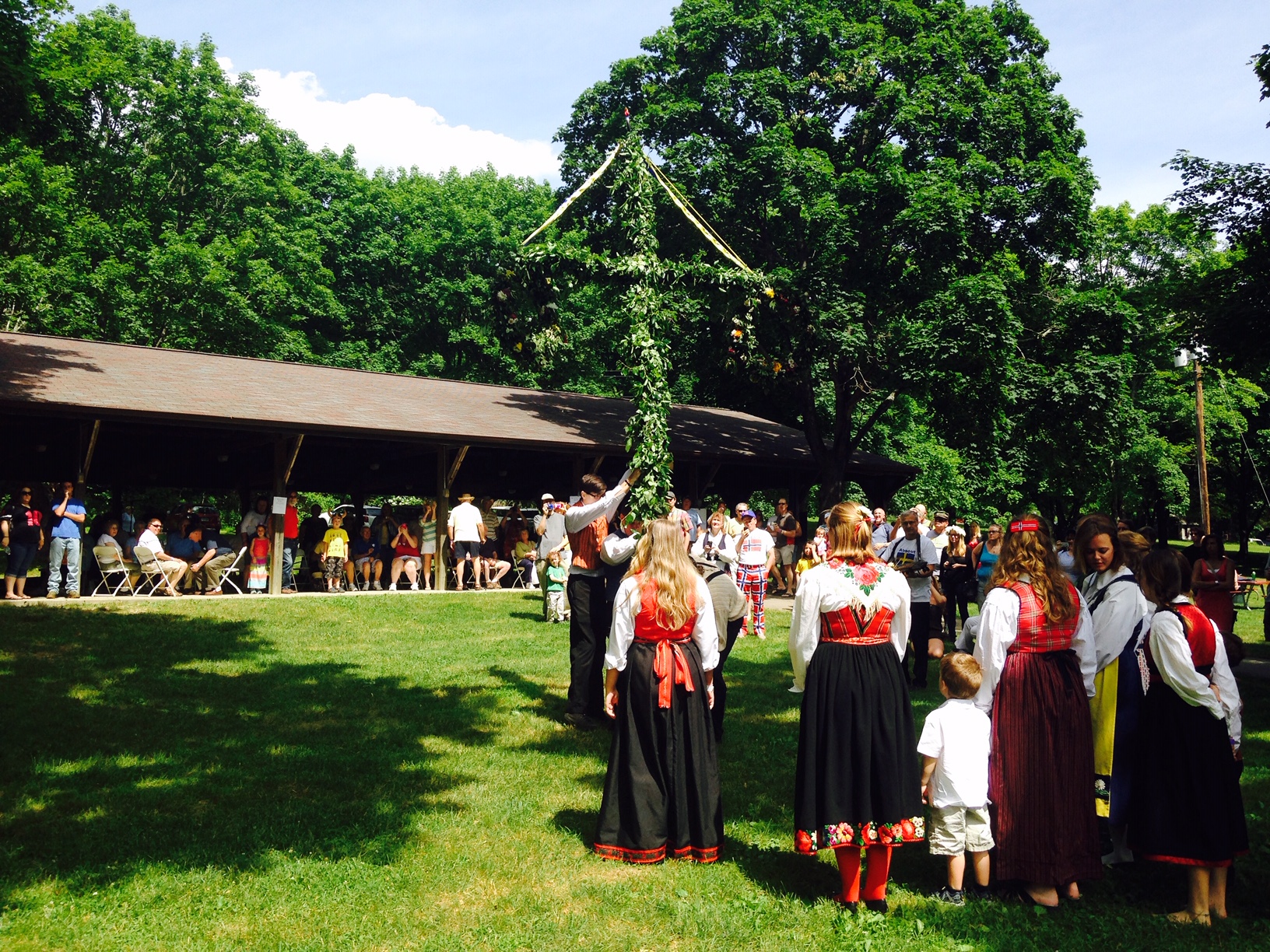 Canada.    The VASA Order of America was started in 1897 as Swedish immigrants looked for others like themselves, with the same language and culture. Men’s working groups developed.  Within New Jersey, the number of such groups grew, with lodges in various parts of the state. In the 1920’s   the lodges got to thinking about what would happen to them in old age. In 1929, lodges in NJ District #6 had a meeting.  Helen Haumacher explained that it was decided that an old people’s home would be built and in 1936 someone found a farm in Mt. Olive for the lodges to purchase.  The cost of the 126-acre farm was approximately $5,400. That included a couple of cabins, chicken coops and the white farmhouse that still stands today and is over 250 years old.

Men from the different VASA lodges would come to the site after work or when they had free time to volunteer in building on the site.  The women would come and support them by cooking meals. The first thing built was a dance floor.  From there, building continued to include washrooms and a temporary kitchen and bar and eventually much more.  As for the “old people’s home”, it never got built.

“They were too busy having fun,” said Helen Haumacher a 64-year member of VASA park.   After the long trip many made to get to the park from various areas of New Jersey, people just wanted to relax and that was the reason the dance pavilion was the first thing built.  People would have fun and pitch tents and camp overnight. 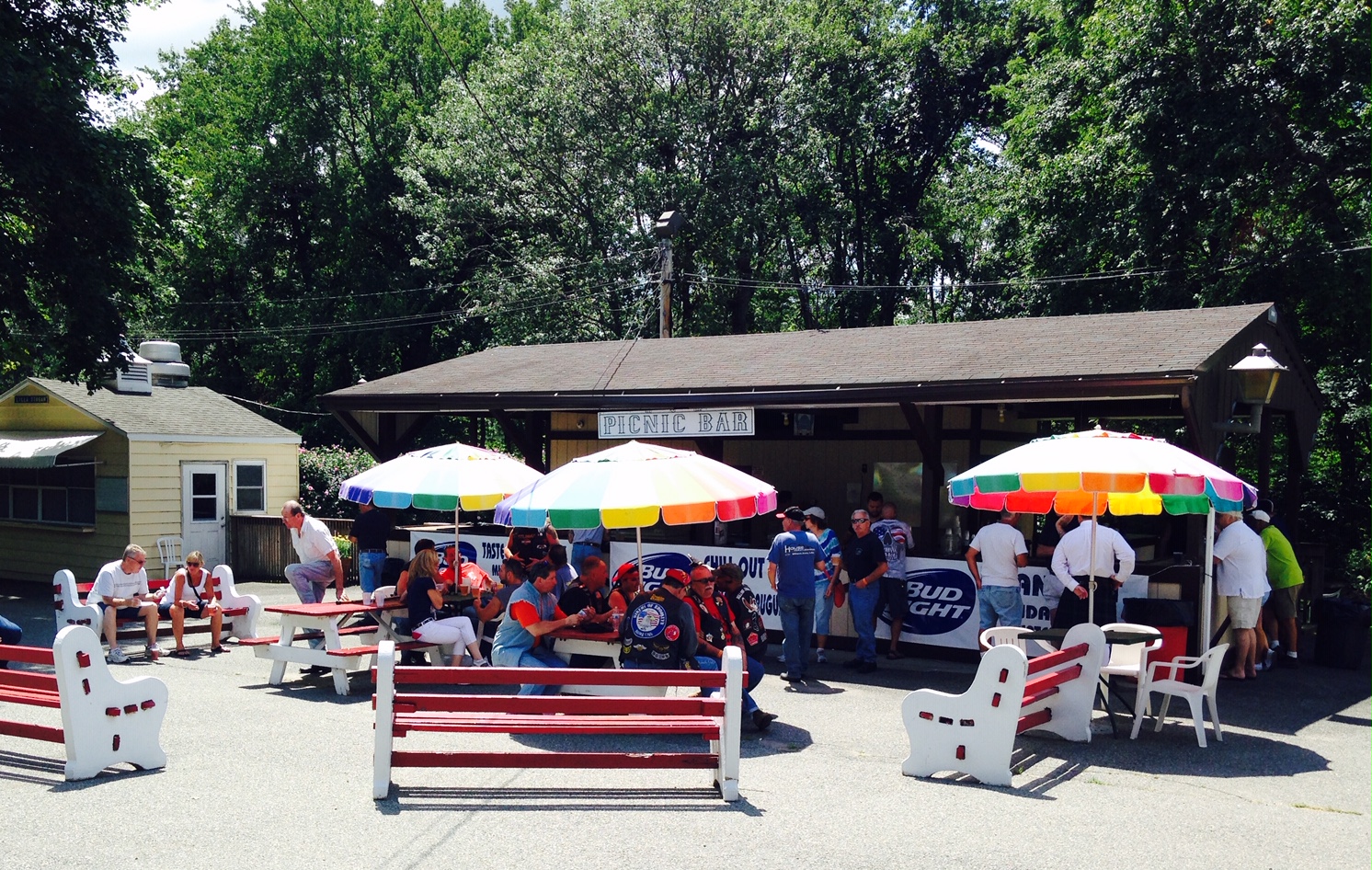 In 1937, a big picnic was held as a fundraiser with over 1000 people attending. It was through the efforts and financial support of lodge members that VASA park grew and still continues to do so.  Over the years, things were added to the VASA Park location, such as a pool, a  children’s play area (today with a children’s size “ship” in which to play),  horseshoe pits, and more.   The attractiveness of the area moved some members to want to have summer homes there.  Lots were created which could be leased and on which members could build summer homes.  Helen Hanmacher noted that the place “quickly became attractive” and known for its “comradery and fun”.  Eventually, some members decided they want to make VASA Park their permanent home, and in 1952 the first year-round house came to be. As time went on, more summer homes became permanent homes, as members of various lodges now called VASA Park “home”.

In 1980 disaster stuck, as a fire, the result of arson, ravaged the dining room and dance floor.  However, the community came together and decided to rebuild, making the new building the cultural center of the park.  The new building, dedicated in 1983, has a meeting room, complete bar, kitchen, rest rooms, and an archives room of the park’s history.

Another thing that changed over time was that the population was no longer just Swedish;  Hanright noted that today its approximately 1000 membership represents those of Sweden, Norway, Iceland, Denmark, Finland, and Estonia heritage.   VASA Park became the cultural center for lodges in this NJ District.

VASA Park keeps the Scandinavian heritage alive through various members only events and passing on traditions to new generations.  There is a children’s club where folk dancing is taught, cultural programs given, and children are taught Scandinavian Christmas songs.   Each year, there is a Lucia’s program. “It is a very Scandinavian thing,” said Hanright. The program is done on December13th, the darkest day in Sweden, the winter solstice.  A Lucia pageant includes a procession headed by a girl with a headdress of candles personifying light and warmth, and other children follow in various costumes.

VASA Park not only keeps Scandinavian traditions alive for its membership, but shares them with non-members through events offered to the public.

In June, there is summer solstice event with dancing around the Maypole, children performing, and food.

Each September, the biggest event of the year is held:  Scandinavian Fest. Held on the Sunday of  Labor Day Weekend, the event celebrates and shares the Scandinavian heritage.  About 4000-7000 people attend the fest which involves a good deal of Scandinavian fun, food, music and dance.  Most of the VASA lodges do fundraisers, such as selling dishes like Swedish pea soup.  There are vendors selling goods.  There are various events, one of which has drawn quite a crowd in the past.  Arthur Haumacher shared that in the wife-carrying contest, a man will carry his wife through an obstacle course.  “The prize [for the winner] is the woman’s weight in beer,” he said.  That weight is determined by putting the woman on one side of a seesaw and beer on the other.

A holiday shopping event is held in the fall:   the Jul Bazaar.  This Christmas bazaar features items from Scandinavia and handiwork of those with Scandinavian heritage.  On sale are packaged good and baking items specific to Scandinavian cooking and baking. In addition, there are baked goods such as limpa (ryebread) and there’s traditional lingonberry jam. In addition to the shopping, there is a Swedish meatball lunch.

In addition to Scandinavian events, VASA Park is the site of a Vet’s Summer Festival to benefit Operation Chillout (an organization which helps homeless veterans).  The event has live music, crafts, food, a car show, and a kids’ zone. As part of its outreach, the park does not charge the veteran’s organization for the use of the park for its festival.

New Jersey VASA Home is truly about community and sharing a heritage, not only with those who are part of it, but those who want to be a part of its culture, if just for a day.