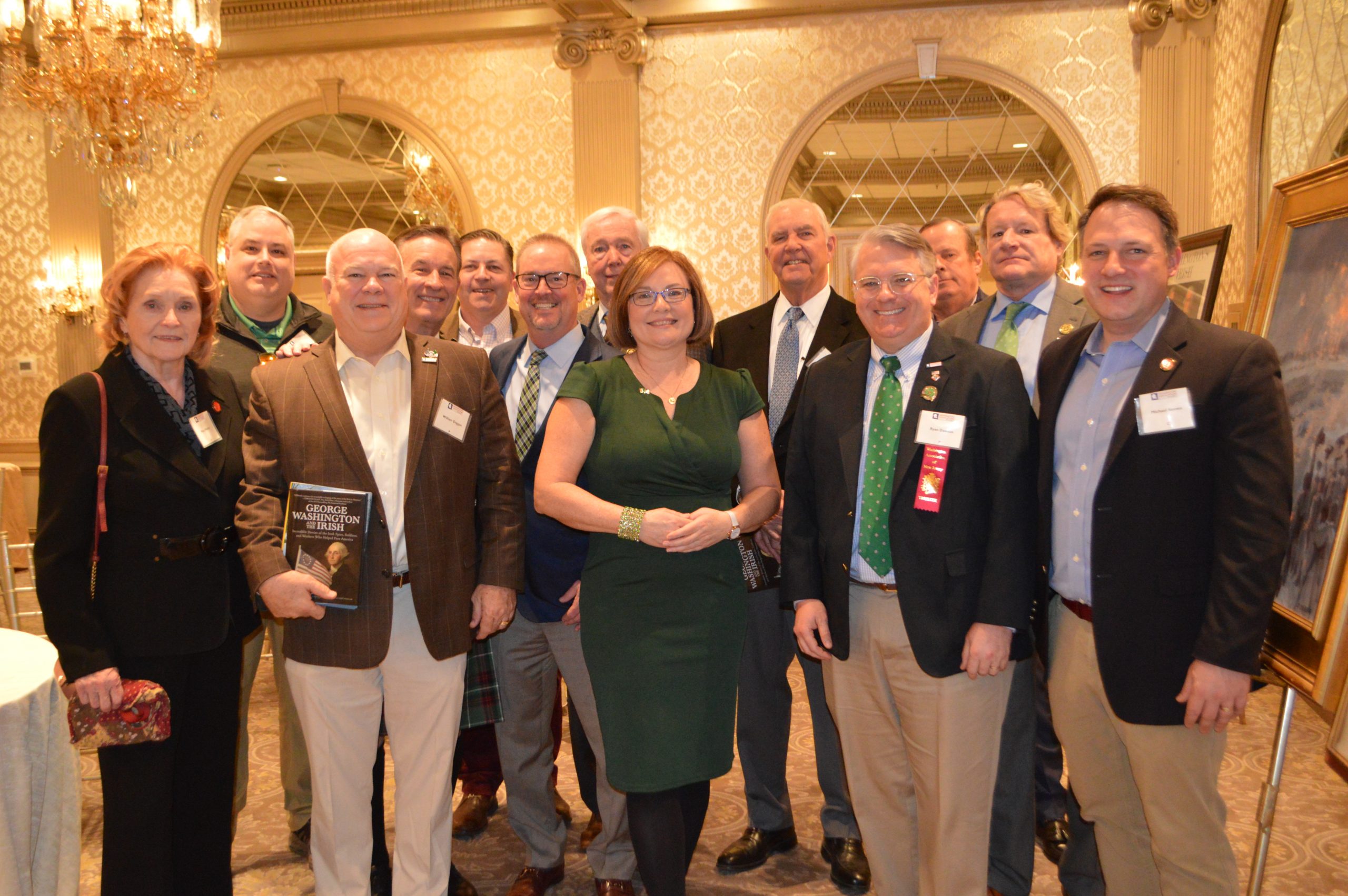 The Washington Association of New Jersey, an organization chartered by the New Jersey Legislature in 1874 to preserve George Washington’s Morristown Headquarters, held its 148th Annual Meeting and celebration of Washington’s birthday at the Madison Hotel on Monday, February 21st.  The organization promotes awareness of New Jersey’s Revolutionary War heritage and provides direct support to Morristown National Historical Park.  The celebration resumed this year after being held virtually in 2021.

The theme of the celebration was “The Irish Contribution to the American Revolution” and the Annual Address was delivered by Niall O’Dowd, journalist and author of several books including the just-published George Washington and the Irish.  Mr. O’Dowd’s talk recounted the Revolutionary War contributions of spy Hercules Mulligan and Congressional secretary Charles Thomson, among others.  Morristown was the site of one of the first Saint Patrick’s Day celebrations during the Revolution.

Special guest included the Irish Consul, Helena Nolan, and her husband as well as State Senator Anthony Bucco and Assemblyperson Aura Dunn.  Reports from Washington Association President Russell McAusland and Trustee Troy Simmons outlined projects that were accomplished at the various Morristown National Historical Park sites.  A report from Superintendent Tom Ross highlighted the status of the Park included record-breaking numbers of visitors despite limitations on operations during the pandemic.

The Washington Association of New Jersey Achievement Award, its highest honor, was presented to Jeanne and Dick Floersheimer of Florham Park.  The Floersheimers have guided the North Jersey American Revolution Round Table for the past 11 years.  The Achievement Award has only been conferred 21 times in its history.

George Washington re-enactor Sam Davis visited with the guests and soloist Gloria Bangiola, a Morristown native, lead the members and guests in the tradition of singing America the Beautiful and Auld Lang Syne.