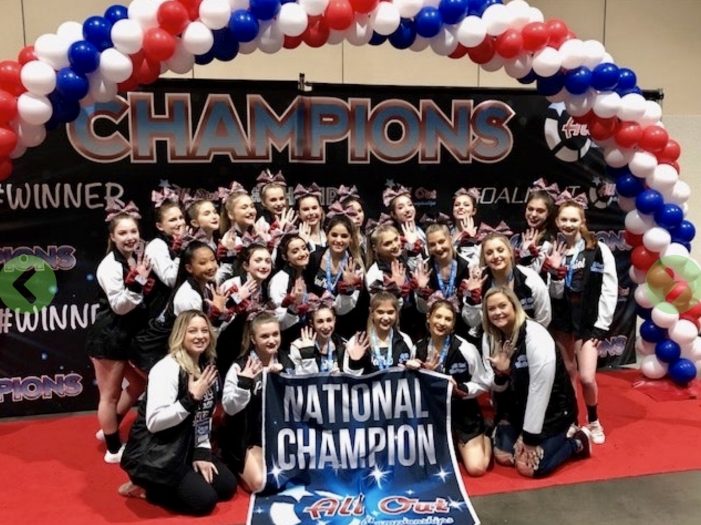 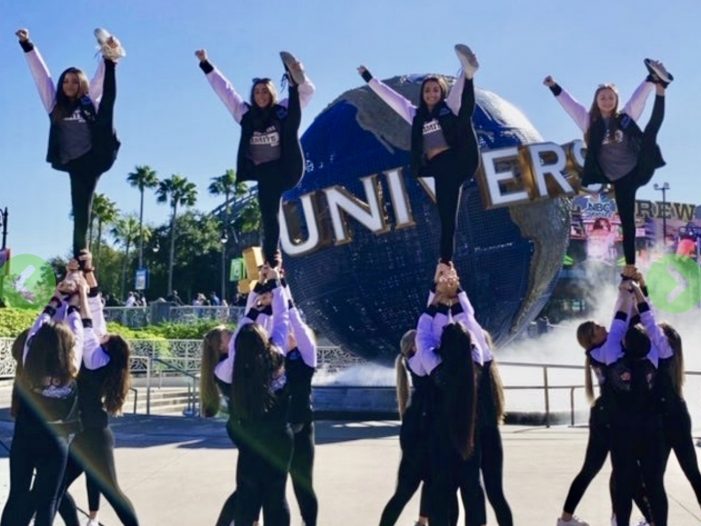 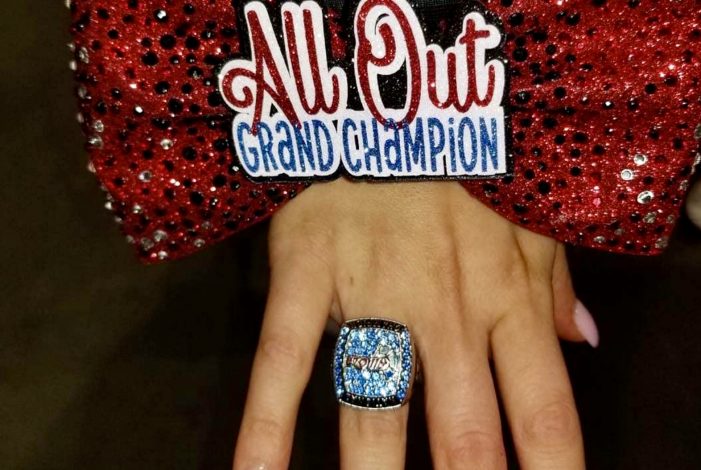 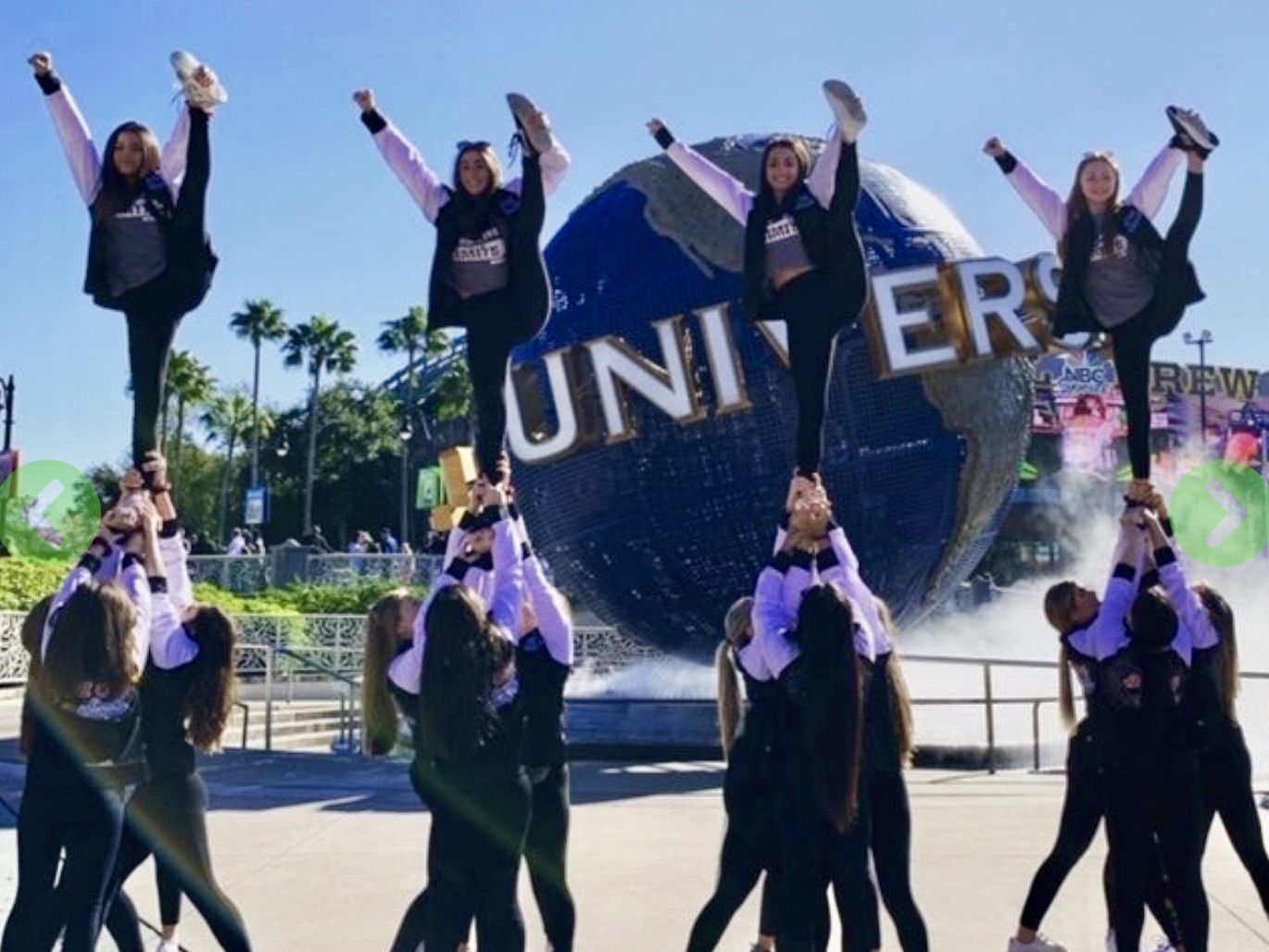 Their outstanding performance earned the highest score of teams across all divisions and propelled the Wayne Hills High School Cheer Team to the top of the leaderboard at the All Out Nationals in Kissimmee, Florida.

Being named Grand National Champions in February was no surprise to Head Cheer Coach Amanda Mascaro, who says the team’s routine is built to score in the elite high range.

“There are different tiers of difficulty, and our goal is to always be at the top range of difficulty,” she says. “That makes for a routine that is jam packed with elite level tumbling and difficult stunt sequences.”

According to Mascaro, she has coached nearly every girl on the mat from the time they were in elementary school.

“They know how I work, and what I expect from them,” she says. “Having that close long-term relationship with the girls makes them want to push even farther each season — hence our slogan,  ‘Pushing the Limits.’”

And Mascaro has coached other teams to National titles, and she hoped to bring one home to Wayne Hills.

“The girls really wanted a National title under their belt,” the coach says. “They went out there and gave the best performance of the season, at that point. We also had a judge come in before we left to help look at the routine to get a judge’s perspective.”

In addition, she says the energy from all the families who flew out to support them contributed to their successful performance.

When it comes to winning, Mascaro says the girl’s hearts were pounding with excitement and it put them in the running for Grand Champs.

“They called out Wayne Hills and it was an incredible moment — a culmination of all the hard work, sweat and tears 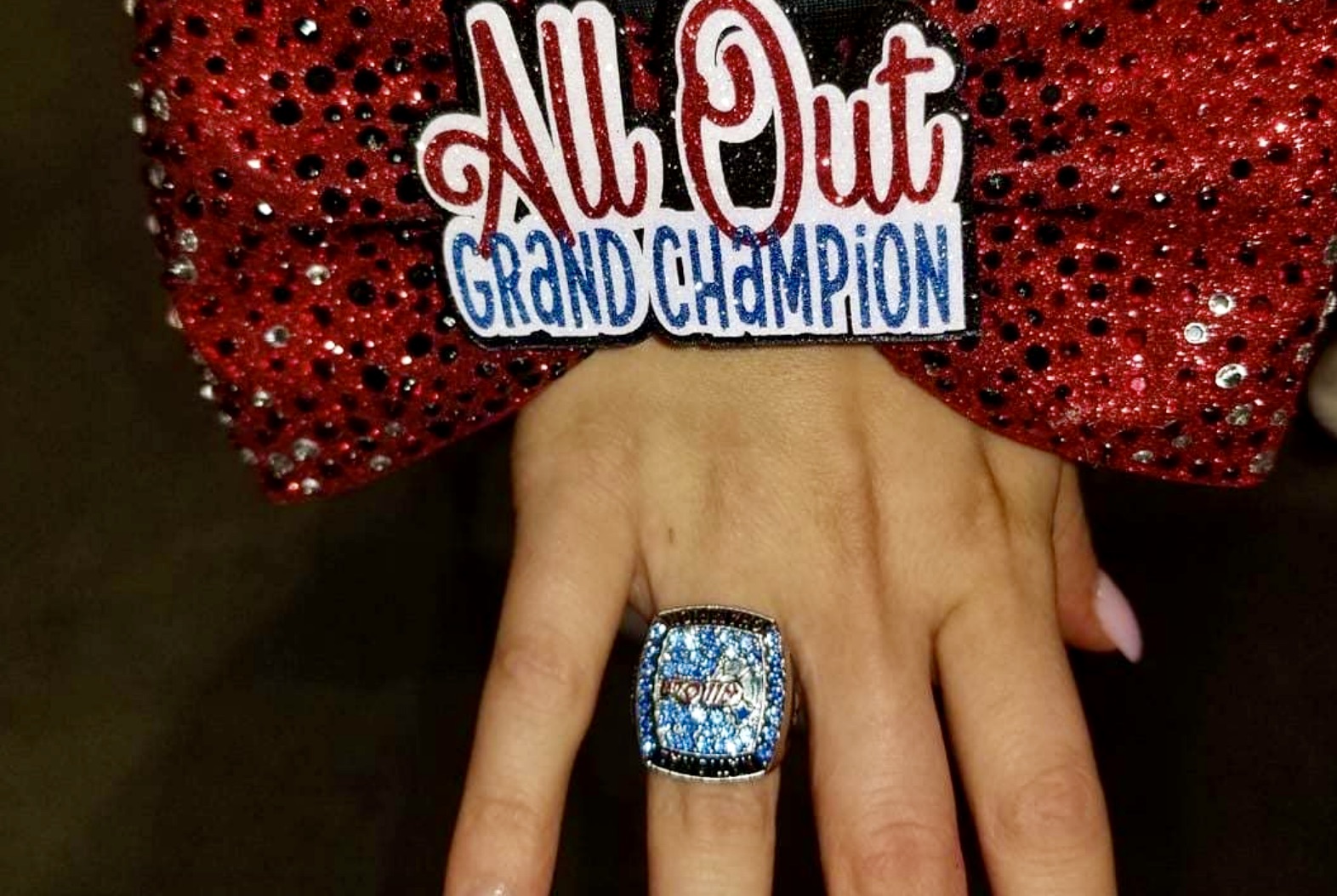 put into the season,” the coach says. “Winning Grand National Champions is an amazing accomplishment; their first National title win since 2016.”

For junior Elizabeth Alechammas, the win in Florida felt like one of the biggest accomplishments of her cheerleading career.

“Our team has three intense practices every week. We work on incorporating stunting and tumbling skills into our routine to achieve the highest scores possible,” Alechammas says, adding that she plans to continue cheering at the collegiate level.

According to Mascaro, to be a national champ cheerleader takes hard work, dedication and overcoming the fear of failure.

“You need to go out there and want it more than anyone else in the arena,” she says. “We try to keep the focus on our team, instead of worrying about the teams we are up against.  You can’t control how they perform, you can only control what you do out there on the mat.”

The Competition Cheerleading program started in 2003 and Mascaro took over the team with co-coach Alexandra Giannini in 2019. This season they hosted their own tryouts and grew from 16 to 22 girls, freshmen through seniors.

“We look for the best of the best here at Wayne Hills,” the coach says. “This year we required tumbling to be able to try out. Throughout the season, we practice at Just Cheer All Stars in Fairfield.  One of their owners works with us on stunts, and she does our choreography.  Having a routine that stands out, uses the floor properly and contains the right elements is key.”

The team also works once a week with a tumbling coach.

“It has really helped us increase our tumbling skills this year,” Mascaro says. “Coach G and I are always pushing the girls to try to gain new skills.  We never want them to rest on their laurels.”

With the girls spending so much time together perfecting their craft, camaraderie is crucial.

“It is super important that the girls are supportive of one another,” the coach says. “If someone is struggling with a skill, everyone needs to cheer them on.  In the end, we get one score.  If one person doesn’t do their job on the mat, that affects everyone.”

Delaney May echoed that sentiment and says she loves cheerleading because it pushes you to do things that you never thought you would.

“No other sport takes girls and throws them in the air,” says May, a Wayne Hills senior. “I was so fascinated that cheerleaders could do things like that, looked up to them and decided that I wanted to be able to do those things too.”