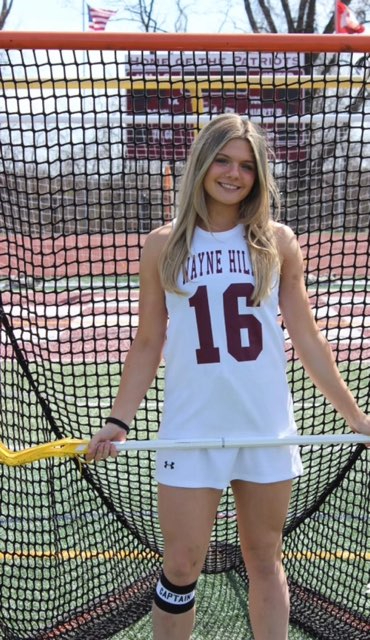 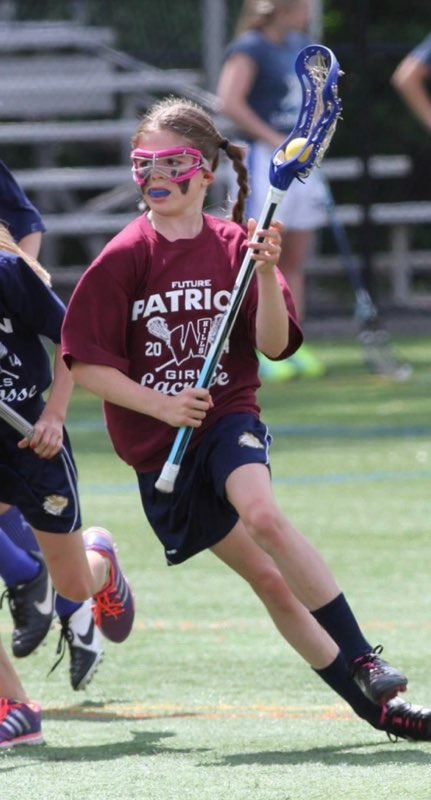 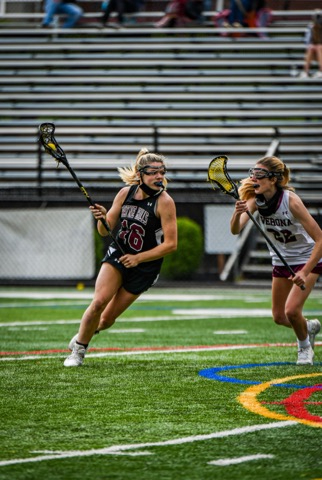 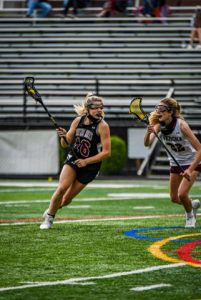 Things are exciting right now for Wayne Hills High School lacrosse star, Kaitlyn Davies. Bound for the University of Florida Gators next fall, she is putting the final touches on her splendid, high school career.

Davies is ranked by Inside Lacrosse as the 16th best player in the country, and as of this writing she already has 43 goals and 56 points in her senior season, including a nine-goal game against Randolph.

Davies is a student of the game, studying her opponent the moment she hits the field. “I watch the other team, and I try to track down who the good players are,” she says. “I know how I’m going to get around them, and I know what I’m going to do in the draw circle. I try to watch what they do, try to see how they shoot on their goalie, and try to figure out strategies of what I’m going to do in the game. I think lacrosse IQ is so important.” And so is confidence. “You can’t be afraid,” she states emphatically. “You have to put yourself out there. Confidence is why I think I score so many goals and have so many points, because if you’re scared of the girl that you’re going against, you’re never going to get past her. And if you’re scared against your competition, you’re never going to win.”

Davies started every game for the Patriots and scored 67 goals as a freshman and, after COVID canceled her sophomore season, as a junior last year she had a number of eight goal games while scoring 104 goals and tallying 124 points. Davies was Rookie of the Year in 2019, and in both 2019 and 2021 she was First-team, All-Conference, All-Passaic County, and All-North Jersey. She was also named Player of the Year in North Jersey for 2021.

Davies credits her head coach, Daniella Wagenti, with much of her and the team’s success. “She always wants to make us better,” Davies says. “She’s just a great coach and motivates us to do better, and she tries to find things to make us be better – to be a better team, not just individually.” Davies as well lauds her dad, Chris, with his encouragement. “I think the reason why I am the player that I am is because of my dad. I think he definitely has had the biggest impact on me, more than any of my coaches, because he has been my coach since I was young, and he’s the one that got me to start playing lacrosse. I wouldn’t be where I am today without him. During COVID, we worked out every single day together. That summer was the summer of recruiting season, and I was in the best shape of my life, so I probably wouldn’t have been recruited by all these schools if it weren’t for my dad.”

As her final high school season winds to a close, Davies has one definitive goal for she and her Wayne Hills teammates. “I want to win another county championship,” she says. “We’ve won two (2019 and 2021), and I wish we could have won our sophomore year if we had a season. It would’ve been great, but I think winning three out of three is a big deal.”