For the second time in 5 years, the Wayne Police Athletic League (PAL) has been selected as the spot to host the Cal Ripken 11-year-old State Baseball Tournament.

The dates for this year’s tourney will be from July 2 – 9, 2020. Towards the end of June, district tournaments will begin, with each winner advancing to the state tournament. The top 11-year-old players in New Jersey will compete for the title, and the winner will proceed to the Regional Tournament on July 18th.

The ultimate goal? The opportunity to compete in the Cal Ripken Major70 World Series, which will be held from August 6 – 15 in Branson, MO.

The Wayne PAL was notified of its selection in early November.

“It’s a regular tournament, much like little league,” says Wayne PAL Executive Director, Steve Schiffman. “Cal Ripken is a part of Babe Ruth baseball (Babe Ruth League, Inc., www.baberuthleague.org), and we’ve been a member of Babe Ruth baseball for many years. Every year they have tournament hosts, and we’ve applied in the past – we’ve had it once before – and we were selected again.”

Schiffman realizes the spotlight that is put every year on the annual Little League World Series, but also states the value and importance of Babe Ruth Baseball. “Babe Ruth baseball and Cal Ripken Baseball – it’s a national organization. It’s very similar to Little league, but unlike little league we don’t get as much national attention. Little league gets a lot more attention. But there’s a regular tournament trail: you have your districts, then you have your states, state winners go on to the regionals, and the regionals go on to the World Series, and the World Series is televised as well in the middle of August.”

The Wayne PAL has five baseball fields as part of their complex, which can certainly handle the wealth of superb 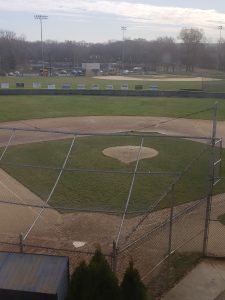 young players and their teams who will take part. For Schiffman, the main challenges of hosting the week-long tournament will be getting the schedules together, but perhaps the most significant is one he or no one can control: the weather. “I’ve been running tournaments for so many years, there’s not many challenges I have because it’s somewhat second nature to me. The main challenge is obviously the weather. That’s the biggest challenge. They (Babe Ruth Baseball) handle the tournament trail as far as the teams that are going to compete – they (the teams) have to win their district and advance to the state level – and once they get to the state tournament, I obviously have to put a schedule together and get that approved by the state association. Then, we have to get volunteers to help groom the fields and keep score and monitor it, and then we schedule the umpires out with the assigners, and then we hope for good weather.”

Those who wish to volunteer for the weeklong series of games can contact Schiffman at steve.schiffman@waynepal.org. A visit to www.waynepal.org will yield more information as well.