Wayne Robotics Team Builds Robots for Competitions All While Giving Back 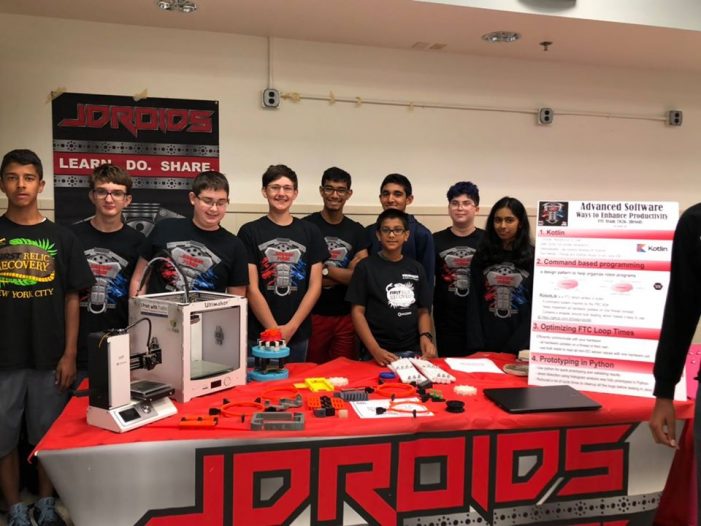 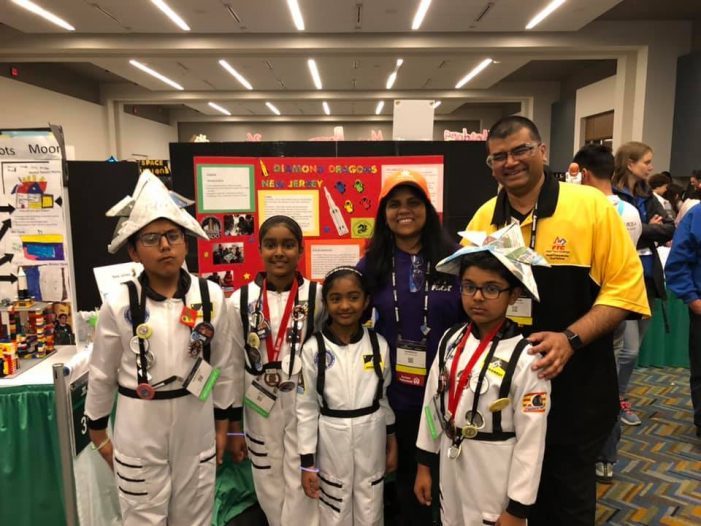 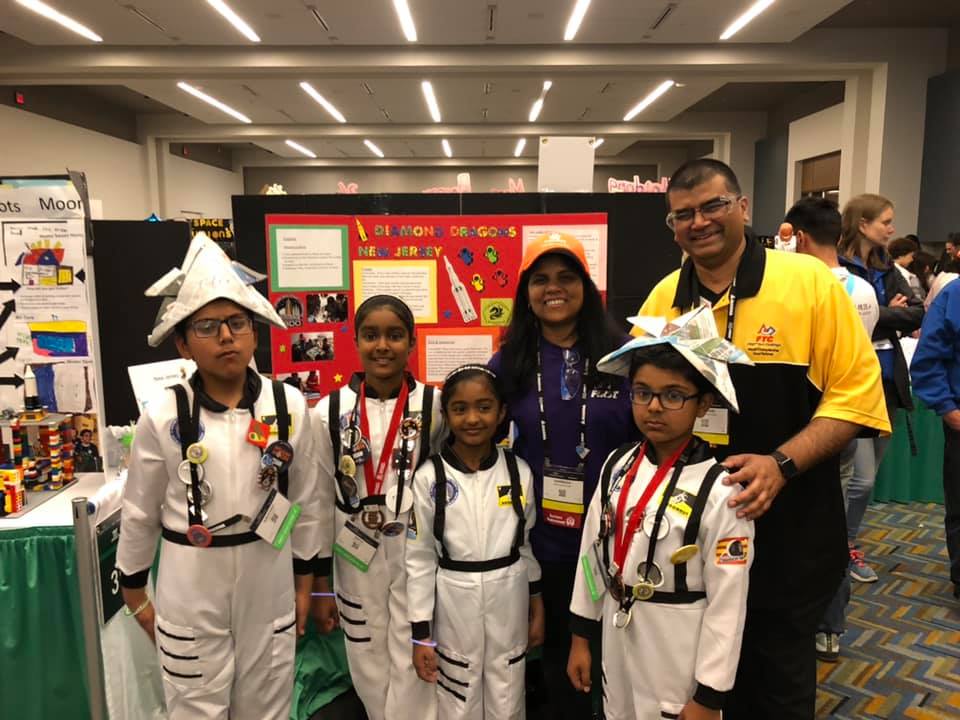 JDroids is a 501c3 non-profit robotics team from Wayne, comprised of 15 hard working, intelligent preteens and teens, including a few females. The team ranges from grades seventh to 11th, all of whom work together to build a robot for competitions while making a difference in their community.

In addition to designing, programing, and building a robot to compete in local, regional, state and possibly the World Championships in the US, JDroids teaches people about technology, including robotics.

It’s part of the JDroids inspiring motto: Learn. Do. Share.

JDroids, who are celebrating their 10th year anniversary this year, and work out of Totowa, held a number of instructional events in 2019, including teaching residents at an assisted living facility, according to James Giotis, who serves as a mentor to the team.

Giotis said that the kids help students and adults alike to overcome their fears of technology, especially the elderly. But, in turn, the assisted living residents taught them important life lessons. It was a win-win situation for all.

“Last year, we did over 100 events teaching people about technology,” said Giotis, whose son is a member of JDroids. “The residents also taught them about their lives. It was rewarding for both sides. They (residents) were talking about it all day long, and they want us back.”

Giotis said members of JDroids are truly invested in the team, putting in 8-10 hours a week to build the competition robot on top of the regular schoolwork.

The JDroids first goal is to be one of nine teams, anywhere from 50 to 72, at the New Jersey Championships, on March 15th, to qualify for the World Championships of the first robotics competition at Detroit’s Ford Field. The event takes place from April 29th to May 2nd.

To keep the team operational, however, they have to conduct fundraisers and reach out to local sponsors to support their year-long program, which includes costs of competition admission fees and the robot, which can run about $5,000, per Giotis.

Giotis said that just building a robot, from soup to nuts, is only part of the equation. The JDroids team has to document everything that they do while constructing the functional automation.

“They have to build the robot, based on the year’s theme, on what it (specifically) needs to do. That includes writing computer code.” Giotis explained. Plus, “They have to document their outreach, from the beginning of the season to the day of the event. Their (log) book continues to grow as they document everything they do as a team — development of the robot, your methodology of the robot.”

Giotis said that the entire experience of JDroids has been a huge confidence builder for adolescents who otherwise don’t fit in elsewhere.

“Some are very shy, but this (JDroids) helps them break out of their shells, because they’re around people like them,” he noted.

Case in point, Giotis said after being nominated for one of seven awards at last year’s World Championships, the JDroids group was on cloud nine, lifting their collective spirit beyond belief.

“They were thrilled about being nominated,” Giotis said. “I’m so proud of them, and just to be associated with them.”