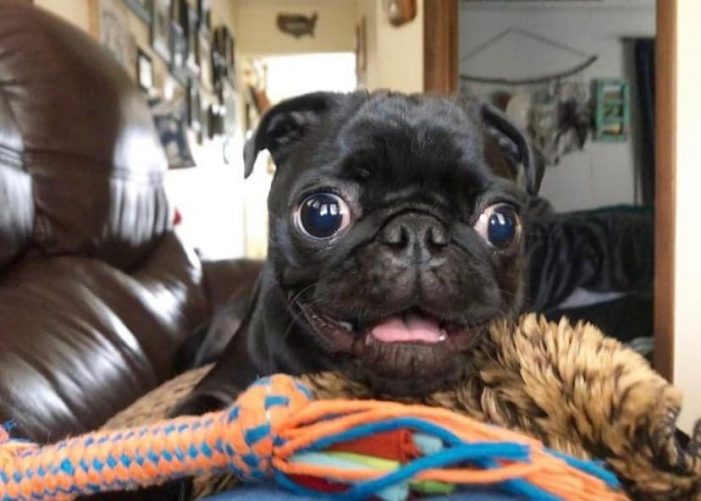 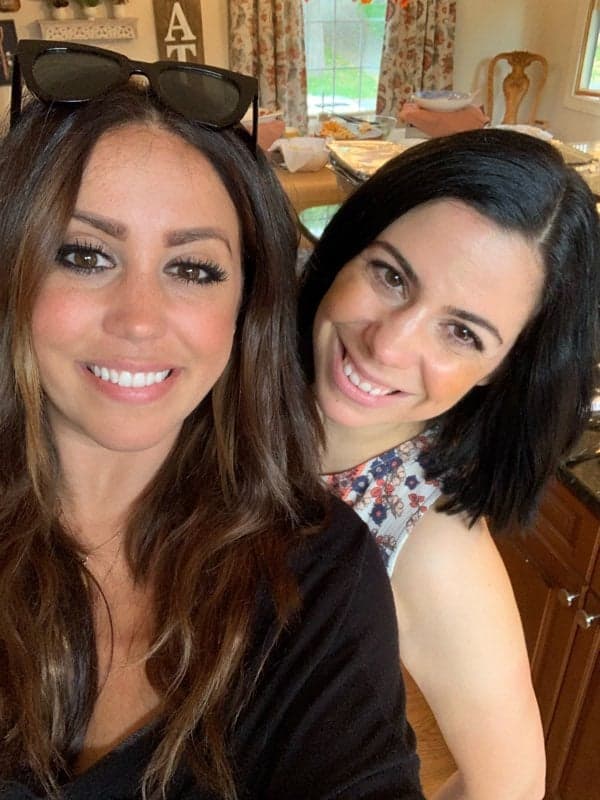 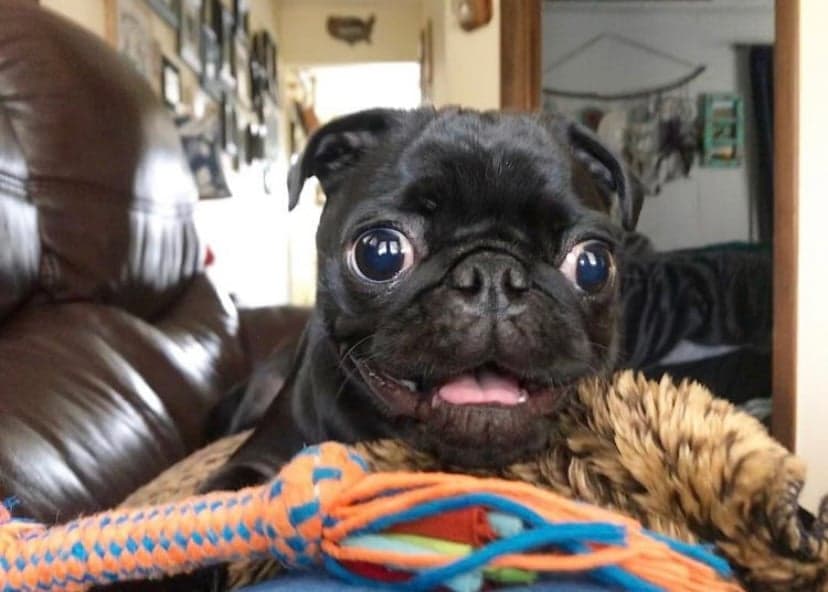 “My Daisy – I’ve never had a dog before in my entire life until my husband surprised me with her on my birthday about four years ago,” says 37-year-old Amanda Tasca. “And I’m literally obsessed with her. She’s a little black pug, she’s like my shadow.”

A true Guardian Angel, for both Tasca and her older sister, Wayne resident Amy Niosi.

“Honestly, I really didn’t think it was anything,” says Tasca, referring to the evening when Daisy had jumped on her chest while she was lying in bed. “It startled me because where she had hit had hurt, and when I had grabbed myself, I said, ‘Oh, that’s weird.’ There was a lump there, and I was feeling around,  and (I noticed) it was a little bit bigger of a lump.”

The day prior to Thanksgiving in 2019 it was confirmed that Tasca had breast cancer, and it was the only time she cried. “Most of all I was scared. My father was diagnosed with prostate cancer when I was 15, and he wound up passing (away) about two years ago. I just didn’t know what to think; hearing that word was very scary. Since I hadn’t dealt with it myself, I didn’t know what the extreme of my diagnosis was. I didn’t know if it spread. I cried because I felt bad for my mother, because now she had to deal with this with her daughter. It was basically the fear of the unknown.”

When Tasca told Niosi, 38, that her breast cancer had been confirmed, her older sister thought she might have it as well. “I just intuitively had that sinking feeling,” she recalls. “I had just had my son, John. He was born on July 6, 2018. I was at the doctor all the time between ultrasounds and checkups and I had no real reason to think I had any type of cancer, let alone breast cancer.”

After Niosi and her husband had hosted Thanksgiving, everyone departed, and she was on the couch with her daughter later that evening watching How the Grinch Stole Christmas. She explains, “I was just wearing pajamas. I wasn’t wearing a bra, and that’s pretty crucial, because I was able to feel the lump because it was at the top of my breast. I freaked out. My mom at that point had moved next door, so I literally ran over and cried, “Oh my God  – I feel a lump, too!’” Shortly thereafter, she got checked. “It was, in fact, breast cancer. Unfortunately, mine spread to the lymph nodes.”

Tasca underwent a double mastectomy and had breast reconstruction done. “I see my oncologist every month and they do blood work. I just hit the year mark for my surgery – I had my surgery on Valentine’s Day in 2020.”

Niosi’s road was more difficult. “I needed chemotherapy, and I had chemo from January 2019 until April 2019. And then, in June, I had the double mastectomy, and shortly thereafter I had the radiation.” She is planning on getting breast reconstruction and implants.

There are two key messages here for women. “I think it’s extremely important – life saving important,” says Niosi of the importance of getting a breast exam while in your 30s and prior to the age of 40. That’s first.

And then there’s the bond of sisterhood. “Amy is like the best sister ever,” says Tasca. “She always has the best advice, she’s hilarious, she’s kind, she’s caring. And I’m thankful that I had been diagnosed first because Amy and I have very different ways of dealing with major things. I kind of live in my little bubble. I kind of like to see the upside of everything. I don’t tend to let things bother me. So, when Amy was going through it, I think it was helpful that I had literally been through almost the exact same thing. I was able to kind of give her my experience and advice and let her know what to expect. Amy and I are we’re only 16 months apart, so we’re very close.”

Niosi expresses her gratitude for Daisy and Amanda. “Absolutely, Daisy, for getting my sister’s attention, because without that, I am very confident there is no way that we would have known. And yeah, my sister – absolutely. Neither of us wanted the other one to go through it (breast cancer), but I think absolutely that helped us through. We had each other to kind of lean on.”