We Are Not Helpless 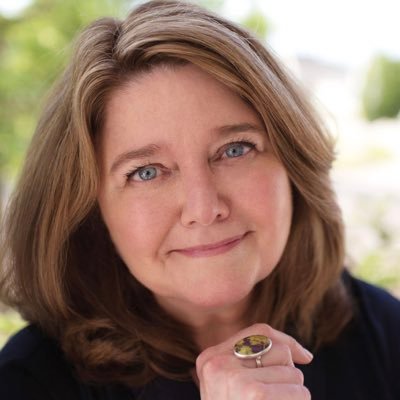 We Are Not Helpless

One of my earliest lessons as a columnist came after I wrote about a tip jar that wasn’t.
In 2004, I was standing in a coat-check line in Cleveland after a big event for a charitable group, watching one of the middle-aged women who had served our meals as she now stood behind the counter handing people their coats. A large glass jar marked “TIPS” sat on the counter to her right, and it was filled almost to the brim with cash, most of it in bills.
It was clear the woman was tired, and yet she managed to smile to every person in our long line. When it was my turn, I handed her the tag for my coat, pointed to the jar and said, “Well, at least you get a decent amount of tips for standing here.”
She shook her head and said, “Oh, we don’t get to keep those.”
I thought I misheard her. “What?”
“We don’t keep the tips.”
“Who does?” I asked.
“Management.”
Here’s the lesson I learned from writing a column about that: Most people are inherently good and want to do the right thing, but they don’t believe they have the power to change the world.
They’re right that no one person can change the world. But each of us can make a big difference in it, one small act at a time. When I wrote about that tip jar, I included managers’ assertions that nobody cared who keeps the tips.
Boy, were they wrong.
Public outrage was swift, and transformative. Thousands weighed in — with me and with a local Cleveland radio station that made the column the morning drive-time topic. Before noon that day, the party center had changed its tip jar policy. For weeks, readers called and emailed to share stories about how they had inquired about tip jar policies on bars and counters across the city. The overriding theme of their messages: I can make a difference.
Just as rewarding was the steady stream of responses from servers across the country. When you stand up for those who remain silent for fear of losing their jobs, word travels fast.
Those messages, from servers and the public, have never stopped. I could write a column every week about another manager skimming tips left in jars or on charge cards. Every time you’re willing to ask, “Do you get to keep this tip?” you’re letting an hourly wage earner know you see them, and you care. Who among us wouldn’t be uplifted by that?
On Tuesday evening, I was reminded of that long-ago tip jar as I interviewed former U.N. Ambassador Samantha Power on stage in Cleveland. The event was sponsored by the Cuyahoga County Public Library and The City Club. The sold-out crowd was eager to hear from Pulitzer Prize-winning Power, who is on tour for her new memoir, “Education of an Idealist.” It is a brave, and sometimes raw, chronicle of her life and her career, and I recommend it to you regardless of what you think of the Obama administration.
During our interview, Power talked about the emboldening concept captured by the phrase, “shrink the change,” a concept she first encountered in the book, “Switch: How to Change Things When Change is Hard,” by professors Chip and Dan Heath.
Power, writing about how this concept kept her hinged to hope during her time in the Obama administration:
“Even committed, motivated people felt overwhelmed by the gravity of challenges in the world, from climate change to the refugee crisis to the global crackdown on human rights. I worried about individuals experiencing a kind of doom loop in which, because they could not single-handedly fix these large problems, they would end up opting to do nothing. Whenever my own thoughts about the state of the world headed toward a similarly bleak impasse, I would brainstorm with my team about how we might ‘shrink the change’ we hoped to see…
“Sometimes human achievements were big and sweeping — like helping end the Ebola epidemic. But more often, the changes we as individuals were able to make in the world were smaller. ‘Even if we can’t solve the whole problem,’ I would say, ‘surely there is something we can do.'”
One of the most common grievances I hear from friends and strangers alike these days is that they feel helpless in the face of so much that is going wrong in the world, and in our country. As a dear friend said to me last week, “The bigger the crisis, the smaller I feel.”
Again, I thought of that tip jar. Another lesson I learned back then: There’s no such thing as a small kindness, and there is always something we can do.
Connie Schultz is a Pulitzer Prize-winning columnist and professional in residence at Kent State University’s school of journalism. She is the author of two non-fiction books, including “…and His Lovely Wife,” which chronicled the successful race of her husband, Sherrod Brown, for the U.S. Senate. Her novel, “The Daughters of Erietown,” will be published by Random House in Spring 2020. To find out more about Connie Schultz (schultz.connie@gmail.com) and read her past columns, please visit the Creators Syndicate webpage at www.creators.com
COPYRIGHT 2019 CREATORS.COM