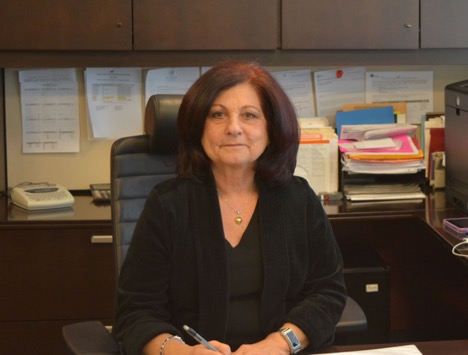 Barbara Longo, the long-spanning superintendent of the West Essex School’s district will step down from her chair at the end of the 2019 school year. Superintendent Longo’s career in education administration spans over 36 years, including 8 years of work in the Nutley school district, and most notably, her 28 year-run under the West Essex district.

Superintendent Longo described her feelings of retirement as “very mixed,” as she cited there would be so many people that she would miss working with, and much more work she would still like to accomplish.

Superintendent Longo’s motivations behind her involvement in education administration began with her initial attendance at Montclair State University, where she first entered the school as a business major. However, following volunteer work at the high school on the exact campus of Montclair, Longo quickly shifted her career focus into education.

Longo’s career in the West Essex district began as a school librarian. She would eventually transition into a technology coordinator, optimizing the libraries with newer efficient technologies, in benefit of the students in the West Essex district’s advancement in education. Longo’s committed to raising the quality of learning environments for students would lead her into the role of being a school principal, a role to which she held for 9 years. Longo’s performance as principal eventually lead her to become the superintendent of the West Essex school district.

As superintendent of West Essex schools, Longo was the forefront for programs such as the WE Connect program, focusing on at risk students, and providing these individual students with an alternative education system. These alternatives promoted better attendance with the students, along with a higher standard of academic quality from each of the participating students. According to the New Jersey School Boards Association website, the WE Connect program offers “an alternative instructional model” that identifies student issues from psychological, behavioral, and medical viewpoints, offering all students a route of education, and equal learning opportunities for those students that necessitate further support.

In addition to Superintendent Longo’s commitment in providing an education model for all students of West Essex district, she would also lead the initiative to higher security standards within the West Essex schools. When considering the issues of security, especially under last several years within local schools, it is important to notice how our local education figures have taken their part in providing a safe environment for all students to learn in; a responsible initiative that has followed suit with all local public schools within the state.

While focusing of the educational atmosphere for students, Longo expressed her long standing commitment to the literal environment of the West Essex school campuses. Longo spoke about the importance of keeping the campus well maintained, and kept in wonderful presentation for students to feel more comfortable while exploring the campus. The superintendent spoke proudly of maintaining the campuses, and allowing the students to have a cleanly campus that promotes thought and freedom.

“My heart is here,” Longo stated. The superintendent spoke about living in the West Essex school district, while raising her children, as well having them attend schools under the district. On subject of her family, Superintendent Longo’s plans for retirement begins with “Taking the summer,” as she would state, with plans on enjoying more quality time with her grandchild.