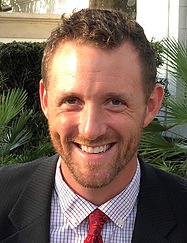 For former West Morris Central science teacher, building and engineering things has been something he has always enjoyed. Jay Herrigel, a physics teacher from 2004-2016 at West Morris Central (and a 1997 alum), recently created a new app that is available on the Apple App Store and Google Play.

During his time as a physics teacher, Herrigel was also the track and field coach at the high school. He noticed that many of his athletes had the desire to want to get a part time job while in school. Herrigel admired their quests but also understood the needs of the track and field team. For many athletes, balancing schoolwork, the demands of a team, and holding down a part time job was just not possible.

“While I was teaching, I always kept a journal of ideas that would pop up. I kept track of these ideas and one of the ideas I had was how to help my athletes who wanted a job. They would constantly need to leave practice early for a job that had concrete hours or a crazy busy schedule. I started out with just high school kids and college age kids who needed to find flexible work,” Herrigel said.

Handz for Hire was established after Herrigel decided to make life easier for the youth who so badly wanted a part time job, but needed the flexibility to still be an athlete and a student. The goal for Handz for Hire was simple; connect those who wanted a job with those who had a job available. The app is now not just for high school or college age kids though, anyone can post or accept jobs.

“The app is great for stay at home parents, we have retired people who are looking to get out and meet neighbors and 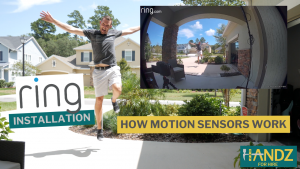 help their neighbors out. We’ve got neighbors that have really great skills and have done really cool things through the app,” Herrigel said of his audience who downloaded and use the app.

The app is set up in an easy to use format. Members of the community can either lend a hand or need a hand. When lending a hand, the person has a way to respond to any jobs posted in their area, while needing a hand lets people post jobs that they may need help with. The simple user friendly app is a great way for the community to get help, without having to hire a major contractor for a simple job that someone around the corner can take care of in half the time.

After leaving his post at West Morris Central in June of 2016, the Herrigel family moved to Florida when Jay’s wife, Dana, got a job offer that she couldn’t turn down. While Jay is no longer teaching, he has embraced his new venture as both a stay at home dad and small business owner with open arms.

“I feel like I have learned an entire new set of skills and I have put in thousands and thousands of hours in trying to develop this app. I’ve learned so much along the journey of creating this app. When you look back over the last two years that I’ve been doing this, in hindsight you say, I would have done this differently. If I started again with all the knowledge I have learned in the last two years, I would be on a completely different path with the app,” Herrigel said. 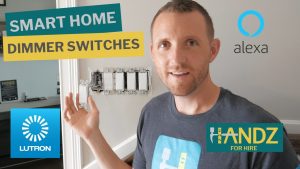 Jobs on the app include but are not limited to moving furniture, babysitting, painting, handy work, yard work, mounting TVs, and more. While the app mainly has jobs posted in the Jacksonville, FL area, Herrigel and his team are hoping to expand the job market area in the next few months.

“We have gotten to the point where I want us to grow to the next level, but we just need some help to do that. We have about 1,000 people in the database right now in the greater Jacksonville area who post and respond to jobs. We are working on going to a national level and we are currently looking to have someone as a strategic partner. We need help to create a 2.0 version of the app and we’re looking for someone who has expertise in scaling up the size of the app itself,” Herrigel said.

The future of the app is moving in an overall positive direction, according to Herrigel. Herrigel also puts out weekly YouTube video tutorials on how to fix common problems around the home. For more information on Handz for Hire, visit www.handzforhire.com or follow them on YouTube at Handz for Hire. Handz for Hire is available for download nationwide on the iOS Apple App Store and Google Play.