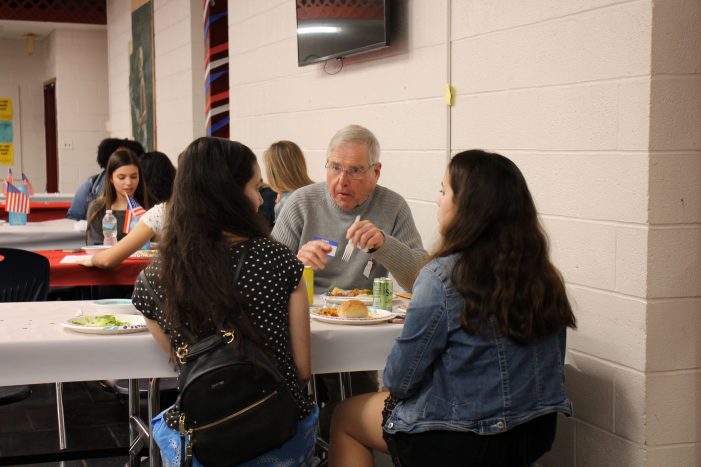 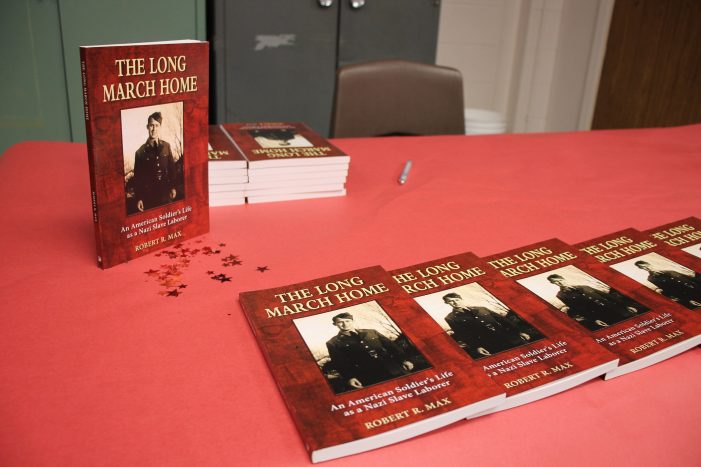 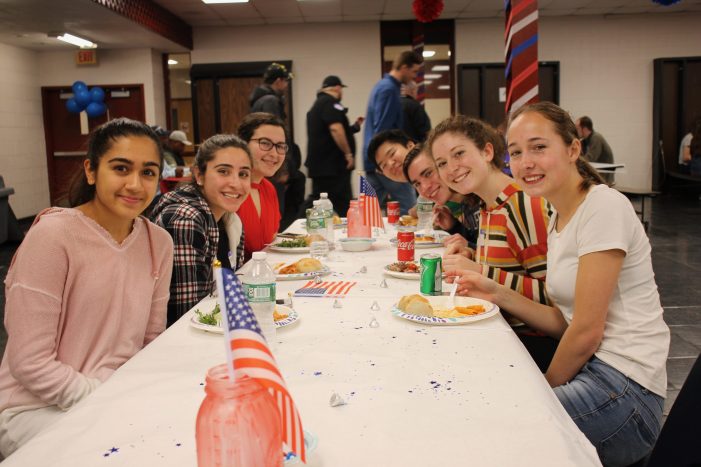 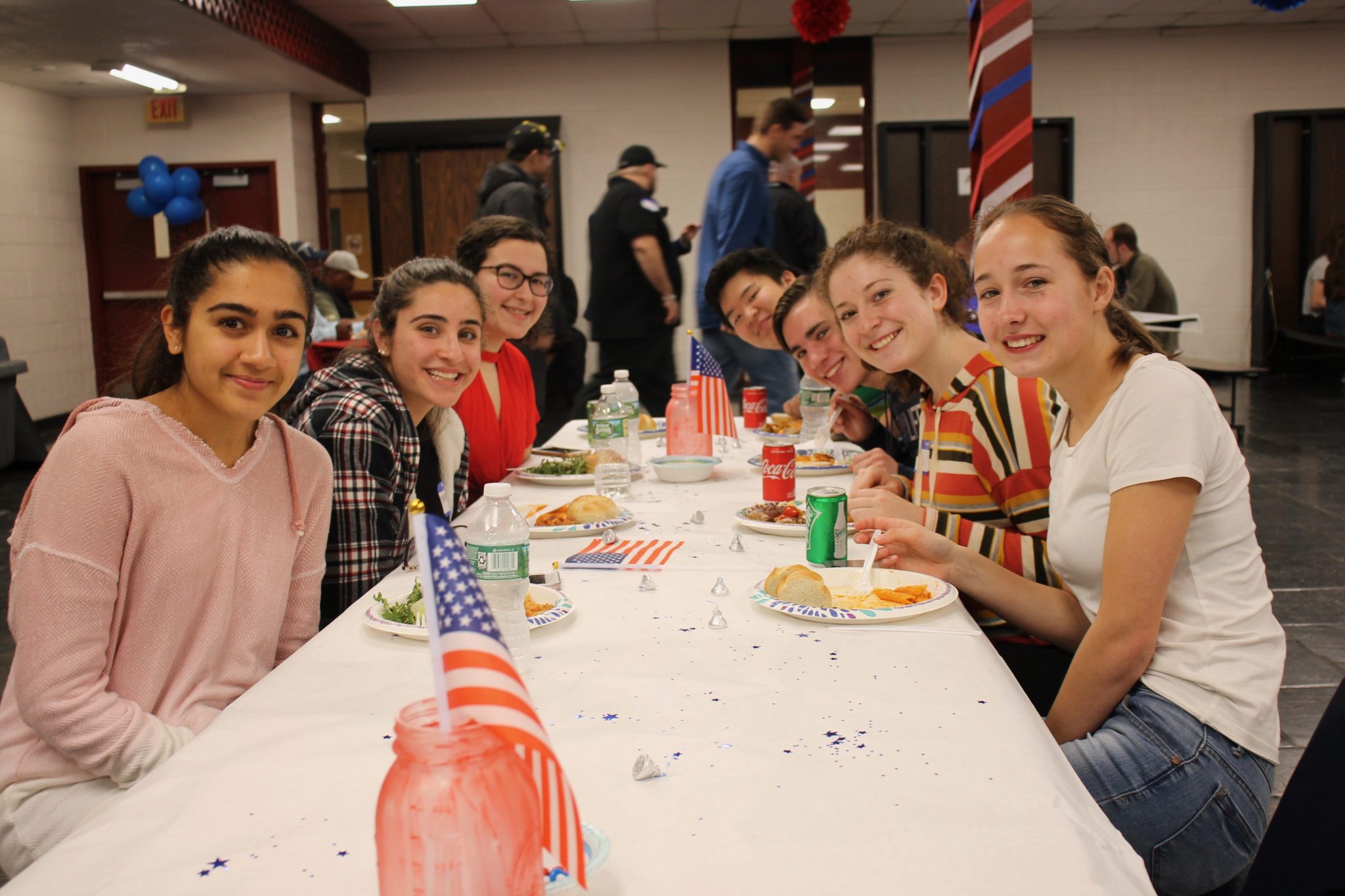 Then again, thank the West Morris Mendham High School teachers who taught and the junior class English students who read and were inspired by Tim O’Brien’s The Things They Carried, a book about a platoon during the Vietnam War.

“The English teachers got together and discussed ways that we could have the students carry their understanding beyond the curriculum and into their daily lives,” says Alyssa Shannon, an English and Journalism teacher at the school. “The students expressed an appreciation for the men and women serving our country and felt inclined to honor the virtue of service to others and give back to the Veterans of the community.”

Vietnam Veterans Bob Johnson and Cliff Miller, who spoke to the students during a late January presentation, paved the way for a Friday evening, March 8th, “Feed the Heroes” dinner event, with keynote speaker Robert R. Max, a WWII soldier, believed to be the last living American soldier to have escaped and survived Nazi slave labor during WWII. 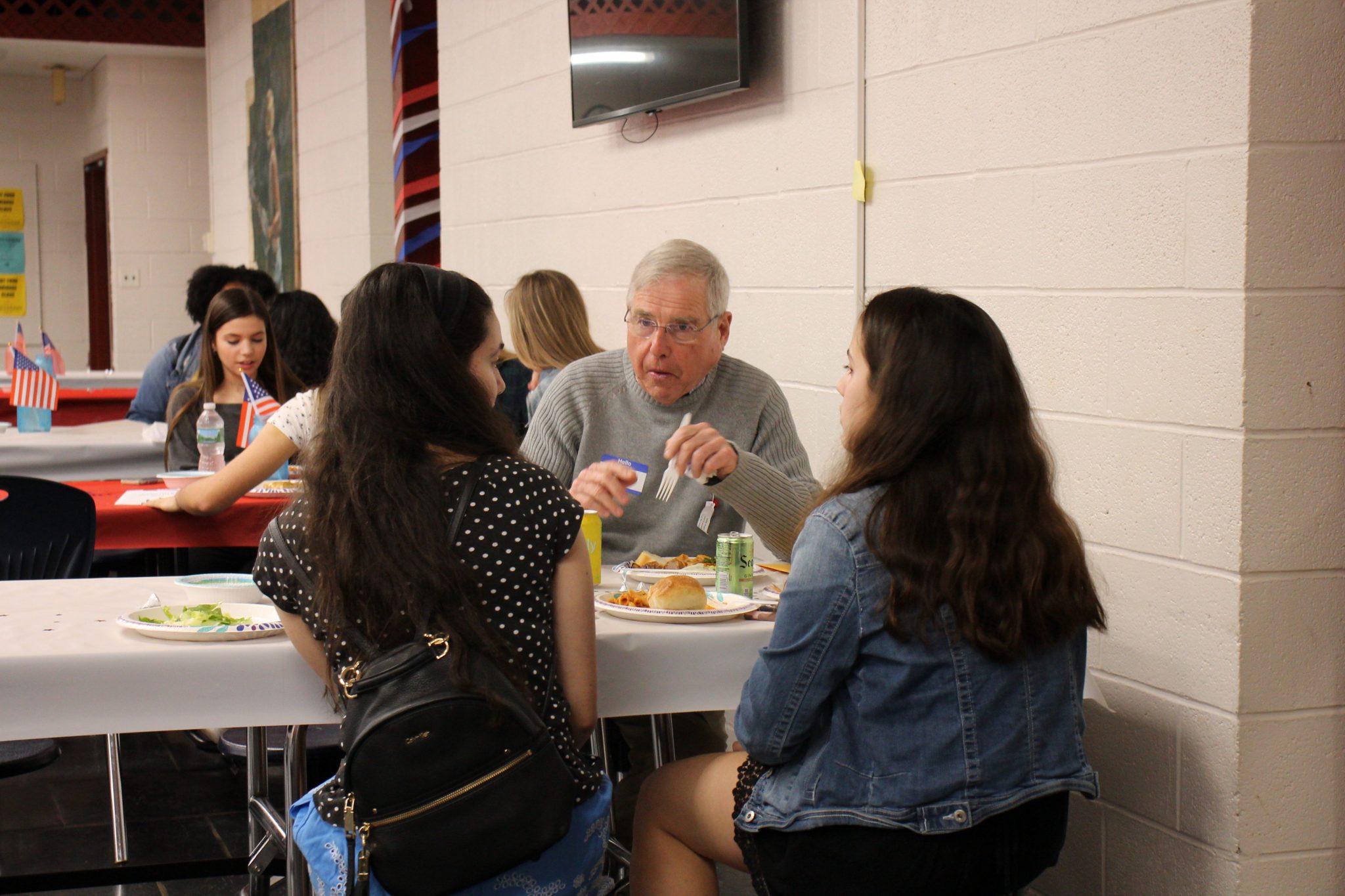 recruits, and service men and women with the help of Operation Gratitude. Then, in January, Laura Pereira (one of the Junior English teachers), organized for students and teachers of Mendham and Central to put together care packages for Backpacks for Life, an organization that supports homeless veterans.” Mike Boll, one of the School Resource Officers who also is the Director of the New Jersey Veterans Network and was a United States Marine Corps Veteran, contacted two Vietnam war veterans, Bob Johnson and Cliff Miller, who shared their stories in small presentations in the auditorium to the students. “Students were privileged to hear their stories and ask them questions,” continues Shannon. “When students expressed further interest in giving back to veterans, Officer Boll suggested hosting a ‘Feed the Heroes’ event. Our students were ecstatic about this opportunity and really made it happen. Officer Boll had the connection with Robert Max and invited him to be our keynote speaker.”

Per Shannon, Max’s story is preserved at the U.S. Holocaust Memorial Museum in Washington, D.C., the National World War II Museum in New Orleans, and in his memoir, The Long March Home: An American Soldier’s Life as a Nazi Slave Laborer. “That evening,” says Shannon, “not only did he share his story, but he also brought his medals, a notebook, and other personal items from WWII. He also spent a considerable amount of time with students during the dinner portion while he signed autographs and took pictures.” 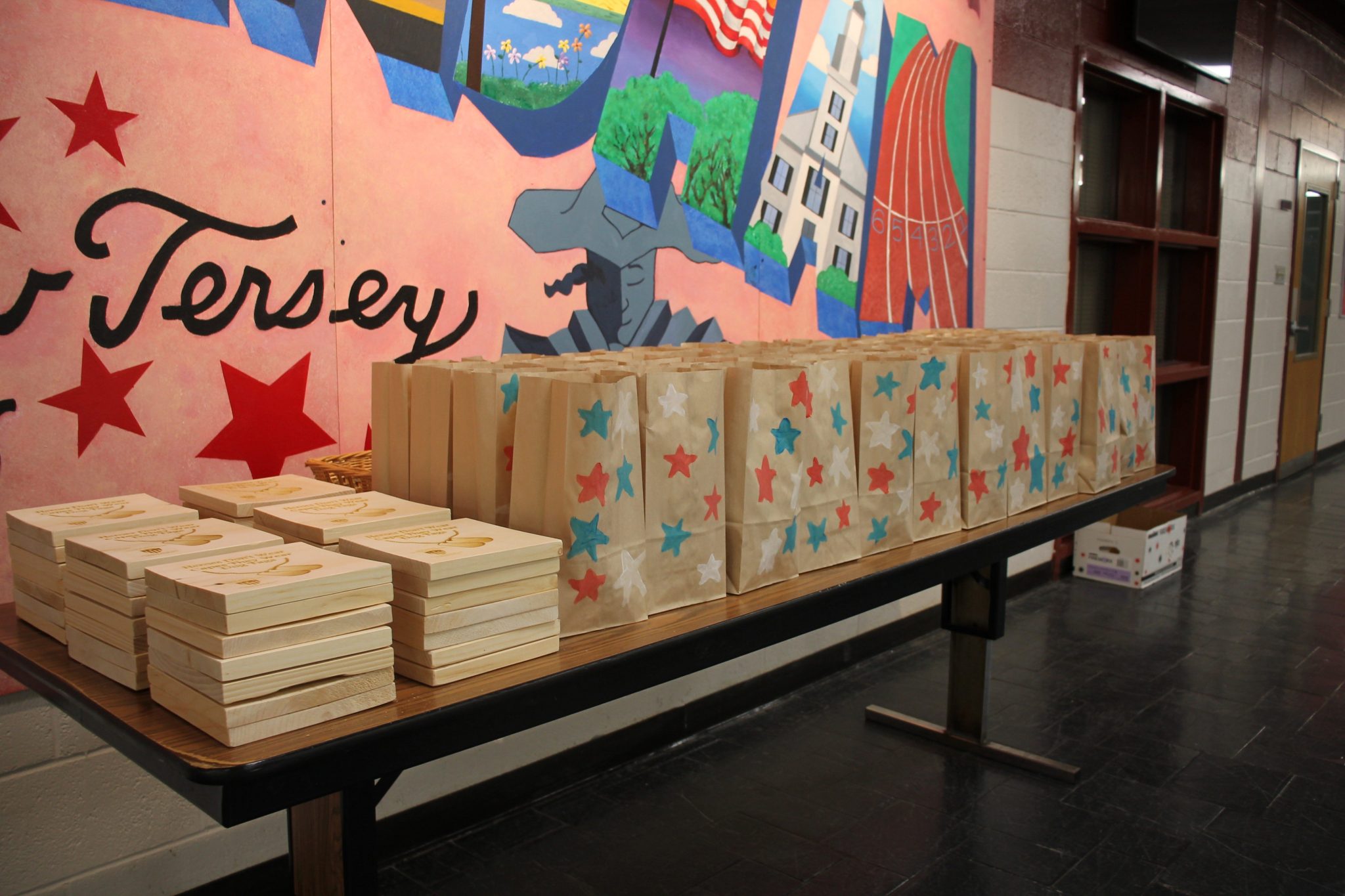 “The whole experience was an intergenerational celebration of service, selflessness, learning, community and humanity,” West Morris Mendham High School Principal Steve Ryan says. “It was important for the students to experience the value of giving back as a community to thank those who are selfless and fight for our everyday freedoms. Getting the community together behind this event highlighted the collective spirit of giving back and emphasized how not just the students, but the whole community was supportive of and thankful for the sacrifices these veterans have made. This event was meant to be community centered and to showcase the very people who protect our community.”