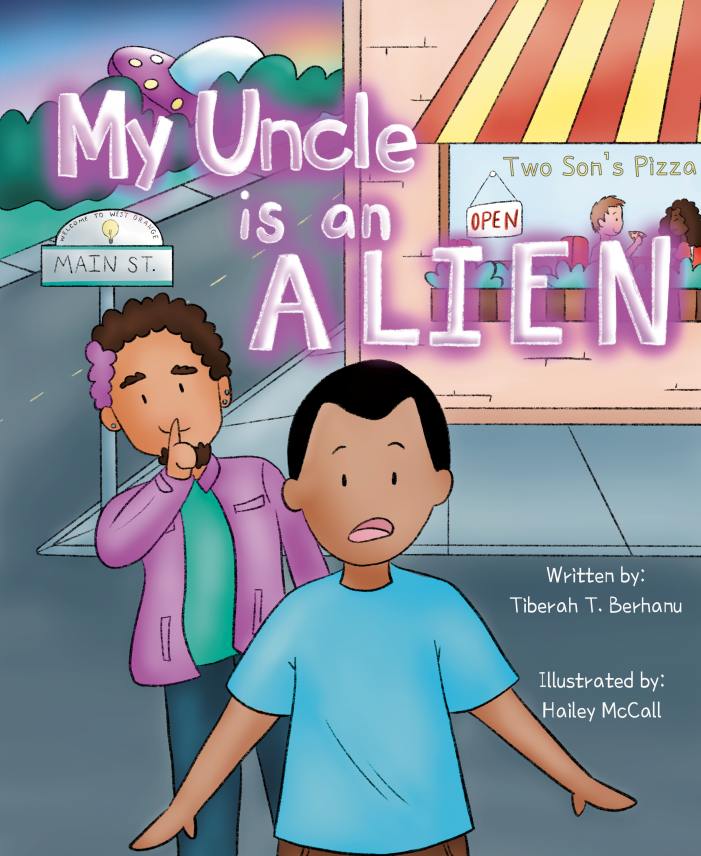 Accepting others for who they are is a beautiful thing. For one: stop making them feel they’re not enough. 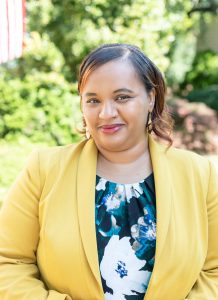 Just ask Tiberah Berhanu, whose first book, “My Uncle is an Alien” addresses the importance of ditching judgment and expectations.

“I believe we are surrounded by inspiration; just have to be in tune to pick them up and act on them,” she says of her dream to become an author.

According to Berhanu, the book evolved from her son’s concern.

“Biruk overheard his uncle and I discussing his citizenship application and the word alien. The next morning, he looked worried and asked me if his uncle was an alien,” Berhanu says his sheer innocence and curiosity were magnified in that moment.

She hopes the book reminds children and adults that others have a right to be their own unique selves, no matter how they may look or even if they dress differently, much like how Eli (the book’s main character) accepts and embraces his uncle.

While living in Jersey City, Berhanu used to attend church in West Orange, where she fell in love with the city and used to say, ‘someday (I’ll) move here.’

She soon did — and loves the welcoming and diverse atmosphere.

The cover of the book features West Orange’s Main Street and the author says it was also important for her to include Kelly Elementary (where Biruk attends); there’s something magical about the school.

“I think it has to do with its famous alumni: Mark and Scott Kelly, whom the school was named after,” Berhanu says she reached out to the twin astronauts for permission to include their likeness but didn’t hear back in time. “I decided to include an African American female astronaut and an Indian male astronaut. I wanted children to be able to see themselves in the story.”

And Biruk’s teacher at the time, Miji Lee, inspired the name of the teacher, Mrs. Kind –- in the book.

“Although he was on Zoom that year, and Mrs. Lee was new to Kelly Elementary, she was transformative in her approach to teaching,” says the author.  “She left a lasting impact on not only my son, but me as well.”

Berhanu calls it special to be able to share her story with others, especially reading her book to second and third graders at the school, an experience she will never forget.

“To see their faces light up as I walked in the room, especially seeing the page (in the book) where their school was featured was priceless. I told them things I felt they needed to hear –- to read every day, and listen to their teachers and parents/guardians.”

Books opened so many worlds for the author (she is living her dream) and says if the students stay focused, they too can become an author, doctor, scientist.

Born in Ethiopia, Berhanu came to America at age six not knowing any English, was taken from the first grade and moved to kindergarten.

“I remember being in my room for hours practicing reading. When I finally learned –- I became lost in books like Charlotte’s Web, The Lion, the Witch and the Wardrobe; and my favorite, The Indian in the Cupboard. Books provided an escape as they transported me to different worlds,” she says.

Reading developed into storytelling, and she would write short stories and poems. In grade school, Berhanu even gifted her art teacher, the late Paula Ann Correa, with a book of poems the author wrote especially for her.

“Those early years gave me the foundation to build on my craft,” she says. “My upbringing always taught me to be inclusive and sensitive to other cultures.”

Her goal is to publish another children’s book. Then, she wants to finish the book she wrote about returning to Ethiopia after 20 years living in America.

“It’s a story I have long wanted to tell,” says the author.