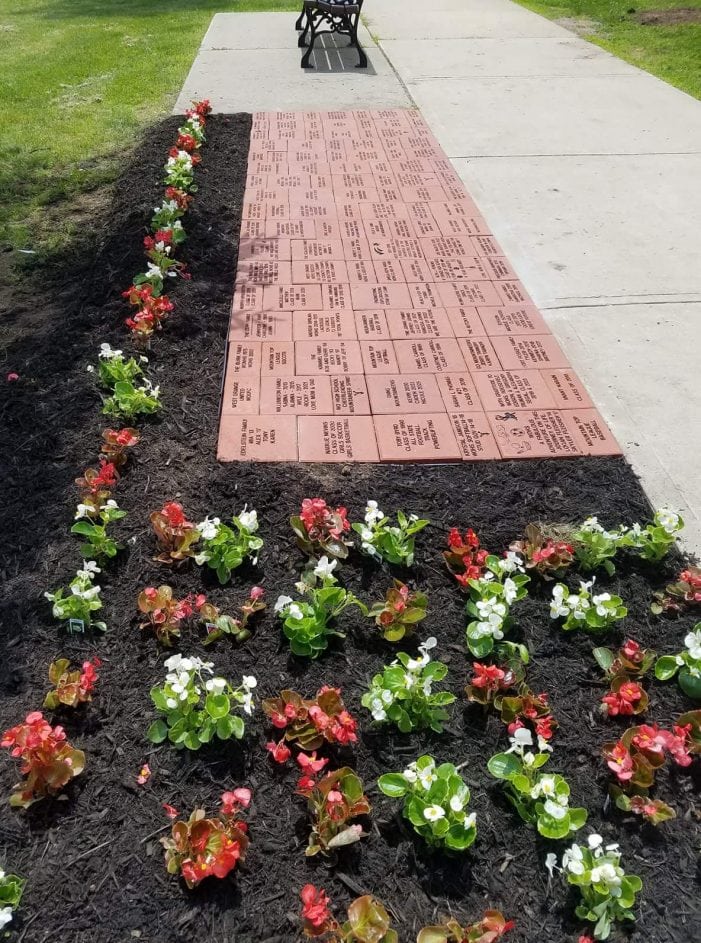 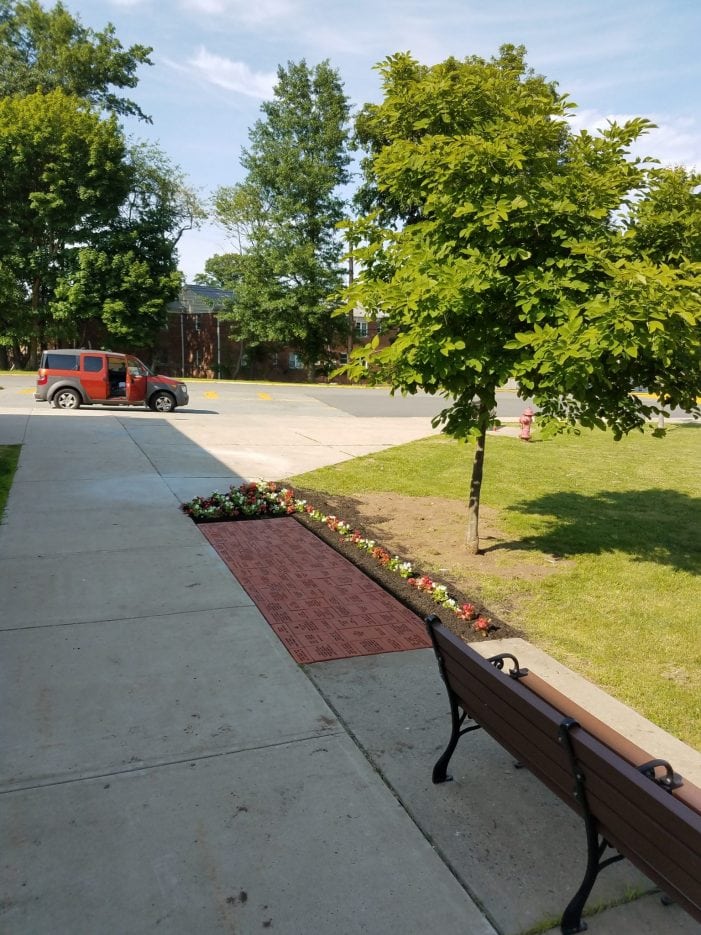 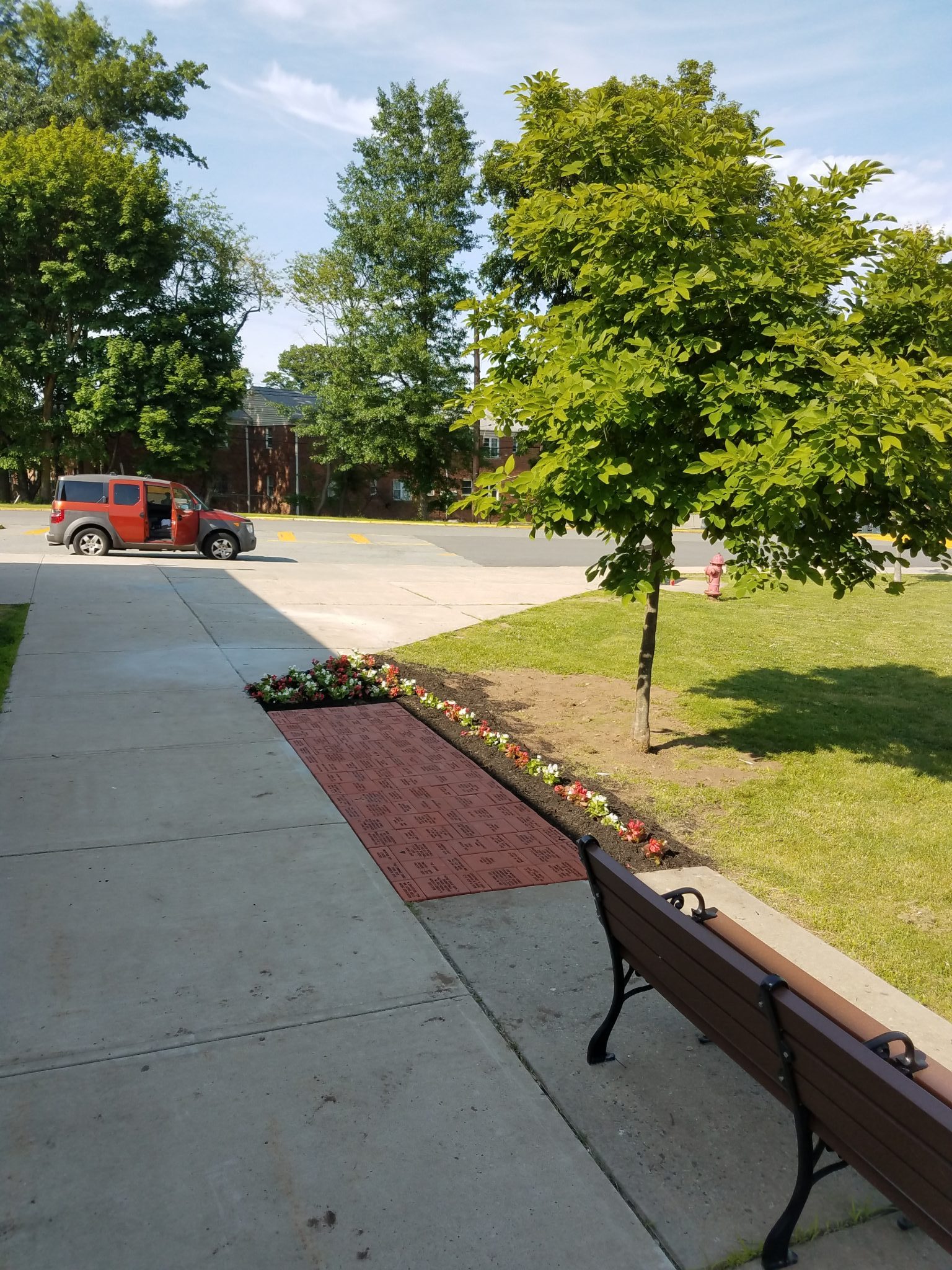 Palmucci said fundraising at the high school level is challenging, and that the PTA “does not do any fundraising per se,” because every sports team and club is also doing the same. However, this past school year, the PTA made a decision to move ahead with a fundraiser to help support students, clubs, scholarships, trips, initiatives, teachers’ grants and school community programs.
PTA Fundraising Chair Lori McCollum proposed the sale of customizable, personalized bricks in an ongoing, year-to-year fundraiser to create a walkway on the Conforti side of the building leading to the athletic fields. The PTA executive board embraced the idea, as did Principal Hayden Moore.
“Principal Moore was very excited to have a walkway that would lead from the parking lot up to the sports fields and to have a place for students and families to leave their mark at West Orange High School,” Palmucci observed.
Palmucci added that despite this enthusiasm, getting started on the project took longer than expected and involved several preliminary steps. These steps included obtaining two construction permits from the Township of West Orange, as well as back-and-forth negotiations and discussions with the company that would produce the customized bricks.
Once the hurdles were cleared, the bricks went on sale to anyone who wished to purchase them including students, families and businesses, at a special “early bird” price in effect from April 18 through May 4. About 150 to 175 bricks were sold during this period, with 4 inch x 8 inch bricks available for $60 and 8 inch x 8 inch bricks available for $100.
Abraham and Sons, a local company, laid the initial portion of bricks in early June, and the PTA filled in the surrounding area with mulch and plants in time for the ribbon-cutting ceremony.
“We will continue the Legacy Walkway fundraiser starting in September through October and hopefully lay the next set of bricks in early November,” Palmucci noted. “Then, we will reintroduce the fundraiser in the spring and lay another set of bricks in June.”
When the fundraiser officially opens come fall, orders for bricks will be available online only, at www.woboe.org/walkway. Prices will be $75 per 4 inch x 8 inch
brick and $100 per 8 inch x 8 inch brick.
Palmucci said overall response to the fundraiser and the concept of the Legacy Walkway has been very positive.
West Orange Mayor Robert Parisi, who attended the ribbon-cutting ceremony, said he is not surprised by such a surprise.
“The Legacy Walkway Project was and is a great initiative,” he stated. “In addition to helping raise money, it provides an opportunity for families to leave a permanent reminder of their time within our schools. We were happy to include our family in this project. Hopefully, the Legacy Walkway will eventually extend the entire length of the school.”