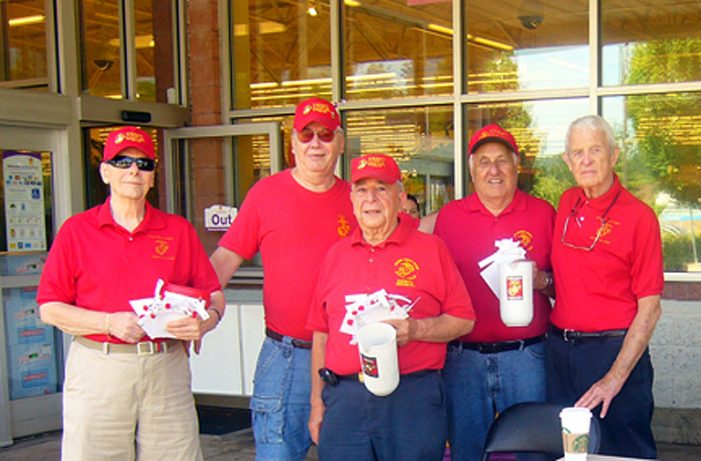 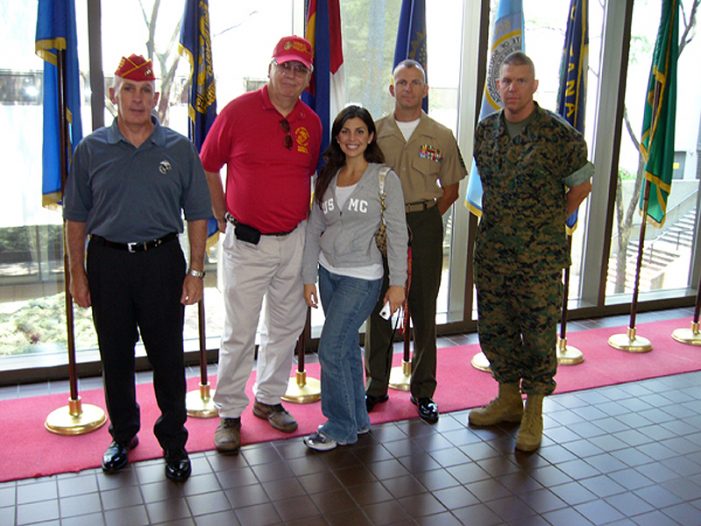 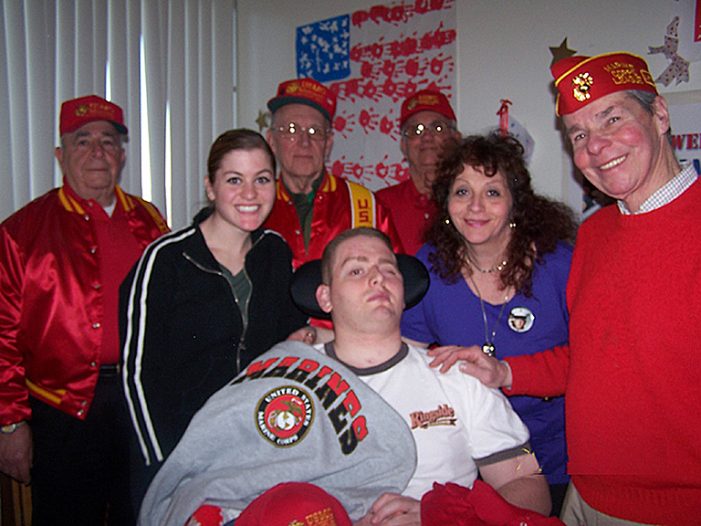 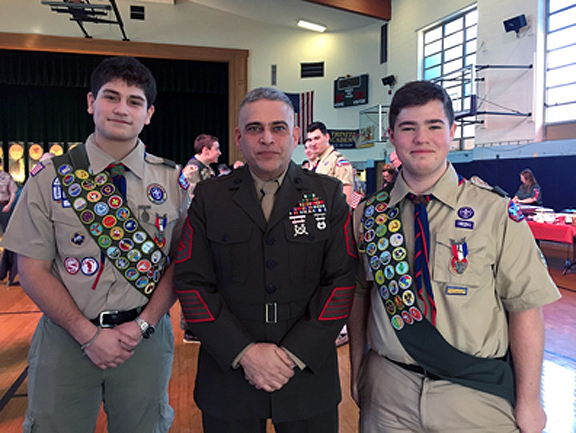 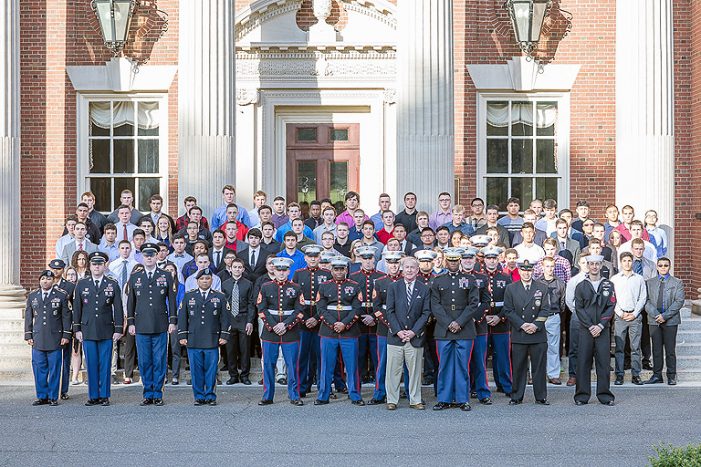 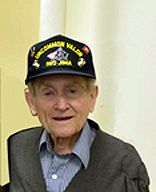 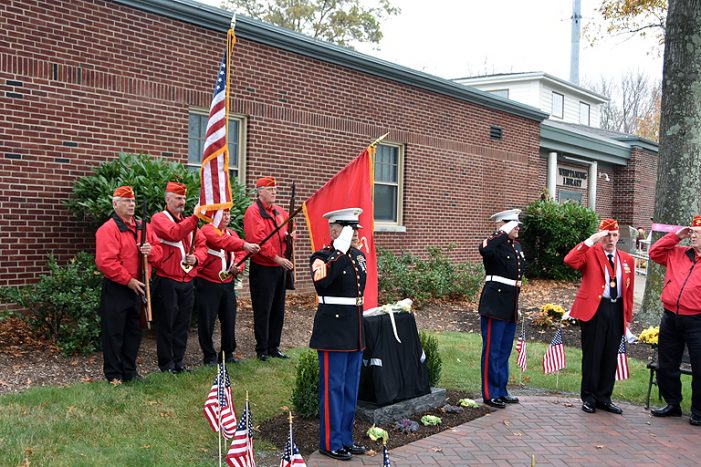 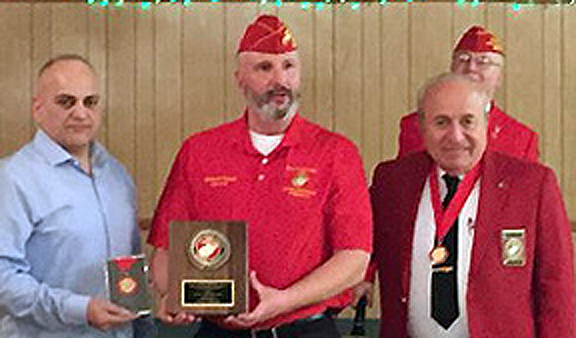 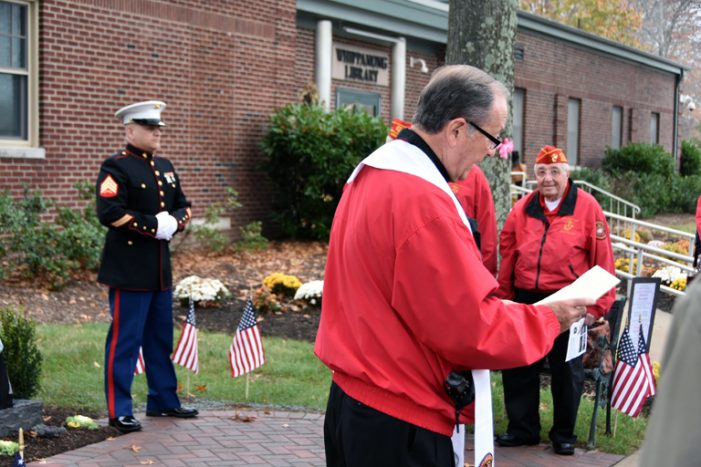 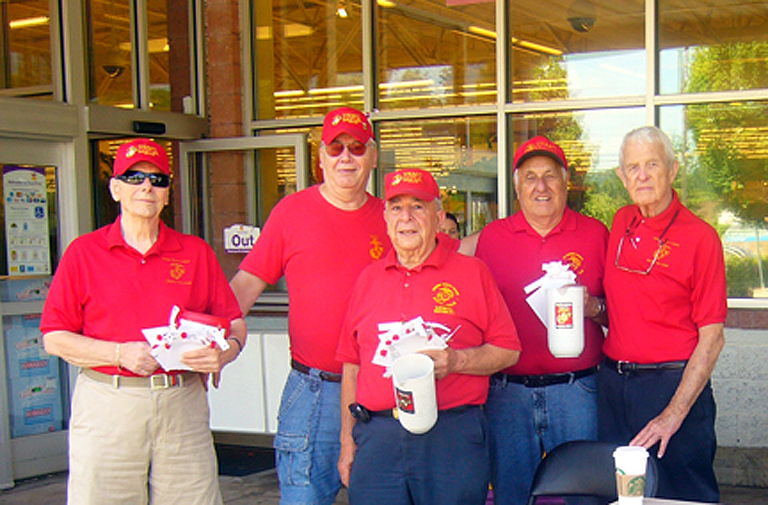 Whippany’s L/CPL Robert John Slattery Marine Corps League Detachment #206 is one of more than 1,000 Marine Corps Leagues (MCL) located throughout the United States and the world. The Whippany detachment was named in honor of Lance Cpl. Robert John Slattery, a Hanover Park High School graduate who died just a few days before his twenty-first birthday. The young Marine from Whippany was killed in combat in Vietnam in 1967.

Founded in 1923 by World War I hero Major General John A. Lejeune, the MCL is the only federally chartered Marine Corp veterans organization in the country. Its charter was signed by President 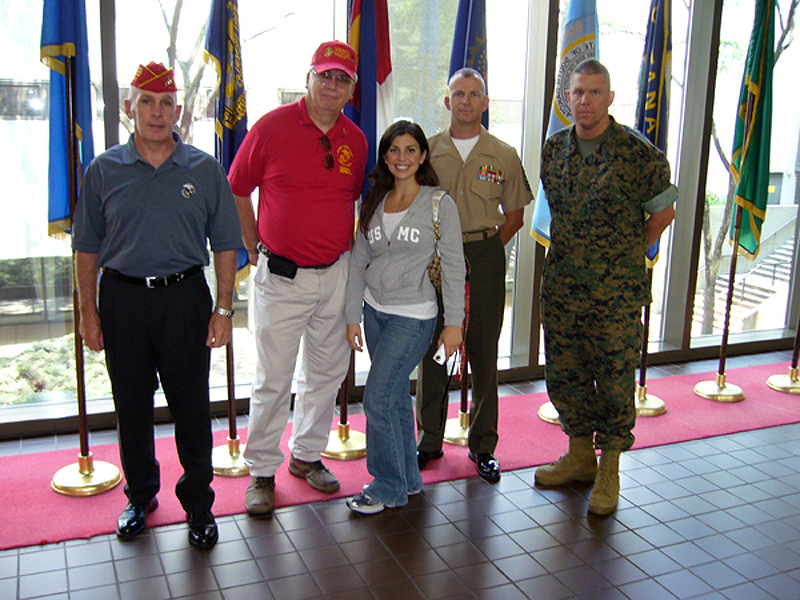 Franklin D. Roosevelt in 1937. The mission of the MCL is “to promote the interest and to preserve traditions of the United States Marine Corps; strengthen the fraternity of Marines and their families; serve Marines, FMF Corpsmen, and FMF Chaplains who wear or who have worn the Eagle, Globe and Anchor; and foster the ideals of Americanism and patriotic volunteerism.”

FMF refers to the Fleet Marine Force which is comprised of Navy personnel who are assigned to or work with Marine Corps units. FMF sailors most often serve in the fields of health services and religious ministries.

MCL membership is open to men and women who have served in the Marine Corps or FMF. Proof of service is

required, and applicants must provide a copy of their DD214 (Certificate of Release or Discharge from Active Duty). The cost of a membership is just $40 a year. Associate memberships are available to military spouses.

Detachment #206 has more than 200 members. Of those members, there are 40 to 45 that former commandant Tom Miller described as “active members.” He estimated that half of the members are of retirement age.

Miller, a Vietnam veteran who was injured in combat, served as the commandant of Detachment #206 until turning over leadership to Eddie Neas at the beginning of October. It is Neas’ second time serving a one-year term as commandant. Although commandant’s must be elected, it is a volunteer position. 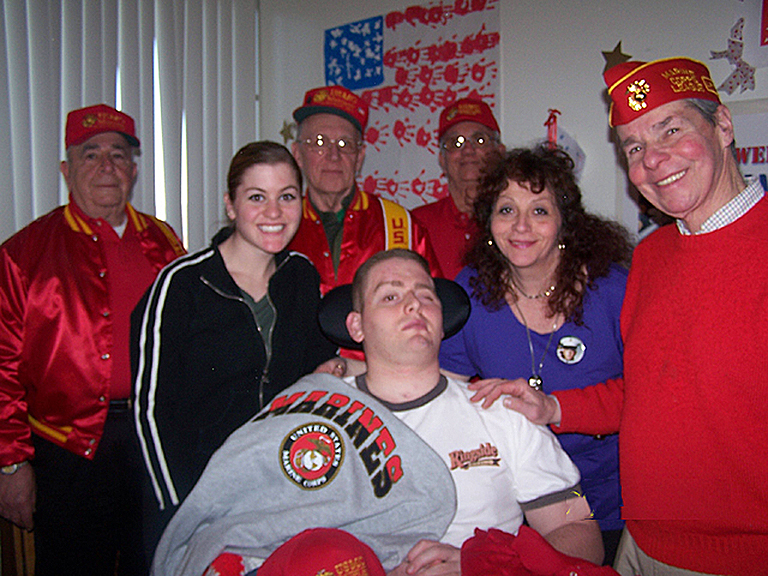 Miller said the job of commandant requires a significant time commitment. When he was asked to take on the position, he agreed to serve just one term.

“Up until about a year ago, it wasn’t hard to get someone, but nobody else wanted to take it,” said Miller with a laugh. “My wife warned me that it was going to be a lot of work, and she was right.”

Detachment #206 conducts monthly meetings on the first Wednesday of the month. The meetings take place at the American Legion in Whippany at 7:30 p.m. During these meetings, members discuss fundraising and upcoming events. Fundraising is a major focus of the organization, and they rely on several major fundraisers each year. At the conclusion of the meeting, members socialize while eating pizza from Johnny’s. 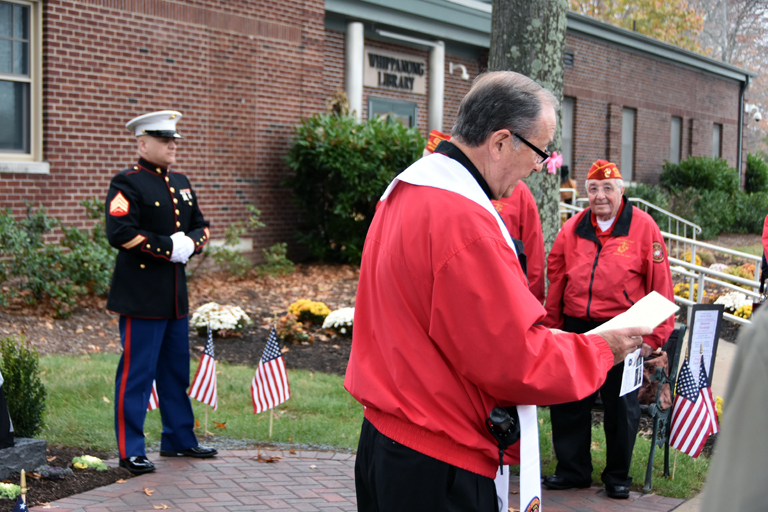 Park High School and Monmouth University, was killed by a car bomb while serving in Iraq during Operation Iraqi Freedom. Cosgrove died just a short time before his tour was scheduled to end. According to Miller, he planned to serve as the junior vice commandant of Detachment #206 upon his return to New Jersey.

The organization also raised more than $10,000 last year through their rose fundraiser. MCL roses are similar to the poppies that are used as a fundraiser for the VFW. The Marine Corp Rose was first used to honor Marines who died in the Revolutionary War. 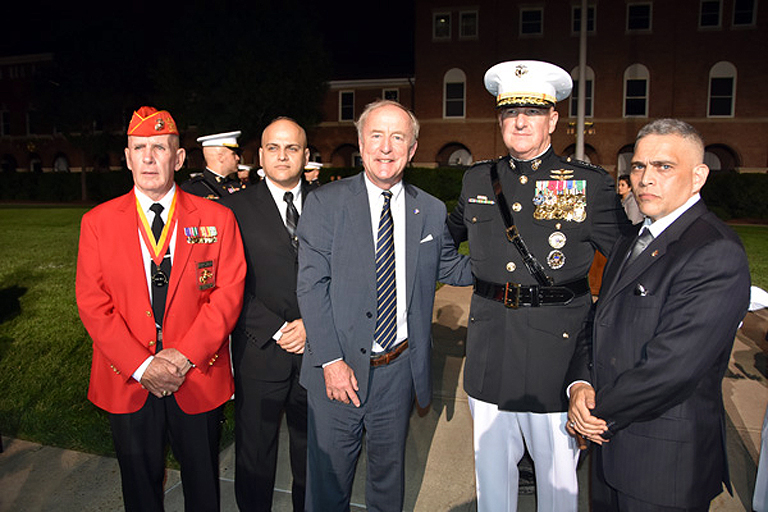 Miller said he is often overwhelmed by the generosity of the local community during these rose fundraisers. Although most people donate $1, he said it is not unusual for someone to donate as much as $20 or $50. Rose fundraisers take place at a variety of locations including churches and local Shop Rite stores.

Last year’s fundraisers brought in close to $50,000. The money is used primarily to help veterans in need. As an example, Miller mentioned a local veteran who needed a special bed due to medical problems. The man’s insurance would not cover the purchase, and as a result, he had to sleep in a chair.

Miller put the man in contact with Mario “Gunny” Monaco, the point man for all donations. All of Detachment

#206’s donations are made through Marines Care which Monaco oversees. Unfortunately, some people try to exploit the MCL’s generosity. As a result, all recipients must be thoroughly vetted. It is Monaco’s job to make sure that donations are being made to individuals who are genuinely in need of assistance. After determining the man’s need for the bed was legitimate, Monaco arranged for the MCL to purchase it for him.

“We look for people in need,” said Miller. “When we find them, we can hopefully take care of them. It could be a vet who needs money for rent or a car repair.”

Detachment #206 also distributed $10,000 to victims of natural disasters in both 2017 and 2018. For example, they helped a veteran who had the roof ripped off of his house in a hurricane in 2017. They also helped victims of the California wildfires.

“We’ve gotten a lot of pats on the back from helping victims of fires and hurricanes and tornadoes and floods,” said Miller. 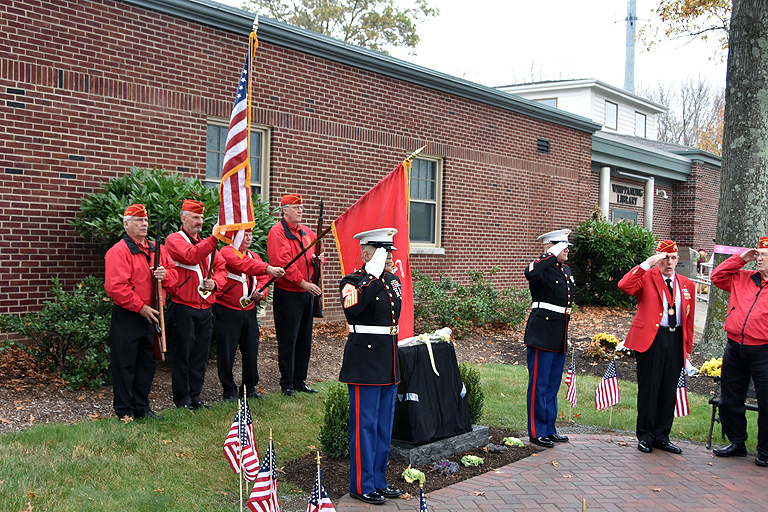 During the Iraq War, members of the detachment traveled to Bethesda Hospital (now Walter Reed) once a month to visit injured servicemen and women. They spent full days with the wounded and brought them gifts. The gifts included gift cards and blankets that were emblazoned with the Marine Corps insignia. Miller, an artist, also donated art to the wounded.

“It would be like for Christmas for some of them,” said Miller. “It took three of us to carry the crate of stuff. We gave away a lot of things including my art.”

The monthly visits to Bethesda began in 2005 and didn’t end until around 2013. During these years, the hospital was overflowing with wounded soldiers. Today, representatives of Detachment #206 visit the hospital twice a year.

children and grandchildren of members. Although their focus in on helping veterans, they do what they can to help local individuals who are in need.

The MCL is actively seeking new members, and Miller urges veterans to consider joining. He said membership has many benefits.

“You meet a lot of nice people who share the goal of helping other vets,” he said.