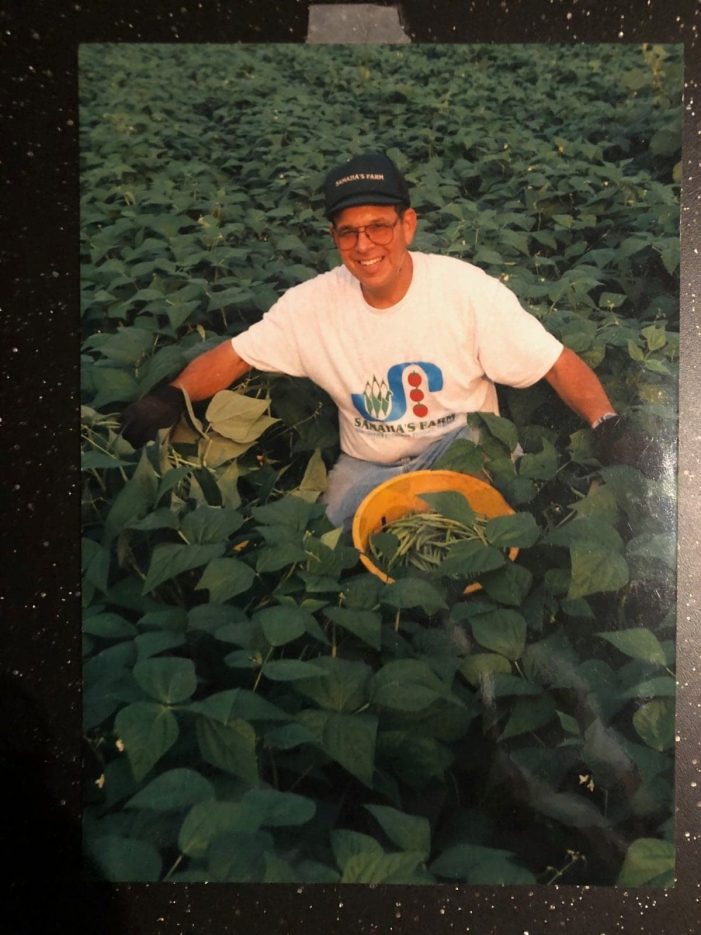 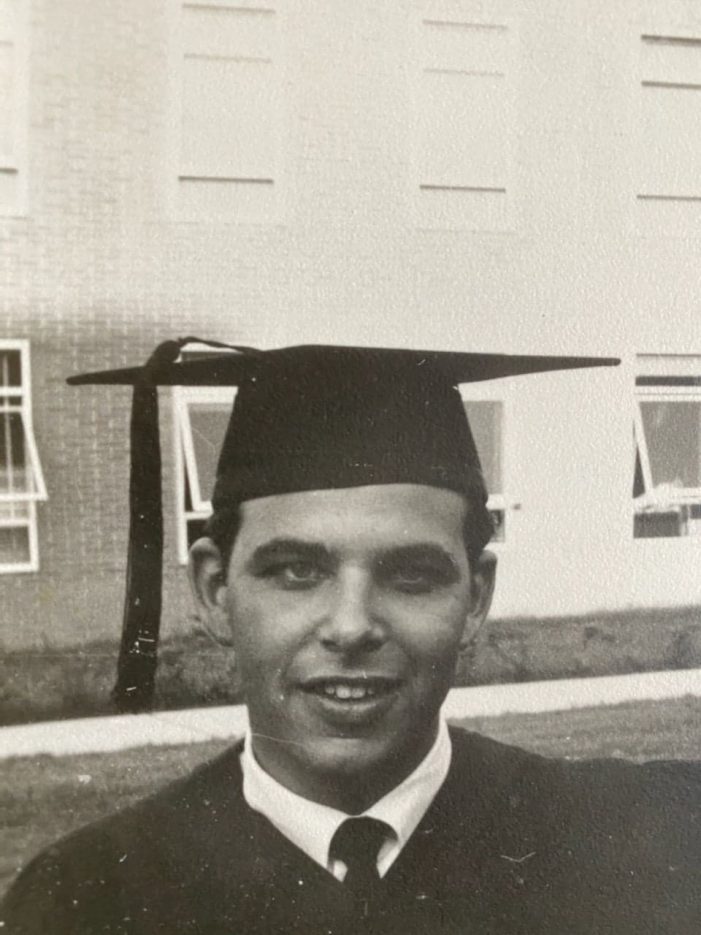 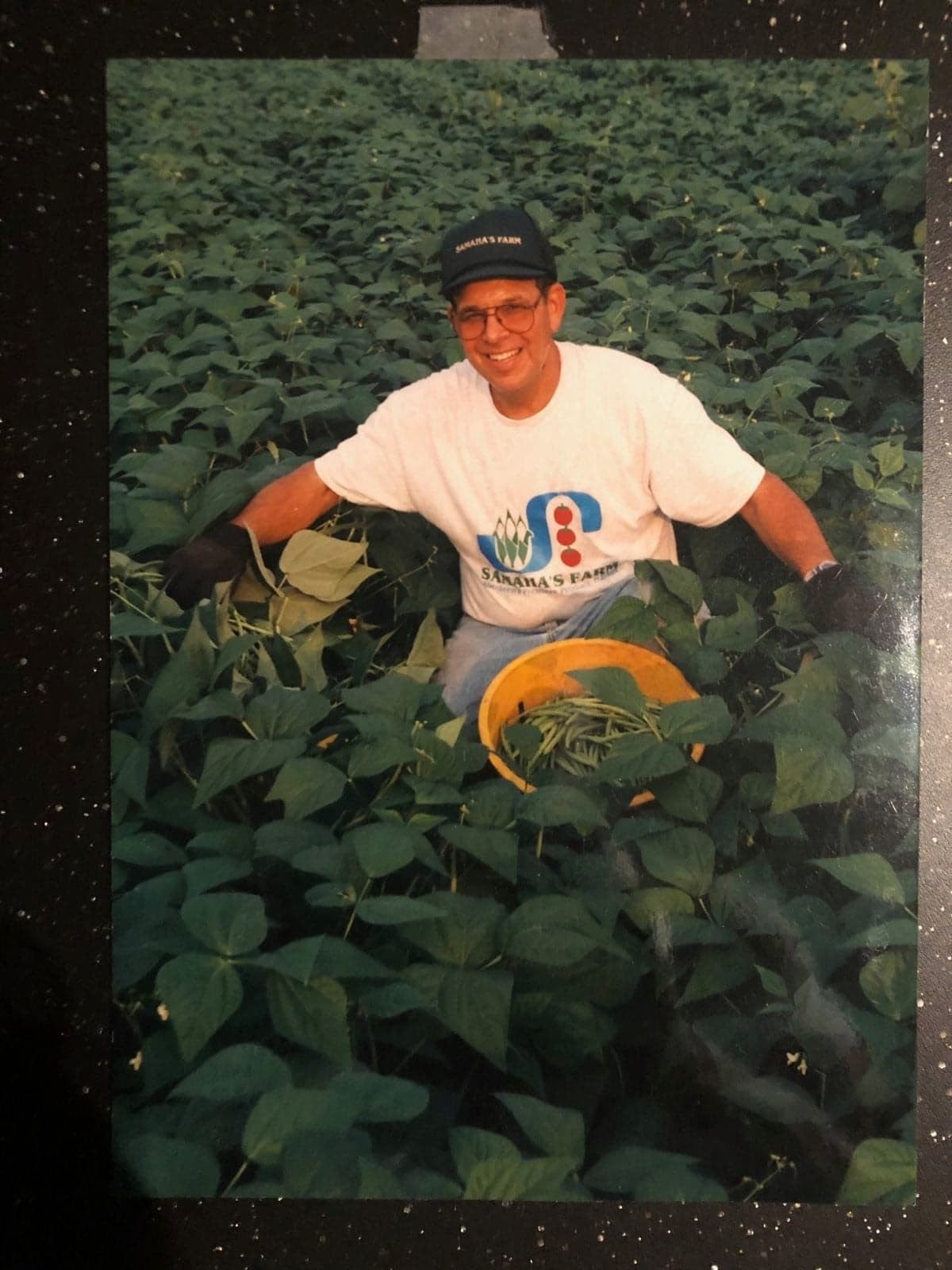 “Hunziker Hall,” 74-year-old John Samaha says proudly. “Have you touched the rock? The rock outside the Student Center?”

It was time to fondly reminisce about his four years at William Paterson College (now William Paterson University). Samaha started at WPC in 1963 after saving up money to attend classes there by running his own farm stand, Samaha’s Farm, in Aberdeen, New Jersey.

“How is the Marion E. Shea Auditorium?” he asks, referring to the college’s performing arts center built in 1965. When told that it still is a hub of activity when open, he states, “The acoustics were great there, and that organ – it had 16-pedal tones. Very unusual. That thing would go so low, and the whole building would rattle.”

“He brought us up there a very long time ago,” says Samaha’s daughter, Nora Pettyjohn, who now runs her dad’s farm with her husband, Marcus Pettyjohn, Jr. She thinks back while smiling about the jaunt to Passaic County. “I was just a kid. We walked around and things like that.”

Samaha attended WPC from 1963 to 1967 to get a music education. “I started in ‘63, and in ’65 you had to wear a tie and jacket,” he recalls. “And you had to maintain a 3.0 (GPA) or you were out. I enjoyed my stay at William Paterson.” Samaha was in Wayne from mid-September to the end of May for classes and ran his farm from the last week of June until it closed on Labor Day. There was never an overlap. As far as Samaha can remember, William Paterson offered nothing agriculture-wise for study back then but did have a greenhouse. He stayed at a spot across the road called The Windmill during the school year.

Per Samaha, there is a similarity between music and farming. “Both are a passion of life. I always wanted to be a professional musician; I played the tuba, and I took lessons with William Bell at Julliard (School of Music) in Manhattan.” Samaha even eventually turned down a job offer with Piedmont Airlines to be a pilot because his life, in his words, was “really getting complicated.” He got married to his wife, Yvonne, in 1976, started having children (the couple raised three daughters who he says are great, but “I have seven grandchildren that are even greater”), and didn’t want to be away from home four nights a week. Teaching and farming, two professions he loved, were it. Samaha taught music in the Hazlet, New Jersey school system for 37 years before retiring in 2005, and he and his wife continued to work the farm until passing it on to their daughter and son-in-law in 2012. When asked how proud he is of them both, he says, “I have no words to describe that.”

Samaha, who also recalls “The Strip,” the lengthy, somewhat thin parking lot where students back then and still do today park their cars, hasn’t been up to the William Paterson area in about five years. “But I always want to. I have deep roots up there,” he says happily. Samaha even started a fraternity. “I don’t know if it’s still in existence, but I think it is because we had a reunion that I wasn’t able to attend two years ago.”

When asked to place his favorite composer and Samaha’s Farm produce side-by-side, he without hesitation says, “Mozart and sweet corn.”

John Samaha played and taught music, and also grew vegetables from the soil. His life has been a rewarding one. “You’re never wrong,” he says, “to do the right thing.” Words spoken, he beams a smile.