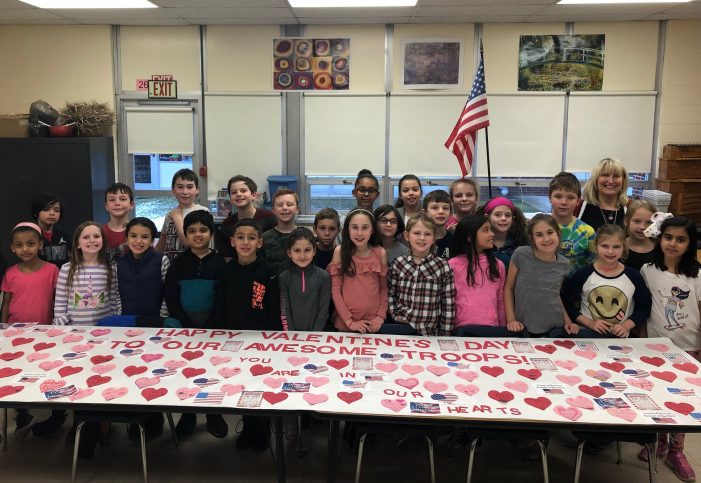 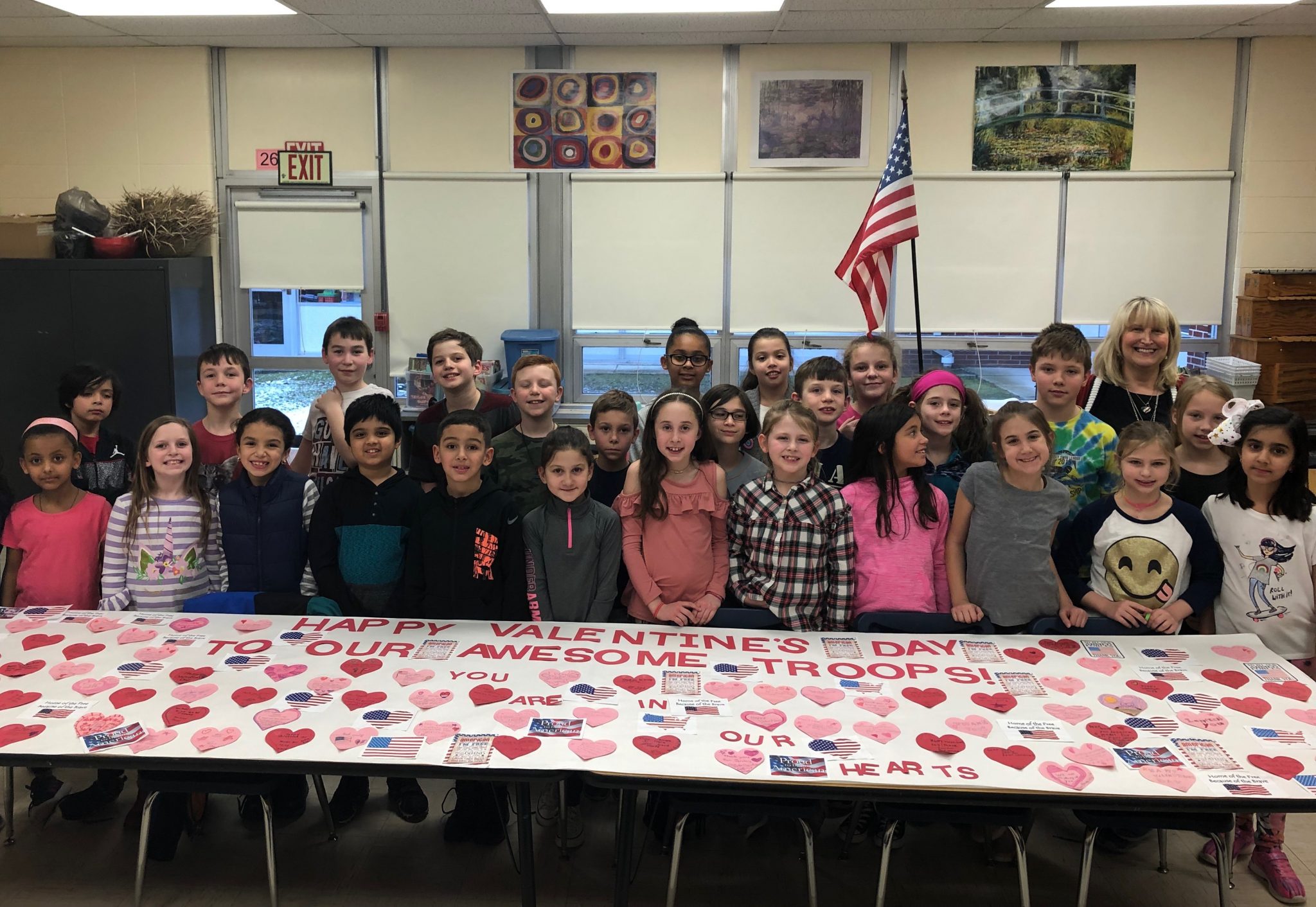 The Kiwanis Kids Club of the Willow Grove Elementary School of Hackettstown, known for their Patriotism and support of our Veterans and those serving in the Armed Services, recently received some awesome news. The club, comprised of third and fourth grade students, was informed that they had won the State of New Jersey Spirit of Americanism Award. This award is given each year to an individual, group, club, school, or organization that exemplifies a dedication to support, appreciate, acknowledge, and assist the causes that are dedicated to the Veterans of our Armed Services.

To qualify for this high achievement award, the applicant must follow an application process, and provide documentation of their efforts on behalf of Veterans. The applicant must then be chosen as the winning entry at the local level and at the county level. Then all county finalists are judged, and a state winner is chosen. The Kiwanis Kids Club prepared a scrapbook/photo album filled with pictures of each project that the club had undertaken during the school year, as well as photos and copies of letters received from recipients, acknowledging each project. A special memorial dedication in memory of Donald M. Hendershot, the past Commander of the American Legion Blue Ridge Post # 164 of Hackettstown, was highlighted in the club’s entry, as Mr. Hendershot was a highly respected and active member of the American Legion. He participated in many Veterans Day Tribute Programs held each year at the Willow Grove School, which is a yearly event hosted by the Kiwanis Kids Club. Mr. Hendershot is missed by all in Hackettstown, but his legacy lives on.

Some of the projects that the Kiwanis Kids Club participated in throughout the year, to support Veterans and our Troops, were Operation Shoebox N.J., a collection of toiletries and food items sent to our troops serving overseas. Student club officer interviews, on WRNJ radio, during which the students requested donations from the community, towards the collection of items for “Operation Shoebox N.J.” Veterans Day Tribute Program, held at Willow Grove School, honoring family members of students and staff, who are Veterans. Thank You Veterans Wall of Honor school showcase, exhibited for the month of November, in the front lobby of the school. The showcase highlighted photos sent in by students and staff, of family members who served in the Armed Forces. There were even several Purple Heart recipients who had their photos displayed. Attendance at the Hackettstown Wreaths Across America event in December, where wreaths were placed on graves of Veterans buried in the local cemetery. Patriotic Christmas Tree in the Willow Grove School front lobby. Christmas cards sent to the Veterans at the N.J. Veterans Home in Paramus. Valentine’s Day Thank You banner sent to the troops serving overseas in Kuwait. It was hung in the Welcome Center in Kuwait… and a photo of the banner with the troops, was sent to the Kiwanis Kids Club. Valentine’s Day cards and coloring pages sent to the Veterans at the N.J. Veterans Home in Paramus. Birthday Cards and letters were sent to a Vietnam Veteran in Maryland, through the Medal of Honor Mail Call Program, and cards and letters were sent to an Army Corpsman serving in Afghanistan.

The Kiwanis Kids Club of the Willow Grove School will be marching in the Memorial Day Parade in Hackettstown. They carry banners thanking our Veterans and our troops and honoring those who were POW/MIA. They also proudly wave many, many American Flags. It is a sight to see, enthusiastic elementary school children showing their Patriotism.

The Kiwanis Kids Club of the Willow Grove School in Hackettstown is a club dedicated to serving, honoring, and showing gratitude to our nation’s heroes, our Veterans and all members of the Armed Services. For the last 3 years, the club has been awarded the highest honor by the Kiwanis International Committee. Out of over 2,000 Kiwanis Kids Clubs worldwide, only a select few have been chosen to receive the coveted Club of Distinction designation. Last year, only 31 clubs worldwide were given this honor and for the 3rd year in a row, the Willow Grove School’s Chapter of the club was awarded this highest honor. For the 3rd year in a row, the Willow Grove Kiwanis Kids Club was the only club in New Jersey to achieve this recognition. They are an active club that promotes volunteerism for causes that make a difference.

The staff advisors for the Kiwanis Kids Club, Robin Gibbon R.N., M.S., and Debbie Beck, will receive the Americanism Award on behalf of the club, on June 13th at the 101st State Convention of the American Legion in Wildwood.

The staff advisors of the club wish to thank the Kiwanis Club of Hackettstown for their continued support with all the school based projects and the American Legion Blue Ridge Post # 164 of Hackettstown, for their nomination of the school’s Kiwanis Kids Club for this State of New Jersey Spirit of Americanism award.