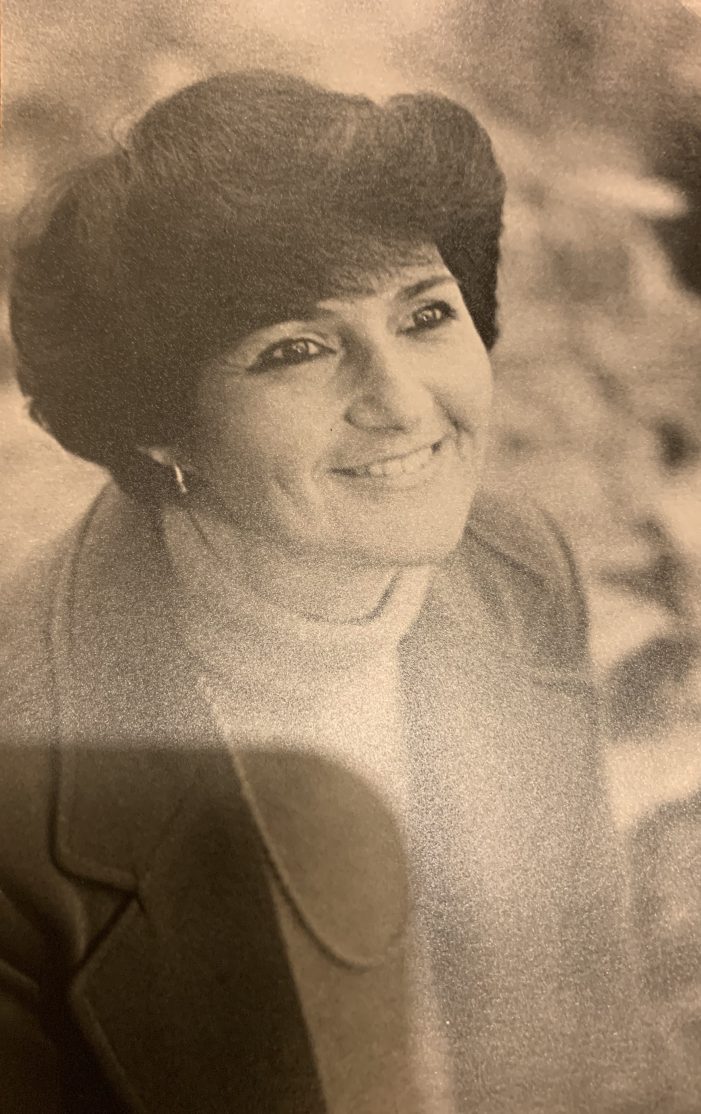 For West Orange resident Sylvia Kramer, writing has been her art form since she was a little girl. She remembers fondly the stroke of pencils on paper as she collected her thoughts on a multitude of different topics. That bright-eyed little girl never lost sight of her love for the art, still writing poetry today, at the age of 91.

“I’ve written all my life, I must have started at the age of nine years old. I was drawn to writing, especially when I was young. I was very intrigued by the art and I realized that poetry can really help you live your life more fully.” Kramer said.

Kramer was born in New York, but at only four pounds, doctors suggested to her parents that a move to a warmer climate may help save her life. The family moved to California until Kramer was five. When they moved back to the New York area, Sylvia stayed there until she married. After getting married, she moved to New Jersey.

Her earliest memories of writing are that of poems. She recalled her first poem being about how she hated school, which made her teacher so upset that she kept Sylvia after school after ripping up her poem and throwing it away. Even though that happened, Sylvia still kept her writing alive. Sylvia’s career took her in the path of a poetry therapist.

“When I was nine years old, I wrote the following: I hate to go to school, the teacher teaches me the rule, she teaches me to read and write and all she cares is that I’m polite. I learned at a young age that poetry and language have a great effect. If this nine year old can upset a teacher that much, that’s when I knew.”

As a writer, Kramer was able to capture many interviews with many famous faces. One that sticks out in her mind the most was working alongside famed poet Allen Ginsburg. She attended a reading that Ginsburg did at a local JCC. She wrote a letter following his reading and formed quite a bond with Ginsburg and his father.

She has written for the New York Times, local publications, authored a book, periodical articles and more. She has no formal training, but took courses at The New School in New York. She also taught at many different seminars and college courses throughout her life.

“To have a student blossom in front of your eyes, there is no greater feeling. I loved teaching more than anything I’ve ever done in life.” Kramer said.

Her passion for her art form is still there and she still writes when the inspiration strikes her, and sometimes it strikes in the most unlikely of places. Kramer shares the following piece of wisdom to the younger generation about writing and finding the passion in your life.

“It’s my belief that it’s a very natural ability that people have. Everything has rhythm and people need to be introduced to writing and once they are, it opens up many many doors to other things throughout life.” Kramer said.

Kramer’s book, Velvet and Stone, is available for purchase on Amazon.com.