A History of St. Francis: 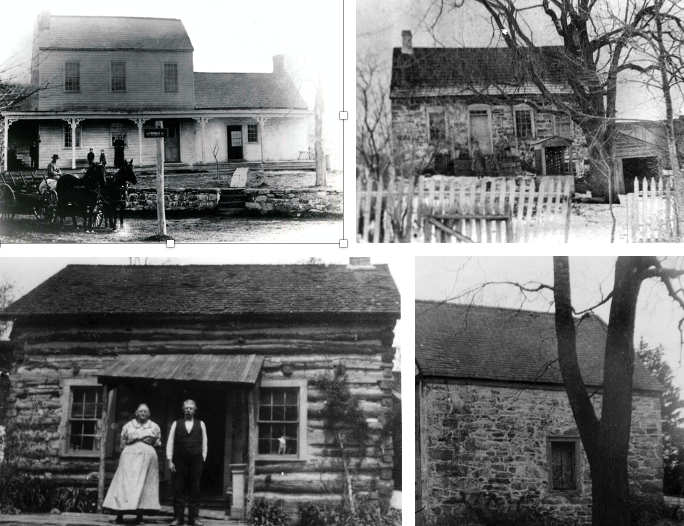 These Denville homes, dating to the 18th century, were neighboring properties to the Glover estate. 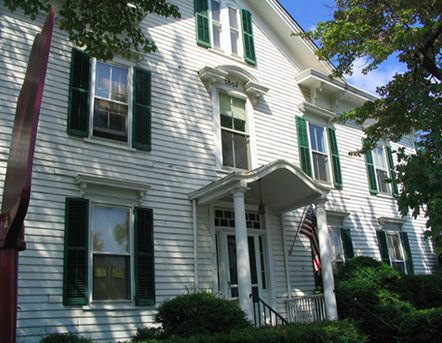 The residence of Monsieur Louis Sansay, a Frenchman from Santo Domingo, built in 1807 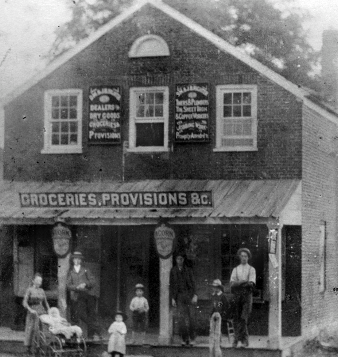 Beginning around 1818, the General Store in the center of Denville, seen in the late 1800s, was originally owned by Col. Glover and operated by Matthias Day Kitchell

From Job Allen’s Iron Works, to John Heyward Glover’s Summer Home – from Slavery, to one of Baseball’s Founding Father – from Protectory to Sanitarium to Senior Living

It was in 1814, according to an Allen descendant, that the property was sold to Colonel Glover for a northern summer residence.  Another source places the date Glover’s purchase between the years 1817-1823. After its transfer to Colonel Glover, it came to be known locally as the Glover Farm, but Colonel Glover called it Rockaway Farms. In all, John Heyward Glover owned between 190 and 211 acres along the Rockaway River near Denville, N.J. On his Rockaway Farms, he built his summer home.  By best account, the house was constructed about 1817-18.

Line. Initially, at least, it appears that Rockaway Farms was just a vacation locale for the Glovers.  By 1830, however, the Glover family was living in Morris County, which, by then, had been their primary residence for several years. While the oldest son, John Heyward Glover, Jr., was born in New York City in 1816, the next two children, Maria Ann Glover and John Wilson Glover, were born in Denville in 1818 and 1820, respectively.

John and Eliza Glover owned several plantations from Charleston to Savannah. Opulent living would have been common to them during the antebellum period in the South. Denville however, during that same time period, was a community of simple farmers.  The Federal-style Glover Mansion at Rockaway Farms was the largest building in Denville, the “finest and most imposing stone building of the town.”  It was a royal estate for the period and the area in which it was built, situated on about 200 acres of ground.  Early visitors to the area were often taken to see the secluded home.  Among its features were beautifully carved and decorated woodwork (some of which still exists) as well as an artistic spiral staircase with a mahogany rail (removed to a Glover house in South Carolina). The main portion of the Mansion, measured about 40’ x 50’ – rectangular in shape with a wing off the rear.  There were three levels measuring about 6,000 square feet in all; the first two floors were likely 12’ high family areas; with a not as high third level for the children and/or house servants. There was another two-story wing to the right (facing) that was about as wide as the main portion.  By rough estimate, the Glover Mansion totaled about 9,000 square feet. By stark contrast, however, typical Denville farm homes in 1818 were small and simple.

Denville, however, did have some wealthier farmers like John Hinchman (1779-1816), who’s circa 1800 home in the center of town was sizeable but hardly extravagant.  At that time Denville Village straddled two large townships, Pequannock Township north of the Rockaway River (where much of the Glovers’ property was located), and Hanover Township south of the Rockaway River.

Col. Glover often formed business partnerships with his Denville neighbors. In addition to operating the general store in the center of Denville in a building owned by Col. Glover, Matthias Day Kitchell (1792-1857) owned a cider-mill and distillery near Denville, about 1820.  He operated this business for many years and was assisted by Mr. Glover, who found a market for the product of this distillery in the South.

Col. Glover was apparently “very fond of apple whiskey; he would occasionally call on Col. Joseph Jackson at Rockaway, who was a strictly temperate man and opposed to the drinking customs of the day, and on one occasion on leaving — not seeing the favorite beverage — asked the colonel what he should tell his folks he had good to drink, and was told to report indulgence in a drink of Col. Jackson’s spring water as the best his hospitality afforded.”

The Character of John Heyward Glover has been described as follows: “as a husband and father, he was devotedly tender, affectionate, and instructive – as a friend, he was ardent and sincere – as a neighbor, he was affable and kind – as a citizen, he was a warm supporter of our institutions, civil and religious – as a man, he was honorable, intelligent and courteous.  He possessed by his wealth, greatly, the means of sowing good and bestowed it freely, . . .”

It would not take long for Col. Glover to become one of the leading citizens of Morris County. In July 1825, he served on a committee of local dignitaries, “the fore most men of the community,” who welcomed the Marquis de Lafayette upon his return visit to Morristown.    Preparations for Lafayette’s visit had for a long time been in the making.  As far back as the previous September a pressing invitation had been extended to General Lafayette to visit Morristown. The invitation had been in due time accepted, and Thursday the 14th of July 1825 was appointed as the time of the visit. There was a ball held in his honor at the 1807 Sansay House on DeHart Street, Morristown, which still stands. “The tables in Mr. Sansay’s long room spread in readiness for an epicurean feast for all who could pay three dollars for a dinner ticket.”

In August 1827, John H. Glover was appointed by the Court to serve on a committee to “form a plan of arrangements, to be carried into effect at the opening of the new Court House in Morristown.” The Committee was to carry out the plan in the “Term of September next.” The procession to the dedication ceremony at the Courthouse included music, the Sheriff, the Board of Chosen Freeholders, the building Committee, the Master Builders, the Clergy and Orator, the Jailer and Crier, the Constables, the Coroners, the Justices of the Supreme Court, the Judges of the Common Pleas, the Justices of the Peace, the Clerk and Surrogate, the Attorney General and Prosecutor, the Members of the Bar, the Grand Jury, the Petit Jury, the County Collectors and Assessors, and the Citizens.  Once at the Courthouse, prayers and an address would be followed by the “Opening of the Courts in due form of Law.”  Afterword, the Grand Jury was called sworn and charged.  The Court was then adjourned until the next day.