A Piece of Ukraine in Whippany 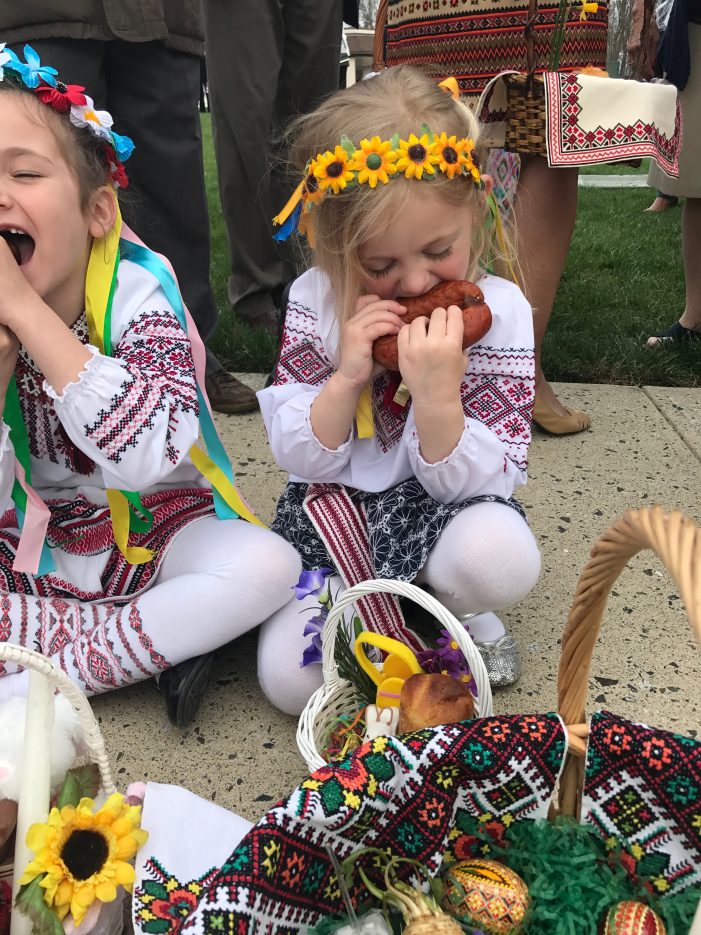 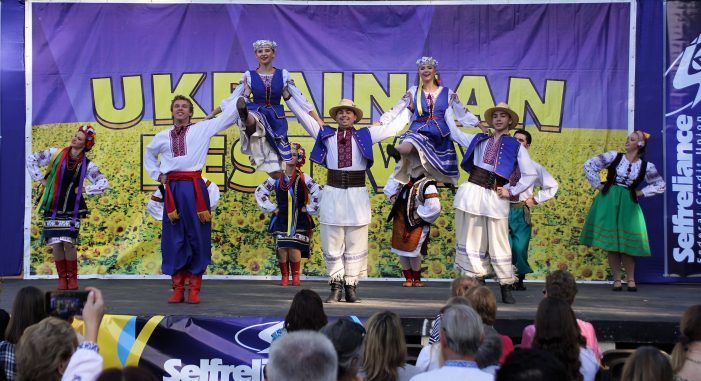 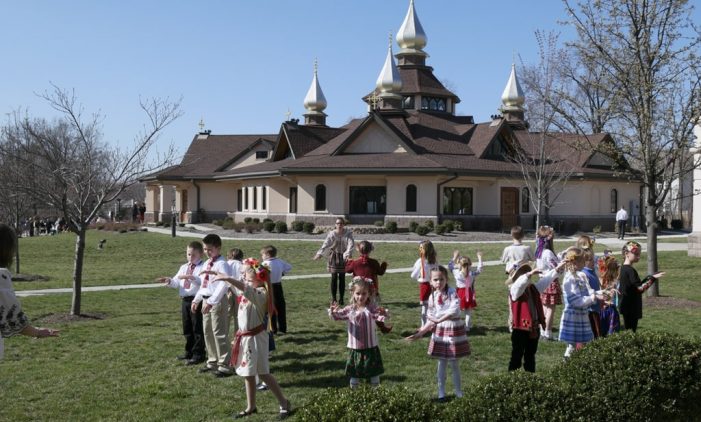 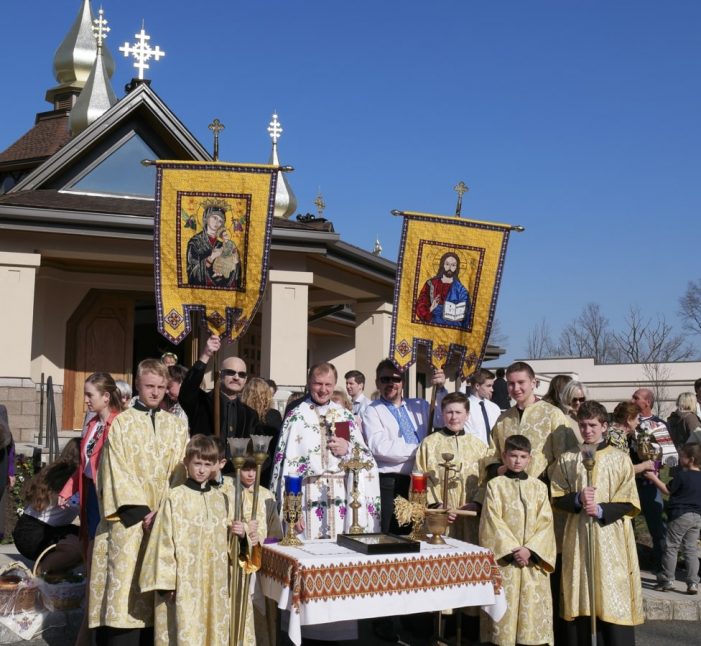 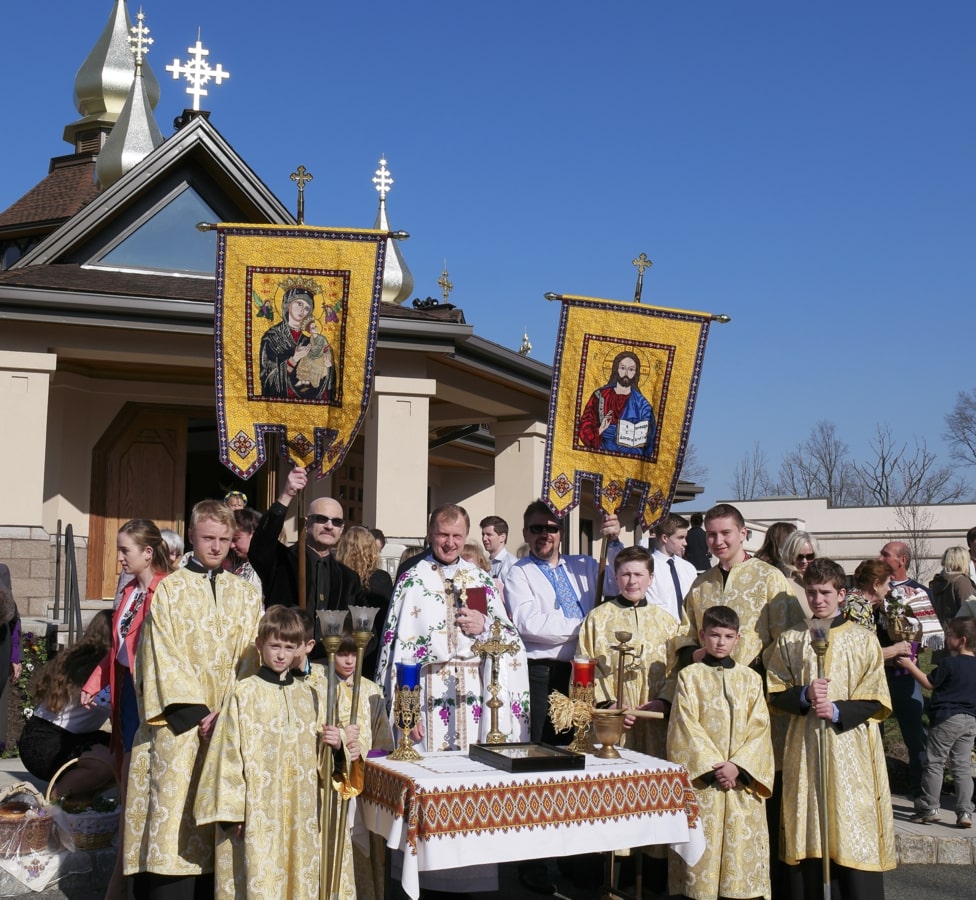 “For our future generations and ourselves” is part of the mission of the Ukrainian cultural center located in Whippany. The center is home to several Ukrainian organizations.   However, while being a place for Ukrainian Americans to share their culture and heritage, the cultural center also shares Ukrainian culture with the community through events, such as its Christmas and Easter Bazaars, food sales, and its biggest event of the year, a festival held each September. In addition, the center has other offerings for the community, is utilized by other organizations and rents out space for events.   Recently, board member, Alexandra Zawadiwsky shared about the center and, with Easter around the corner, some Ukrainian Easter traditions.

“The migration of Americans of Ukrainian descent, particularly families with children, to the suburbs and exurbs of western New Jersey presented a rare, but wonderful opportunity ……to establish a significant Ukrainian cultural and community center that is easily accessible to those who live in New Jersey, southern New York, eastern Pennsylvania, and even southwestern Connecticut.  Such is the vision of our Ukrainian American Community.” explained Zawadiwsky. The cultural center is located on the campus of the St. John the Baptist Ukrainian Catholic Church at 60 No. Jefferson Road.

The center is home to several Ukrainians organizations.  Just a few examples include the Ukrainian Heritage School 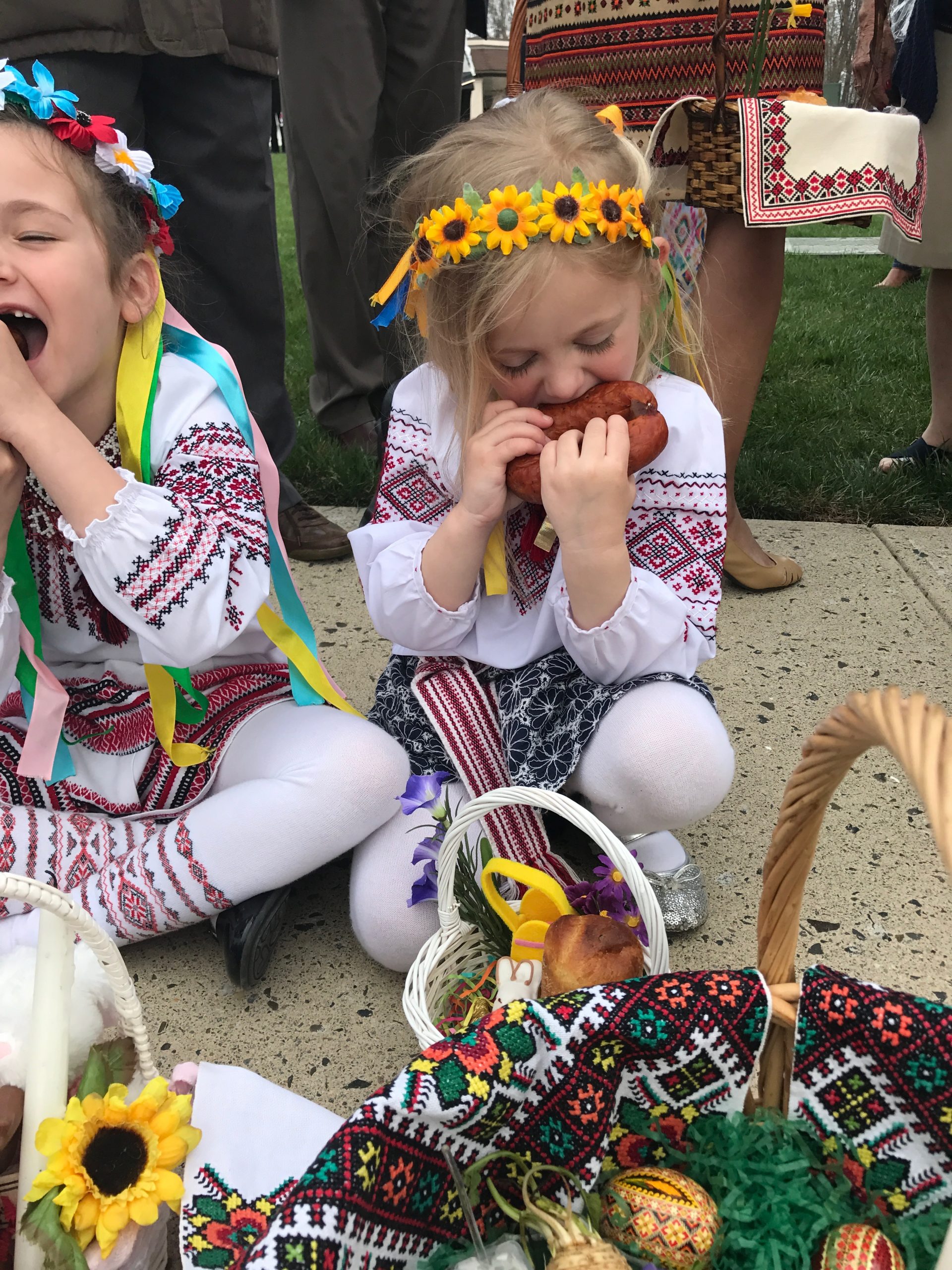 which meets on Saturdays from 9 a.m. to noon, for children K-12 where the children learn Ukrainian language, history, and culture. There is the Traditional Dance Ensemble and Dance Academy which performs internationally.  Also, there is a Music Institute which teaches piano and bandura, the latter being a Ukrainian national instrument.

“Our mission is to have [the center] be a place that houses and fosters vibrant cultural, educational and sports programs for all members of our community (Ukrainian and non-Ukrainian).  We strive to make it a beacon for all Ukrainian Americans in Northern New Jersey and throughout the U.S.,” noted Zawadiwsky.

While many activities are in the Ukrainian language, there are others that are not.  Among the latter are recreational offerings and the Carpe Diem Club. “The monthly program gathers members of the community together to enjoy good company, interesting speakers, and fun activities.”  Zawadiwsky noted.  The center also has fundraising events of interest to everyone, such as its very popular Beefsteak Tricky Tray and Silent Auction.

In addition, the center is utilized by non-Ukrainian groups (such as sports clubs, non-profits, Academic Institutions, Hanover Township) and rents out space for events.

The center’s biggest event of the year is its annual festival which will be held on Saturday, September 26th   this year.   “A Ukrainian festival is like an Oktoberfest, except that the foods, song and dance, costumes for the shows, and even the beer is Ukrainian.  There’s something for everyone,” Zawadiwsky shared.

There are also Christmas and Easter bazaars which feature both Ukrainian and non-Ukrainian vendors.  “Those are the time to stock up on our special holiday foods [such as] kovbasa, varenyky (perogi), borscht, cabbage rolls, etc.  Many of these are also available for purchase year-round from our kitchen on Saturdays and Sundays,” shared Zawadiwsky. The Easter bazaar will be April 5th from 10 a.m. to 2 p.m.

With Easter coming up, Zawadiwsky was asked to share some Ukrainian Easter traditions. 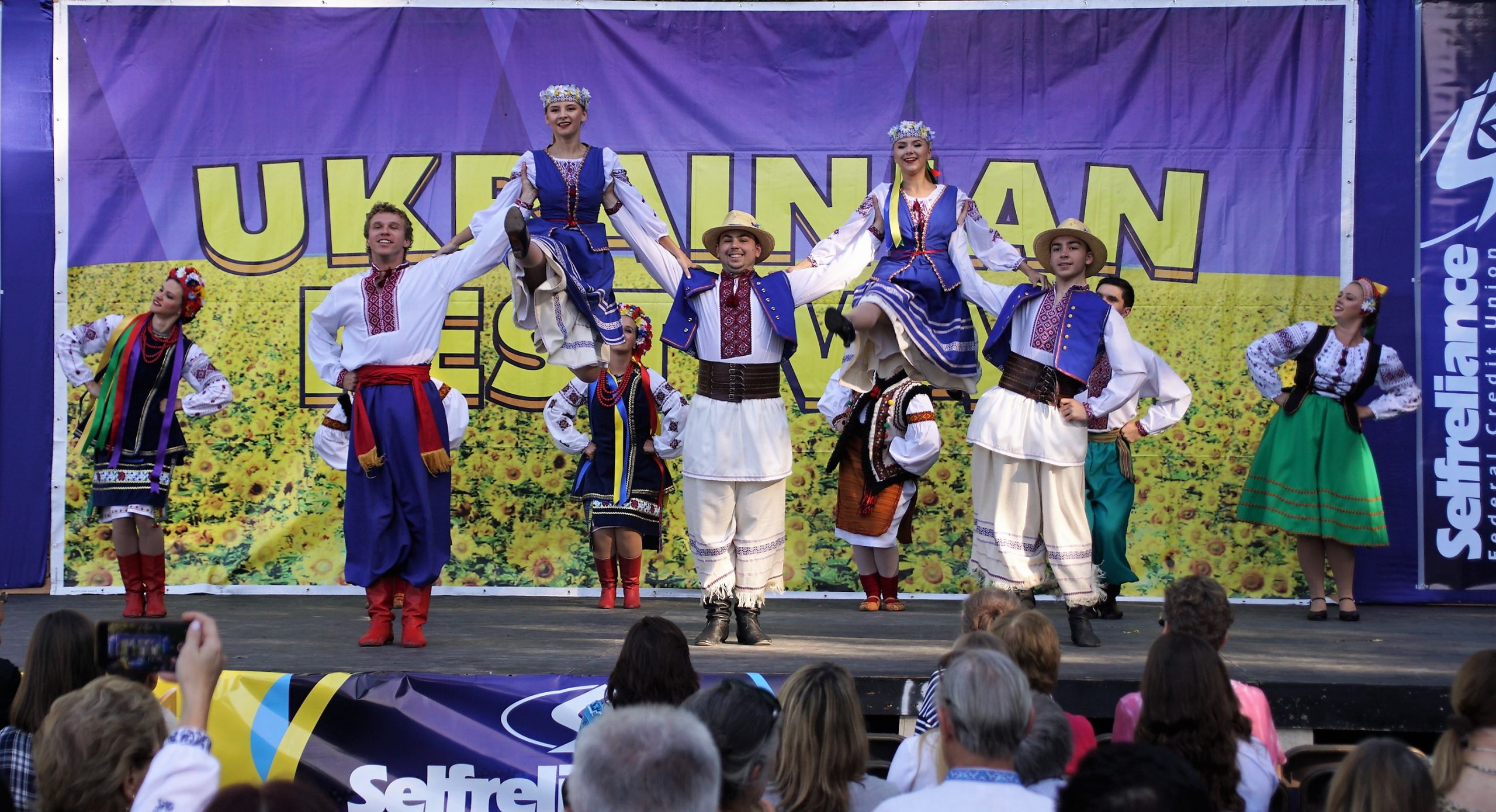 One is the making of pysanky eggs; the name comes from the Ukrainian word “pysanka” which means “to write”.  A pin hole is put on either end of an egg, the yolk blown out and then decorated. The decorating is done using a series of wax coatings and dyes.  For example, to start, wax in a pen is used to cover the area on the egg that should be left white and then the egg is put in a dye. The process is continued with wax covering another area and then the egg put in another dye, etc..   When all the coloring is done, the egg is held up against a candle for the wax to melt and the pattern of the egg revealed. The center holds pysanka sessions for its school and youth organization.

Other traditions include having an Easter basket blessing and Hahilky.  On the Saturday before Easter, Ukrainians take a basket with the items for the Easter meal, to church to be blessed.  On Easter Sunday, after mass, the little kids go out and do a dance. It is not a traditional style of Ukrainian dance.  It revolves around nature and spring. The dance originated in pagan time and was adapted to the Easter holiday.

For more information about the cultural center and its offerings, see www.uaccnj.com/