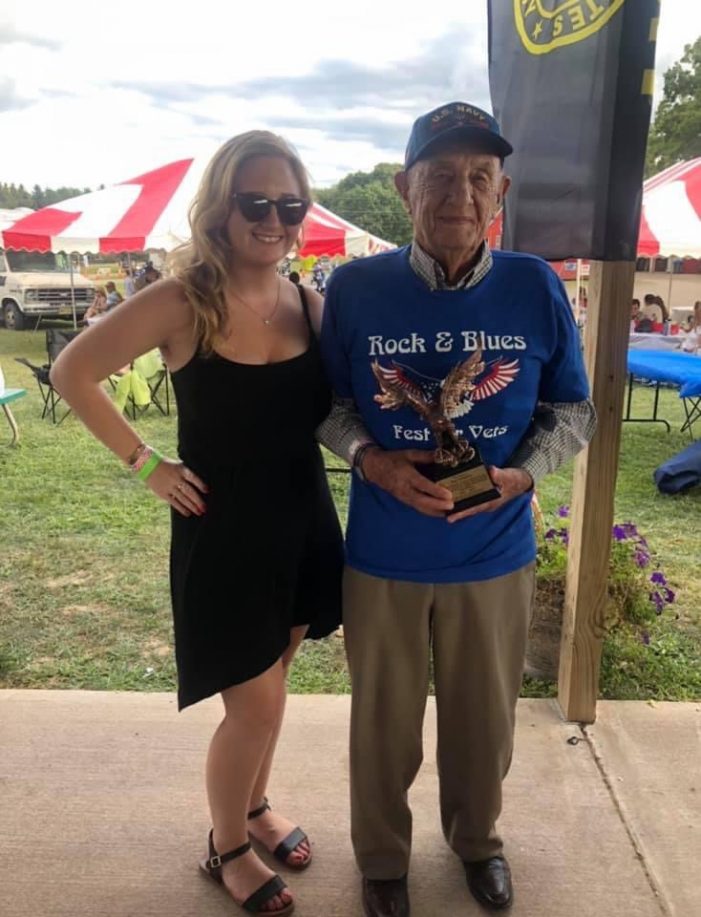 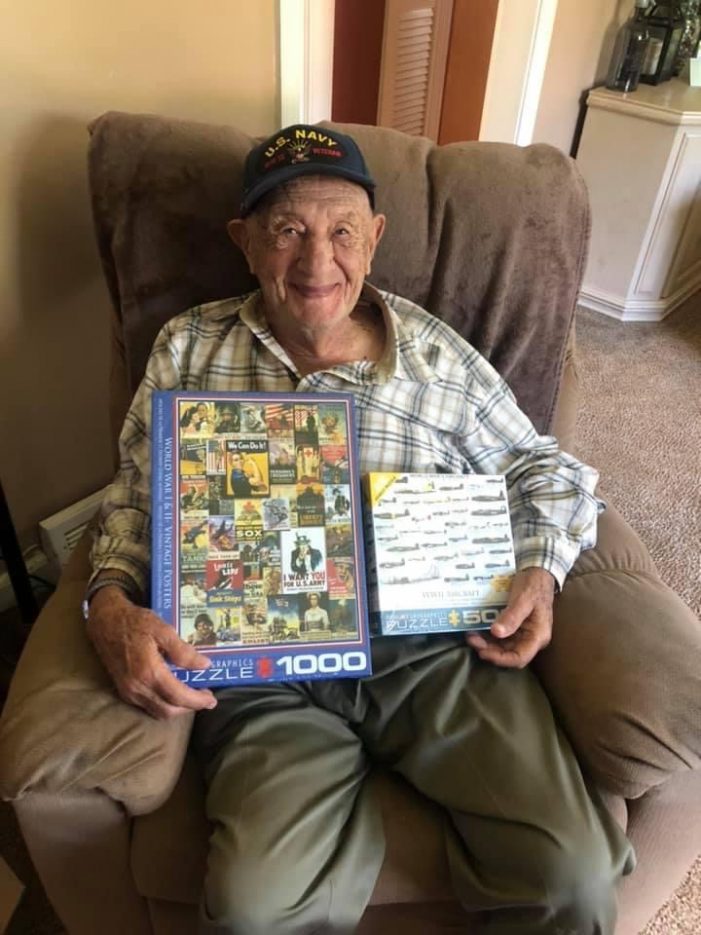 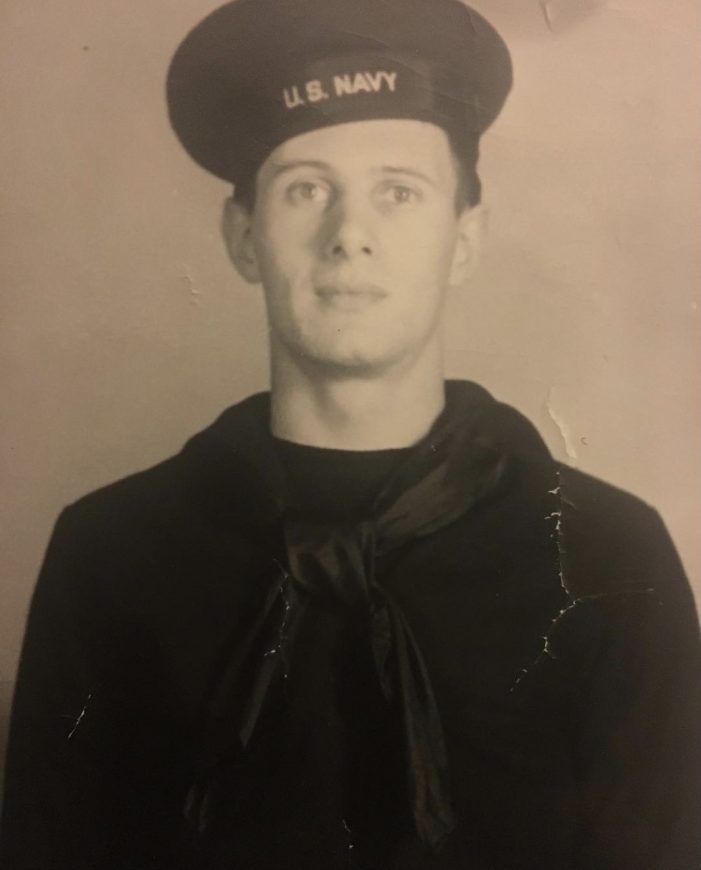 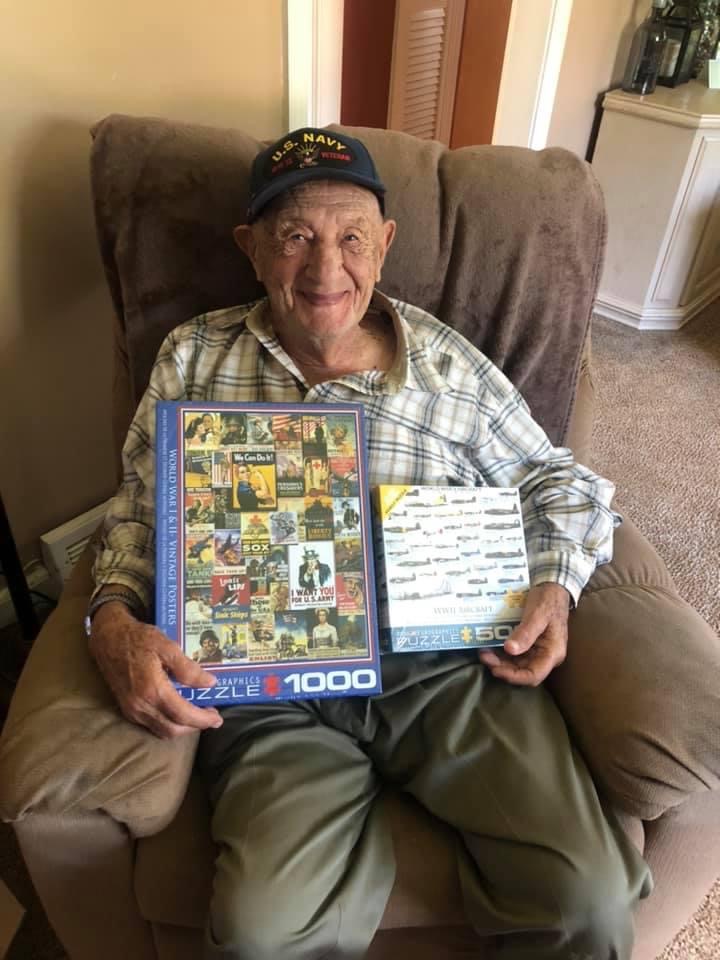 For Bud Hardaker, Veteran’s Day 2020 was a special one.

“He is my favorite person in the world,” says his granddaughter, Brittany. “He is from a family dedicated to our nation. There are eight Hardakers who have served, and Bud is the last remaining brother of four Hardaker brothers who all served in different capacities during the Second World War.”

For the majority of his career, Hardaker worked as a mechanical engineer and plant superintendent at various aeronautical machinery companies, overseeing the manufacturing of airplane parts for WWII including crank cases for airplane engines, aircraft radios, walkie talkies, and other crucial wartime machines.

He enlisted into the Navy in 1942. “Bud served in the Navy submarine service, stationed out of Brisbane, Australia,” says his granddaughter. “With his background in machinery, Bud was responsible for ensuring that the US Navy submarines operated properly, and that when subs would come in from battle, that they were properly restored or overhauled with all new parts.”

He has recollections of his time of service. “I worked in repair in Australia, but I was fortunate to see a Japanese two-man submarine – they were caught in nets out there. One of them committed suicide, and the other one was brought on the submarine base. Also, going back to the Germans, two of their submarine crew were brought in when I was going to school there in New London (Connecticut), and I had the chance to see abut 30 – 40 German submarine sailors marching up and well under guard at the submarine base.” Bud also mentions that he spent his boot camp time at Great Lakes, Illinois, where he was a bugler. “I blew revelry, meal calls, and taps,” he says. “And being a bugler, when finished I could walk to the front of the line to get fed.”

Hardaker was discharged on December 7, 1945, exactly four years after the bombing of Pearl Harbor.

Initially from Holyoke, Massachusetts, his family moved to Kearny, New Jersey in 1933. Hardaker has lived in 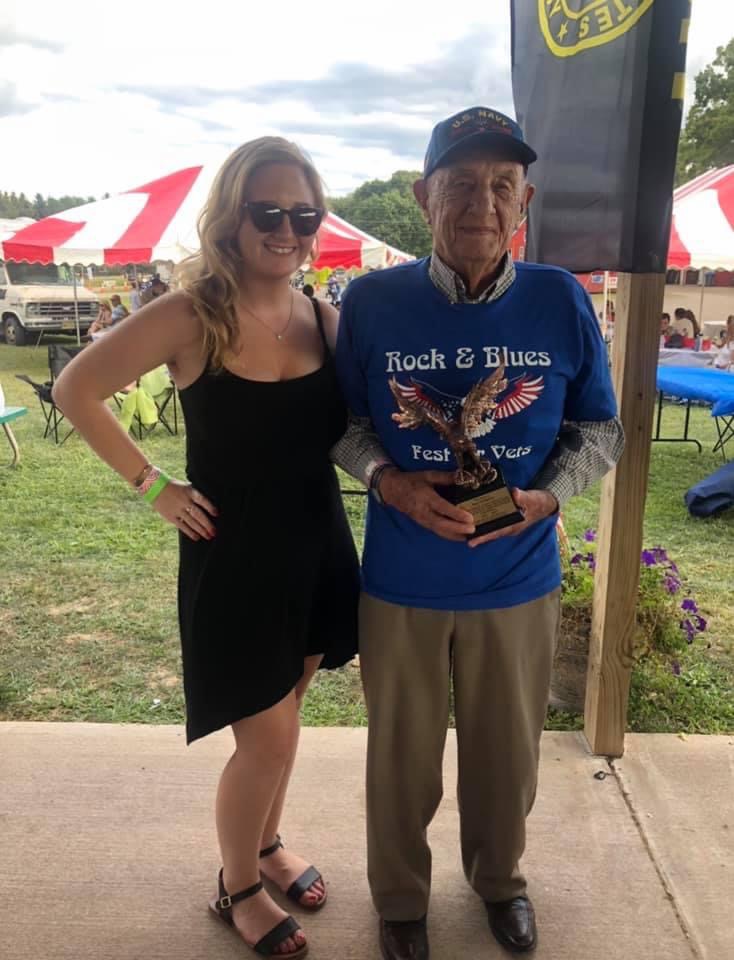 Pompton Plains since 1955. He and his late wife, Charlotte – whom he met in 1950 – raised four children in town (he has another daughter from a prior marriage who lives in Arkansas), and he is fondly known as a former crossing guard for fourteen years in town, the most at Pequannock Valley Elementary School.

“There are not many WWII veterans like him left,” says Brittany. “He still has all of his wits about him, and loves to stay active by keeping a garden in the backyard (he grows eggplants, green beans, peppers, tomatoes, zucchini), keeping his mind active by doing puzzles or educating himself by watching the History channel or things on TV about the war, or anything that he finds interesting.”

The perfect day for grandpa and granddaughter? “I would definitely say one of the perfect things I’ve learned from him is how to garden myself,” she says. “A perfect day for me would be to spend a day out in the backyard, digging up the garden, and learning his tricks of the trade, how he kept it going for so long, and learning how to pass that down to my kids.”

In 2019, Bud was honored at the annual Rock and Blues Fest for Vets event in Flemington. He was the honorary speaker for over 600 people, the attendees being mostly veterans and current military. After speaking to those gathered about his experiences of being in a submarine, he was approached by many in admiration of his service.

“He is a proud Navy veteran and an even prouder father, grandfather, and great grandfather,” says Brittany. “He wears his WWII Navy Veteran hat proudly every day. I could also not be prouder to be his granddaughter.”